A 53-year-old Illinois man who fell to his death in Yellowstone National Park last year was looking for a supposed hidden cache of gold and jewels that has inspired thousands to hunt in vain across remote corners of the Western U.S., according to a report by park authorities.

Billings news station KULR-TV reports that Jeff Murphy of Batavia, Illinois, was looking for the treasure that antiquities dealer and author Forrest Fenn said he stashed somewhere in the Rocky Mountains several years ago.

The investigation by Yellowstone officials into Murphy's death was kept private, but KULR-TV obtained it through a Freedom of Information Act request.

The investigative report reveals Murphy's wife told park authorities that Murphy was looking for the treasure when she called to report him missing.

The report ruled the death an accident.

The lure of the treasure, which is said to be worth nearly $2 million, has prompted thousands to comb areas of New Mexico, Yellowstone National Park and elsewhere.

Murphy is one of at least several people who have died while looking for the treasure. Two Colorado men died in New Mexico while searching for it.

Fenn has dropped clues to the chest's whereabouts in a cryptic poem in his memoir, "The Thrill of the Chase."

Fenn told the Gazette in July 2016 that one or two treasure hunters go missing while searching for his treasure every year. Most are found alive. A few years ago, a man was rescued by a helicopter from a snow-covered mountain after an unexpected night in the wilderness.

“It’s always a concern but what do you do about that?” Fenn said at the time. “A man goes hunting in the woods and gets lost, who do you blame? The man? The game? The fish? Who?”

Fenn is a retired United States Air Force Pilot in his 80s who moved to Santa Fe in 1972 and started a career as an art dealer. He has also written at least 10 books. He said he hid the treasure about eight years ago, before he finished writing his memoir.

In 2016, Fenn adamantly maintained the treasure chest was not a hoax. He described the box as 10 inches by 10 inches and 5 inches deep. He’s never speculated on the total value or had the chest’s contents appraised. But he said he mostly filled it with gold because of its small size and high value.

Fenn said the box contains 20.2 troy pounds of gold including 265 coins and gold nuggets, some as large as a “chicken’s egg.” There’s also precious gems including rubies, emeralds and diamonds. He even threw in a couple pre-Columbian bracelets he said are more than 2,000 years old. The chest weighs 42 pounds loaded.

He said he decided to hide the treasure at the height of the Great Recession to give people hope. Anyone could go out and strike it rich while spending time with loved ones in nature.

“I wanted a man and his wife to get their kids off the couch, out of the game room and out in the mountains looking for treasure,” Fenn said.

Nine clues are included in a 24-line poem published in "Thrill of the Chase." He’s also said the treasure is hidden in the Rocky Mountains somewhere north of Santa Fe but south of the Canadian border. Most hunters search in New Mexico, Fenn said.

He said he hid the box himself and hasn’t confided the location to anyone. He said he planned to take the secret to his grave. But he did offer some personal history that could make southern Montana and northern Wyoming prime hunting grounds.

Fenn said he grew up in Temple, Texas, but his father was a school teacher and the family spent their summers in West Yellowstone where coincidentally he sold the Billings Gazette and Montana Standard in his early teen years.

He had spent a lot of time in Cody as a former member of the board of trustees and current emeritus at the Buffalo Bill Center of the West. Fenn is also a lifelong pilot. He enjoyed flying into the Billings Logan International Airport and frequently visited the site of the Battle of the Little Bighorn.

MAMMOTH HOT SPRINGS, Wyo. — Searchers have found the body of a 53-year-old man who was reported missing in Yellowstone National Park.

As Billings' residential snowplowing fund dwindles, this man has an idea: crowdfunding

Dexter Jensen has an idea to help replenish the city’s residential snowplowing coffers — five and 10 dollars at a time.

Miserable weather to continue all day in Billings

If your car actually started on the first try this morning, go buy yourself a lottery ticket.

"For every mystery, there is someone, somewhere, who knows the truth. Perhaps that someone is watching. Perhaps... it's you."

A Billings Police Department employee was fired earlier this month after stealing prescription painkillers from the evidence locker, police sa…

Carbon County law enforcement is asking for the public's help in locating a man who has been missing since Monday.

Attorneys in a decades-old child rape case revived by DNA evidence will present oral arguments before the Montana Supreme Court in April.

Wyoming native Breezy Johnson will race Tuesday night in the Olympic downhill event in South Korea. The 22-year-old Johnson is ranked 14th in the world in the discipline and is coming off back-to-back World Cup downhill top 10 finishes. Johnson raced to a career-best result of 14th in Friday's super-G during her Olympic debut.

United Airlines plane slides off runway in Wyoming, no injuries

GILLETTE, Wyo. — A passenger jet carrying 33 people slid off the runway at the Gillette-Campbell County Airport in northeast Wyoming.

Another sunny day in Billings will be slightly warmer on Wednesday, although the National Weather Service predicts wind chills as low as minus…

First show at Bobcat Stadium in Bozeman since 1981: Imagine Dragons

Montana State University and Live Nation have confirmed a Thursday, July 26, Imagine Dragons concert at Bobcat Stadium in Bozeman as part of t…

ROCK SPRINGS, Wyo. — A Montana man pleaded not guilty in a Wyoming court to the alleged aggravated vehicular homicide of his daughter.

The body of a man who had been missing 12 days was found Tuesday, according to Sweet Grass County officials.

Climber rescued from Yellowstone canyon was hunting for famous treasure

An Indiana man who illegally rappelled into the Grand Canyon of the Yellowstone this month before having to be rescued says he was searching for hidden treasure. 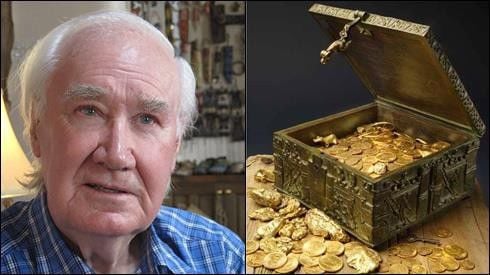 Forest Fenn and his alleged "treasure." 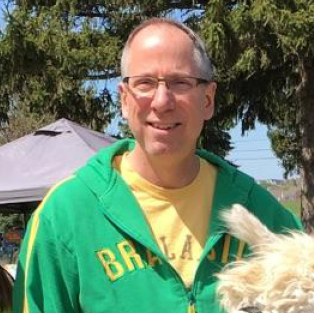