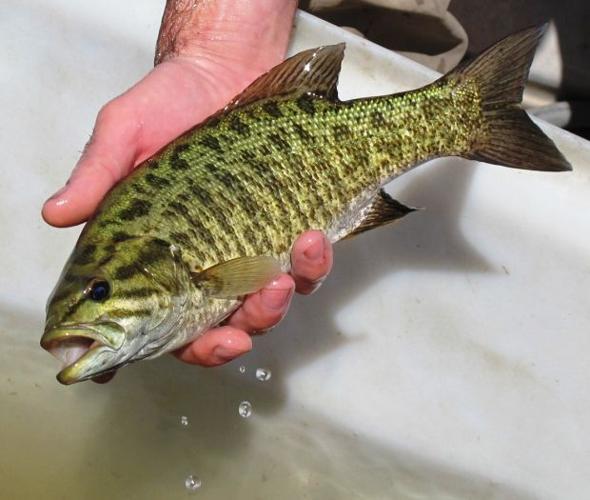 Smallmouth bass caught in the upper Yellowstone and Shields rivers must now be kept and reported to the Department of Fish, Wildlife & Parks. 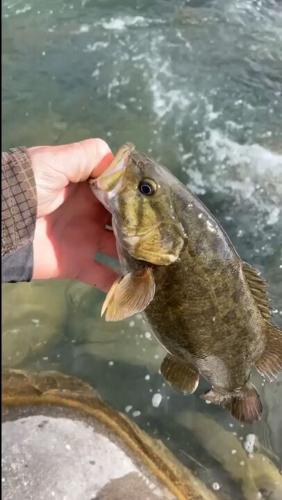 Raef Smalley holds a smallmouth bass he caught at the confluence of the Gardner and Yellowstone rivers on Feb. 19.

A mandatory catch, kill and report regulation was approved by the Montana Fish and Wildlife Commission on Tuesday. The rule will apply to any smallmouth bass caught in the Shields River and in the Yellowstone River between Springdale and the Yellowstone National Park border.

The new regulation comes in the wake of Bozeman angler Raef Smalley’s catch of a smallmouth bass on Feb. 19, just downstream from where the Gardner River enters the Yellowstone River. Not knowing the species shouldn’t be there, he filmed and released his catch.

When Yellowstone National Park’s fisheries biologist found out about the catch so close to the park border, he sounded the alarm. The end result is the new regulation. By catching, keeping and turning in any smallmouth bass caught in the upper river, Montana Fish, Wildlife & Parks is hoping to find out where the fish came from. That can be done by analyzing the fish’s otolith, a bone in a fish’s ear that can show how old it is and where it was born.

The theory right now is the bass was illegally planted in the river, and not an upstream migration, because it was 34 miles above where any smallmouth bass has been identified by FWP in the past, said Eileen Ryce, fisheries bureau chief.

“Additionally, we worked with the (U.S. Geological Survey) to do some eDNA sampling, and they did not find any eDNA in that area to suggest that there were smallmouth bass in between,” Ryce said. “So our guess right now is that it was a new introduction.”

Environmental DNA, or eDNA for short, is a way to sample water for shed cells from organisms.

Any angler who catches a smallmouth bass within the designated area on the Yellowstone or Shields rivers are required to report it to FWP within 24 hours by phoning 406-577-7900. Anglers will be asked to provide the location, date and time of capture and may be asked to provide their full name, ALS number and phone number. Anglers are required to turn in the whole smallmouth bass to an FWP office within 10 days of capture (frozen is allowed) during regular business hours.

The catch of a smallmouth bass close to Yellowstone National Park's border is causing concern the invasive species may be moving in.

The presence of smallmouth bass in Cottonwood Reservoir was confirmed by a Montana Department of Fish, Wildlife & Parks biologist this spring.

Across Yellowstone National Park more than 26,000 light fixtures will be converted to LED bulbs, part of a parkwide effort to meet sustainabil…

Smallmouth bass caught in the upper Yellowstone and Shields rivers must now be kept and reported to the Department of Fish, Wildlife & Parks.

Raef Smalley holds a smallmouth bass he caught at the confluence of the Gardner and Yellowstone rivers on Feb. 19.