'Marshall Plan for Indian Country': Wave of federal money flows to reservations
Share this
1 of 2 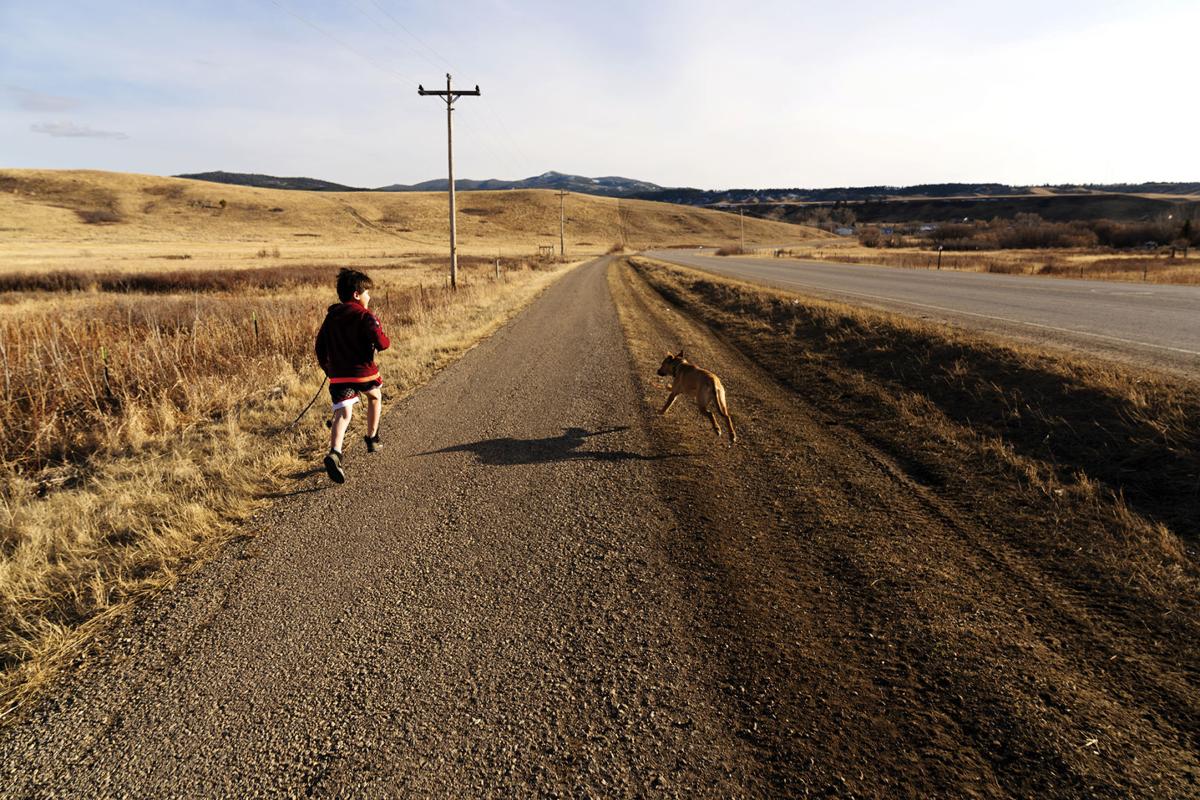 Members of Montana's 13 Indian tribal nations have endured decades of generational trauma and cultural erasure. The onset of the COVID-19 pandemic last March brought new threats but also triggered a massive flow of financial assistance to Indian Country across the United States.

Scott Gion, Lame Deer’s assistant principal, walks a student to her first in-person class of the day after she picked up her breakfast. The school provides two meals a day and a safe structured space for students, Gion said. Montana Indian reservations received about $200 million from the 2020 CARES Act to assist with everything from schools to health clinics and sewer lagoons. The 2021 American Rescue Plan Act may deliver another $500 million to Montana Indian communities this year.

This summer, Indian Country will receive the largest infusion of federal money in the history of the United States.

For Montana’s 13 tribes and seven reservations, that could mean around $500 million to spend recovering from the COVID-19 pandemic and its accompanying economic devastation. The money may also fix problems that burdened reservation communities long before the virus threatened their cultural survival.

The American Rescue Plan Act includes $20 billion for tribal governments “to respond to the COVID-19 emergency and bring back jobs,” according to the U.S. Treasury.

Of that, two-thirds ($12.35 billion) will go to reservation communities based on their self-certified tribal enrollments. All tribes have been asked to submit their April 2021 population numbers. The deadline to request funding is Monday.

The remaining third goes to reservations based on tribal employment data from May 2020. Those numbers were also used to distribute funds in the first CARES Act allocation last year. This will come as a second payment, with a filing deadline of June 7.

This round of money can be used for public health responses; economic damage to workers and businesses; “equity-focused services” such as violence intervention programs, housing development and school resources; tribal government revenue shortfalls; premium pay for essential workers; and water/sewer/broadband infrastructure.

In addition, another $6 billion will go to Indian-centric federal departments including the Bureau of Indian Affairs, Indian Health Service and Bureau of Indian Education. Those agencies have a variety of relationships with tribes, providing cooperative services for some and completely handling or duplicating things like law enforcement elsewhere.

Even so, numerous studies have found the federal government hasn’t lived up to its promises for Indian Country. Two U.S. Commission on Civil Rights reports in 2003 and 2017 documented how the average Indian gets half as much education funding each year as non-Indians, according to Eric Henson of the Kennedy School of Government at Harvard University.

“It’s not going to overcome the impact of the pandemic everywhere for everybody,” said Henson, who co-authored several policy papers on the ARPA spending with Kalt. “And it’s not going to fix 100 years of under-investment in tribal lands. This pile of money rolled out this year won’t undo what those commissions on civil rights identified.

"It’s a chance to address some of those things, but it won’t make Indian country as prosperous as the rest of the United States on average," he added. "That doubles the needs of tribes to be really strategic and put this money to use. It’s going to be really exciting over the next couple years to see how these tribes use these funds.”

Already in Montana, tribal governments have launched multi-million dollar projects aimed at long-term problems on their reservations. The newly recognized Little Shell Tribe of Chippewa Indians has started construction on a medical center after decades of inequity in health care access. The Blackfeet Nation has begun replacing its old copper phone wires with fiber-optic lines capable of modern internet service. Fort Belknap invested in its economic development program. And the Confederated Salish and Kootenai Tribes on the Flathead Indian Reservation bought new housing to address both short-term pandemic quarantine needs and long-term homelessness.

Some efforts have already had controversial outcomes. The Crow Reservation spent a significant amount of its $24.2 million 2020 allocation on a new police force, which was disbanded five months later. The exact amount is still under investigation.

The 2020 CARES money put tribes everywhere in a bind. Although the legislation passed last March, a challenge over allocations to some Alaskan tribal corporations held up payouts for most of last summer. And the Treasury Department set a Dec. 31 deadline for spending everything.

That deadline got extended to the end of 2021, but not before many tribes scrambled to spend their accounts as a sprint rather than a marathon. Many provided direct cash payments to tribal members similar to the economic stimulus payments sent to Americans in general.

“Now we’ve got some more time,” Henson said of the 2021 funding. “Because you have two and a half years here, if you’re a tribal leader, you can take a step back. You can prioritize and engage in right planning, so the investments you make with this money will have returns for the long haul. You can fix your sewer system so you have water for the next 25 years.”

On March 27, 2020, the Coronavirus Aid, Relief, and Economic Security Act was signed into law. This $2.2 trillion economic stimulus, also known as the CARES Act, was intended to provide critical assistance in response to the coronavirus pandemic.

Of that, $8 billion went to tribal governments across the country. The eight federally recognized tribal nations in Montana received $200 million collectively, with each tribe allocated between $9 million and $33 million. Though the spending had to tie back to the coronavirus in some manner, individual tribal governments were largely free to use the money in ways that best served their communities.

The Missoulian and the University of Montana School of Journalism’s Native News Honors Project spent the past four months researching how this money has been used across the state’s Indian reservation communities. Reporting this series of stories was made possible by a grant from the JSK-Big Local News Data Reporting Project at Stanford University.

Those stories will be published in a special section and in Lee Enterprises newspapers beginning on Sunday, May 30.

Members of Montana's 13 Indian tribal nations have endured decades of generational trauma and cultural erasure. The onset of the COVID-19 pandemic last March brought new threats but also triggered a massive flow of financial assistance to Indian Country across the United States.

Scott Gion, Lame Deer’s assistant principal, walks a student to her first in-person class of the day after she picked up her breakfast. The school provides two meals a day and a safe structured space for students, Gion said. Montana Indian reservations received about $200 million from the 2020 CARES Act to assist with everything from schools to health clinics and sewer lagoons. The 2021 American Rescue Plan Act may deliver another $500 million to Montana Indian communities this year.