The missing and endangered person advisory for 15-year-old Angel Four Bear has been canceled. According to law enforcement officials, she was found safe.

Law enforcement thanked the public for their assistance.

A missing and endangered person advisory was issued in Montana for Four Bear, who was believed to be with a man under investigation for sex crimes.

Angel Four Bear is described as a 15-year-old Native American girl with brown hair and black eyes. She was last seen on March 7.

She was believed to be with Shane Amyotte, who is under investigation for sex offenses against a minor, and his mother Janalene Amyotte. Shane Amyotte is described as an 18-year-old Native American man with brown hair and brown eyes.

They were possibly headed back to Fort Peck from the Crow reservation in a red SUV, possibly a Ford Bronco with "22" county plates. 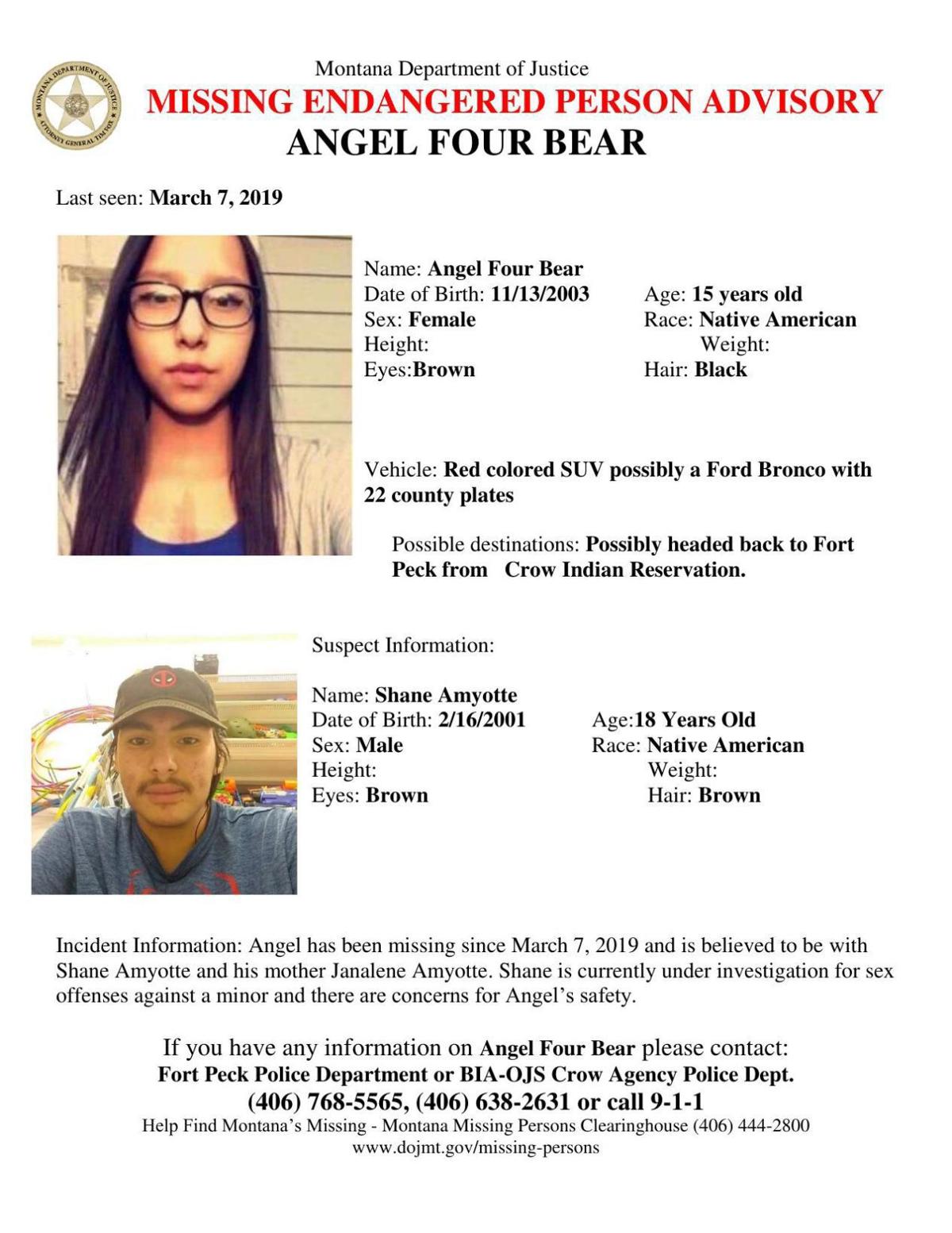 There has never been a day Diane Lynn Medicine Horse's children didn't think of her, her daughter Natasha Rondeau said. She is in their hearts, but she hasn't been seen alive since Sept. 28, 1981.