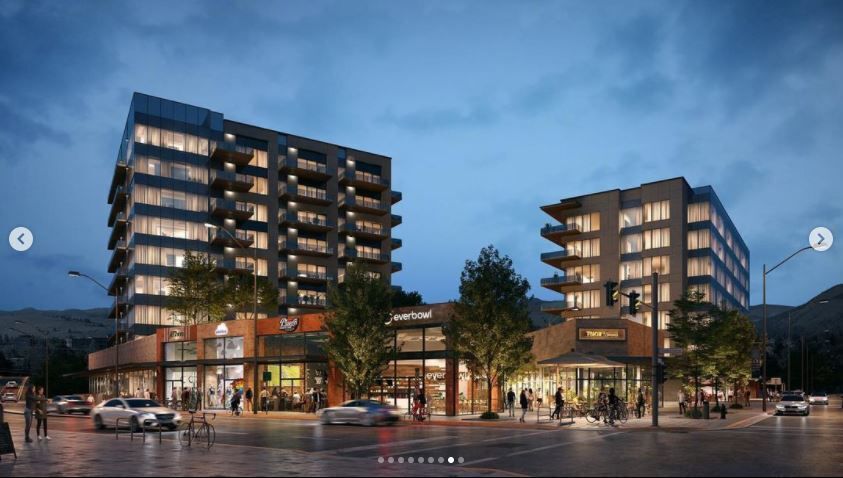 A conceptual design of what the Higgins Riverfront development might look like. The site is currently occupied by the Missoulian building. 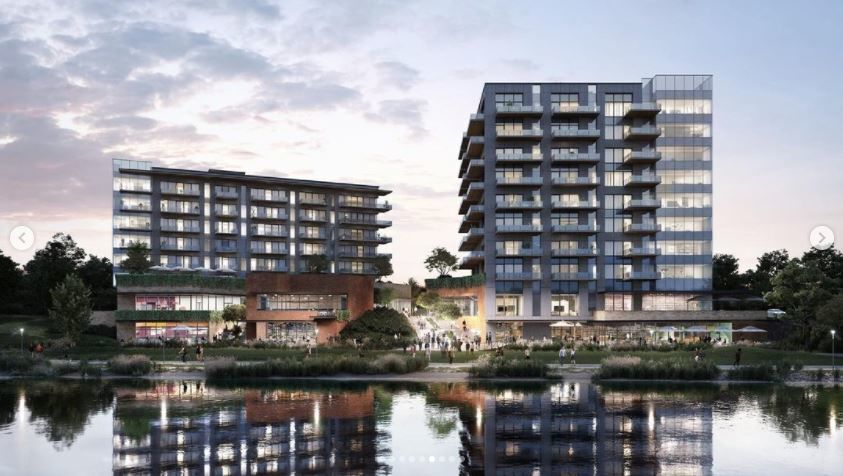 A conceptual image of what might be built at the site of the Missoulian building. 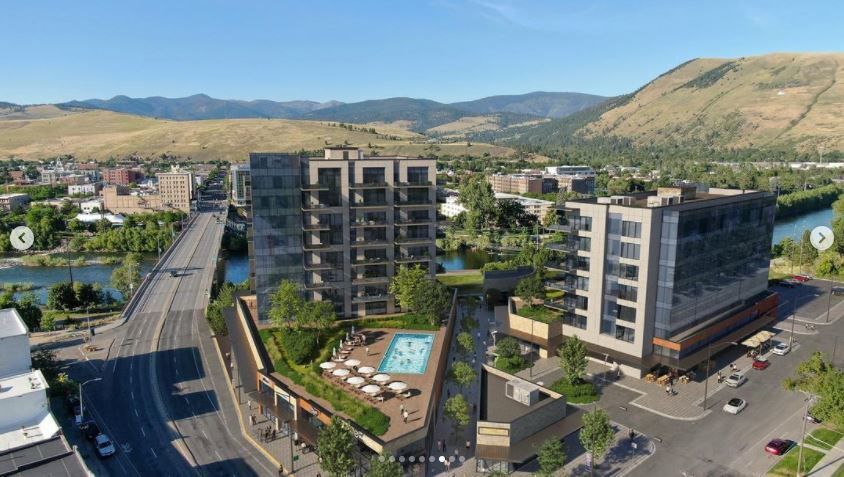 A concept image of what might be built at the Missoulian building site.

Several Missoula City Council members have been inundated with calls and emails and are working on a way to respond to public outrage over a proposal to redevelop the Missoulian building site.

Last week, a team of developers announced they’ve purchased the newspaper property at 500 S. Higgins and have plans for a $100 million project that includes high-end condos, restaurants and other retail spaces. The Missoulian newspaper will move to a new office in the city in the spring.

The proposal and the conceptual designs drew the ire of many people in Missoula because there's an ongoing affordable housing crisis and concern is high over gentrification. Also, one of the out-of-state developers, Aaron Wagner, had to apologize last week after a series of vile and insulting comments he made toward locals on Instagram.

Councilor Gwen Jones, who represents Ward 3 — which includes the Missoulian property — said many people appear to think that the council somehow has the power to block the development.

She's received 40 emails and many of her fellow council members spent the weekend responding to people, she said.

Jones and some council members are putting together an op-ed to clarify their position on the issue, she said. She also planned on addressing some concerns at Monday night's city council meeting.

"The majority of the emails I've gotten are expressing an incredible frustration with affordable housing in Missoula, which I get," she said. "We've been working on it for years and we're going to keep working on it."

Jones recently asked mayor John Engen which three issues are going to take up most of the council's time next year, and he responded "housing, housing and housing," she said.

"I would also put climate change in there, but the point is yeah, it's a huge issue," Jones said. "We need state and federal tools to come in and help because we've been doing a huge amount of lifting at the local level. But as evidenced by these emails, we need to make more progress on it."

Jones has three college-age kids who might never be able to live here, she said.

"People feel it slipping away," she said.

Jones is aware of an online petition that opposes redevelopment of the site, she said. It had garnered more than 6,440 signatures as of Monday afternoon. The petition, created by an anonymous user at Change.org, doesn’t have any legal power. However, it directs people to call their local government representatives.

"If you believe in sustainable development, and oppose wealthy, California/Utah developers exploiting your city to build more second homeowner condos — which only furthers the divide in our community already struggling with affordable housing — please consider signing this petition,” it states. “Tell Missoula City Council and Mayor John Engen that Wagner Capital and Bergquist Development should respect, not exploit, the citizens of Missoula.”

Daniel Carlino, who won a seat on the city council in the November election but hasn’t been sworn in yet, posted on social media over the weekend about his opposition to the project.

“This development proposal doesn’t seem to match our community’s character or Missoulians’ values, so we must not let this be the start of a new wave of gentrification,” Carlino wrote on Instagram. “Although the City Council has already approved the rezone of this area and the developer has purchased the old Missoulian building, it’s not too late to stop this wave. It’s a great time to speak up!”

Carlino directed his followers to contact the developers, Mayor Engen and the city council to voice concerns about the project.

When asked if he's concerned that he's giving people an unrealistic expectation that the city council and the mayor have the power to stop or drastically alter the project, Carlino said he thinks people should be heard.

"I believe the mayor and the city council need to hear from Missoulians about the direction we're wanting to go in the future," he said. "People are upset about housing and rental price increases and some of the role local government has played in gentrifying parts of Missoula."

Jones said she's aware of Carlino's online posts. She added that many people don't understand that the planning board and city council had limited information about the project when both boards approved a rezone on the site earlier this year. The rezone allows housing and other commercial uses on the site, in line with what's allowed on the Hip Strip, and also allows a 125-foot height.

"Often times a rezone comes through and we don't know who is going to buy the property and that's not part of the equation," Jones said. "We cannot condition a rezone. We cannot say, 'oh we want to condition affordable housing.' Under Montana state law, that's not allowed. It's a straight thumbs up or thumbs down vote. We passed it on the information in front of us."

She recalls that Missoula's growth policy, approved with lots of public input, calls for high-density housing and commercial development at the site of the Missoulian building. That's why the city council and planning board approved the rezone, she said.

"So when someone buys it, under our private property capitalistic system, they get to decide how they develop it," Jones said. "As long as they come to the city with an application that is compliant, then the permit will be granted. Otherwise we are overstepping our boundaries and opening ourselves up to a lawsuit that we're going to lose."

She noted that the developers will still be required to abide by the new design excellence standards, adopted by the city council after outrage over the neon-soaked Verizon store on East Broadway was built.

Jones thinks the comments made by developer Aaron Wagner last week were "reprehensible," she said.

"His insensitivity went to a vulnerable place and he hit a nerve," she said.

Montana Rail Link being taken over by BNSF Railway

BNSF Railway announced plans Monday to take over Montana Rail Link and its 900 miles of track in Montana and Idaho.

A U.S. District Court judge sided with bison advocates this week by ordering the U.S. Fish and Wildlife Service to revisit its decision regard…

In the Tom Miner Basin near Yellowstone National Park, a ranching family has worked to live alongside grizzly bears by modifying their own behaviors and livestock, and by adopting unique technology.

Who you looking at? Camera trap wins photographer international award

Costs incurred while fighting the COVID-19 pandemic have pushed nursing homes to operate at a loss across the country, and Montana is no exception.

Baker woman killed in rollover crash outside of Ekalaka

A Baker woman died Wednesday in a rollover crash outside of Ekalaka.

A Colorado skier who was reported missing Thursday at Lost Trail Ski area has been found deceased on the Idaho side of the divide.

A conceptual design of what the Higgins Riverfront development might look like. The site is currently occupied by the Missoulian building.

A conceptual image of what might be built at the site of the Missoulian building.

A concept image of what might be built at the Missoulian building site.