A Montana family's decade-old lawsuit alleging that racial discrimination tainted an FBI investigation into their relative's shooting death is getting renewed attention amid a swell of activism around unsolved cases involving missing and slain Native Americans across the nation.

Dozens of people from the Crow, Northern Cheyenne and Blackfeet reservations filled a Helena courtroom Tuesday to listen as the attorney for Steven Bearcrane's family said his 2004 death illustrates how the FBI provides fewer law-enforcement services for Native Americans compared to the rest of the population.

It was the first time in the case's long history that so many people have rallied in person behind Bearcrane's family, lawyers for the family said. Attorney Patricia Bangert attributed that in part to the effects of a national advocacy movement and recently passed state laws that aim to improve how authorities respond to crimes against American Indians.

"What this told the judge is that people are watching," Bangert said of those in attendance. "I've found that most people off the reservation have no idea this is going on."

The FBI says there is no proof or evidence of discrimination by the agent or the agency, and is asking U.S. District Judge Sam Haddon to dismiss the case without a trial. Bangert said the FBI is fighting the case because it would cost millions of dollars more for the agency to provide the same level of service and protection on reservations as it does to the non-Native population.

Among those in the courtroom was Melinda Harris Limberhand, whose daughter Hanna Harris was killed on the Northern Cheyenne reservation in 2013. She was the inspiration for "Hanna's Act," a bill passed by the Montana Legislature this year that addresses what supporters call an epidemic of missing and murdered indigenous people.

Harris Limberhand said she doesn't know Bearcrane's family, but she traveled across the state to support them because she sees their case reflected in her own struggle.

"The family's been fighting for over 14 years and there really hasn't been justice," Harris Limberhand said. "They need closure and justice."

Bearcrane, a Crow tribal member, was shot to death by Bobby Gene Holcomb, a white man, inside a trailer on a ranch on the Crow reservation on Feb. 2, 2005. There were no eyewitnesses to the shooting, and reports at the time said variably that the two men got into a dispute over the treatment of a horse and that Bearcrane was shot while trying to break into the trailer.

The FBI investigation concluded the shooting was self-defense, and prosecutors declined to charge Holcomb with a crime.

Bearcrane's family said the FBI agent leading the investigation made racist remarks against Native Americans and ignored testimony and evidence that went against the self-defense theory. The investigator also failed to collect other evidence, such as testing Holcomb for drugs and alcohol, saying there was no probable cause to do so, Bangert said.

The investigator did his job by sifting through the evidence, weighing the inconsistencies of testimony and making a determination, said Kelly Heidrich, a Department of Justice attorney representing the FBI.

The judge should defer to the FBI over how a murder investigation is conducted due to its complexity compared to other crimes, she said.

"A homicide investigation is not a drunk-driving accident," Heidrich said.

The case by Bearcrane's family – father Cletus Cole, mother, Earline Cole and daughter Precious Bearcrane – has been whittled away over the years by the courts. One ruling that particularly hurt their case was the rejection of their charge that the FBI had violated Bearcrane's equal-protection rights in investigating his death.

The judge ruled a person's constitutional rights can't be violated after death.

The family now has one charge that they are fighting to keep alive in court - that the FBI's discriminatory investigation caused the parents' and daughter's application to be rejected by a state board that compensates crime victims.

Harris Limberhand said the victims' compensation fund can be a great aid to financially struggling families. She said she received approximately $10,000, which helped pay for her daughter's headstone and casket.

Bearcrane's family said the FBI is creating a barrier to their ability to access compensation, which is a violation of their equal-protection rights under the Constitution. FBI attorneys say the family can't prove the investigation was a direct cause of the third-party's action.

U.S. District Judge Sam Haddon did not make an immediate ruling on the FBI's request to dismiss the case.

The relatives of two Crow tribal members who died on the reservation are suing federal officials, alleging discrimination in investigating and…

No charges in shooting death

No charges will be filed in the shooting death of a Billings man last year on a ranch on the Crow Indian Reservation.

The Missing Indigenous Persons Task Force met for the first time in Helena on Tuesday as it looks at jurisdictional challenges and awards grants aimed at addressing the issue of missing and murdered Native women and men. 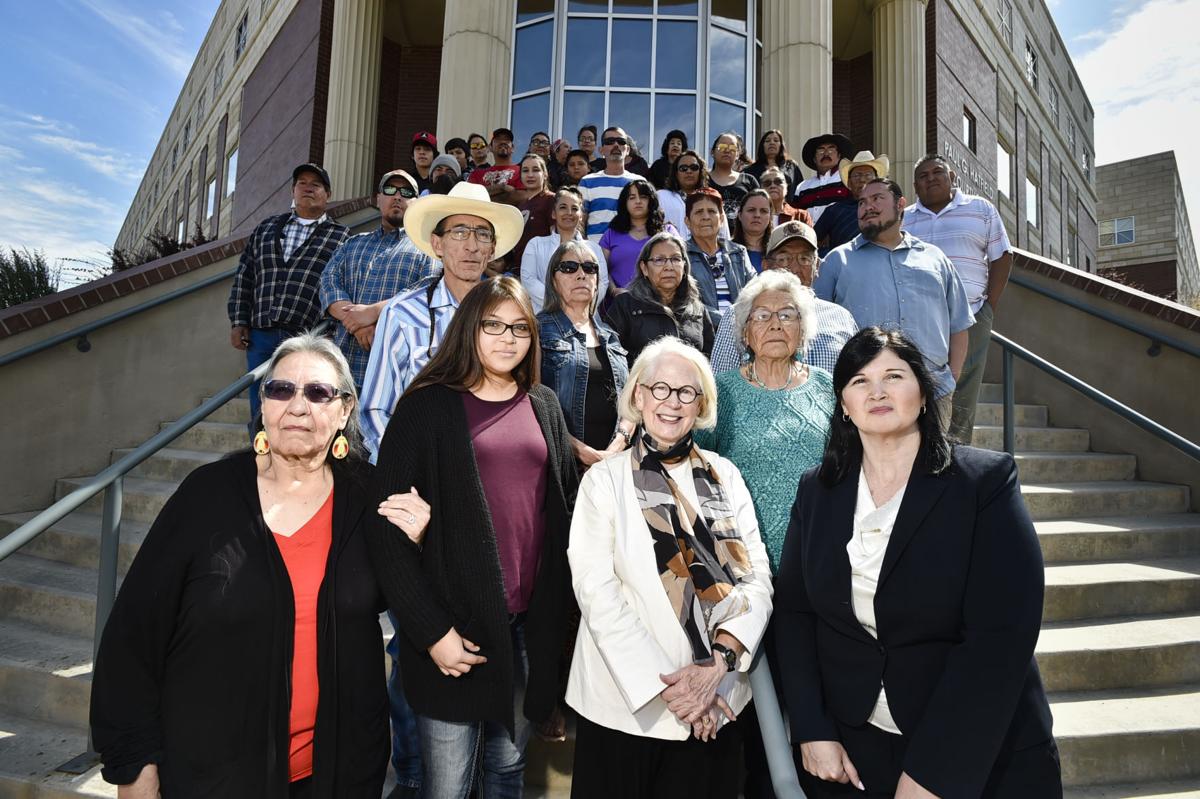 The family of Steven Bearcrane-Cole, first three rows, along with their attorneys stand with dozens of supporters on the steps of the Paul G. Hatfield Federal Courthouse on Tuesday in Helena. 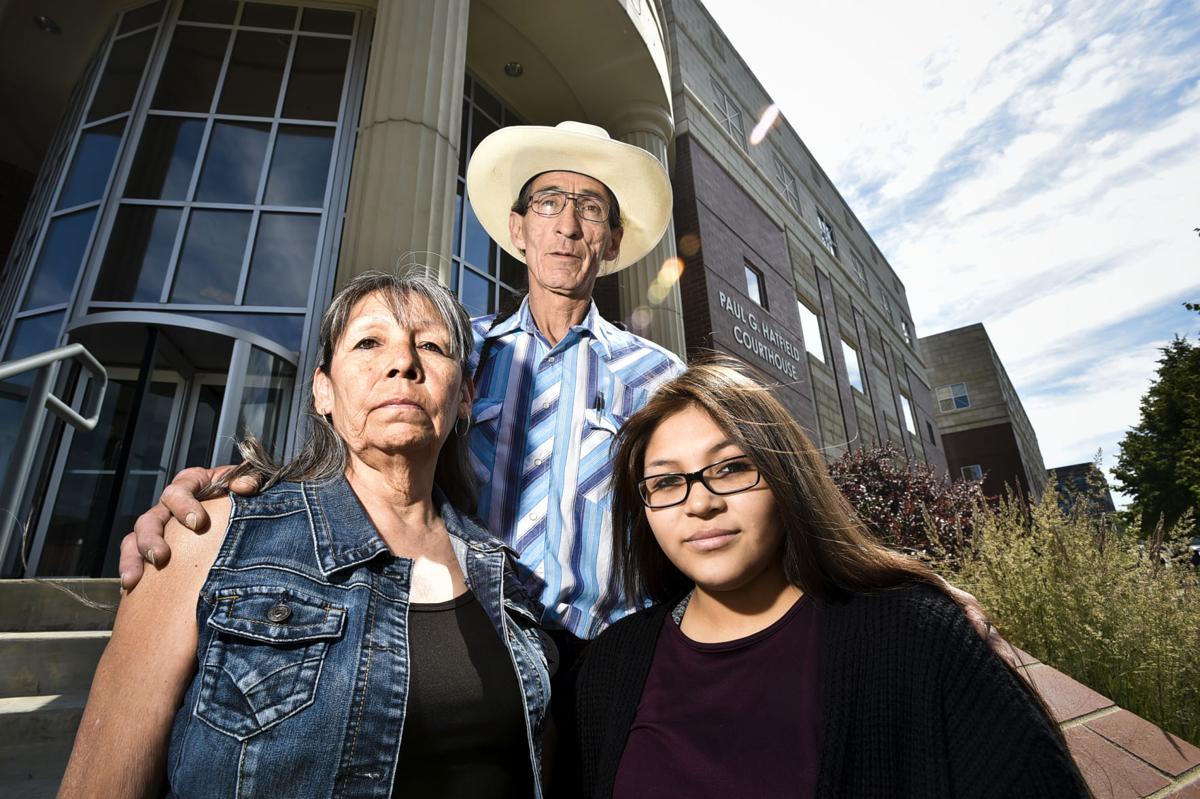 Cletus Cole, mother, Earline Bearcrane Cole, father, and Precious Bearcrane, daughter, to Steven Bearcrane Cole, who was shot to death in 2004, stand on the steps of the Paul G. Hatfield Federal Courthouse on Tuesday in Helena after a hearing in the 10-year-old civil lawsuit questioning the FBI investigation into Bearcrane's death.