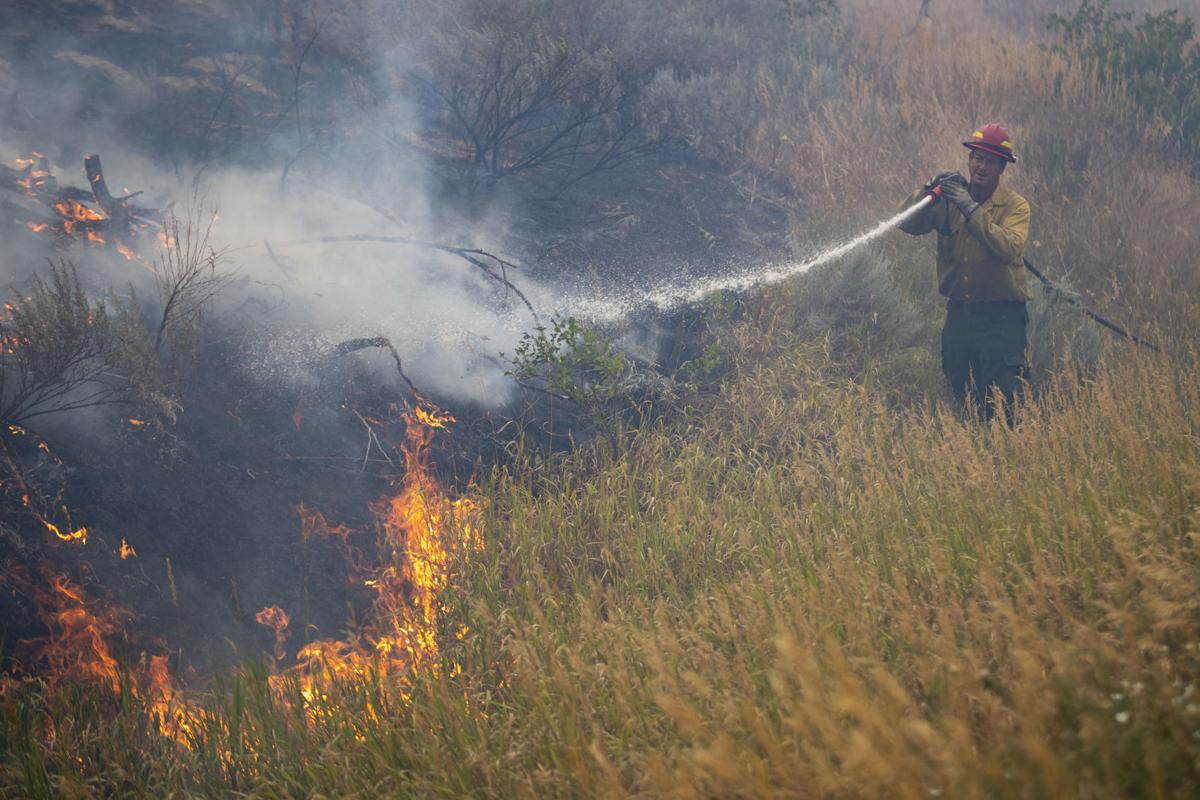 Firefighter Greg Patterson with the U.S. Fish and Wildlife Service fights flames as the Richard Spring fire moves towards Ashland in August. 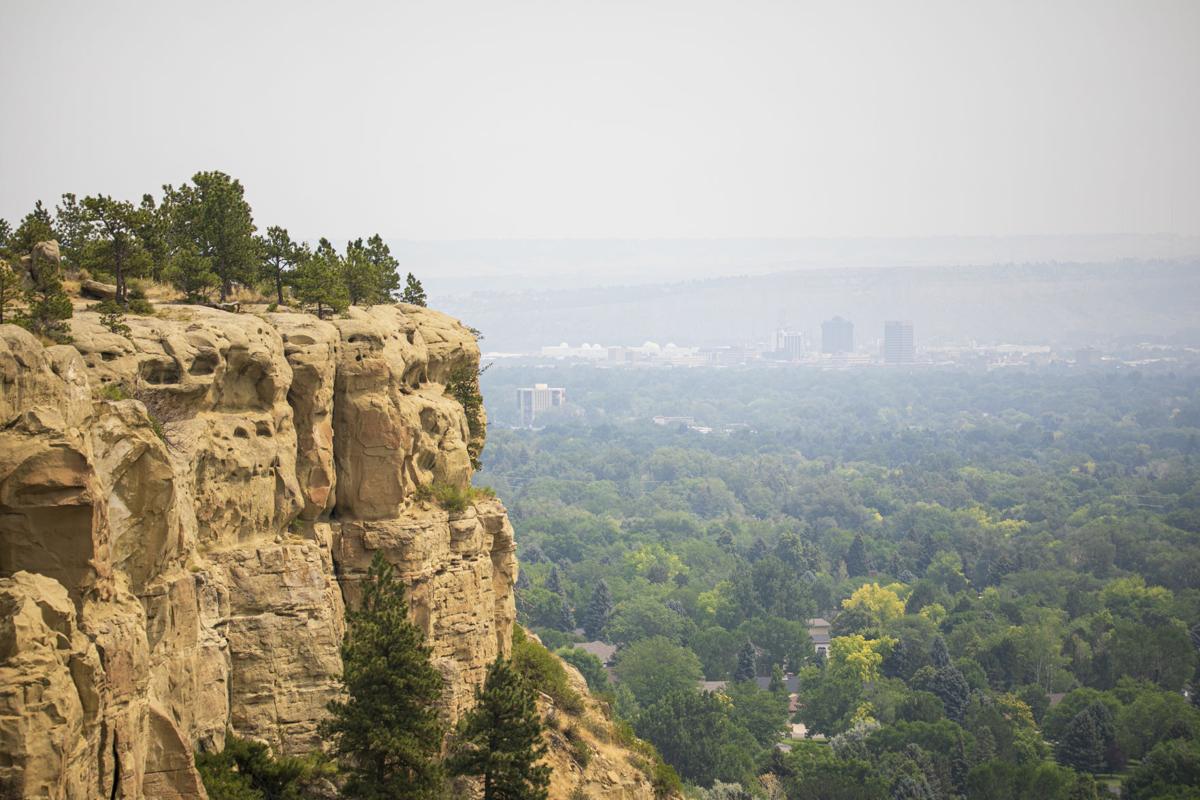 In this July photo, a haze hangs over downtown Billings as smoke from fires in the West blankets most of Montana.

Despite Montana enduring a second year of drought conditions with record high summer temperatures, the state’s 2,300 wildland fires have so far been contained to about 870,000 acres.

That hasn’t been easy.

“It took more resources than average because of those critical fire conditions with the drought and the fire activity that we were seeing on the landscape,” said Sonya Germann, Forestry Division administrator for the Department of Natural Resources and Conservation. Germann provided the update during a presentation to the Environmental Quality Council on Tuesday.

Thanks to the continuing drought, Germann said the state “saw a lot of critical fire conditions much earlier than we have seen in previous years.”

Thanks to quick initial attack, often by local firefighting crews, about 95% of fires were contained in a summer that has hammered other western states, including California, Washington and Oregon.

However, there’s little good news on the horizon as Montana has slid so far into a moisture deficit that it will take above-average moisture to pull it back from its severe drought status, especially in the northeast and southwest corners of the state, said Michael Downey, Water Planning Section supervisor for DNRC.

“Things have worsened pretty much all over the state,” he said, noting that conditions are much worse than in 2017.

He called June and July “utterly dismal” for precipitation.

“It’s safe to say at this point that this will be a multi-year drought,” Downey added.

Rainfall and cooler weather in August provided some relief for firefighters, however the National Interagency Fire Center is forecasting above normal fire potential for Montana through October, Germann cautioned. The rain provided little benefit to agricultural producers, Downey said.

Just since July 1, firefighting activity has cost the state $54.3 million. That compares to $24.5 million last fiscal year, which ended in June. The 10-year average is $23 million.

In mid-July Gov. Greg Gianforte declared a statewide wildland fire emergency that allowed the state to mobilize the Montana National Guard. Six hundred Guard members were trained, 200 of which were utilized to help when resources were scarce, Germann said. Two National Guard helicopters were also called into state service.

“We face resource shortages every year, but this particular year – because of the activity in British Columbia (and) throughout the nation – we faced significant resource shortages,” she said, requiring close cooperation between agencies.

That was complicated when the DNRC lost one of its helicopters, a Huey UH-1H that crashed on June 15 while fighting the Deep Creek Canyon fire near Townsend. Germann said the agency is unsure whether the aircraft will be replaced. The helicopter was not insured, since insurance is too expensive, she explained.

For more information on Montana’s fire situation, mtfireinfo.org provides updates on where fires are burning, acreage burned and containment levels.

WISE RIVER — Jay Winfield opened the meeting in the Wise River Community Center by empathizing with residents of the Big Hole Valley who have coped for two months with smoke and uncertainty from the Alder Creek Fire.

Firefighter Greg Patterson with the U.S. Fish and Wildlife Service fights flames as the Richard Spring fire moves towards Ashland in August.

In this July photo, a haze hangs over downtown Billings as smoke from fires in the West blankets most of Montana.