At issue is the disease-detecting ability of the Brazilian government’s meat inspection service. The U.S. livestock industry is concerned about bovine spongiform encephalopathy, a neurological disorder that’s also known as mad cow disease.

Livestock groups are calling for U.S. Agriculture Secretary Tom Vilsack to ban fresh Brazilian beef until meat testing is proven reliable. The ban has become more than a debate between cowboy-booted lobbyists and congressional lawmakers.

“They just should not be importing beef from Brazil. Period,” said Neil Glennie, who raises Angus calves near Judith Gap. “It’s just that they’ve had so many problems with hoof and mouth. And now with the mad cow, it just sounds like they’re really slow letting the world know what’s going on.”

Glennie points out this isn’t the first time the United States has considered a ban on Brazilian beef. In 2017, the United States banned beef from Brazil after it was revealed that several meat inspectors were involved in a kickback scheme, which allowed rotten meat to pass inspection. A chemical wash was used to mask the spoilage, according to a U.S. Department of Agriculture investigation.

Glennie and U.S. ranchers were demanding that meat sold in the United States be labeled by country of origin. They wanted their steaks clearly labeled “made in the U.S.A.” The ranchers didn’t get what they wanted; with this new perceived threat from Brazil, Glennie and others are again asking for labeling.

U.S. Sen. Jon Tester, a Democrat from Montana, has been Congress’ advocate for meat labeling. He’s on his second attempt to get United States meat labeled by country of origin. In 2017, Tester was particularly concerned with hoof and mouth disease, which can be passed to humans.

Last week Tester introduced a bill calling for a USDA working group to evaluate the safety threat posed by Brazilian beef. The senator’s proposal calls for suspending beef and beef products from Brazil until the working group reports findings to Vilsack. He noted in a press release Nov. 18 that poorly inspected beef endangered both consumers and the ranchers.

Support for the ban has produced some unusual alliances among farm and ranch groups. Billings-based R-CALF USA, which perpetually battles in court with the USDA and meatpackers over market practices, finds itself in agreement with the National Cattlemen’s Beef Association, which normally aligns with meatpackers.

And, there is no bigger meatpacker than JBS, a Brazilian meat processor that also happens to be one of the three largest packers in the United States.

“It’s time to keep fresh Brazilian beef out of the country until USDA confirms that Brazil meets the same consumer and food safety standards that we apply to all our trade partners,” announced Ethan Lane, NCBA’s vice president of government affairs, in a statement last week.

The Brazil debate is heating at year’s end, just as state level affiliates of national livestock groups have state conventions. The right message to ranchers attending those gatherings is that Brazil beef is out until proven safe, said Jess Peterson, senior policy analyst for the United States Cattlemen’s Association.

The Cattlemen’s Association is a long-time advocate for country-of-origin labeling, the kind that lets consumers know what’s going into the shopping cart.

“The concept that we’ve been working on through USDA is to say ‘Look, those boxes coming in, they’re coming from Brazil. We ought to be passing that information on to the consumer.' That’s kind of a no-brainer,” Peterson said.

Beef imported from Brazil has already been processed into large wholesale portions known as “boxed beef” before being exported. Those large cuts are then carved into smaller portions for sale to retail customers. It’s important to understand that the beef isn’t arriving in the United States for processing at domestic meatpacking plants. The beef isn’t co-mingled with cattle slaughtered in the U.S.

The Tester bill read twice Nov. 17 and referred to the Committee on Finance, isn’t likely to see action at least for several weeks due to holiday breaks and the December rush to keep the government funded.

Montana ranchers turned to local sales in a tough year

One the images that will stick with Jim Steinbeisser long after the COVID-19 pandemic ends is the sight of empty meat cases at supermarkets.

It's been decades since bovine TB was detected in Montana.

“Yield-wise, it will be our worse year since 1988,” said Cassidy Marn, Montana Wheat and Barley Committee executive vice president. 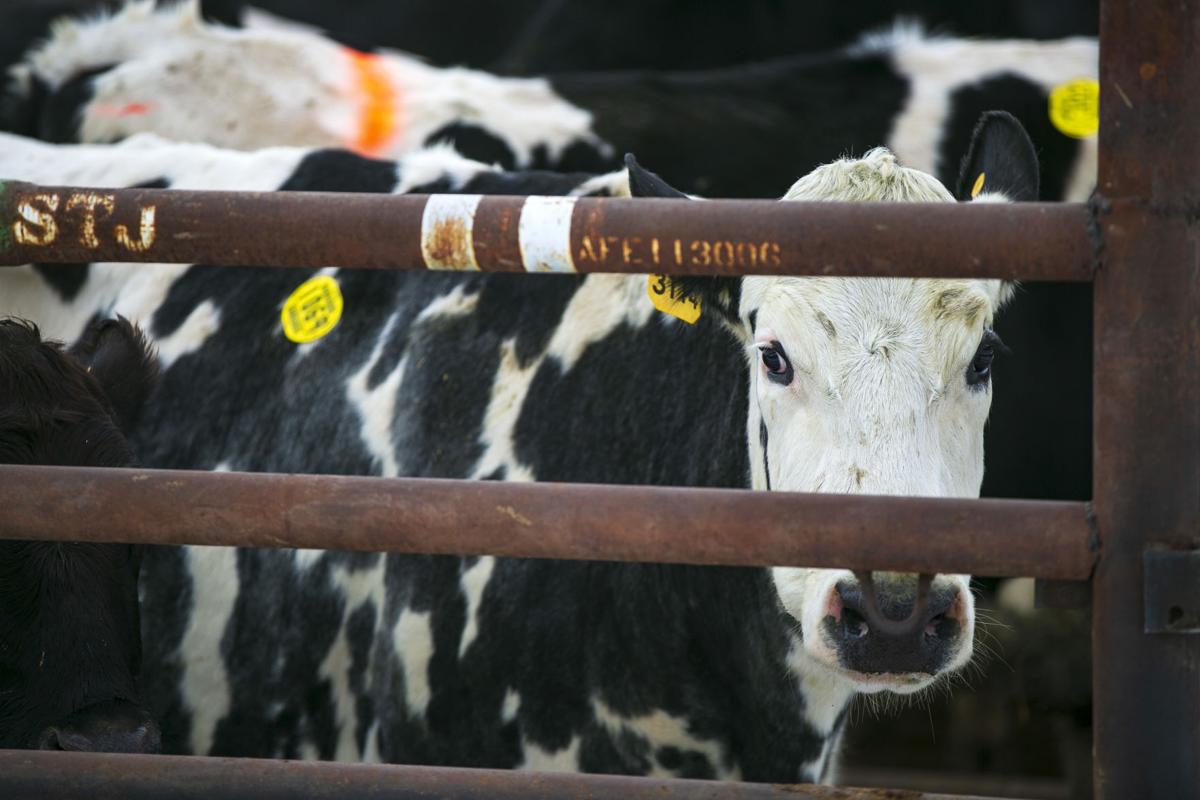 Cattle are corralled in the stockyard during the final auction of 2020 at the Public Auction Yards in Billings. 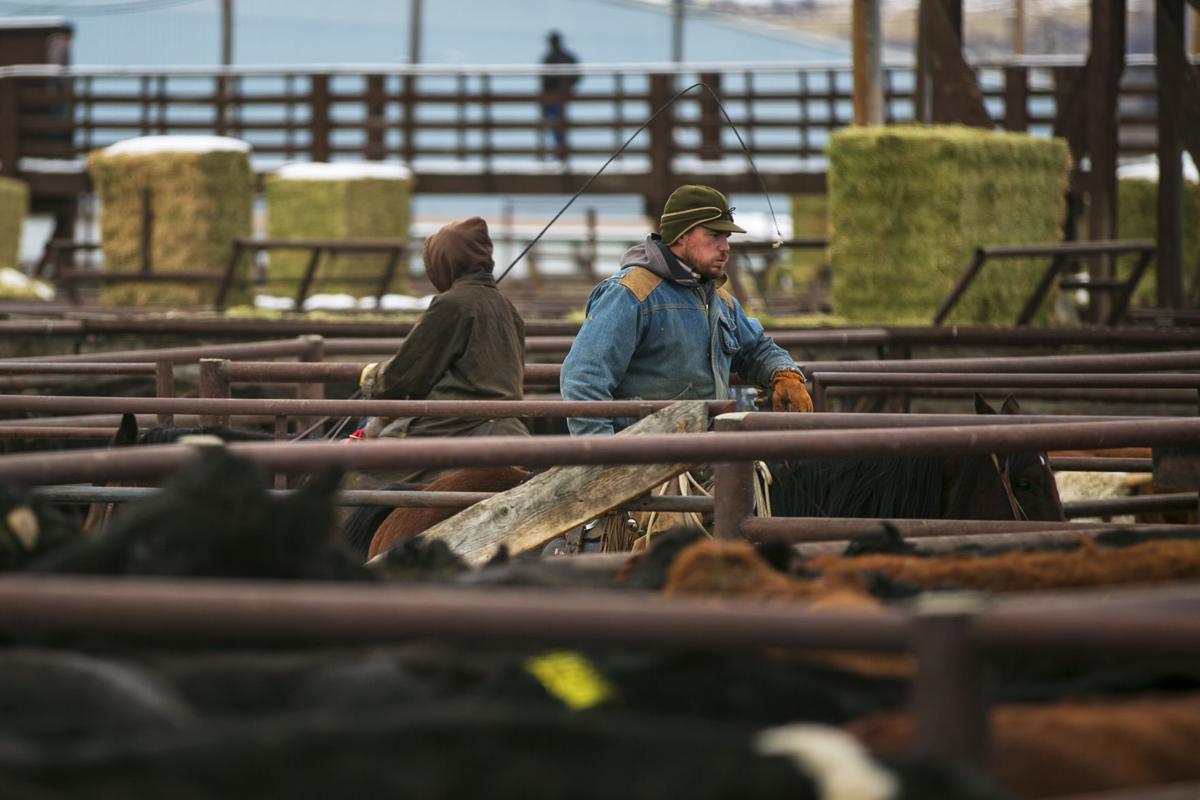 Cowboys herd cattle around the stockyard during the final auction of the year Wednesday, Dec. 16, 2020 at the Public Auction Yards in Billings. 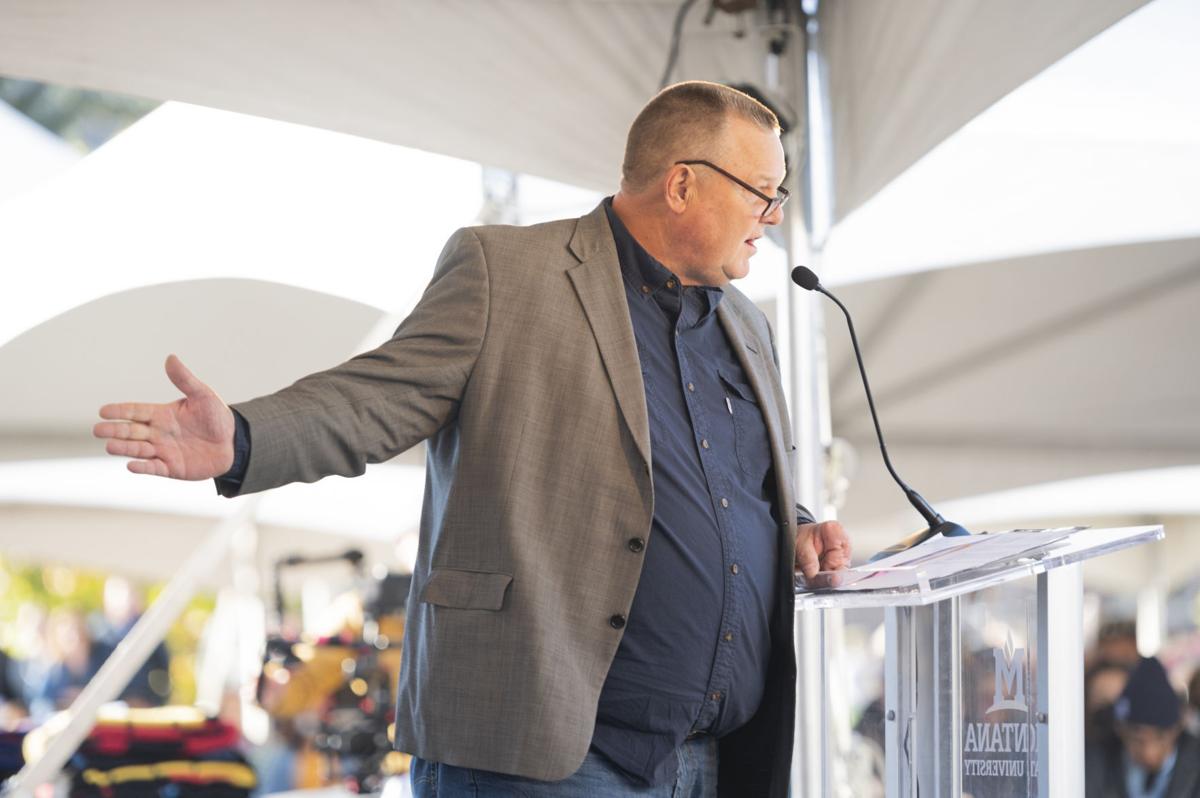