The emotional and psychological side effects of COVID-19 can be just as devastating as the damage it can do to the lungs.

A nationwide increase in depression, anxiety, suicidal thoughts and attempts followed the spread in the virus in the United States. The dilemma of securing and promoting resources for mental health had already been a priority for officials in Montana, which led the nation for years in suicide rates. While the number of suicides in the state has not increased substantially during the past nine months, outreach to its crisis services has spiked.

“Generally speaking, that’s a good thing to see, because that means that people are asking for help instead of keeping it to themselves. … And that’s been a trend in Montana," said Karl Rosston, the suicide prevention coordinator with Montana’s Department of Public Health and Human Services. "Between 2018 and 2019, calls from our state to the National Suicide Hotline had the second highest increase in volume in the nation."

In February, the Billings Gazette reported a survey showing Montana no longer led the nation in suicides as of 2018. A month later, Gov. Steve Bullock followed the pattern of other governors in putting the state on a lockdown to halt the spread of COVID-19. Kids, their parents and those deemed nonessential as workers sat at home for at least two months before the state’s businesses gradually reopened.

Along with the case numbers and death toll in the state, the consequences of the novel coronavirus can be seen in the number of people still left out of work. In September, the Montana Department of Labor and Industry reported 29,000 people applying for jobless benefits, despite the state seeing a healthier economic recovery than most.

A study from the Well Being Trust, a nonprofit launched by Providence Health, projected that up to 75,000 deaths of despair may follow the pandemic. Those deaths would come from addiction, job loss and general depression and anxiety that have risen in the U.S. throughout the year. They are deaths that may not occur in 2020, but in the years that followed in the fallout of COVID-19.

In Montana, Rosston said crisis centers did see an increase in calls in March and April, but they were to the state’s 211 service. Inquiries into a new job, a place to stay and food dominated the 211 lines during that time, according to Rosston.

“In May, we started seeing the numbers go up with (National Suicide Prevention) Lifeline calls as the economic impact started to set in, along with the isolation. May, June, July and the beginning of August saw a 33% increase in calls to Lifeline … and that’s compared to that same time last year,” he said.

Rosston said that while the surge in calls to 211 and the National Suicide Prevention Lifeline has since stabilized, he’s bracing for another rise following record-breaking daily case counts in Montana during the past week. Data provided by the National Suicide Prevention Hotline showed that in 2018, 98% of calls throughout the country to crisis centers resulted in a de-escalation of a situation.

The CDC reported that nearly a third of adults surveyed at the end of June showed signs of clinical anxiety and depression. That same survey of about 5,500 people also showed that 11% had seriously contemplated suicide. The study showed that one in four people aged 18-34 had considered killing themselves.

According to the latest data from the CDC, the most vulnerable group to suicide has been middle-aged white men, but millennials have emerged as an age group most susceptible to the factors that have plagued the past decade. Those factors are the financial crises that bookended the past 10 years, the opioid crisis that fell over already impoverished towns and cities, and the isolation and anxiety of waiting out the novel coronavirus.

With September marking National Suicide Awareness month, the Suicide Prevention Coalition of Yellowstone Valley hosted a conference Friday spotlighting local resources for suicide prevention. Along with the teachers, counselors and survivors, a professor offered firsthand research into how an entire country reshaped its approach to mental health care.

Joy Honea, a sociology professor at Montana State University Billings, spent five months on a Fulbright Scholarship in Finland. The Scandinavian country managed to bring its suicide rate from the second-highest in the world during the 1980s to just below that of the United States. Although considered to be a success, the process took decades of commitment on the part of the government and a mobilization of nearly 100,000 health professionals and counselors.

The solution in Finland to lowering its rate of suicide, according to Honea’s research, meant tying together mental health with social welfare. While individuals may have no diagnosable mental illness, she said during her presentation, groups such as those who are LGBTQ+, minorities, those living in poverty and those dealing with addiction are also vulnerable.

“These are just the problems of living. ... We tend to be trapped in this American dream ideology, where we blame the individual for their poverty,” she said.

Part of reducing the number of suicides in Finland also meant reshaping the focus from one on mental illness to one of mental health protection. That meant getting physicians and nurses to include questions about thoughts of depression or self-harm during routine physical examinations, and presented in a way that’s more than just a checklist.

Rosston, with the DPHHS, said that same strategy is the future of suicide prevention in Montana.

“The future is to have an integrated approach with primary care providers. Along with checking your vital signs and blood pressure, you’ll get a depression screening,” he said.

If you are having thoughts of suicide, you are not alone. If you, or someone you know, are in danger of acting on suicidal thoughts, call 911. For support and resources, call the National Suicide Prevention Lifeline at 1-800-273-8255 or text 741-741 for the Crisis Text Line.

The Suicide Prevention Coalition of Yellowstone Valley will host two free community events on Sept. 25 and 26.

Anxiety, loneliness and isolation during the COVID-19 pandemic have exacerbated mental illnesses and raised the risk of suicide in our community.

Deede Baker remembers the date her husband, deployed in Iraq, was injured by an improvised explosive device. When he returned home he had PTSD…

Thursday, June 18, would have been Selena Not Afraid’s 17th birthday. It's been almost six months since the teen was found dead after she went missing from a rest stop between Hardin and Billings.

Pedestrian, 75, dies after being struck by car in Powell

The highway patrol says it's investigating driver inattention as a possible contributing factor to the crash.

Montana reported another 321 COVID-19 cases and three more deaths Tuesday, according to the state's case mapping and information website.

A woman has died from injuries sustained in a fire that broke out in a downtown Billings apartment complex Tuesday night.

STERLING, Colo. — Tonja Jimenez is far from the only person driving an RV down Colorado’s rural highways. But unlike the other rigs, her 34-fo… 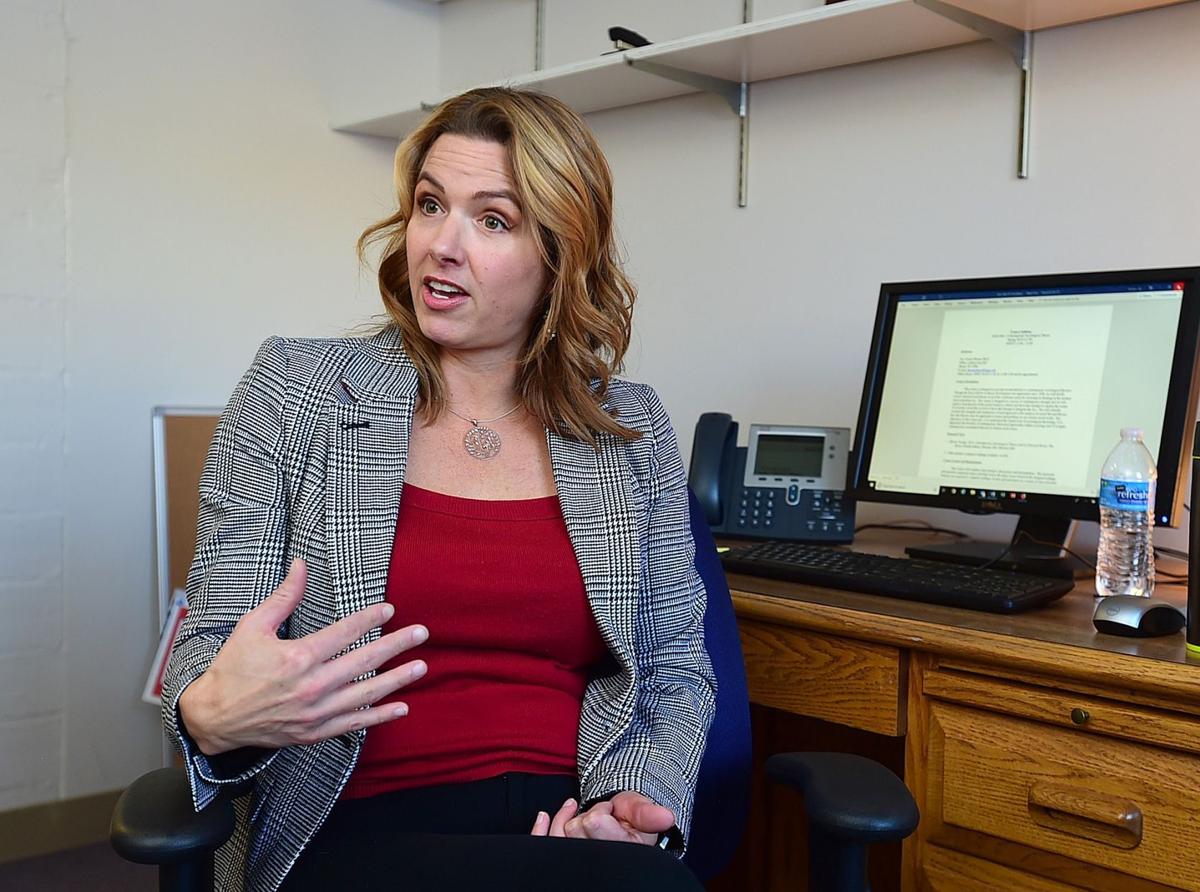 Joy Honea has been selected for a William J. Fulbright core scholar award and she plans to teach and do research on suicide prevention at the University of Tampere in Finland. 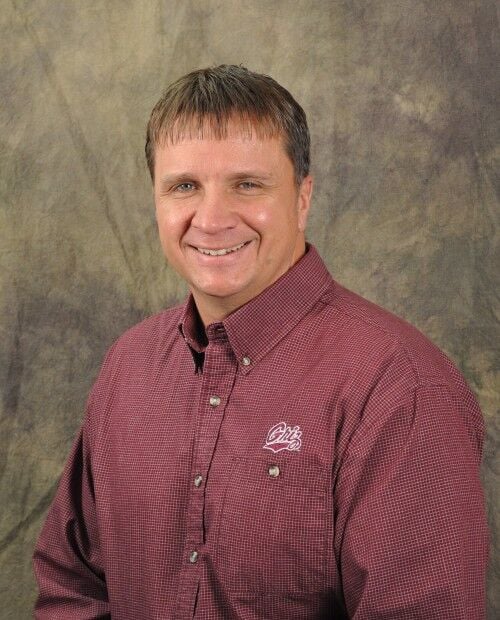