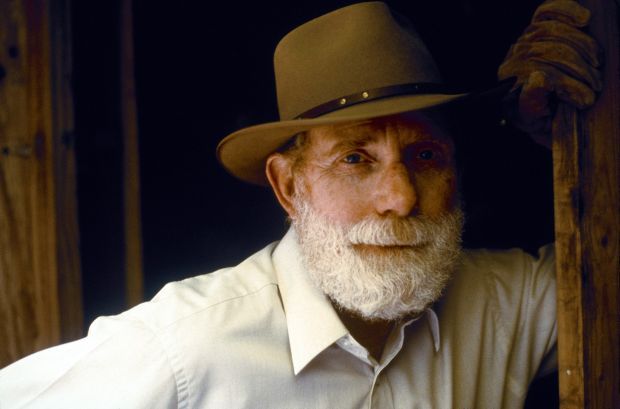 Ivan Doig, an award-winning author whose books set in his native Montana made him one of the most respected writers of the American West, died of multiple myeloma In April. 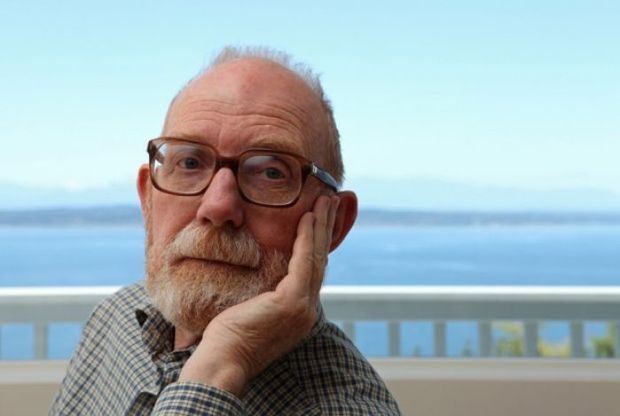 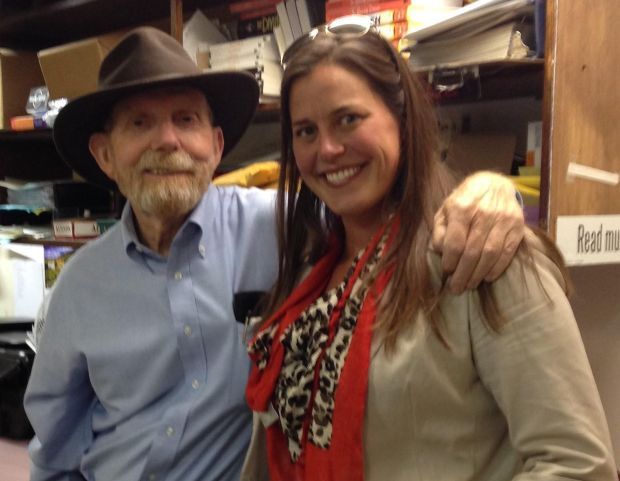 Sarah Calhoun, the founder of the Red Ants Pants, met the late writer Ivan Doig in Bozeman. Calhoun said she founded her nonprofit in White Sulphur Springs after reading Doig's memoir, "This House of Sky." "He absolutely has a twinkle in his eye," Calhoun said. "He's full of heart and humor and he's incredibly genuine."

Montana friends and fans of acclaimed writer Ivan Doig remembered the Montana-native on Thursday as a gracious man with a twinkle in his eye and a knack for telling stories.

Doig died Thursday morning in Seattle at the age of 75 of multiple myeloma, a cancer of the plasma cells, from which he'd suffered for eight years, according to his publisher Riverhead Books.

Sarah Calhoun, founder of Red Ants Pants in Doig’s hometown of White Sulphur Springs, was inspired to move to White Sulphur because of Doig’s memoir, “This House of Sky.”

The Connecticut native was living in Bozeman when she read the book and because of the way it celebrated rural places and the characters that inhabit them, Calhoun packed her bags and headed to Meagher County. Her business manufactures work clothing for women.

“Two winters ago, he sent me this beautiful handwritten letter, saying he was so glad I found his hometown and made it perk,” Calhoun said.

When Doig was in Bozeman last fall to promote his latest book, “Sweet Thunder,” he invited Calhoun to meet him and his wife Carol at a downtown book store.

“It was joyful. We couldn’t stop giggling with all the connections we shared with friends in Meagher County,” Calhoun said. “He was very gleeful.”

Doig often came to Billings as part of his book tours and he was the keynote speaker at the Alberta Bair Theater as part of the High Plains Book Festival in 2006.

Corby Skinner, of the High Plains Book Festival, remembers people flocking to Doig to have their books signed. Skinner said Doig's work is full of humanity and grace and the narration is beautiful.

“He certainly was the chronicler of that huge Big Sky space,” Skinner said. “Anybody who has ever been to White Sulphur Springs knows it’s Ivan Doig country.”

Rowland met Doig in 2000 in San Francisco. Doig was giving a reading at a bookstore and Rowland said he was trying to work up the courage to approach Doig to ask him to look at Rowland’s debut novel.

“I was a wreck,” Rowland said. “My voice was shaking and everything.”

Doig quickly put Rowland at ease and agreed to take a look at an advance copy of Rowland’s novel in order to write a blurb for the dust jacket. Somehow that blurb was lost by Rowland’s publisher and never made it onto the book cover. It took five years to sort things out, but when Rowland published his second novel, he was able to use Doig’s blurb.

Doig had once worked as a ranch hand for Rowland’s cousin and the story goes that Doig “was a worthless ranch hand because he was always reading books instead of doing his work.”

"In the book I recently reviewed, 'Sweet Thunder,' I thought he still has a masterful storytelling voice and brings characters to life," Quetchenbach said.

Doig's final book, "Last Bus to Wisdom," will be released in August.

Doig was born in 1939 in White Sulphur Springs. He worked as a ranch hand before earning his bachelor’s and master’s degrees in journalism from Northwestern University and later went on to earn a doctorate in history from the University of Washington.

After working in journalism, he transitioned into memoir with "This House of Sky: Landscapes of the Western Mind" in 1979. His recollection of growing up along the Rocky Mountain Front was a finalist for a National Book Award.

In 2007, Doig won the Wallace Stegner Award, which recognizes someone who has "made a sustained contribution to the cultural identity of the West." He was also the recipient of the Western Literature Association's lifetime Distinguished Achievement award.

His writing gained him many admirers. The Australian author Thomas Keneally said Doig was "one of the great American voices, full of grace, abounding in humanity, easeful in narration, hypnotic in pace, grand in range."

“Ivan was one of the greats,” said Riverhead publisher Geoff Kloske. “We have lost a friend, a beloved author, a national treasure.”

Doig is survived by his wife, Carol.

Associated Press contributed to this report.

BOZEMAN — Manuscripts, drafts and other items belonging to renowned Western author Ivan Doig will be housed at Montana State University.

The greatest books ever written about Montana

The Montana Mint is proud to bring to you the greatest books ever written about Montana. The list includes something for everyone: fiction/non…

Ivan Doig, an award-winning author whose books set in his native Montana made him one of the most respected writers of the American West, died of multiple myeloma In April.

Sarah Calhoun, the founder of the Red Ants Pants, met the late writer Ivan Doig in Bozeman. Calhoun said she founded her nonprofit in White Sulphur Springs after reading Doig's memoir, "This House of Sky." "He absolutely has a twinkle in his eye," Calhoun said. "He's full of heart and humor and he's incredibly genuine."