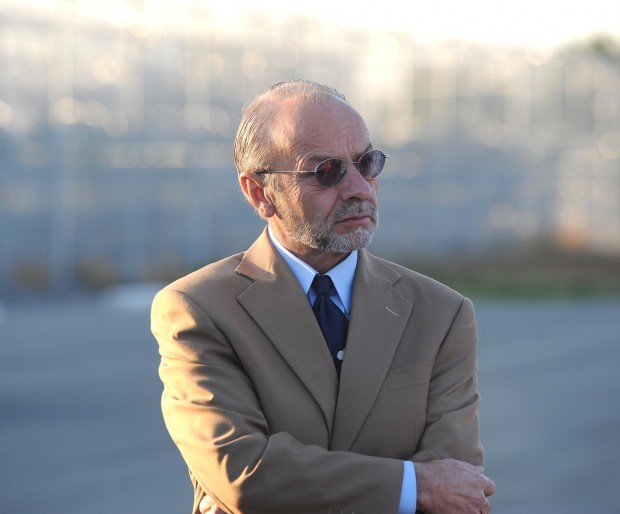 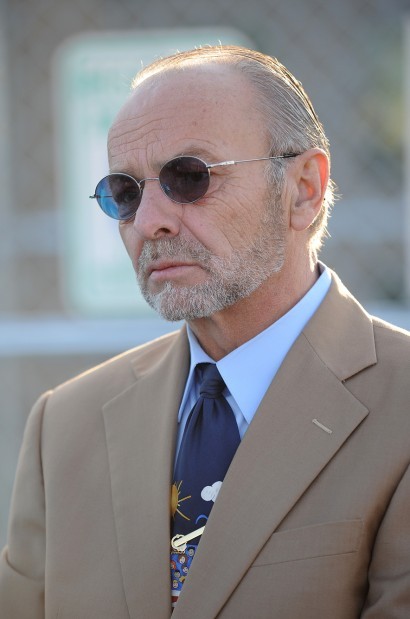 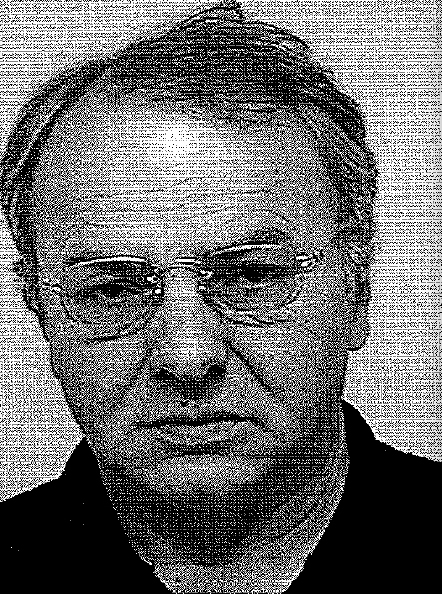 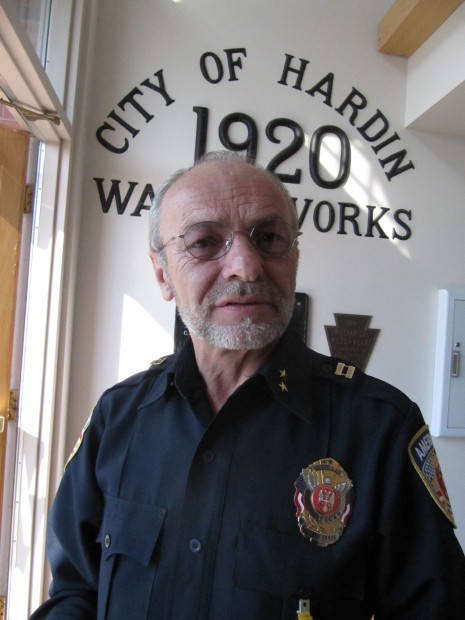 Michael Hilton of American Police Force arrived in Hardin with promises of Mercedes police cars and expertise in operating prisons. He delivered the cars last week, but may have learned about prisons following a 1993 conviction for grand theft.

Public records from police and state and federal courts in California show that Michael Anthony Hilton, using that name and more than a dozen aliases over several years, is cited in multiple criminal, civil and bankruptcy cases, and was sentenced in 1993 to two years in state prison in California.

Hilton pleaded guilty in March 1993 to 14 felonies, including 10 counts of grand theft, one count of attempted grand theft and three counts of diversion of construction funds, according to Orange County court records. He was sentenced to two years in prison, but it is unclear how much time he served.

Hilton, who speaks heavily accented English, has told reporters that he is a naturalized U.S. citizen originally from Montenegro, a country bordering Serbia, and once part of the former Republic of Yugoslavia.

The same aliases and other similar ones, all with slightly different spellings, show up in many other court documents citing Hilton, including a May 2003 Orange County case in which Hilton pleaded guilty to driving under the influence of alcohol.

A booking photo from the Huntington Beach Police Department from Hilton's DUI arrest on March 14, 2003, shows him heavier, beardless and with more hair than he has now.

It also shows the same facial features, including a distinct arched wrinkle over his left eye, along with three deep brow furrows, small, circular indentations in the center of his forehead and a cleft tip on the nose.

Michael Hilton and his aliases are listed as defendants in various Orange County civil cases alleging fraud and breach of warranty, including a March 2000 case where he is accused of fraud, larceny, breach of contract and false pretenses.

Court documents in that case allege that Hilton and others solicited investments of hundreds of thousands of dollars from the plaintiff for the creation of collectible Super Bowl commemorative coins.

The complaint alleges that Hilton and others falsely told the plaintiff that the money would be used for the design and manufacture of the coins, and to pay for a National Football League license to produce them.

In fact, the complaint states, no such license was ever issued by the NFL.

Court documents show that the plaintiff obtained a 2001 judgment for $200,000 against Hilton, listing his aliases of Miodrag Dokovich and Midrag Ilia Dokovich.

He filed under his real name, citing the alias Miodrag A. Dokovich, in November 2002, listing a Stanton, Calif., home address and a Fountain Valley, Calif., business address tied to the Belgrade Market Liquor and Deli.

In February 2004, Hilton filed under his real name, citing the alias Miodrag Dokovich, and listing a Santa Ana, Calif., home address. He estimated his assets at less than $50,000, and listed as creditors only a credit union and his landlord.

Both bankruptcy filings appear to have been intended to delay eviction proceedings against him. Under federal bankruptcy law, tenants are generally protected from eviction while they reorganize their finances.

Anh Q.D. Nguyen, a Garden Grove attorney, said in an e-mail that he represented Hilton's landlord in an eviction case against Hilton that was filed in January 2004.

Nguyen said that Hilton "filed an eleventh-hour bankruptcy petition in which my office successfully obtained relief from the bankruptcy automatic stay, in order to reclaim possession of the rented premises."

Hilton had also been named as a defendant in July 2002 as part of separate eviction proceedings before his bankruptcy filing that year.

Hilton filed both bankruptcies without an attorney, paying less than $275 in filing fees for each. Both petitions were dismissed by the court after Hilton failed to provide necessary documentation, including a financial reorganization plan.

When asked on Wednesday about Hilton's business dealings before his involvement with APF, company spokeswoman Becky Shay said, "That information is not going to be made available at this point."

"That's his private business. He is a man who distinguishes between private and business, between personal and corporate," she said.

Shay said she would check with Hilton for a comment about his DUI arrest, but did not provide further details.

She did not respond to an additional call made later Wednesday seeking more information about Hilton's other past legal problems.

Battered for so long, Hardin has high hopes

HARDIN - In the absence of many known facts about American Police Force, the California company looking to lease Hardin's vacant jail, a lot o…

Hilton has history of moneymaking schemes

A California attorney who worked with a fledgeling security company to take over an empty jail in rural Montana has cut his ties to the project.

The Web site for American Police Force, the California company working on a contract to fill Hardin's empty jail, is temporarily down.

HARDIN - Officials from American Police Force, a California security company working to lock down a contract with Two Rivers Authority to fill…

HARDIN - After arriving in this rural city with three Mercedes SUVs marked with the logo of a nonexistent police department, representatives o…

BILLINGS - An obscure California security company was planning a jobs fair next week as it prepared to pay $2.6 million annually to take over …

HARDIN - The Two Rivers Detention Facility which has sat empty for two years may open in January.

HARDIN - Launching a new police department in Hardin will cost about $1 million, money the city doesn't have.

Al Peterson won't say the name of the company that wants to fill the empty jail in Hardin.

The Hardin jail deal is off, said a spokeswoman for the cryptic California company contracted to run the for-hire hoosegow, now two years empty.