FISHTAIL -- Wealthy isn't an adjective Clifford Bare, a 76-year-old retired U.S. Navy veteran, would use to describe himself.

They are not people of means. But, try telling that to the U.S. Department of Veterans Affairs.

Bare is one of about 18,000 veterans in Montana who do not qualify for health care coverage in the VA system. He is, in government speak, a Priority 8 veteran, defined as men and women who make above a certain amount of money and have no service-connected disabilities and therefore are not allowed to enroll in the VA health care program.

Under current restrictions, a veteran with no service-related injuries and with an annual income of $35,577 can be denied VA health benefits. The amount varies by state but it is about $35,000 in Montana.

By all calculations, the Bares' $25,000 annual income falls well below the threshold. But his benefits may now be jeopardized because the cash-strapped couple tapped their savings for about $8,000 to help cover Norma's hospital costs after being treated for cancer and a heart attack.

That single move nudged him above the threshold and apparently disqualified him from receiving health care benefits.

"It's a damn crying shame," said Bare, who served in the Pacific during both the Korean and Vietnam wars.

Bare said he has been dealt a double whammy, penalized for tapping into his savings account, and further punished for not being wounded.

"We put in our time," Bare said. "We dodged bullets. Does that make us less than the men who lost a leg?"

Bare relies on five daily life-saving medications and a pacemaker, his third, in his chest to help control abnormal heart rhythms. The VA has helped pay for none of it.

"I gave the Navy the best years of my life," Bare said. "I was faithful to my country. Now, I'm living on borrowed time and I'm being screwed and nobody seems to care -- until now."

Bare, whose state pension comes from serving 12 years as a Stillwater County Commissioner, is referring to U.S. Sen. Jon Tester, D-Mont., who has called on the U.S. Department of Veterans Affairs to expand health care coverage to include all veterans regardless of income or whether they are wounded. Tester, a member of the Senate Veterans Affairs Committee, has implored VA Secretary Eric Shinseki to immediately return Priority 8 veterans to the health care system.

In 2003, then-VA Secretary Anthony Principi, who worked under President George W. Bush, stopped Priority 8 enrollments. He argued their numbers strained the system and crowded out higher-priority veterans, including those who were wounded and returning from Afghanistan and Iraq.

During the first six months of this year, nearly 47,000 veterans applied for VA enrollment but were denied health care due to income.

Bare contacted The Billings Gazette after reading that Tester was working to restore Priority 8 veterans' health care benefits. While Bare said he admires Tester's effort, he fears the senator is "shoveling against the wind."

Tester isn't convinced. Thousands have already been let back in.

In 2009, as President Barack Obama took office, Congress provided the VA with enough money to begin enrolling some Priority 8 veterans, and the expansion began. The VA announced that up to 266,000 veterans with no service-connected health conditions would be allowed to enroll in VA health care. Those who enrolled earned less than $35,000 annually. Nearly 12,000 of the 30,000 eligible Priority 8 veterans in Montana were enrolled at that time.

Moreover, Tester has amassed a successful resume in securing benefits for veterans, which bodes well for Bare and others.

In February, the U.S. Department of Veteran Affairs approved doubling the size of the Billings VA Clinic.

Montana has also received additional resources, including transportation vans and housing vouchers, for veterans. At Tester's invitation, Shinseki made his first visit to Montana in July.

"That didn't happen on its own and it sure wasn't happening before I came to Congress," Tester said. "That happened because I listened to veterans in Montana and we worked together to get it done."

Tester stopped short of saying he's optimistic about enrolling more Priority 8 veterans, saying he's not a betting man. He said there are difficult decisions to make as Congress reduces debt and cuts spending in the months and years ahead.

"But I make my decisions and pick my battles based on the priorities that are right for Montana," Tester said. "And I just don't believe in backpedaling on our commitment to veterans. Federal budgets should reflect our priorities, which is why I sent my letter to Secretary Shinseki asking him to prioritize Priority 8s in his budget." 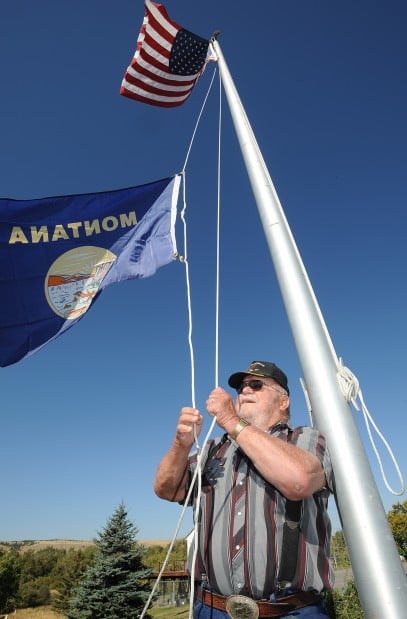 Clifford Bare, a U.S. Navy veteran who served in Korea and Vietnam, raises the U.S. and Montana flags in front of his home near Fishtail. Bare struggles to receive veterans benefits he believes he is owed. 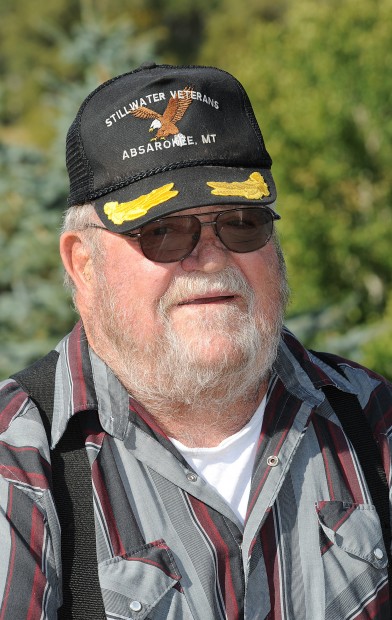