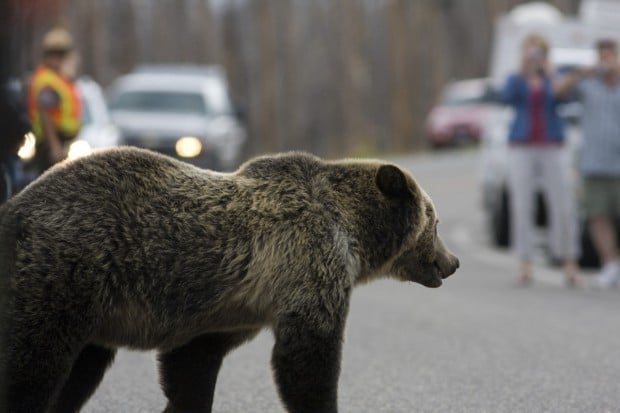 A grizzly bear negotiates traffic and onlookers as it crosses the road in Yellowstone National Park. 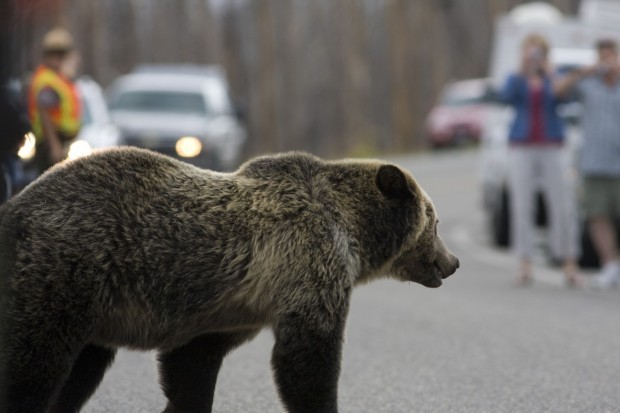 A grizzly bear negotiates traffic and onlookers as it crosses the road in Yellowstone National Park.
Gazette staff

The U.S. Fish and Wildlife Service filed an appeal earlier this month to the 9th Circuit Court of Appeals to overturn the relisting of the estimated 600 grizzly bears in the Yellowstone ecosystem.

“The Yellowstone grizzly population is increasing at 4 to 7 percent per year and is recovered and the agencies are committed to spending more than $3 million per year to maintain this healthy, recovered population,” said Chris Servheen, Fish and Wildlife Service grizzly bear recovery coordinator, in a statement.

The Fish and Wildlife Service delisted the bears in March 2007, declaring them recovered and no longer in need of protection under the Endangered Species Act. In September 2009, District Court Judge Donald Molloy of Missoula vacated the delisting, saying the agency hadn’t adequately considered the threats of climate change and considered government protection for the bears lax.

The agency joins Safari Club International, which appealed the ruling early this year. Wyoming Attorney General Bruce Salzburg appealed the ruling in 2009, seeking to have the 9th Circuit transfer the case to a federal court in Idaho, where a separate lawsuit over grizzlies is pending.

The Fish and Wildlife Service’s appeal began on Aug. 9 and is expected to take 12 to 18 months.

Yellowstone's grizzlies are going to be particularly hungry this fall, and that means more dangerous meetings with humans in a year that is al…

A grizzly bear negotiates traffic and onlookers as it crosses the road in Yellowstone National Park.

A grizzly bear negotiates traffic and onlookers as it crosses the road in Yellowstone National Park.
© Copyright 2022 Billings Gazette, 401 N Broadway Billings, MT | Terms of Use | Privacy Policy
Powered by BLOX Content Management System from TownNews.com.
You don't have any notifications.