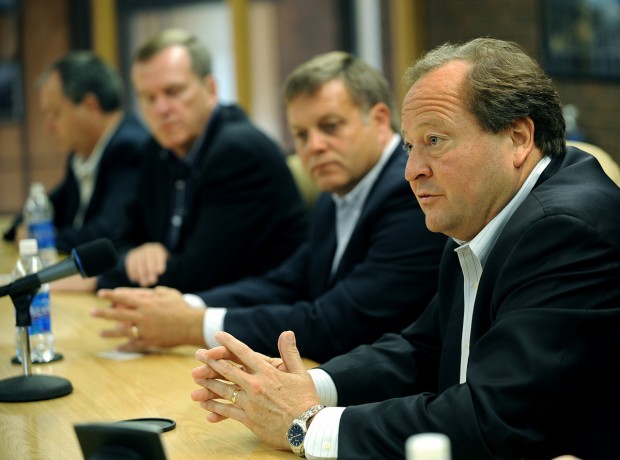 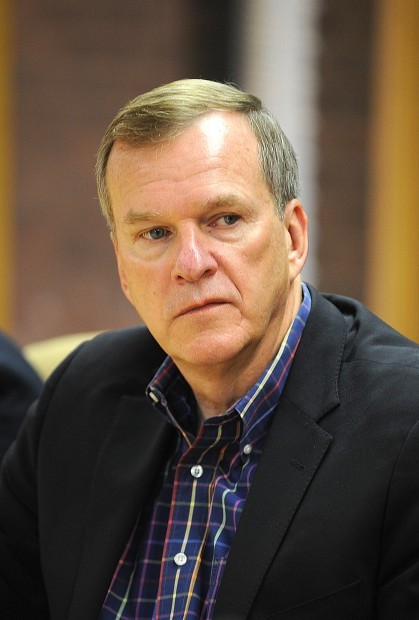 Steve Leer of Arch Coal meets with the Billings Gazette's Editorial Board on Tuesday, July 13, 2010.
TOM LUTEY Of The Gazette Staff

New Otter Creek coal developers say they’re five years away from opening the mine that, after decades of dead ends, many doubted would ever exist.

Arch Coal, which now controls roughly 1.5 billion tons of Otter Creek coal in southeastern Montana, has appointed a Montana director and plans to aggressively pursue the state permitting required to open the mine. CEO Steve Leer said optimistically that the company could be producing coal by the middle of the decade.

“Montana could be the energy capital of the United States if the state government and the state’s community desire that to happen,” Leer said.

In March, St. Louis-based Arch Coal agreed to pay Montana $86 million plus future royalties to mine a half billion tons of coal on state-owned land. The company has secured an additional 731 million tons of coal on multiple parcels of private property intermixed like a checkerboard with the state land.

Leer toured the tracts with Gov. Brian Schweitzer on Tuesday and met with leaders of the Northern Cheyenne tribe. Before heading to the tracts on the Montana-Wyoming border, the CEO and governor met with The Billings Gazette’s editorial board.

To date, nothing has gone quickly for proponents of Otter Creek. The Northern Plains Resource Council and National Wildlife Federation are suing the state Land Board, which includes the governor, accusing it of failing to analyze the environmental and community consequences of the mine and a railroad proposed to bring to coal to market.

A second lawsuit filed by the Montana Environmental Information Center and the Sierra Club accuses the Land Board of not addressing the 2.4 billion tons of carbon dioxide emitted by the mined coal.

Tuesday, Arch Coal’s message was that it would not leave Montana holding the bag with cleanup costs, as mining companies have done in the past. Arch Coal, the nation’s second-largest coal supplier, controls more than 2 billion tons of coal in Wyoming’s Powder River Basin. The company is pointing to its reputation in Wyoming as an indicator of how it will operate in Montana.

The company has partnered on clean coal and energy development research at Washington University in St. Louis as well as the University of Wyoming. Leer said the company would like to have a similar relationship with Montana’s university system.

Concerning the climate change and the federal government’s push to reduce carbon dioxide emissions, Leer said coal is in a good position to be part of the solution, if for no other reason than other energy resources cannot be developed fast enough to keep up with the world’s increasing demand for energy. Developing technology to capture and sequester carbon dioxide will be essential no matter if the energy source is coal or natural gas. Leer said he likes coal’s chances of playing a part.

“There is not another way, within the next 30 years, that is likely to stabilize carbon dioxide,” Leer said.

Schweitzer said he was directing Arch Coal to the developers of Stillwater Mine for an example of mine development that calmed community concerns about cultural and environmental impacts.

The governor also said he’s encouraging the company to familiarize its managers with the culture of the Northern Cheyenne Indians, who will be a stable source of mine employees and a crucial neighbor to the development.

Virus Inequity: The haves and the have nots

Virus Inequity: The haves and the have nots

Steve Leer of Arch Coal meets with the Billings Gazette's Editorial Board on Tuesday, July 13, 2010.
© Copyright 2021 Billings Gazette, 401 N Broadway Billings, MT | Terms of Use | Privacy Policy
Powered by BLOX Content Management System from TownNews.com.
You don't have any notifications.