HELENA — U.S. Sen. Max Baucus is coming out with an early campaign advertisement this week and clearly making an announcement that he will run again in 2014 despite some speculation to the contrary following his bruising participation in the health care debate.

The Democrat who is fifth in the U.S. Senate in seniority and has long been known as a dealmaker in Washington D.C., even often crossing party lines to do so. But he saw his approval ratings at home nosedive after the Obama administration tasked him with turning those skills to the 2009 health care debate.

That has left some liberals, long suspicious of Baucus' past ties to conservative business issues, to join some Republicans in speculating that the 70-year-old Baucus could step aside. The name of popular Democratic Gov. Brian Schweitzer has even been thrown out there as a potential primary challenger, even though Schweitzer has adamantly shot down any notion of going to Congress whenever publicly asked about it.

Since the health care deal, Baucus seems to have made an effort to return to his roots seeking common ground on Main Street issues. Last year he led a failed bipartisan effort to find spending reductions. More recently, he successfully found a deal to extend the payroll tax cut that supporters argue is worth about $80 a month to the average worker.

"Max is running for re-election as Montana's senator in 2014 because he's dedicated to fighting for Montana and delivering results every day, and that includes getting 600,000 hard-working Montanans a tax break that puts money in their pockets," said spokeswoman Kate Downen.

Baucus is airing a weeklong radio advertisement in Billings, Helena, Missoula, Great Falls, Butte, Kalispell and Glendive, his office said. The $25,000 buy is being paid for by his campaign. It touts Baucus' role in the payroll tax cut deal.

"More money in our employees' paychecks means they can take better care of their families. And that's good for Montana," Folkvord says in the ad.

In some ways, it is familiar territory for Baucus. Prior to his 1996 re-election, Democratic politics nationally were flagging and really suffering at home for the Clinton-era gun control effort. At that time, his approval rating also dipped into the 30s, but he was still able to beat Denny Rehberg in the last tough re-election effort Baucus has seen.

Republicans, however, believe the unpopularity of the federal health care law will linger. The party is making it a centerpiece of Rehberg's effort to beat U.S. Sen. Jon Tester this year and believe it will work again in 2014 as a campaign strategy against Baucus.

"Since Sen. Baucus wrote Obamacare it's hard to imagine his fate is going to be any better than Tester's," said Montana Republican Party executive director Bowen Greenwood.

Former Baucus staffer and veteran political strategist Barrett Kaiser said he believes Baucus' image is already recovering. Baucus continues to be the main funder of the state party and its candidates, making a primary challenge nearly impossible for anyone seeking institutional support.

Kaiser said in 2008, when Baucus handily won with little competition, the "intensely driven" Baucus insisted on campaigning door to door in the precincts where he had historically performed the worst.

Baucus already has $3 million in campaign coffers for an election more than two years away. And as chairman of the Senate Finance Committee he will have a great deal of influence on the farm and highway bills that have key constituencies back home among contractors, ranchers, farmers and others.

"To underestimate Max or to count him out is a colossal mistake," said Kaiser. "Max's election is not going to be a referendum on health care reform. It will be about the man that Montanan's have known and loved for three decades. If anything, the bumps in the road make him even more determined." 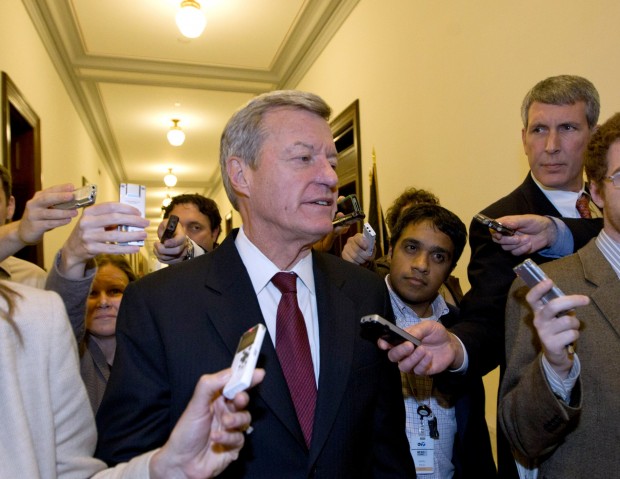 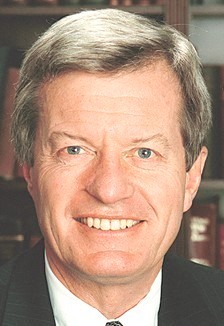