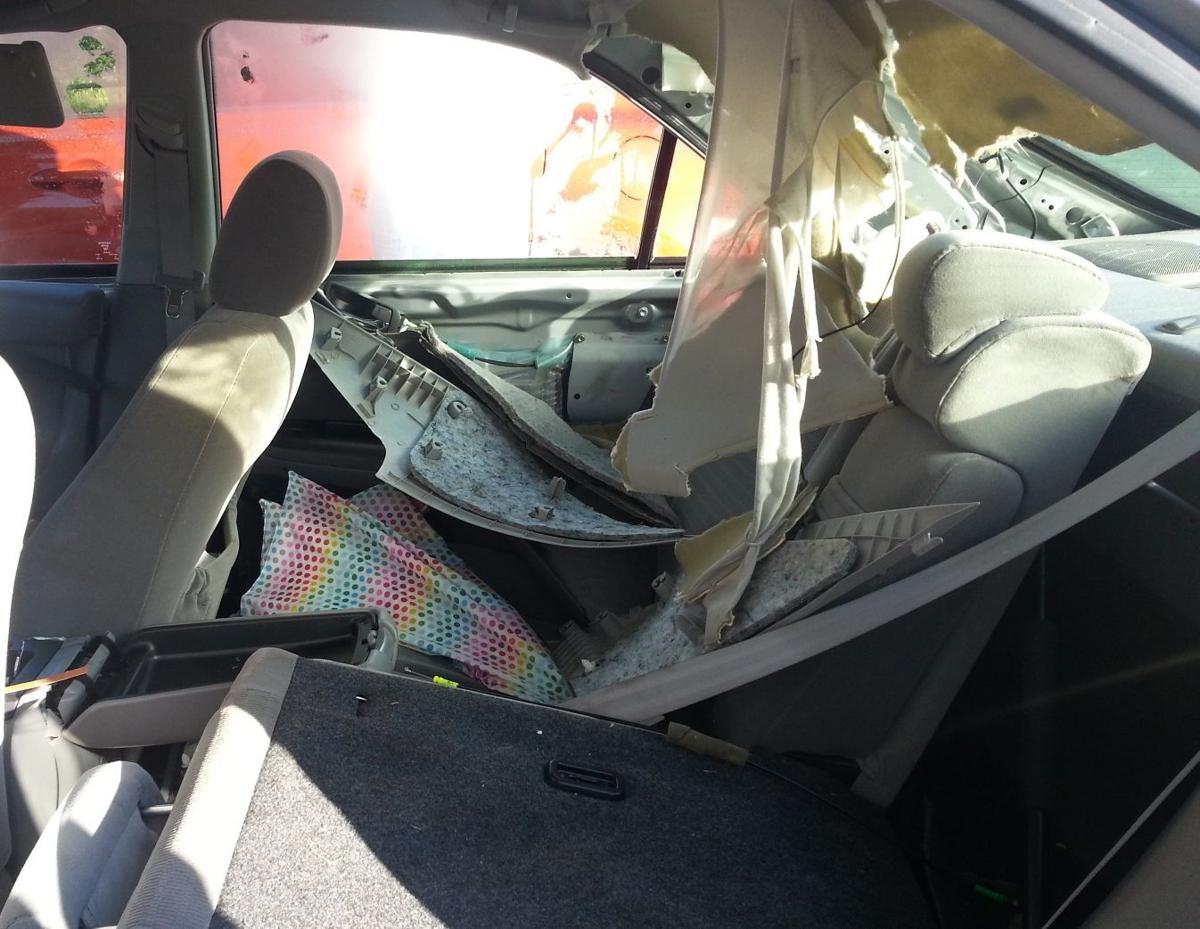 The back upholstery was torn to shreds. 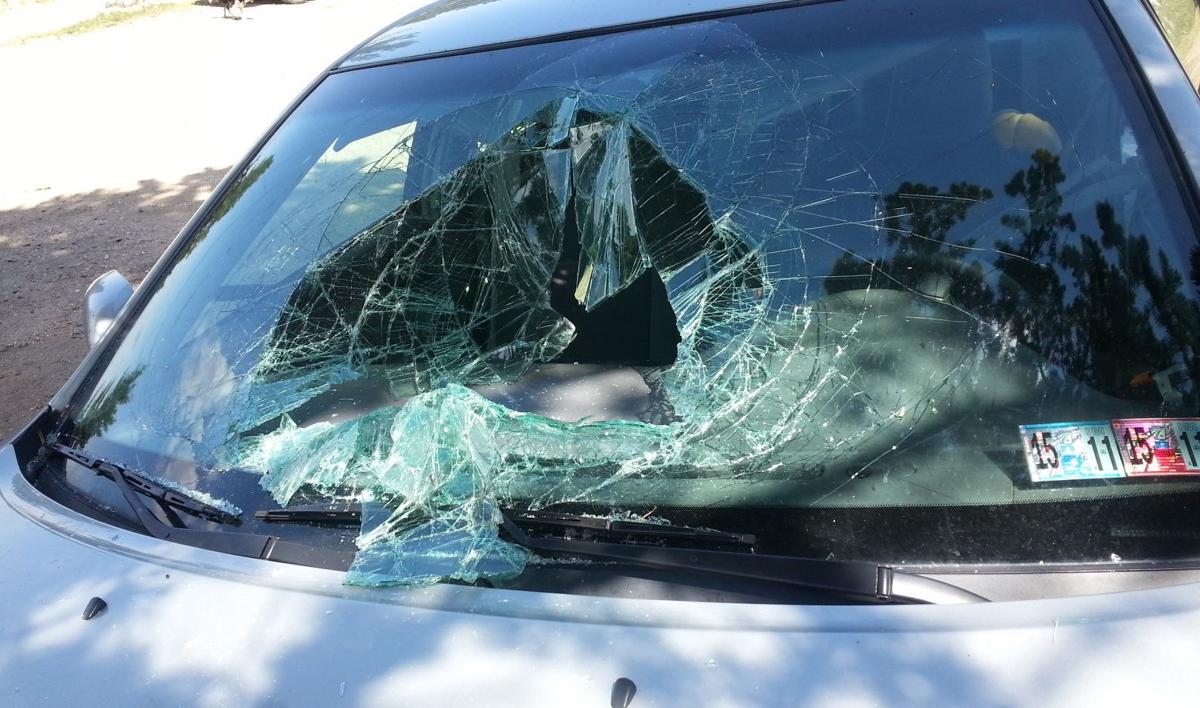 A black bear that had entered a car jumped through the vehicle’s front window Thursday morning. 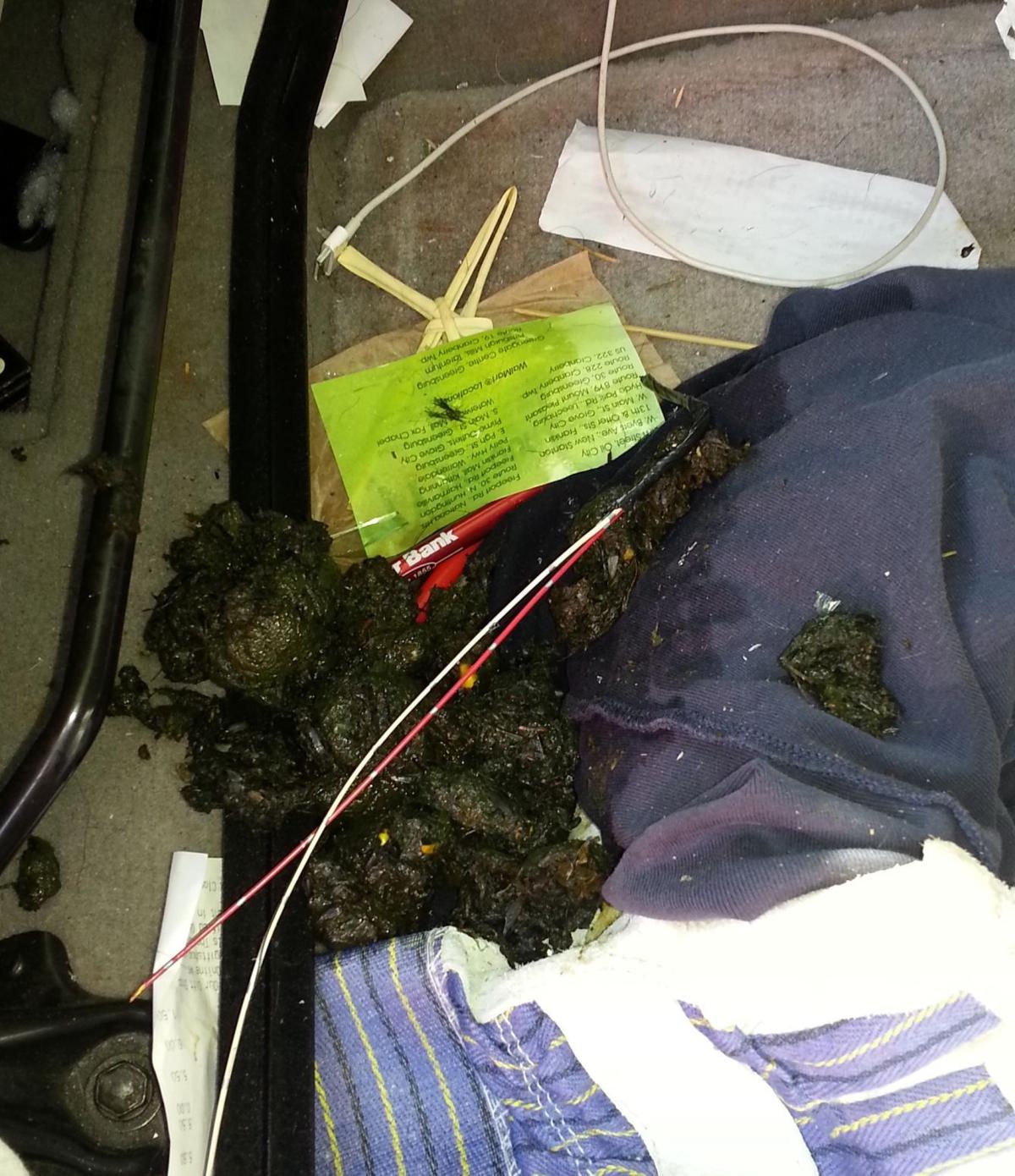 In addition to the damage, the bear left a large reminder of its visit. 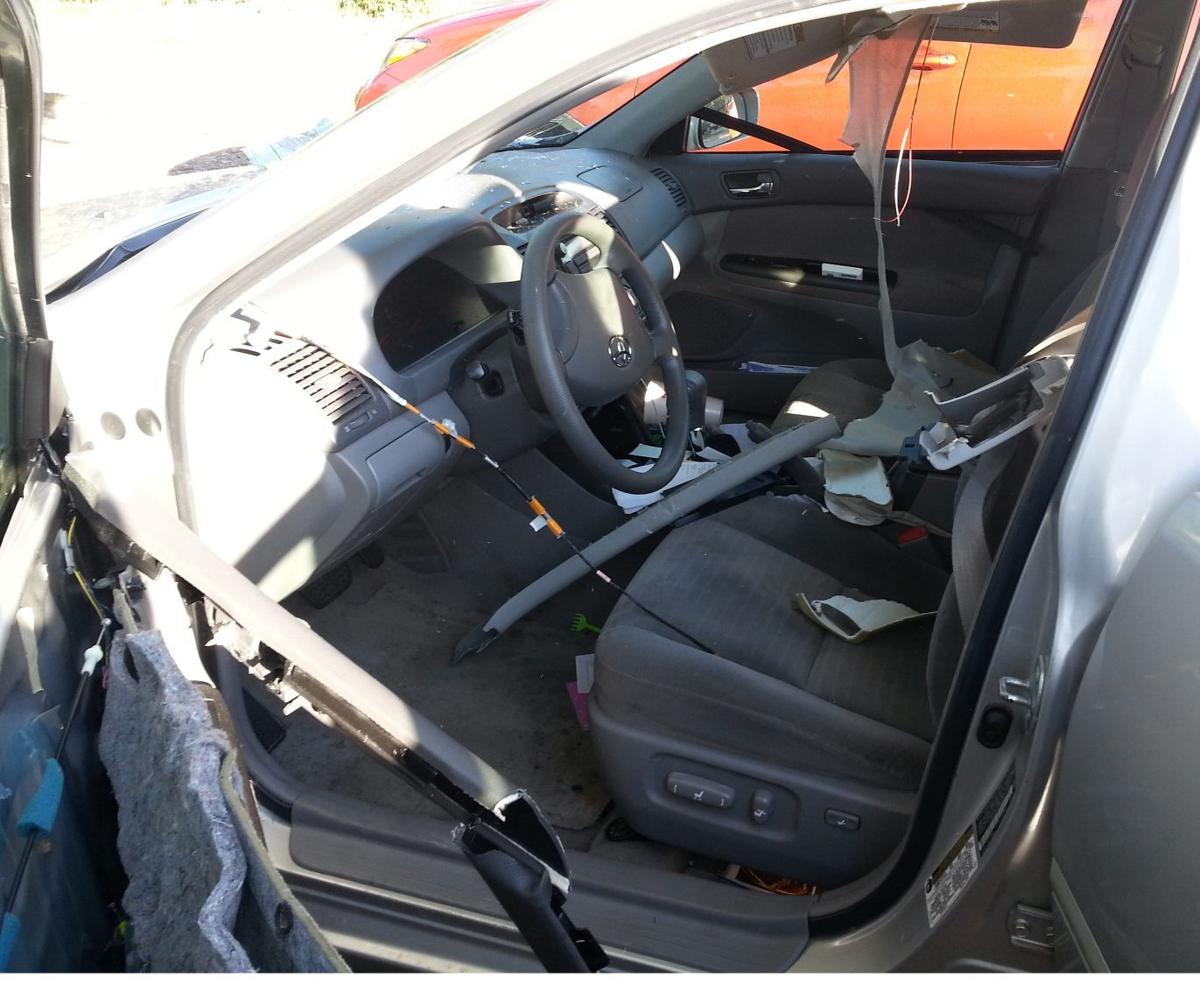 The bear break-ins have been occurring between about 3 a.m. and 5 a.m.

A black bear that entered and then got trapped inside a Toyota Camry early Thursday morning south of Red Lodge demolished the interior of the car, went to the bathroom and finally exited by bolting out through the front windshield when it was startled by a human.

“The whole inside is destroyed,” said Greg Creasy, who shot photos of the car that was parked outside the Yellowstone Bighorn Research Association’s lodge near the base of Mount Maurice.

Despite the destruction, the car’s owner — retired Pittsburgh middle school teacher Ellen Stolpe — said she laughed because the incident was so unusual.

“I guess it’s part of the Montana experience to get claw marks on the dashboard,” she said.

The incident is one of several over the past few days. Earlier in the week a bear chewed up two motorcycles to get to food inside saddlebags while the bikes were parked at Rock Creek Resort, also south of Red Lodge. And bears have broken into two homes in the area, as well.

The raids have prompted Montana Fish, Wildlife and Parks to remind residents and visitors to remove any food from around their homes or in their vehicles, including anything that smells like food — such as pet food and garbage.

Until the bears have left the area, residents should close and lock windows and doors to their homes to keep the animals out and to keep cooking odors from attracting wildlife, FWP advised.

Yet Creasy said the bear that has frequented the YRBA lodging area appears to have figured out how to open car doors.

“It did get into a couple of other cars and pulled the consoles off,” he said. “It pulled the handle off of one door.”

Advised of the break-ins when she arrived, Stolpe said she removed all of the food from her car but after four days of driving there were apparently “residual smells” that attracted the bear. With the vehicle parked on a hillside, it would have been easy for the door to slam shut behind the bear, trapping it inside, she added.

Inside the Camry, Creasy said the bear had pulled on the driver-side door so hard in an attempt to get out that it bent the metal inward. Photos show the upholstery shredded and a large pile of scat left on the floor.

“That was clearly a panic dump,” Stolpe said. “Oh my goodness, that poor bear.”

During late summer and fall bears are instinctively trying to add fat reserves for winter hibernation, so FWP suggests that residents store all garbage, barbecue grills, pet food and horse pellets in a locked building. They should also remove bird feeders from their yards and clean up apples, berries and other potential food sources from their yards.

Such boldness by bears is not uncommon. Black bears in Yosemite National Park are well known for their break-in ability. The park’s website warns visitors, “Expect black bears to attempt amazing acts to obtain human food. If food has been left in a car, bears will break vehicle windows, bend car frames, and pop open camper shells. To get into a trunk, they will enter the passenger area and claw through the back seat.”

The Red Lodge bear had fogged up the windows of the 2005 Camry while trapped, and left “the most darling” noseprint on one of the back windows, Stolpe said. It wasn’t until a group of early-morning walkers passed by the car that the bear panicked and broke out through the front window.

Although Stolpe was hoping to get another five years out of the car she named Grace, she said the bear damage will likely prompt her to shop for a new one.

“I’m not riding around in a bear-scented car,” she said. “I think Grace has seen the end of Pittsburgh. But it’s been a wild ride.”

Montana bears in the news

Why this whole Australia town is underground

Why this whole Australia town is underground

TOLEDO, Ohio — An Ohio zoo will take the two cubs of a grizzly bear that was euthanized after it killed a hiker in Yellowstone National Park.

POWELL, Wyo. — They hadn’t seen a bear all day.

At least one visitor to Yellowstone National Park doesn't appreciate that the bears didn't do their part to make the visit memorable.

An aggressive black bear that was breaking into homes in the Emerald Hills area was euthanized by Montana Fish, Wildlife and Parks game warden…

A grizzly bear was killed Thursday after DNA tests showed it killed a hiker in Yellowstone National Park last week.

After two unattended campsites were trashed by bears in the Hyalite Creek drainage south of Bozeman, forest officials are asking recreationist…

Residents north of Cody, Wyo., have been warned that a grizzly bear has been roaming the area.

Editor's note: This story has been updated to include information that the man cited for shooting the bear was a hunter education instructor v…

The back upholstery was torn to shreds.

A black bear that had entered a car jumped through the vehicle’s front window Thursday morning.

In addition to the damage, the bear left a large reminder of its visit.

The bear break-ins have been occurring between about 3 a.m. and 5 a.m.