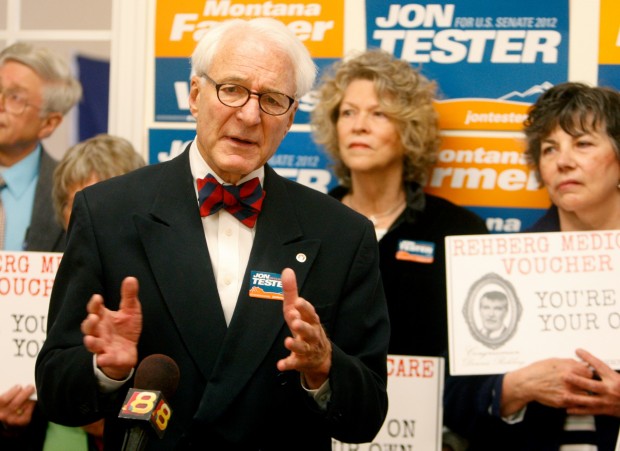 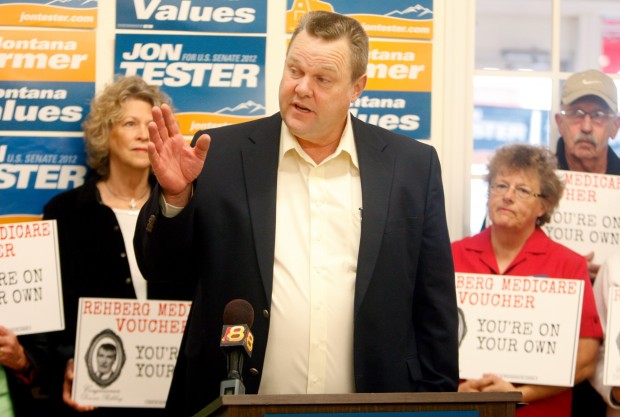 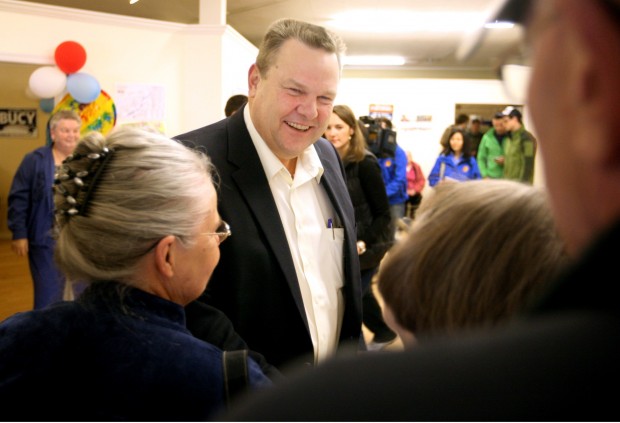 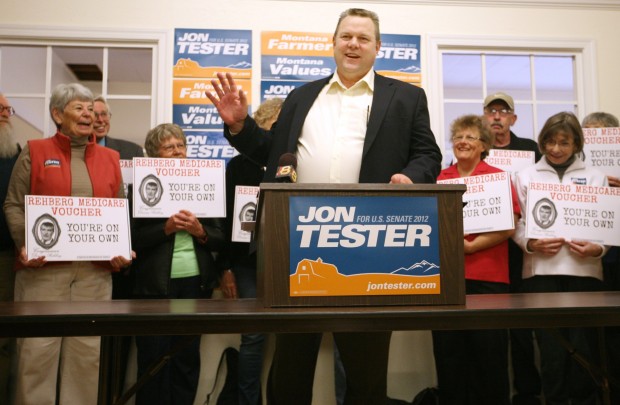 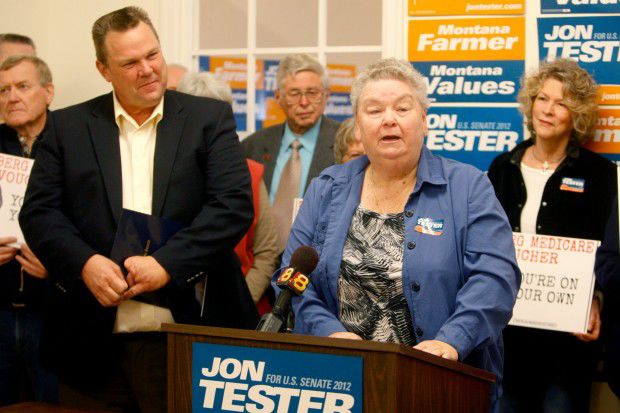 Betty Beverly, the president of the Montana Senior Citizens Association, speaks in support of U.S. Sen. Jon Tester during an event at a campaign office in Billings on Tuesday.

Bohlinger, campaigning with Democratic Sen. Jon Tester, told the Billings crowd that Rehberg and other congressional Republicans were proposing to replace Medicare coverage with a voucher, or a once-a-year check, too small to cover the medical costs of seniors. The voucher placards included Rehberg’s mugshot and the words “you’re on your own.”

“Congressman Rehberg supported legislation that would have ended Medicare as we know it,” said Bohlinger, a Republican state senator and representative from Billings for 12 years before serving as lieutenant governor under Democratic Gov. Brian Schweitzer for eight years. “As the sign says, you’re on your own. To which I say, good luck and stay well, eat healthy.”

The charge against Rehberg wasn’t a new one. Tester has repeatedly criticized Senate hopeful Rehberg for voting in 2009 with Rep. Paul Ryan, R-Wis., to replace Medicare with a private voucher. Ryan has proposed preserving Medicare for Americans 55 and older, while converting Americans younger than 55 to a voucher system.

But Rehberg's 2009 vote was not about approving Ryan's voucher plan, said Erik Iverson, Rehberg's campaign manager. Rather, the vote was about assuring that any change greater than $50 million to the federal budget would require a standalone vote. Rehberg supported the proposed standalone vote, a standard that Ryan's budget plan, including his voucher program, had to face.

But when it came time for a standalone vote for the Ryan's budget plan, including vouchers to replace Medicare, Rehberg voted no on two occasions.

Tester echoed Bohlinger’s concerns about Medicare vouchers and also raised the issue of a proposed $764 million cut to the Social Security Administration, the agency that issues Social Security benefits. Rehberg is chairman of the committee that proposed the cuts, which Tester said would create a backlog of 100,000 Social Security claims and cost taxpayers because a program to investigate Social Security fraud and waste was eliminated.

Iverson said the Social Security Administration is currently under a self-imposed hiring freeze, which means the agency didn't need funds intended for new employee hires. Those funds pulled back from new hires, combined with funds carried over from the previous year, make up the $764 million cut, he said.

Tester said the safety net for seniors that Medicare and Social Security provide is a top priority this election. Without the withheld $764 million, the SSA won't be able to adequately serve seniors.

“We need to talk about our seniors, the people who built this country,” Tester said. “We need to make it stronger, not weaker, as we move forward.”

Get candidate information and election news

Betty Beverly, the president of the Montana Senior Citizens Association, speaks in support of U.S. Sen. Jon Tester during an event at a campaign office in Billings on Tuesday.