Four years after the remains of a 12,700-year-old infant boy were reburied near Wilsall, he continues to be the subject of scientific speculation and study.

The so-called Anzick-1 child and the more than 100 bone and stone tools that were buried near him were from the same era, according to research by Lorena Becerra-Valdivia and co-authors recently published in the scientific journal PNAS (Proceedings of the National Academy of Sciences).

Previous work had shown a “discrepancy” between the dates for Anzick-1 and portions of the Clovis-era tool cache, casting some doubt about whether they were buried at the same time, wrote Becerra-Valdivia, who works at the University of Oxford.

“Considering the site’s uniqueness (as the only known Clovis burial) and the existing … age discrepancy between the human remains (Anzick-1) and the associated Clovis assemblage, obtaining robust chronometric data for this site is crucial,” the paper stated.

The fractured skull of the infant, estimated to have been between 12 and 18 months old when he died of unknown causes, was discovered in a hillside by workers in 1968. Wilsall is the closest town to the discovery, located in the Shields Valley between the Bridger and Crazy mountains.

While removing talus from a hill for a construction project, the huge cache of stone and bone tools tumbled out of the mound amid a puff of red dust. The dust was ochre, a powder derived from crushing red stone and used for pictographs as well as ceremonial purposes by Native Americans.

The discovery is the oldest known human burial site in North America, dating back to a time when woolly mammoths, American camels and dire wolves roamed a lush area marked by huge receding ice sheets.

The property on which the child was found was owned by the Anzick family, hence the name of the remains. DNA testing of that child, conducted before he was re-interred close to the original burial site, revealed his genetic ties to North and South American natives, as well as ancient Siberians. The results further solidified theories that the Americas were settled in several waves of migrants who crossed the Bering Land Bridge from Asia to Alaska, some of whom then worked their way south.

Clovis refers to a distinctive type of manmade stone tool named after the New Mexico area where the first such artifacts were found. Carefully crafted, the spear points, scrapers and knives demonstrate the precision and variety of stone implements early American hunters utilized.

In 2014, “state archaeologist Stan Wilmoth said the Anzick collection is the largest and best dated Clovis assemblage known. Included in the collection are eight Clovis points, 86 bifaces, six to eight worked and/or used unifacially modified blades and scrapers, and fragments of six to eight beveled and incised antler rods about 10 to 11 inches long,” according to the Society Star, a publication of the Montana Historical Society. The museum in Helena houses the artifacts.

To bury a child with so many tools indicated to some archaeologists the high regard in which the young child was held by his fellow clan members.

“At the Anzick site the red ochre connection and burial of a child with an extensive amount of stone tools and other items represents the ritualistic continuity and shamanism that originated with the earlier central European mammoth hunters,” wrote Larry Lahren, a Livingston archaeologist who first inspected the Anzick site, in his book “Homeland.”

“Shamanistic ritual at the Anzick site is indicated by the extensive red ochre covering, the purposeful breaking of one of the antler tools and the inclusion of heirloom tools for the ‘other-side camp.’”

The partial remains of another child’s skeleton, Anzick-2, were also found nearby in 1968. The second child was not covered with ochre and is estimated to be about 2,000 years younger than Anzick-1.

Expanding the understanding of humans’ migration to the Americas, in 2010 the bones of two infant girls — dating back 11,500 years — were discovered in central Alaska. DNA testing on one of the girls showed they were related to a population that split from Native Americans about 20,000 years ago. Scientists named the child’s relatives Ancient Beringians.

“It’s just an amazingly similar site,” said Wilmoth, including antlers or bone rods that look “exactly like” the ones contained in the Anzick burial site.

“To me, something like that similarity is more important in dispelling the controversy about the Anzick site than having the dates closer together,” he added.

Yet skepticism arose when antler tools found with the Anzick-1 child were tested and the results consistently showed they were hundreds of years older than the child, prompting debate that the child and the antlers weren’t from the same time period, Becerra-Valdivia wrote in her research paper. This “caused much speculation, with some archaeologists questioning the confidence ascribed to their association and discounting Anzick-1 as a Clovis individual.”

Lahren never worried about the discrepancy.

“I was the first professional to see the collection about a week after it was found in 1968 and the red-ochre on every specimen tied it together, along with the oral testimony of the finders,” he wrote in an email.

“Our article in 1974 is entitled 'Bone Foreshafts from a Clovis Burial in Southwestern Montana,'" Lahren added. “I don't have a problem with the minor dating discrepancy, saw anything wrong with the dates, or ever questioned them … ”

Others, such as Wilmoth, speculated the antlers were simply older tools of some use to the mammoth hunters, maybe even heirlooms passed down by an older generation.

“The function of the (antler) rods remains one of the most fascinating research issues of this unique research collection dating from 12,600 to 13,000 years ago,” Wilmoth told the Society Star. “The rods are somewhat older than the stone tools, being about two hundred and four hundred years older. Thus the rods themselves were curated artifacts 12,600 years ago.”

So Becerra-Valdivia and her colleagues set out to resample the last of the material taken from the child before it was reburied, taking great care to ensure there was no contamination.

“I had given up on it,” said Sarah Anzick, who was a child when the burial site was discovered on her parents’ property. The samples had been sent to Oxford years ago.

After using four different sampling techniques, Becerra-Valdivia and her colleagues concluded with more than 95 percent certainty that the child and tools were from the same time period and that both were from the Clovis period, the earliest human artifacts that have been found in the Americas.

Three of the tests provided the inconsistent and younger dates. But one using a more purified form — out of fear that modern carbon may have contaminated the samples — zeroed in on the same, consistent date.

“It really nails it down with the antler rods, which always gave us consistent results,” Anzick said.

Although such a study may seem like navel gazing to those outside the scientific field, the confirmation ensures Anzick-1 retains its relevance in the research community.

“This seems like to me, for many people, it may tie up what they see as a loose end or inconsistency,” Wilmoth said. “I already believed it all before, but it sure makes it tidier.”

Lahren agreed, writing, “In sum, I have never been skeptical of the fact that it is a Clovis burial and no one should now ... . But ...”

CORVALLIS – The rock outcrop along Flathead Creek just outside of the tiny town of Wilsall had always been a special place for Sarah Anzick’s family.

Why would a 2-year-old child’s body be dusted with red ocher, left with a variety of sharpened stone points — including one the size of a man’…

U.S. Interior Secretary Ryan Zinke's family is involved in a land deal in his Montana hometown.

Larry Lahren is cleaning his Livingston house, which has been a good thing for the Crazy Mountain Museum in Big Timber.

The DNA of a baby boy who was buried northeast of Livingston 12,600 years ago has been recovered, and it provides new indications of the ancie…

Inside Dubai center where sick turtles recover before returning to sea 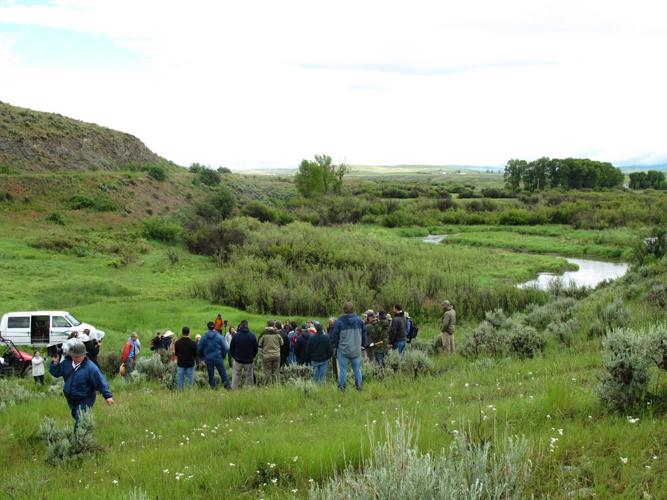 Flathead Creek bends around the hill where the boy's gravesite was uncovered in 1968. The new burial site had to meet state codes. 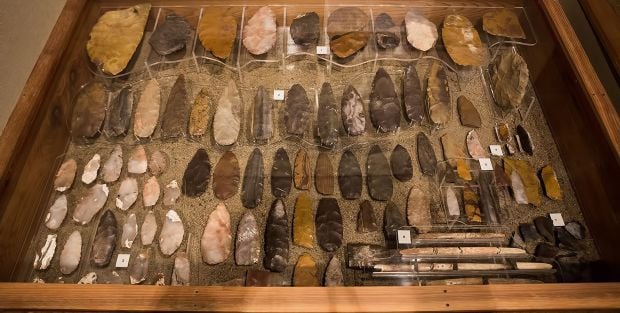 Artifacts from the Anzick site have been assembled and are on long-term loan to the Montana Historical Society in Helena. 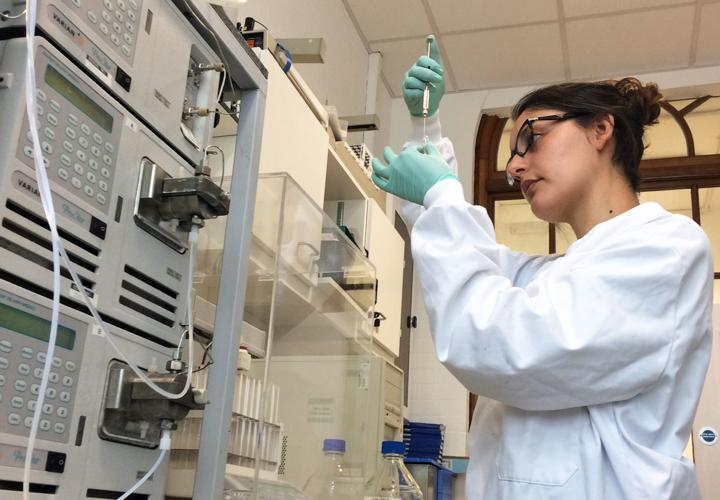 Lorena Becerra-Valdivia at the Oxford Radiocarbon Accelerator Unit, University of Oxford, works on the equipment that was used to extract hydroxyproline from Anzick site bone samples. 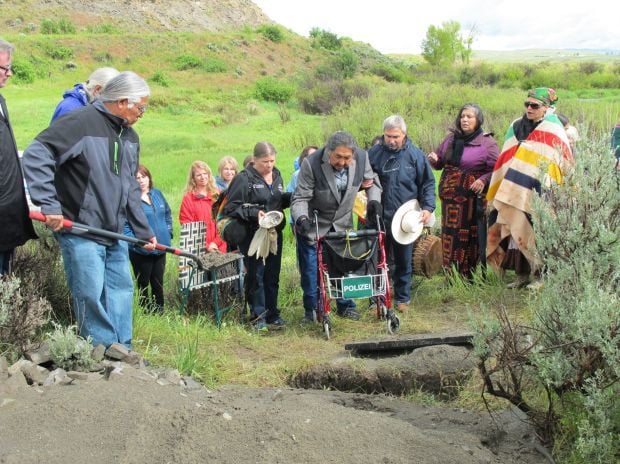 Thomas Larson Medicine Horse Sr. sprinkles dirt atop the grave of an ancient child near the end of a 2014 reburial ceremony. All those in attendance were asked to take part in the act. 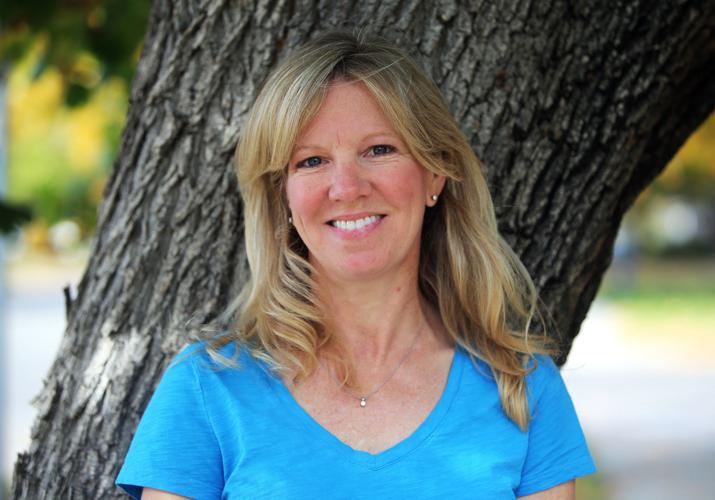 Molecular biologist Sarah Anzick grew up in Wilsall and now works in Hamilton.