Colstrip Power Plant, one of the largest electricity generators in the northwestern United States, has been shut down for at least a month because of air pollution problems, The Billings Gazette has learned.

Talen Energy, which operates the plant, is trying to dispel rumors that newer portions of the four-generator power plant have been permanently shut down after failing to comply with the EPA's Mercury and Air Toxics Standards. None of the power plant’s four units are effectively functioning currently.

The details were disclosed to The Gazette in a leaked email, which was written by Colstrip Plant Manager Neil Dennehy.

“There is no truth in the rumor that the units will be permanently shut down due to this issue,” Dennehy wrote.

But Montana’s Department of Environmental Quality confirmed Colstrip’s shutdown over air pollution problems that began at least 28 days ago. That’s when Talen notified the state that its newer generators, Colstrip Units 3 and 4, were emitting Hazardous Air Pollutants, or HAPs, at unsafe levels.

Talen shut the units down so it could figure out what went wrong. Since then, the units have fired up only for testing. On July 10, Talen informed the state that its HAPs were still too high. HAPs are pollutants that are known to cause cancer or suspected of causing cancer or other serious health problems like birth defects. The toxic ingredients include lead, cadmium, chromium and other compounds.

Dennehy said in his email that Talen would not operate the units out of compliance. By coincidence, Colstrip’s two other generating units are shut down for scheduled maintenance, leaving the power plant completely nonoperational.

“Units 1 and 2 were offline per Talen’s operating schedule and not required to be included in this test process, and are not part of this conversation,” said Christopher Dorrington, DEQ’s Air, Energy and Mining Division administrator.

Colstrip Units 1 and 2 are scheduled to shut down no later than 2022 in order to settle an air pollution lawsuit brought by the Sierra Club and the Montana Environmental Information Center.

With the permanent closure of two of Colstrip’s four units within five years, community concern about the power plant’s complete closure is high. The power plant is co-owned by six utilities, four of which do business in Washington and Oregon where public concern over climate change is pressuring the utilities to abandon coal power.

The analysis showed that PPL Montana's Colstrip plant in Colstrip was No. 8

Two of Colstrip’s utility owners have agreed to be financially ready in December 2027 to shutter Units 3 and 4. In Oregon, one Colstrip owner, PacifiCorp, is legally bound to stop delivering coal power by 2030, and another utility owner, Portland General Electric, has until 2035 to do the same.

When the complete shutdown of Colstrip is discussed, supporters of the nearly five-decade-old power complex scoff at the notion of the northwest United States living without the power plant. “Where will Seattle and Portland get their electricity?” is a common refrain.

Right now without Colstrip electricity, those utilities are buying electricity on the spot market and doing so without interruption, sometimes at prices lower than the cost of Colstrip power. All six of Colstrip’s owners own other generating facilities, ranging from hydroelectric dams to wind farms and natural gas plants.

“We’re doing some market purchases, but we’re also using some other pieces of our portfolio,” said Butch Larcombe, of NorthWestern Energy, which services roughly half of Montana’s energy customers.

In Washington, Colstrip’s largest owner, Puget Sound Energy, is buying power on the open market only as needed, said Gran Ringel, Puget spokesman. The company already turns to market power whenever the price is lower than the electricity generated at its own facilities. Colstrip being offline hasn’t been disruptive, Ringel said.

Coal accounts for 37 percent of Puget’s power, hydroelectricity 31 percent, and natural gas 22 percent. The remainder is wind energy and a small percentage from other sources, including nuclear power, according to its portfolio. The company has 1.5 million customers.

Spokane-based Avista Corp said it too was turning to market power to fill the void left by Colstrip's shutdown.

Colstrip’s shutdown comes at a time when the Columbia River drainage is swollen with water and hydroelectric power is abundant. Colstrip typically dials down its energy production during this time to make room for hydro. That changes as water levels drop, summer temperatures rise and air conditioners turn on.

The one thing Avista Corp made clear to Montana utility regulators Thursday is that it will not give a shutdown date for Colstrip Power Plant,…

In the past few weeks, two reports have been released that tell very different stories about Montana’s energy future. One is optimistic, solut…

NorthWestern Energy will not be able to charge customers for market power purchased by the utility during a 2013 outage at the Colstrip power plant.

Montana coal mining was on a 3-million-ton upturn through the first half of the year, but could fade as Colstrip Power Plant problems stretch …

Trump's coal-friendly pollution rules get mixed reviews in Montana, may not save Colstrip 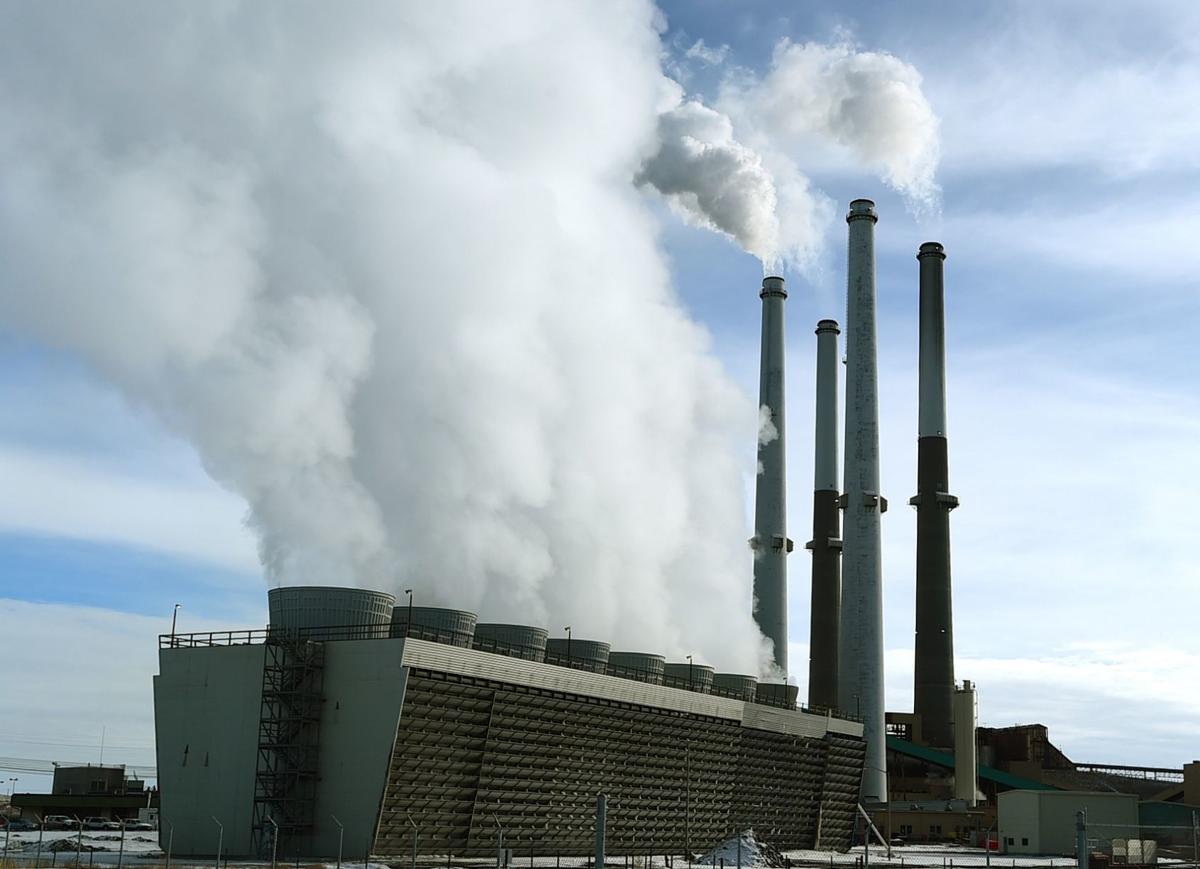 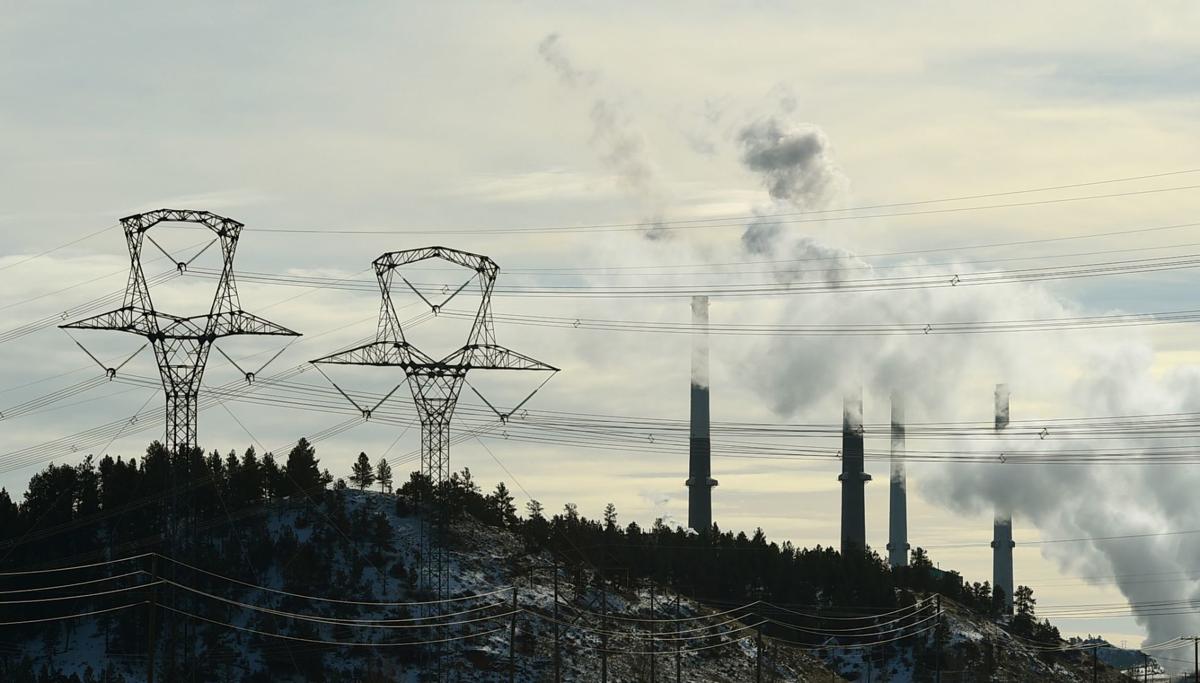