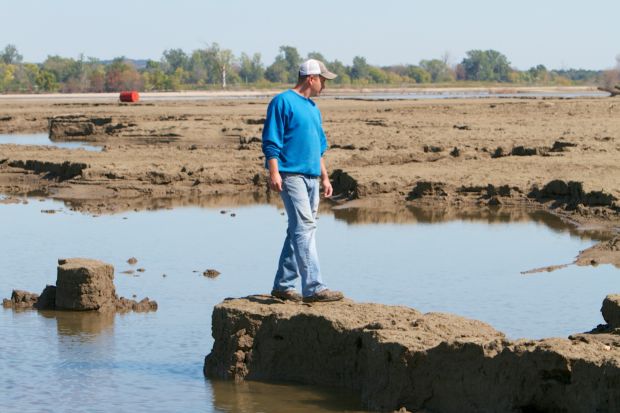 Rob Chatt surveys damage from the Missouri River flooding to his family farm in Tekamah, Neb., on Sept. 19, 2011. 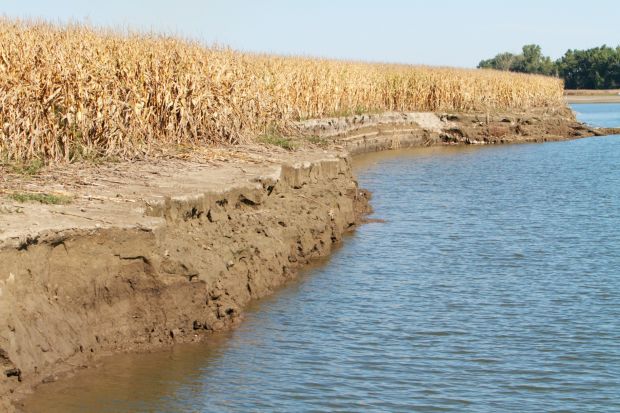 A pool of receding water left behind by the Missouri River flooding in 2011 reveals land erosion to a corn field near Takamah, Neb. 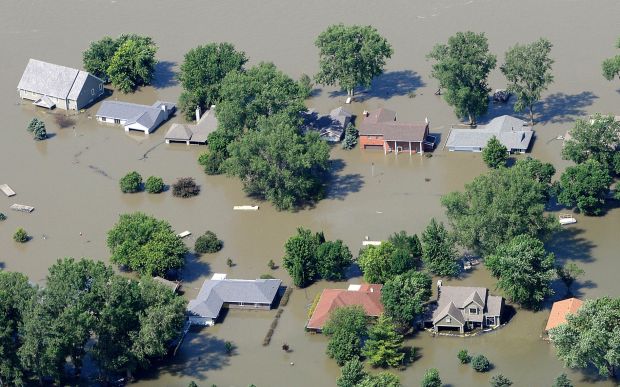 Homes are inundated by Missouri River floodwaters in Union County, S.D., on June 29, 2011.

Rob Chatt surveys damage from the Missouri River flooding to his family farm in Tekamah, Neb., on Sept. 19, 2011.

A pool of receding water left behind by the Missouri River flooding in 2011 reveals land erosion to a corn field near Takamah, Neb.

Homes are inundated by Missouri River floodwaters in Union County, S.D., on June 29, 2011.

SIOUX FALLS, S.D. — The mountain snowpack in the Missouri River’s upper basin is close to levels seen before devastating 2011 flooding along the river, but a repeat this year isn’t likely, an Army Corps of Engineers official said.

Drought in 2012 has resulted in a one-third increase in water storage capacity in the three Missouri River reservoirs in the Dakotas and Montana, according to Jody Farhat, chief of Missouri River water management for the corps. There also is not as much snow accumulation on the plains as there was three years ago, when flooding devastated hundreds of thousands of acres of mostly farmland in the Dakotas, Nebraska, Iowa, Kansas and Missouri.

“My guess is, by Tuesday of next week, (the plains snow) will be mostly gone since we are forecast to have nice temperatures the next four to five days,” she said.

“This is unusual, where we are still implementing drought conservation measures but are receiving calls about flooding (prospects),” she said. “We still have pretty severe drought impacts for the whole basin.”

South Dakota Gov. Dennis Daugaard said he doesn’t want to take any chances. He’s calling on government officials and residents to be diligent about monitoring flood potential this year. He said in a statement that it is “not a time for panic but for watchfulness.”

“The risk of flooding is not imminent or even probable at this point,” Daugaard said. “However, in 2011, we did not begin to receive necessary information on river conditions until just a few days before record-high water began moving through the state. I will not let that happen again.”

“With what we’re looking at for late winter, early spring, I’m feeling pretty good,” he said.