A federal criminal investigation has been launched into the Crow Tribe’s Tribal Historic Preservation Office.

A statement from the tribe’s executive branch said the investigation concerns the handling of about $500,000 by that office in 2010 and 2011. Office of Inspector General (OIG) and Federal Bureau of Investigation agents were in Crow Agency this week.

It appears that some employees of the preservation office may have been paid twice for their work in 2010 and 2011.

According to the statement, the investigation was spurred by a 2011 report by the tribe’s Finance Department. That report found that employees of the Tribal Historic Preservation Office (THPO) who monitored archaeological studies were being paid by the tribe and by the companies they were monitoring.

The monitors act on behalf of the tribe to protect historic and cultural resources. They work with companies that want to develop land or engage in other activities that could disturb tribal land to ensure that cultural resources are not damaged or lost.

The companies reimburse the tribe for the costs incurred in that monitoring.

Kim Not Afraid, the tribe's finance director, said Thursday that not long after she was hired in September 2011, she noticed a discrepancy. Where the tribe had previously received reimbursement payments from the outside companies for THPO monitoring, those payments had stopped.

"When I started looking into it, in 2010 to 2011, we received absolutely no revenue," Not Afraid said. "Whereas in prior years we had received revenue."

The Finance Department employee who had previously sent invoices to the companies for reimbursement costs had left her job, Not Afraid said, and her duties were not reassigned.

Not Afraid said she met with the tribe's chairman, Cedric Black Eagle, in October 2011 to discuss the situation. The two of them also spoke with THPO director Dale Old Horn, she said.

The matter was turned over to the tribe's Legal Department in November. Old Horn and the monitors were relieved of their duties at that point, Not Afraid said.

The Legal Department alerted the Office of Inspector General, and the OIG began requesting additional documents from the tribe in March, she said. Not Afraid said the $500,000 figure came from the OIG.

The Tribal Historic Preservation Office operates on the reservation under a 2005 agreement between the tribe, the National Park Service and the U.S. Department of the Interior. Carl Venne, the chairman of the tribe then and who since has died, appointed Old Horn, a tribal cultural authority, to head it up.

Old Horn told The Gazette on Tuesday that he had been interviewed by agents of the FBI and the Inspector General’s office.

He did not elaborate on the subjects the investigators raised but said the agents were accusatory and didn’t want to hear his explanations. He said he defended his tenure at the preservation office and said everything was done legally.

Old Horn could not be reached Thursday for further comment.

Black Eagle, the tribal chairman, said the tribe is cooperating with the OIG and the FBI.

“As chairman of the Apsaalooke Nation, I am charged with the responsibility of protecting the assets of our nation,” he said in a written statement.

He added that, “$500,000 is an enormous amount of funds that should be going to the employment, revenue and preservation protection of the Apsaalooke people, not to individual pockets.”

SARPY CREEK -- About the time Christ was born and Roman legions marched on much of the known world, hunters honed by millennia of experience trapped a snorting, terrified herd of bison in a narrow drainage near what is now Hardin.

As they systematically killed and processed hundreds of animals, boiling and breaking the bones to retrieve the marrow, these prehistoric people had no notion of the archaeological and political fracas that would arise 2,000 years later.

The enormous bone bed they left behind, salted with hundreds of projectile points that may have been used in the kill, is now part of the Crow Reservation. And it is in the path of a coal mine expansion that will consume the site as well as all the ancient campsites and processing areas around it.

Three of seven defendants caught in a $500,000 fraud investigation at the Crow Tribe Historic Preservation Office changed their pleas to guilt… 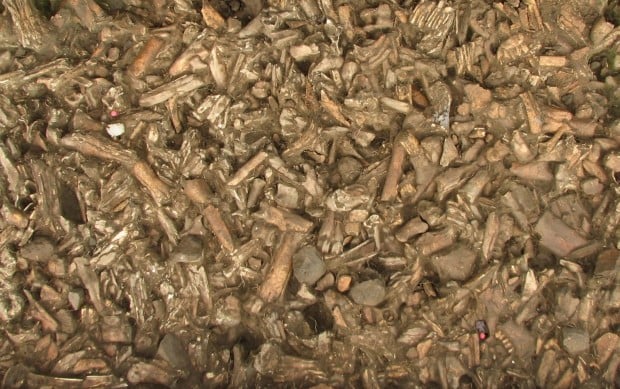 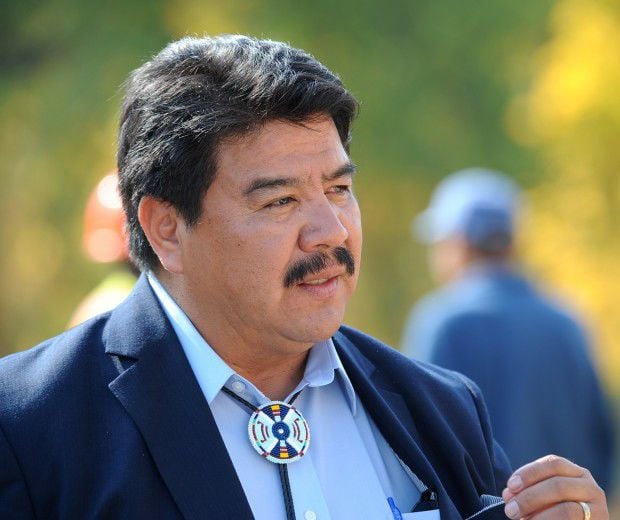