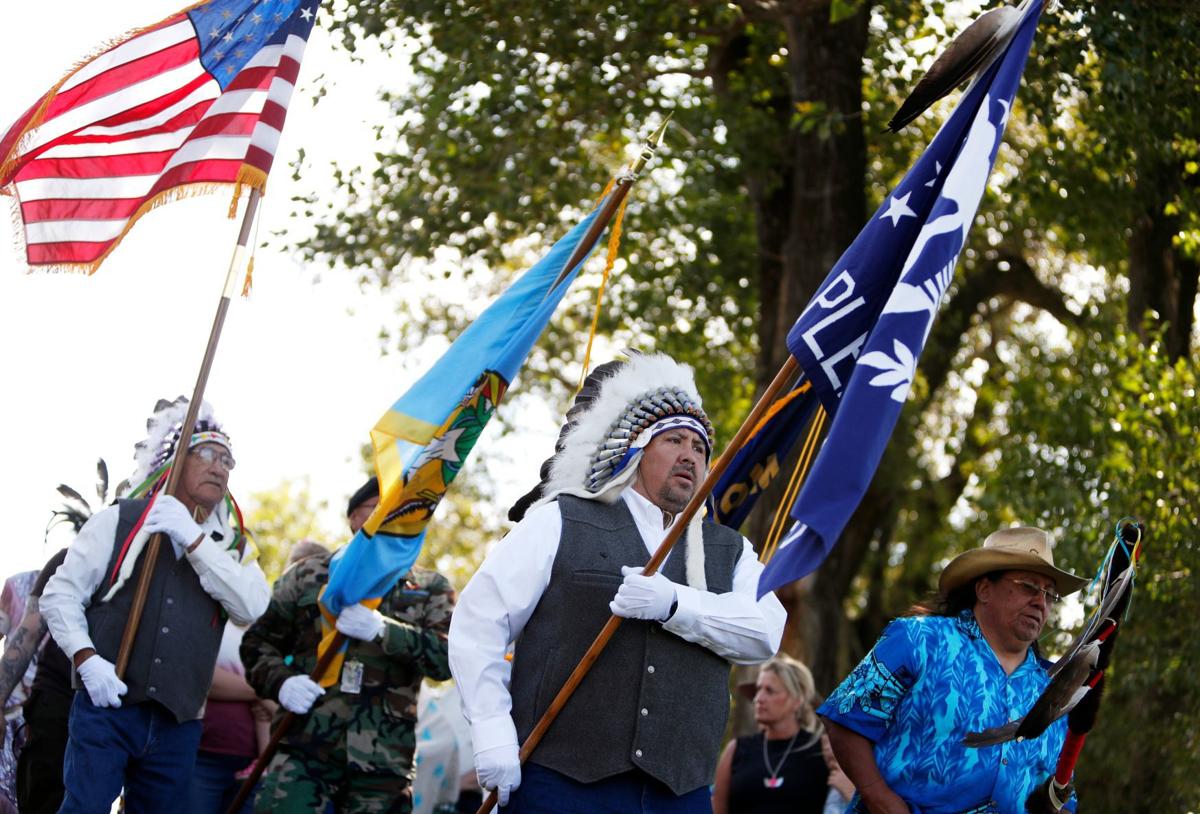 Ellsworth Goes Ahead leads the Honor Guard for the grand entry at the Day of Honor at Chief Plenty Coups State Park in Pryor on Saturday. 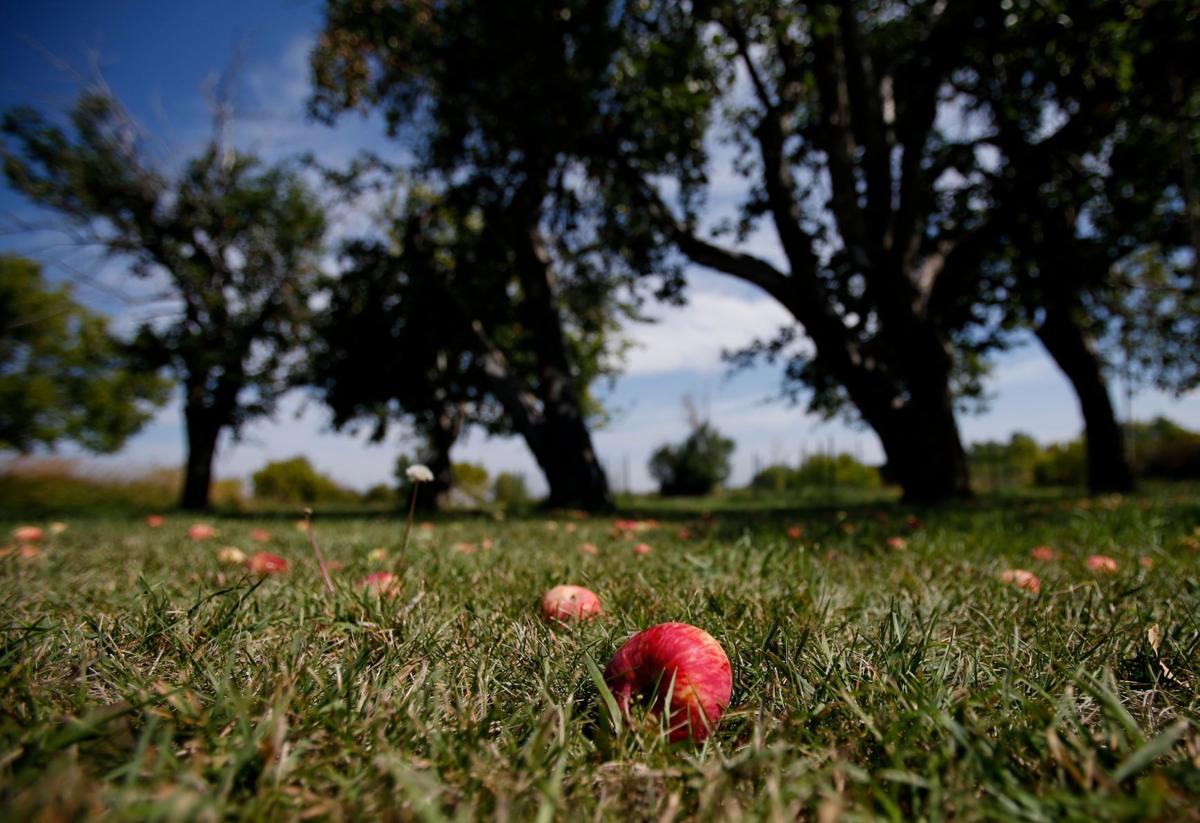 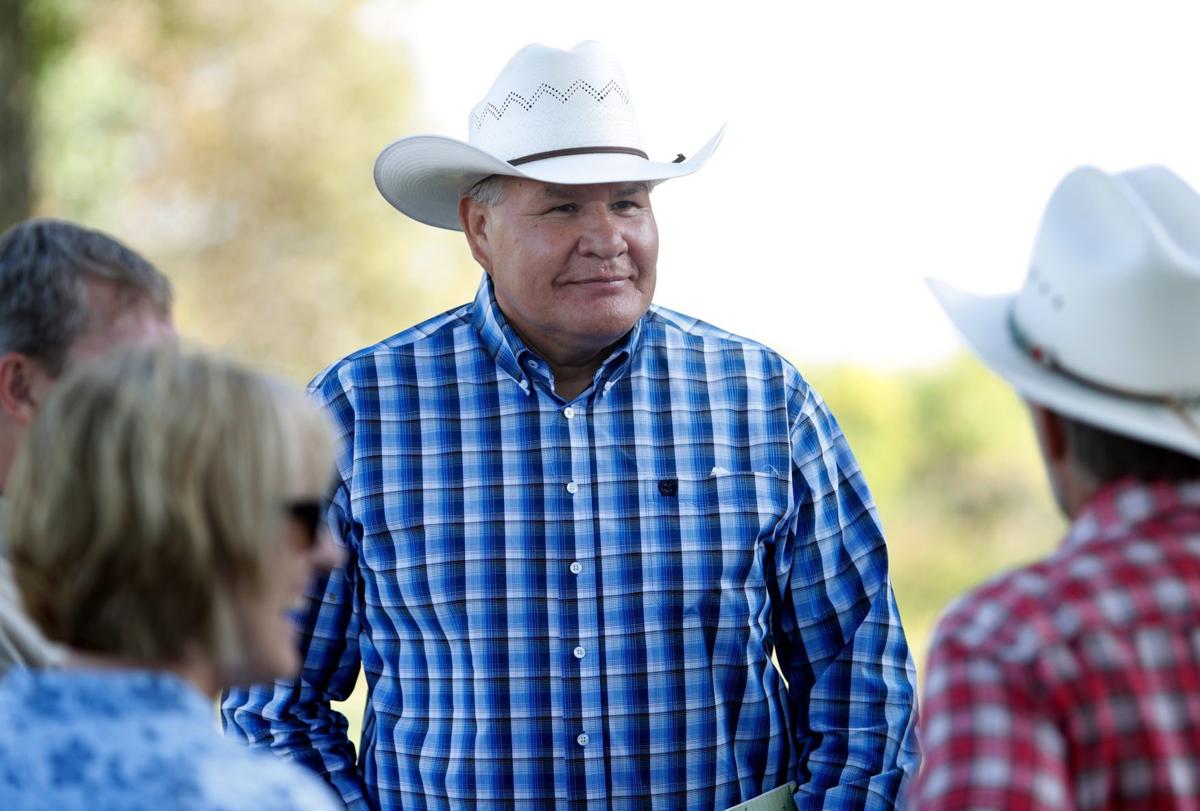 Carlson Goes Head was a keynote speaker for the Day of Honor at Chief Plenty Coups State Park in Pryor on Saturday. 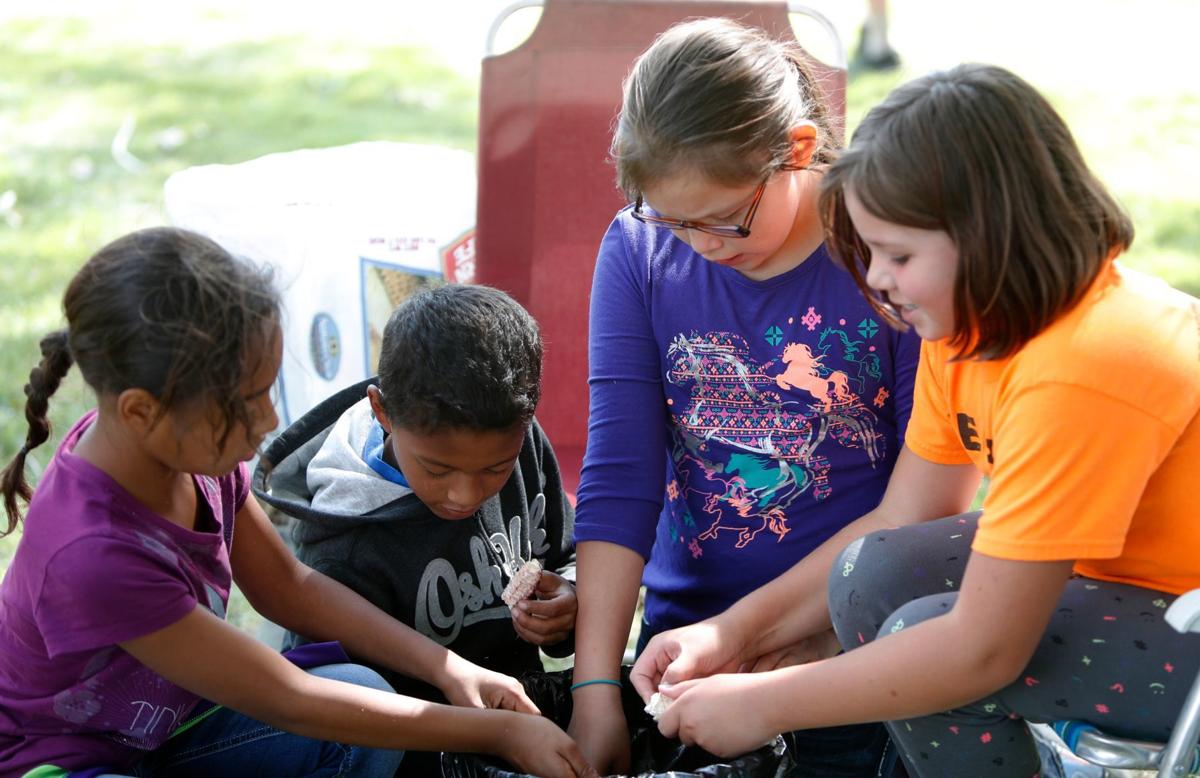 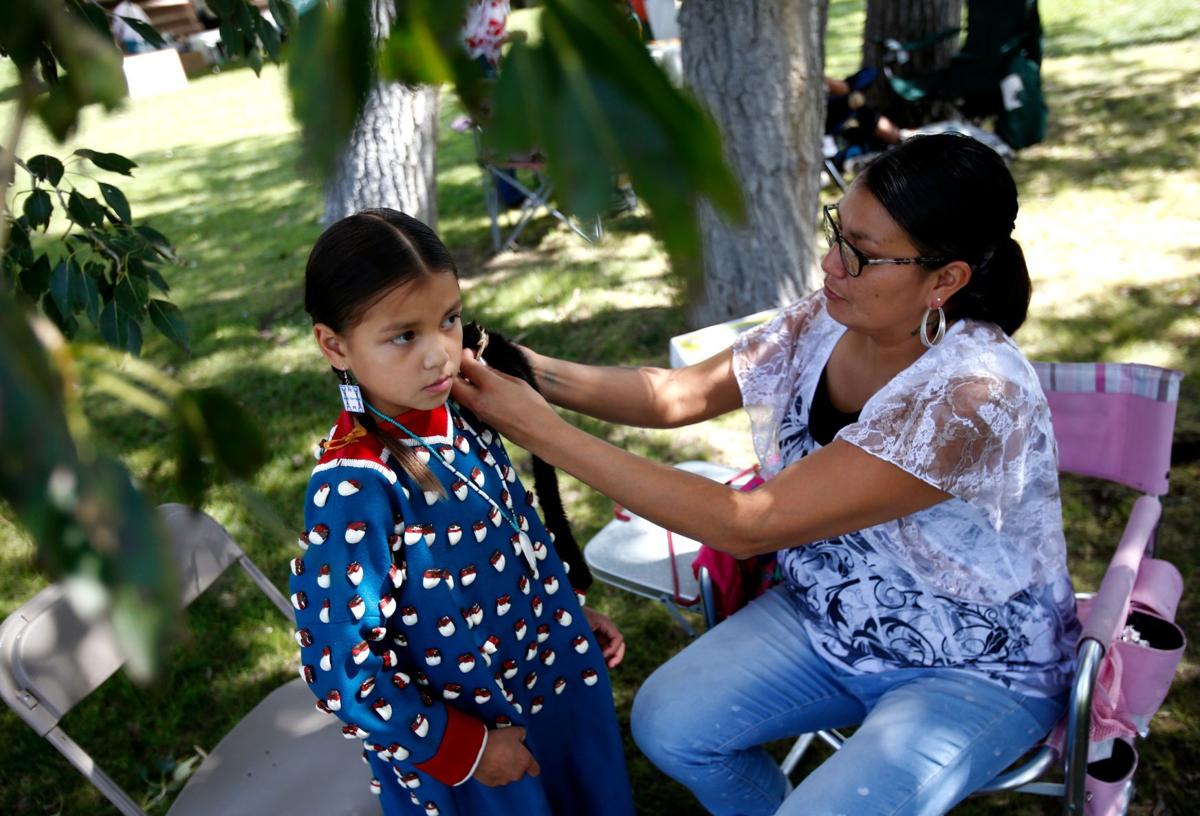 Zandee Shane of Dunmore helps her daughter Zarita Threeirons, 8, with her regalia at the Day of Honor at Chief Plenty Coups State Park in Pryor on Saturday. 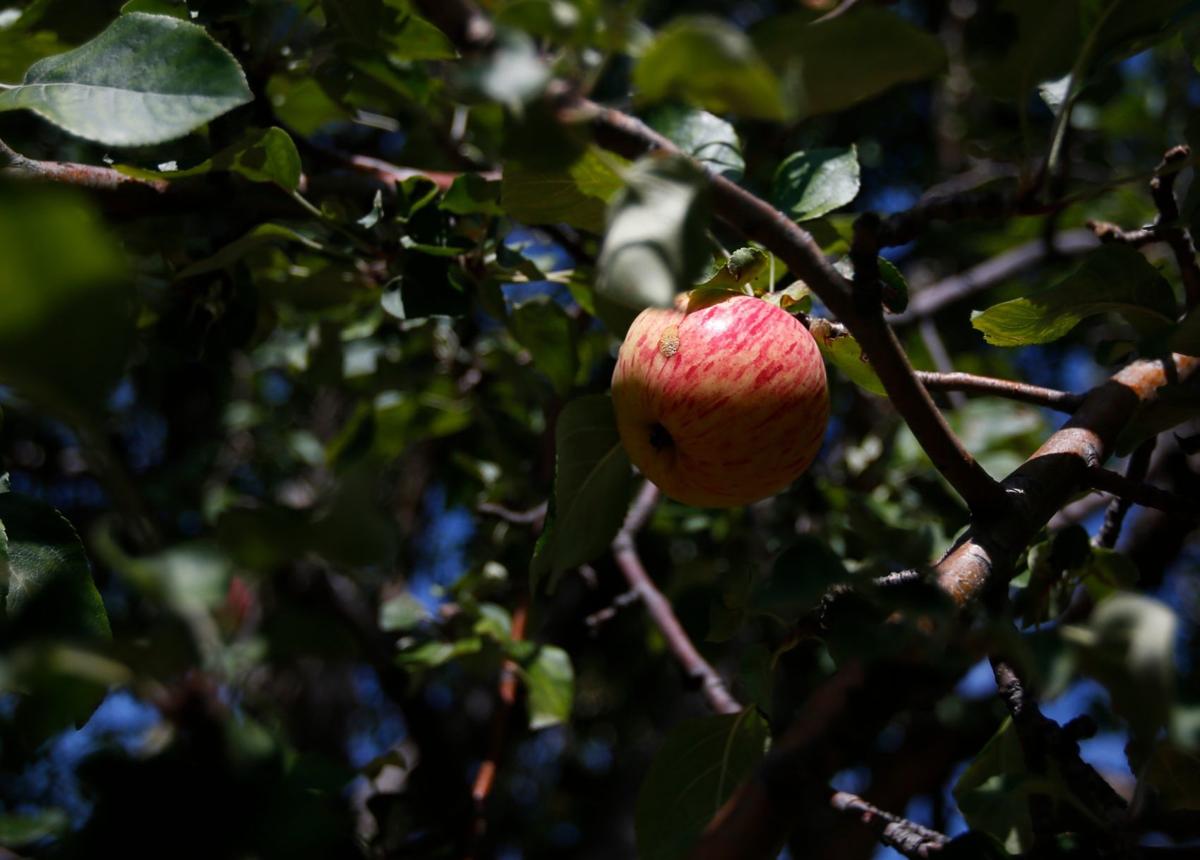 Apples in the century-old orchard at Chief Plenty Coups State Park in Pryor are ready for plucking. 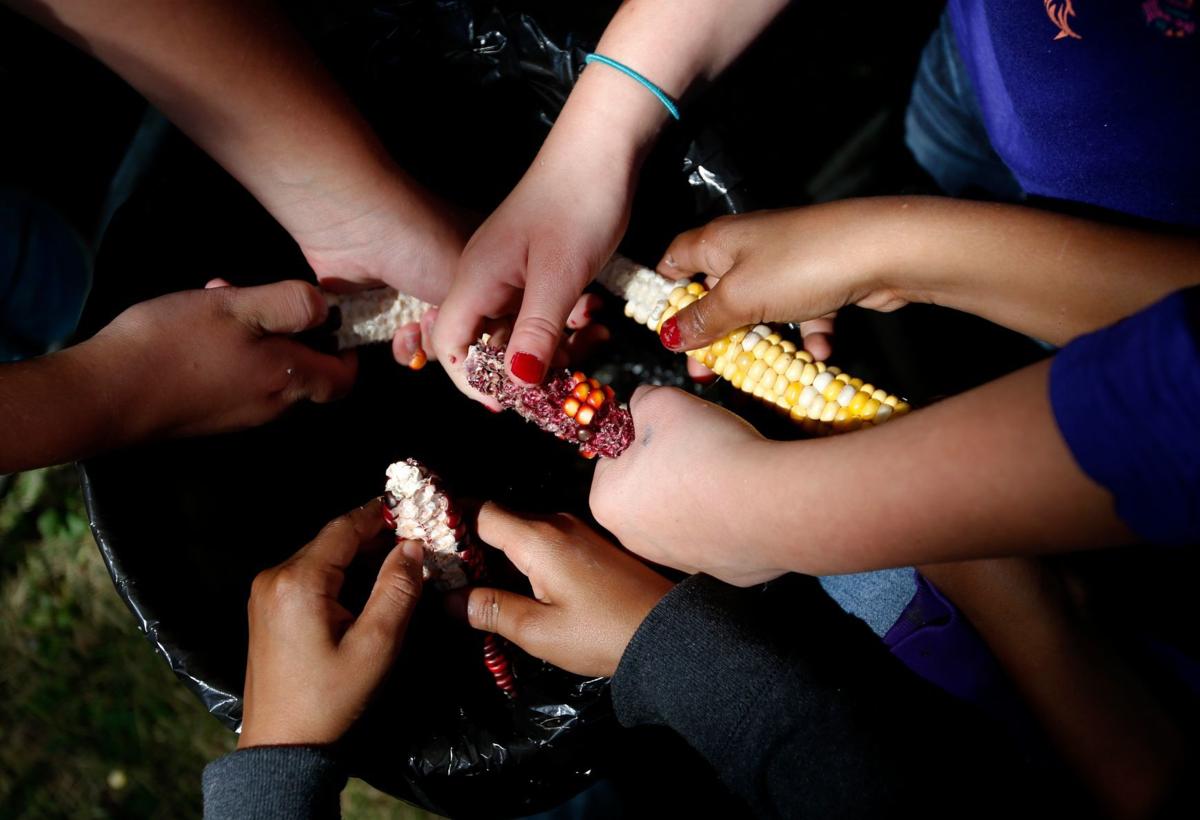 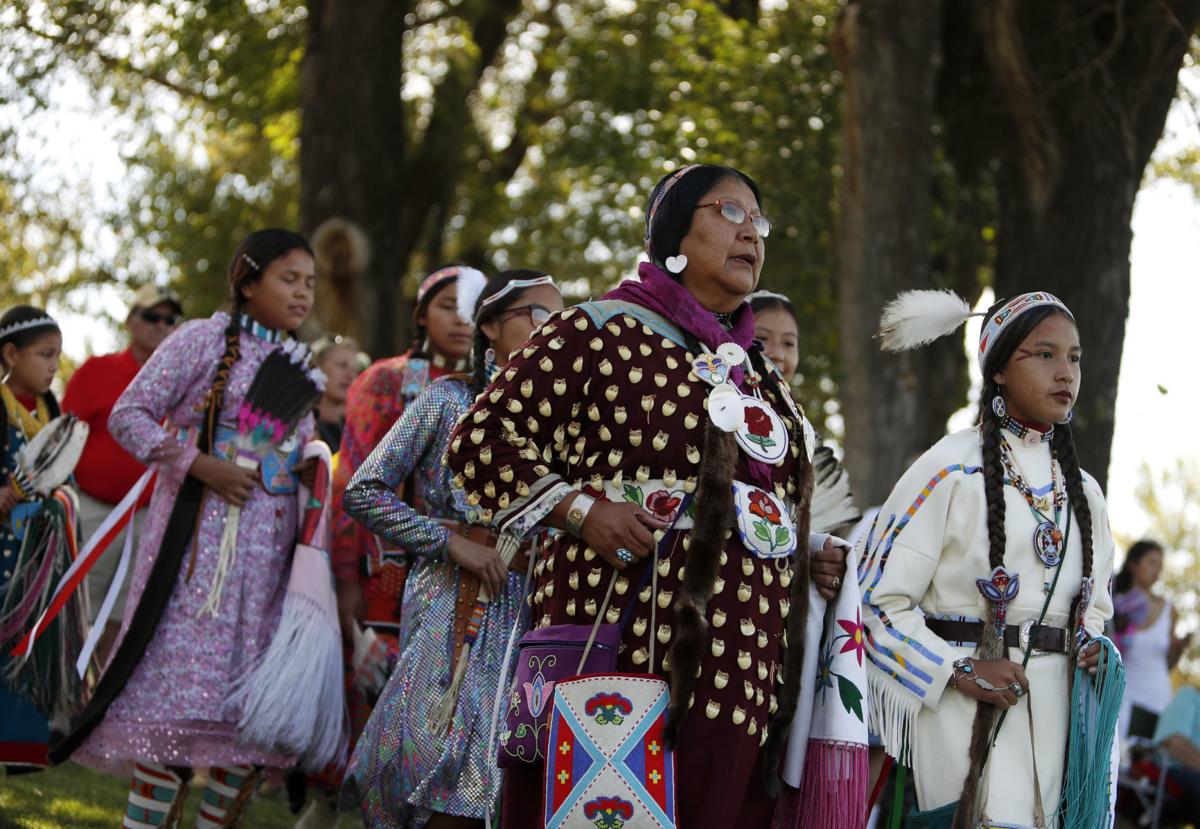 Dancers enter during the grand entry at Chief Plenty Coups State Park in Pryor on Saturday.

Ellsworth Goes Ahead leads the Honor Guard for the grand entry at the Day of Honor at Chief Plenty Coups State Park in Pryor on Saturday.

Zandee Shane of Dunmore helps her daughter Zarita Threeirons, 8, with her regalia at the Day of Honor at Chief Plenty Coups State Park in Pryor on Saturday.

Apples in the century-old orchard at Chief Plenty Coups State Park in Pryor are ready for plucking.

Dancers enter during the grand entry at Chief Plenty Coups State Park in Pryor on Saturday.

Near the log home that Chief Plenty Coups built in the 1880s, a grassy path leads to a small apple orchard that continues to bear fruit.

“Our apple trees that were planted by Chief Plenty Coups are the oldest apple trees in the state right now,” Aaron Kind, park manager of the state park a half-mile east of Pryor, said Saturday, as the 24th annual Day of Honor kicked off. “So we used that as our theme this year.”

“Sowing the Seeds of Success” brought more than 100 people to the park to remember the last traditional chief of the Crow tribe. Chief Plenty Coups planted seeds to help his people transition from a nomadic existence to living a more stationary lifestyle on a reservation.

The day included a veteran honor guard, a drum group and traditional dancers dressed in colorful regalia, as well as a series of speakers. Vendors also were on hand to sell their wares, and demonstrations including how to grind corn into flour attracted a continuing interest.

Chief Plenty Coups was instrumental in getting education onto the reservation, Kind said. The chief was well-respected by his people and by others off the reservation.

In the vault at the visitor center, Kind discovered a photograph signed by Teddy Roosevelt to his friend Chief Plenty Coups.

“So he was well-known on the world stage and locally,” he said.

The park, designated a National Historic Landmark, contains the home Plenty Coups and his family lived in, as well as a small store where they sold groceries — including apples. On Saturday, people were invited to tour the log home, visit the orchard and pluck an apple off a tree to eat.

They could get a taste of other traditional Crow foods, including fry bread and pemmican balls, made from a blend of chokecherries, dried venison, lard and sugar.

Pemmican traveled well in a time when there was no refrigeration, said Rhea Goes Ahead, who was helping out at the food booth. Pemmican contained chokecherries, which would be ground up and dried for later use.

“It’s what my grandmother did,” Goes Ahead said. “They could make it into chokecherry pudding or pemmican with ground up meat.”

Later, when the tribe was located to the reservation, Chief Plenty Coups tried to impress on his people the value of agriculture. Thus, near to the home he built, he planted the orchard, Kind said.

And remarkably, the trees kept growing long after Plenty Coups died in 1932 at age 84. More recently, the apples were genetically tested by the Montana State University Extension Office, Kind said.

Carlson Goes Ahead, vice chairman of the Crow Tribe, gave a talk also titled “Sowing the Seeds of Success.” Goes Ahead said Plenty Coups, when he was 11, went on a vision quest in which he saw a series of visions.

Plenty Coups saw timber knocked down by a strong wind that came from all four directions, foreshadowing the coming of the white man who would overrun the Indians. Only one timber stood, which held the home of the chickadee, interpreted to be the Crow people.

Plenty Coups saw the buffalo disappear into a hole in the ground, and out of that same hole came an animal that turned out to be cattle. And then the boy saw himself in old age sitting under this cottonwood tree next to his home, Goes Ahead said.

Plenty Coups was chosen as chief of his tribe when he was 28. He served his people for many years.

“He knew the survival of the Crow people would be to transition into the modern times, so he started farming and he also planted orchards here, in 1905,” Goes Ahead said.

“He realized education was a seed for the survival and transition for the Apsaalooke way of life,” Goes Ahead said.

He summed up Plenty Coups’ philosophy on education with a famous quote from the Crow chief: “Education is your most powerful weapon. With education you are the white man’s equal. Without it, you are his victim.”

Now this generation of Crow leaders is carrying on the tradition of nurturing the next generation, Goes Ahead said. In 2014 the tribe created the Many Arrows Community Development Corp. to boost tribal economic and community opportunities.

Out of that came the Baapua Summer Camp for children ages kindergarten through ninth grade. The focus is on education, cultural, physical and spiritual growth.

In 2014, the four-week camp drew 40 kids, Goes Ahead said. In 2018, the six-week camp attracted 106 participants. It’s a way to engage the younger tribal members, as well as expose them to the language and culture of the Crow Tribe.

“That’s the seeds we’re planting so it will continue when we’re gone, like Chief Plenty Coups,” he said.

The Crow Tribal Court has issued an arrest warrant for Crow Tribal Chairman Alvin "A.J." Not Afraid after his administration failed to comply …