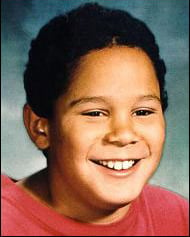 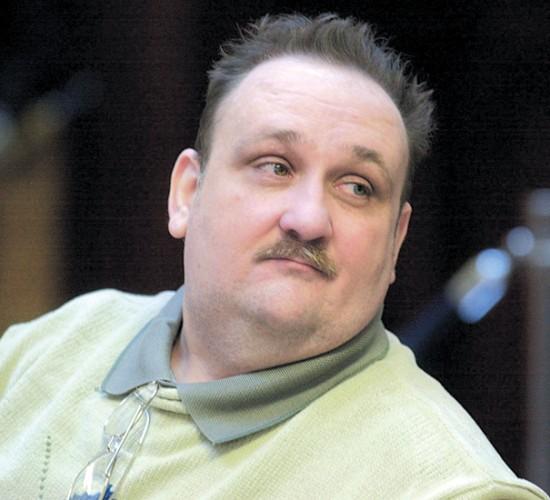 Nathaniel Bar-Jonah looks back to defense attorneys during a recess in his 2002 sexual assault trial in Butte.
Associated Press

GREAT FALLS — The father of a Great Falls child who disappeared 15 years ago plans to ask that a judge on Wednesday declare the boy dead so the family can have closure.

Zachary Ramsay was last seen Feb. 6, 1996, walking in an alley on his way to school.

Investigators accused Nathaniel Bar-Jonah of killing and cannibalizing the 10-year-old boy after investigators found bone fragments buried in the dirt floor of the man's garage.

The Great Falls Tribune reports that father Franz Ramsay's petition to the court highlights other evidence against Bar-Jonah, such as witnesses placing Bar-Jonah in the alley on the morning the boy vanished and the child's clothes spotted in the man's home.

Investigators allege that Bar-Jonah chopped the boy up and fed him to neighbors.

But prosecutors dropped the case when Ramsay's mother, Rachel Howard, said days before the trial was to begin that she planned to testify that she believed her son was alive.

Zach Ramsay is still listed on the National Missing and Abducted Children website.

But Franz Ramsay believes the time has come to declare his son dead.

"I think, after the passage of so many years, that logic would dictate that he's no longer alive," said attorney Ken Olson, who is representing Franz Ramsay. "His father is convinced that he is deceased."

Franz Ramsay, who now lives in Virginia, also has been paying premiums on a $20,000 life insurance policy for Zach.

He and Howard divorced just before their son turned 2.

Bar-Jonah died of a blood clot in the Montana State Prison in 2008, where he was serving a 130-year sentence for kidnapping, sexually assaulting and choking a teenage neighbor.

"I firmly believe that the person who killed Zach Ramsay is deceased and that this (request) has no affect whatsoever on it being prosecuted," former Cascade County Attorney Brant Light said.

Investigators unearthed 21 human bone fragments in Bar-Jonah's garage they believed were the remains of Zach Ramsay, but the bones appeared to have been cut or smashed and boiled, damaging the DNA. Tests proved they belonged to an adolescent.

Howard previously told the Great Falls newspaper that police could be wrong about Bar-Jonah because at one time they were wrongly convinced that she kidnapped her son.

It was not immediately clear whether Howard planned to testify Wednesday that she still believes her son is alive.

"Rachel always wanted to keep the faith and she'll keep the faith until we produce a body or DNA," retired detective John Cameron said. "I don't blame her for that — for God's sake, who wouldn't want to believe that."

GREAT FALLS — A Great Falls boy who disappeared 15 years ago has been declared legally dead.

Nathaniel Bar-Jonah looks back to defense attorneys during a recess in his 2002 sexual assault trial in Butte.
© Copyright 2022 Billings Gazette, 401 N Broadway Billings, MT | Terms of Use | Privacy Policy
Powered by BLOX Content Management System from TownNews.com.
You don't have any notifications.