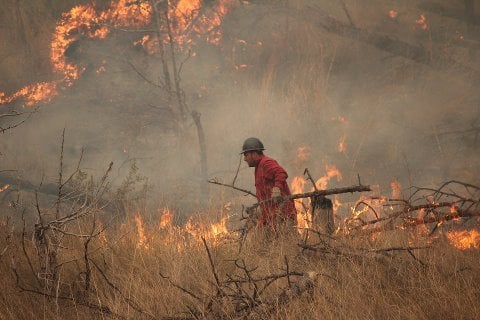 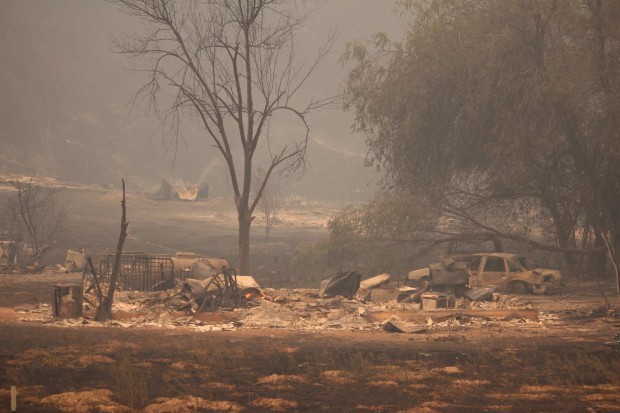 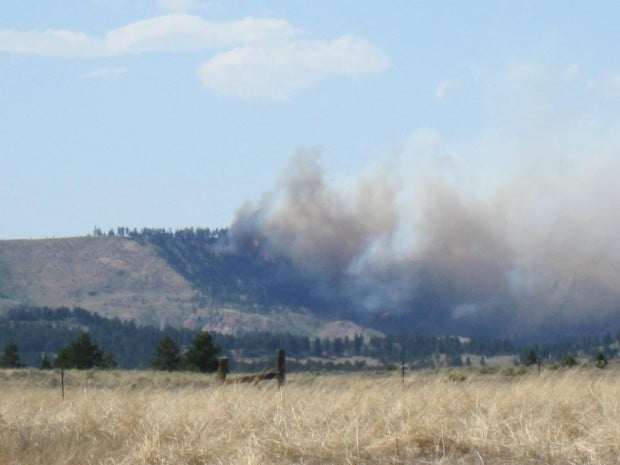 Fire roaring across the Northern Cheyenne Reservation since Tuesday afternoon picked its victims at random.

"My house wasn't burned, but two neighbors 50 feet away were burned to the ground," said Allen Fisher, who was sheltering Wednesday with 50 others at the Northern Cheyenne Boys and Girls Club in Lame Deer.

Another 150, mostly from the Ashland area, spent the night at the school gym in Lame Deer.

Fire burned power lines, plunging most of the fire area including Ashland, Lame Deer, Busby and Broadus in the dark late Tuesday night, said Alan See, general manager of Tongue River Electric. Power was restored to Lame Deer and Busby early Wednesday afternoon, but will likely be out for at least until Friday at Broadus and Ashland, he said.

At a noon press conference Wednesday at the Billings airport, state fire officials said the Ash Creek fire was estimated to have grown to 100,000 acres.

Bob Harrington of the Montana Department of Natural Resources and Conservation said conditions for the remainder of Wednesday were expected to be nearly as bad as those on Tuesday, despite cooler temperatures.

Eleven homes on the Northern Cheyenne Reservation and seven homes on private land have been destroyed by the fire, Harrington said.

It started 10 miles east of Lame Deer on the Northern Cheyenne Reservation but is now burning on state and private land off the reservation, she said. A force of 112 firefighters are on the lines.

The Ashland Public School on U.S. 212 hosted about 30 evacuees as did a shelter at the Lame Deer Boys and Girls Club at 100 Cheyenne Ave. Wright said sometime Wednesday the shelters probably will be combined.

She did not know if anyone stayed at the Broadus Elementary School shelter last night.

Harvest Church in Billings at 1235 W. Wicks Lane is on standby in case additional shelters are needed.

Wright said Red Cross resources are being tapped and she hopes Montanans will respond with donations.

"We having to pull disaster teams from all areas of the state to head east," she said.

Several wildfires burning in Rosebud County have forced evacuations on and around the Northern Cheyenne Indian Reservation.

The Rosebud County Sheriff's Office said evacuations have been ordered in the Ashland and St. Labre areas and that homes have been destroyed in the fire, although an exact number wasn't available Wednesday morning.

Highway 212 into Ashland is closed because the bridges have been burned out.

The fires' exact size wasn't immediately available, but a sheriff's office spokeswoman said, "They've taken over quite a sizable area."

A Department of Natural Resources and Conservation team is expected to take over command of the firefighting efforts on Wednesday.