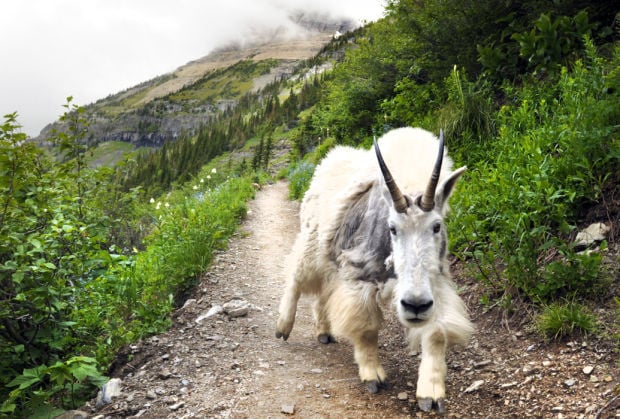 By VINCE DEVLIN of the Missoulian

Montana’s two – Glacier and Yellowstone (the latter of which, of course, we share with Wyoming and Idaho) – are among the finalists for the Reader’s Choice award.

The 10Best website says it wants to “pit mountains against canyons, lakes against rivers and coasts against prairie.”

Travel writers David and Kay Scott, authors of “The Complete Guide to the National Park Lodges,” picked the 20 finalists.

Of Glacier, they said, “Covering more than 1 million acres, Glacier National Park in Montana has something for everyone. Hikers come to explore the 700-mile network of trails. Road trippers and motorcyclists come to ride the curves of Going-to-the-Sun Road, and engineers come to marvel at it. The massive, snowy peaks of the Continental Divide hide azure alpine lakes, colorful patches of wildflowers and the occasional cascading waterfall.”

Their pitch for Yellowstone: “America’s first national park is also one of its most iconic. Home to the world’s largest collection of geysers, including the famous Old Faithful, Yellowstone attracts some 3 million visitors a year to its bizarre geological formations and teeming wildlife, including bison, bear, bighorn sheep, trumpeter swans, moose, elk and river otter.”

Here’s the competition the Scotts have handed Glacier and Yellowstone:

• The Blue Ridge Parkway in Virginia and North Carolina (technically not a national park, but under the jurisdiction of the National Park Service).

GLACIER NATIONAL PARK – The unique nature of Lake McDonald Lodge, with its distinctive cedar timbers, wildlife mounts and cozy feel, can be tr…

JACKSON, Wyo. – New research indicates the magma chamber underlying Yellowstone National Park may not be as volatile as previously believed.