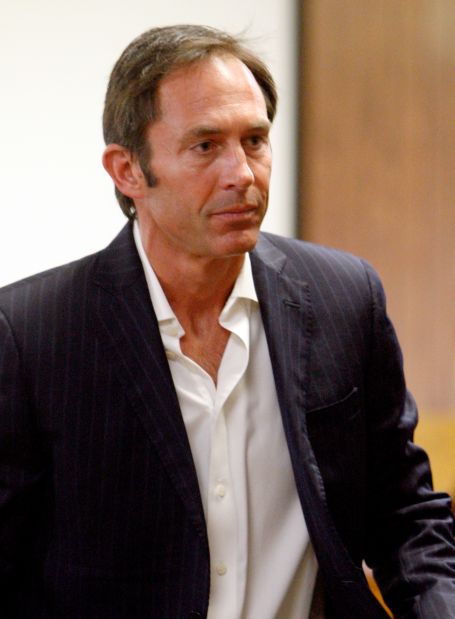 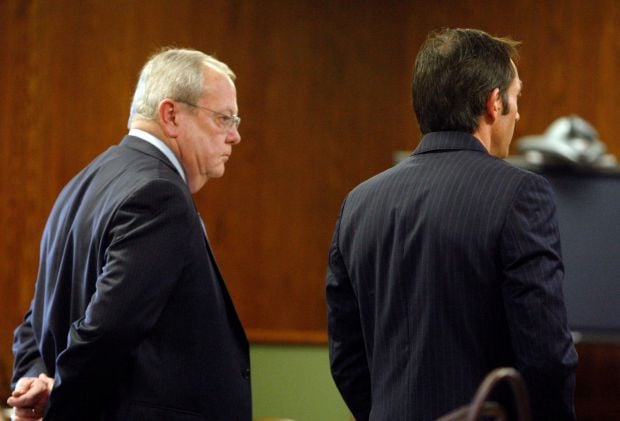 RED LODGE — State Sen. Jason Priest pleaded not guilty Thursday to four criminal charges, including an allegation that he attacked his wife, who states in court records that her husband’s abuse has been going on since before he took office four years ago.

Priest, 45, appeared before Judge Blair Jones in Carbon County District Court and denied a charge of felony assault on a minor and misdemeanor counts of partner or family member assault, assault and resisting arrest.

Those charges stem from an incident outside Priest’s home in Red Lodge on Feb. 1.

Prosecutors say the Republican senator threw his 4-year-old daughter, shoved his estranged wife, Anna Priest, and broke her boyfriend’s rib before struggling with a police officer who witnessed the incident and intervened.

Court records state that Priest’s daughter sustained a 1-inch bump after landing on her head, and that Jonathan Trapp, Anna Priest's boyfriend, was treated at a hospital for a broken rib.

Trapp and Anna Priest both filed for and received orders of protection against the senator in the days after the incident.

In her application for a restraining order, Anna Priest details her account of what happened on Feb. 1, and stated that her husband “has numerous guns, and he has threatened to kill me before. He has also threatened numerous times to kill himself.”

Priest's attorney, Vern Woodward, could not be reached for comment Thursday afternoon on these allegations.

Among the accusations of abuse that Anna Priest makes in her application for an order of protection, she states that in summer 2009 her husband threatened to murder her while she was pregnant with her youngest daughter, whom Priest is charged with throwing to the ground.

The senator was elected in 2010 to a four-year term and is chairman of the Senate Public Health, Welfare and Safety Committee.

In court on Thursday, Assistant Attorney General Mary E. Cochenour asked Judge Jones to order that Priest be monitored with a GPS tracking system. The prosecutor cited the senator’s apparent lack of respect for law enforcement and the threat he poses to his wife, children and Trapp as grounds for the requirement.

“If I might address the idea that Mr. Priest is somehow in need of 24-hour babysitting by GPS monitor, I think that’s ridiculous,” Woodward said, adding that his client respects the court’s orders and will not go near his wife, children or Trapp.

“He doesn’t need the further humiliation of a GPS monitor,” Woodward said.

Noting that Priest is presumed innocent until proven guilty, Jones said the orders of protection address the state’s concerns for the alleged victims’ safety, and continued Priest’s release from jail on a previously posted $1,500 bond set in Red Lodge City Court on Feb. 3.

The orders of protections state Priest must stay at least 1,500 feet away from his children, his wife and Trapp. The judge also ordered Priest to have no firearms and to abide by a 10 p.m. curfew.

“I do expect my orders to be obeyed,” Jones told Priest. “I can’t do this job unless they are, and I’m pretty difficult to deal with if they’re not obeyed.”

A trial in the case hasn’t yet been scheduled.

Anna Priest’s application for the order of protection includes more than four pages of handwritten notes on the events leading up to Priest’s arrest and numerous allegations of abuse against her and her children.

“He was completely enraged and out of control,” she says of her husband’s actions on Feb. 1. “I feel that if the police and Jon were not there that evening, Jason may have gone back into the house for a gun to hurt myself, the kids and himself.”

Charging documents state that Red Lodge Police Officer Matt Grieshop received a call from Trapp asking that police assist while he and his girlfriend, Anna Priest, picked up her children from the state senator’s home.

The documents state that Officer Grieshop was aware that the Priests “were involved in an ongoing, contentious divorce.”

The divorce was filed for on Oct. 31, 2012, and is still pending, according court records.

Trapp told Officer Grieshop that Priest’s youngest daughter had called her mother, crying, and said that Priest had been swearing at her, charging documents state.

In the affidavit, Trapp said that Priest then apparently grabbed the phone from his daughter, swore at his wife and told her and Trapp to “come over here and get your daughter.”

The officer went to Priest’s residence in the 200 block of North Word Street and saw Priest on the porch in a heated argument with Anna Priest, the documents state.

Anna Priest stated in the documents that Jason Priest grabbed her by the arm and tried to push her down the steps and that she would have fallen had she not grabbed the banister.

Priest’s wife goes on to say that her daughter kept trying to come out of the house and get past Priest, who picked her up and threw her eight feet back into the house.

The girl and the Priests’ other two children, ages 7 and 9, who were also at the house, are quoted in the charging documents stating that their father threw their youngest sister back into the house.

The alleged victim later told an investigator that “dad throwed (sic) me and a crash went on the floor,” the documents state.

Anna Priest states in court records that all three of her children were terrified after the incident and insisted on sleeping in bed with her that night.

HELENA — State Sen. Jason Priest, R-Red Lodge, pleaded not guilty Monday to allegations that he pushed his wife and then fought a police offic…

HELENA — State Sen. Jason Priest's estranged wife feared her husband's anger would turn to violence when she picked up their young daughter la…