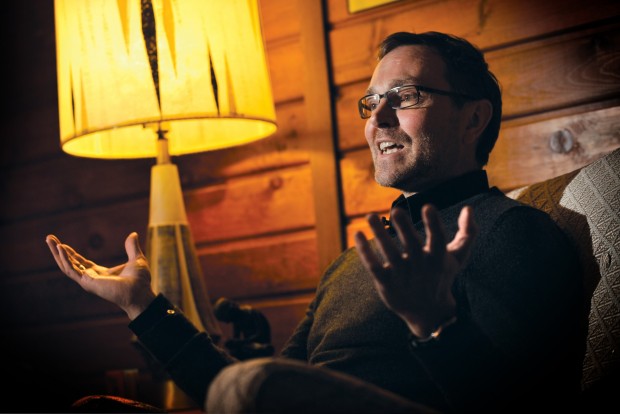 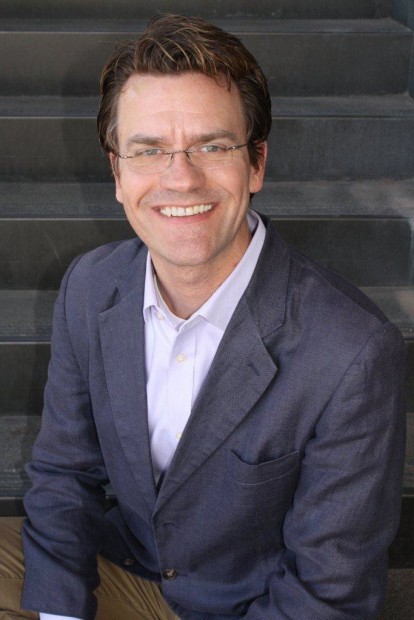 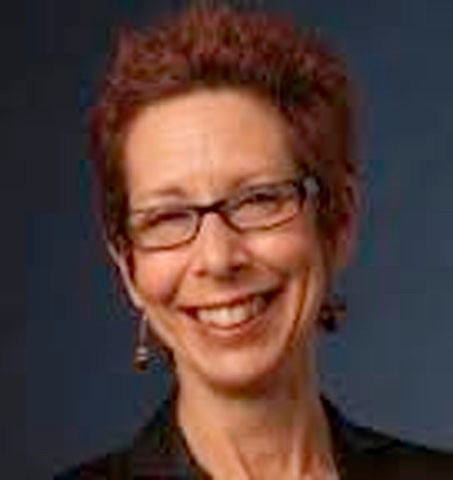 Getting through adolescence is hard enough.

There's the agony of puberty, the mood swings and the withering self-consciousness. Then comes the clumsiness of emerging sexuality.

It can be overwhelming.

For some young people, the passage can be even more daunting. For a few Montana kids coming to terms with their attraction to the same gender — in a religious and rural culture that doesn't always know what to make of them — the challenge can be deadly.

A 2009 survey of more than 7,000 lesbian, gay, bisexual and transgender middle and high school students aged 13 to 21 found that in the past year, at least eight of 10 students had been verbally harassed at school; four of 10 had been physically harassed; six of 10 felt unsafe at school; and one of five had been the victim of a physical assault, according to the Centers for Disease Control and Prevention.

LGBT youth also are at far greater risk for suicide. A national study of adolescents in grades seven to 12 found that LGBT youth were more than twice as likely to have attempted suicide as their heterosexual peers.

There is little specific research in Montana concerning how much of a role sexual orientation plays in youth suicides, said Karl Rosston, Montana’s suicide prevention coordinator. However, national studies have shown about 15 percent of youth who reported suicide attempts also reported same-sex attraction or relationships.

In Montana between 1999 and 2009, suicide was the second-leading cause of death for young people ages 10 to 24, behind unintentional injuries like auto and farm accidents.

It's difficult to figure the current number of gays and lesbians in Montana. However, according to a report from the Williams Institute, a national think tank at UCLA researching sexual orientation issues, there were 1,600 same-sex couples in Montana as of 2005, up from 1,200 in 2000. This number is almost certainly higher, especially since the study didn't include youth. The number of male couples and female couples were nearly evenly split, with 806 men and 853 women.

About 2.6 percent of Montana’s population — around 26,000 people — is gay, lesbian or bisexual, according to the report.

Teen suicide is a microcosm of what’s happening throughout the state, which has had one of the highest rates of suicide in the nation for more than 30 years. Consider that during 2010, at least 227 Montanans took their own lives. Another 225 people committed suicide in 2011.

D Gregory Smith, a Bozeman-based licensed mental health counselor and executive director of AIDS Outreach, counsels LGBT high school and college students, gay men and a handful of heterosexual men and women. He also counsels parents wondering if their child’s sexual preference can be changed, although he doesn't believe that's possible. He counsels parents on how they can better understand their child’s sexuality.

Most of his youth and young adult clients have contemplated suicide.

“Their biggest fear is believing they cannot have a good life,” said Smith, a former Catholic priest who is gay and HIV-positive. “They believe they cannot stay in Montana, be who they are and be happy.”

For some of these kids who are 13 and 14, getting through high school can seem like forever, Smith said. Some have been threatened at school. They hear the word gay as something horrible and awful.

“They’ve had someone write ‘fag’ on their locker,” Smith said. “They know and believe they are no good. Being a sexual minority makes it discouraging. In Montana, we often find kids running away from home to be with others who are like them where they aren’t considered freaks or crazy or are going to hell.”

The challenge of being an LGBT youth is compounded in Montana, a mostly rural state. In the smaller towns, there is no place for “different” people to hang out, Smith said.

“The most important thing about being part of a small community is belonging,” Smith said. “What do you do, or where do you go, when you feel you don’t belong?”

Montana has “an epidemic" of denial, he said. “We deny sexuality. We deny feelings. What the hell? It’s just crazy. There are things driving people to kill themselves and until we pay attention to them, people are still going to do it — in record numbers.”

He recalled a gay south-central Montana teenager who killed himself several years ago. The youth believed that if he had sex with another boy he would be banished to hell. His family and church made it clear to the boy that having sex with other males was unacceptable.

“So, before his sex drive got too strong and he would jeopardize his soul, he had to take himself out of the way if he were to have any chance of going to heaven,” Smith said.

His message for youth wrestling with their sexuality is simple: “There are people in the world who would love to help you and I am one of them."

He has a separate message for religious leaders: "I simply don't believe that Jesus would promote any behavior to create the amount of genuine existential suffering I've seen in LGBT persons. It's diabolical and cruel — the complete antithesis of love.”

Stephen T. Russell, professor of Family Studies and Human Development at the University of Arizona, said there is no doubt that sexual orientation is a risk factor for adolescent suicide.

“We’re pretty sure that what this reflects is a stigma and prejudice in our culture around LGBT lives for kids,” Russell told The Billings Gazette. “They are not only at risk for suicide but also at risk of depression and all the big precursors to suicide like substance use and abuse.”

Adolescence is a time of exploring one’s identity, said Russell, who is also president of the Society for Research on Adolescence. Developing an identity that is devalued or stigmatized can be difficult, even insurmountable for youth.

Russell said comprehensive studies show that 7 percent of youth in the general population have engaged in suicidal behavior compared to more than 15 percent of youth who reported a same-sex romantic attraction or same-sex behavior.

While the odds are notable, Russell hastened to add it’s “only 15 percent.”

“It means the vast majority, 85 percent, weren’t suicidal,” Russell said. “I want to point that out, too, because we don’t want people to just presume that because a kid is gay the kid is going to have mental health problems or suddenly be struggling with self-harm. Adolescence is a critical period. There are a lot of kids who manage that OK.”

Being LGBT is not a risk factor in itself, according to the American Association of Suicidology. However, the minority stressor that LGBT individuals encounter, such as discrimination and harassment, are directly associated with suicidal behavior as well as indirectly with risk factors for suicide.

The 2012 National Strategy for Suicide Prevention, made public on World Suicide Prevention Day in September, is aimed at reducing the suicide rate in the United States. The newest strategy includes a section on the rate of suicide for LGBT people, saying they might be particularly at risk because of “minority stress” and “institutional discrimination” resulting from anti-gay laws on the books.

The Trevor Project , a national organization working to prevent LGBT youth suicides, has launched a new campaign called "Talk to Me,” found at TrevorTalkToMe.org, which encourages youth and adults to speak up and let others know they will support anyone who needs to talk.

“It is vital that we recognize our own individual ability to help prevent the tragedy of suicide,” said Abbe Land, executive director and CEO of The Trevor Project. “We all have the ability to let another person know that they are not alone and that we genuinely care about their health and well-being.”

If you are a young person who is in crisis, feeling suicidal, or in need of a safe and judgment-free place to talk, call The Trevor Lifeline at 866-488-7386. It is free and confidential.

The following are signs that may indicate a person is at risk of a suicide attempt:

What parents can do

Parents should talk openly with their children about any problems or concerns and watch for behaviors that might indicate their children are victims or perpetrators of bullying or violence or are depressed or suicidal. If bullying, violence, or depression is suspected, parents should take immediate action, working with school personnel and other adults in the community.

How parents respond to their lesbian, gay, bisexual, transgender child can have a tremendous impact on their child’s current and future mental and physical health.

Supportive reactions can help youth cope with the challenges of being an LGBT teen. However, some parents react negatively to learning that they may have an LGBT daughter or son. In some cases, children are thrown out of the house. Stress and conflict at home can cause some youth to run away. As a result, LGBT youth are at greater risk for homelessness than their heterosexual peers.

Even less severe reactions can have long-lasting negative effects. Research published in the journal Pediatrics found significantly higher rates of mental and physical health problems among LGBT young adults who experienced high levels of rejection from their parents while they were adolescents.

•Nearly 6 times as likely to have high levels of depression;

•More than 8 times as likely to have attempted suicide;

•More than 3 times as likely to use illegal drugs;

•More than 3 times as likely to engage in unprotected sexual behaviors that put them at increased risk for HIV and other sexually transmitted infections.

Watch lava flow into a pool in Spain

Watch lava flow into a pool in Spain

Transgender male: 'I never associated with being female'

Former priest: 'I got the cue he's falling in love with me'

BOZEMAN – As a 13-year-old Catholic boy growing up in Twin Bridges, population less than 400, D Gregory Smith knew he was different from other…

For the past several months, The Billings Gazette has reported “State of Despair,” an in-depth series on suicide in Montana. Reporter Cindy Uk… 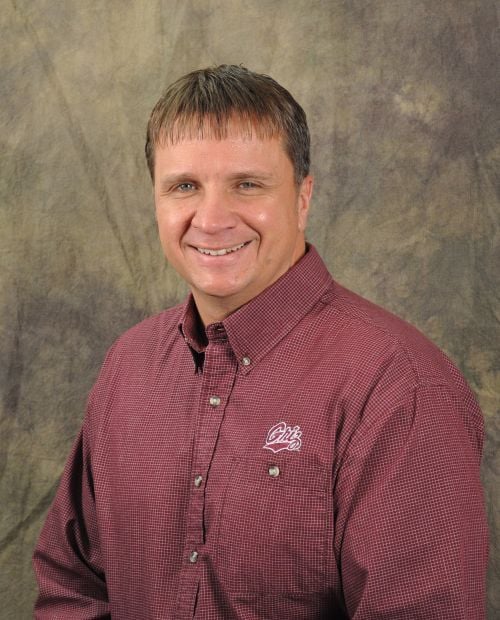