Nearly two years before 17-year-old Deon Gillen took his own life Feb. 14, his parents sued the Livingston School District saying officials didn’t do enough to protect their son from a long pattern of brutal bullying from his classmates.

Gillen was the first of two Park High students to die of apparent suicides in one week.

The assaults and harassment Gillen suffered while a student at Sleeping Giant Middle School were so severe and prolonged, the boy was diagnosed by a Billings Clinic doctor as suffering from aggravated post-traumatic stress disorder, according to the suit.

The suit was filed in April 2014 in Park County District Court by Deon's parents Elliott and Sara Gillen.

Livingston School District officials and the Gillen family declined to comment on the lawsuit for this article.

The parents say in court documents that Deon had struggled with a learning disability from a young age. They had worked with Livingston School District officials to devise a federally required special education plan for Deon when he started sixth grade at Sleeping Giant in 2010.

His first two years at the school were “relatively uneventful,” the suit states, and Deon participated on the football team and with a local wrestling club.

But in January 2013, Deon was taken to the doctor’s office several times for injuries to his genitals that caused abrasions and painful urination. No explanation was discovered, and it was several weeks before Deon told his parents about his problems with harassment at school.

Deon said some boys were often mean to him, calling him “stupid” and “retarded.” The revelation prompted a parent-teacher conference in March that year. The parents explained they felt they were “not being heard” and told the teacher Deon had talked about hurting himself because of the ongoing bullying.

About two weeks after that conference, Deon was taken to the emergency room in Livingston after an incident while at a roller skating event at the Civic Center that left him hysterical and again talking about hurting himself. At the emergency room, doctors discovered heavy bruising on his arms and knuckle imprints, the suit states.

Deon eventually admitted he was punched by the same boy who had previously harassed him. He told a counselor at the emergency room that he was repeatedly bullied at school and had thoughts of suicide.

The suit states Sara Gillen contacted Sleeping Giant principal Lisa Rosberg, who is named among the defendants in the lawsuit, to explain what had occurred. Rosberg informed the mother she had problems in the past with the student who had been bullying Deon. Rosberg said the boy was “sneaky and hard to catch.” Rosberg promised to look into it and suggested Deon’s parents file a complaint with Livingston Police Department.

On the way to the police station, Deon confided to his mother that for some time he had been “repeatedly kicked and punched in the genitals during school” by other students and one boy in particular. He said he had reported it to a teacher but was told “if I didn’t see it, I can’t do anything about it,” the suit claims.

Deon remained troubled after the police report was filed. He was eventually admitted to the Billings Clinic pediatric psychiatric ward for a week and diagnosed with post-traumatic stress disorder as a result of the assaults as school.

School administrators worked with the Gillens to develop a plan for Deon’s return to school. When he re-entered Sleeping Giant, various arrangements were made to accommodate his needs. At first he had a modified schedule that kept him segregated from his tormentors, and attending just one hour a day after usual school hours before returning for half days at the end of the year.

At this time, Rosberg, the principal, arranged an office meeting between Deon and one of the students he said bullied him. The suit said Deon was extremely emotional when he was picked up from school. Arranging such a meeting had been mentioned in discussions between the Gillens and faculty but was rejected.

Sara Gillen met with Rosberg the next morning and told her no more meetings were to take place. According to the suit, Rosberg said she was sorry Deon was upset, but special accommodations would not be made for his social interaction with other students when he went to high school the next year.

Deon was also withheld from end-of-year activities including field trips because Rosberg said “the school could not provide oversight to ensure (Deon’s) safety,” the suit states. The principal suggested that either of Deon’s parents be in attendance, but they would first need a background check, including fingerprinting, and there wasn’t time for that.

Rosberg recommended the parents just “drop the whole thing,” according to the lawsuit.

Deon took art lessons that summer and attended three different summer camps. He enjoyed his first week at Park High School and was excited to be in an art class. His schedule was adjusted to avoid class with students who bullied him in the past, but he shared classes with some of them.

His emotional problems returned, and Deon said he was afraid to attend the same classes with the boys who bullied him in addition to seeing them in the hallways and lunchroom. Although school administrators agreed to adjust his schedule, Deon again expressed suicidal feelings. He was admitted to Billings Clinic again and diagnosed with depression with psychotic features, anxiety and aggravated PTSD.

Karl Knuechel, an attorney representing the Gillens, said that despite the recent death of Deon, the lawsuit remains as it was originally filed.

Family members have established a memorial fund for Deon Gillen, and donations may be made at www.gofundme.com/ynux24jv.

A meeting for parents and community members will be held at 6 p.m. Tuesday, March 1, at Park High School to discuss the recent teen suicides in Livingston.

We can all relate to bullying in some way

As I read the story on Feb. 25 about the young man who committed suicide in Livingston as a result of bullying, I had felt tears welling up an…

Remember that old adage, “Sticks and stones can break my bones, but words will never hurt me?”

A lawsuit filed against Yellowstone County by the family of a man who died by suicide in the jail has been moved to U.S. District Court in Billings.

A group of wrestlers at a Wyoming high school waterboarded their teammate, sources say 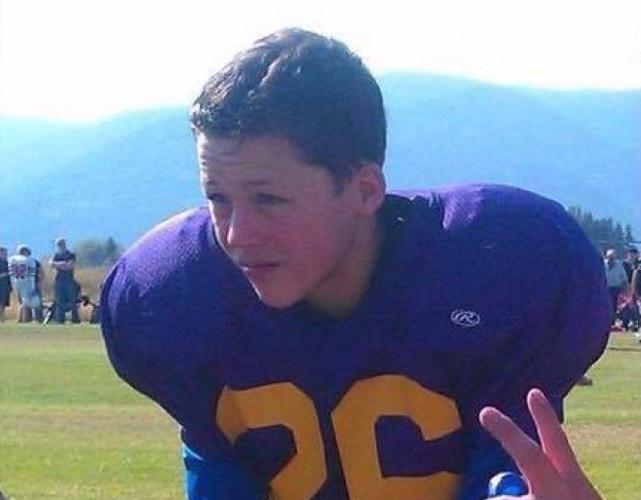 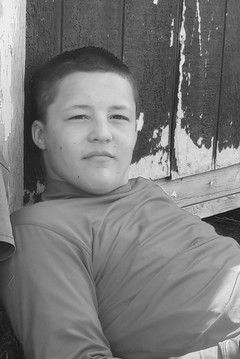