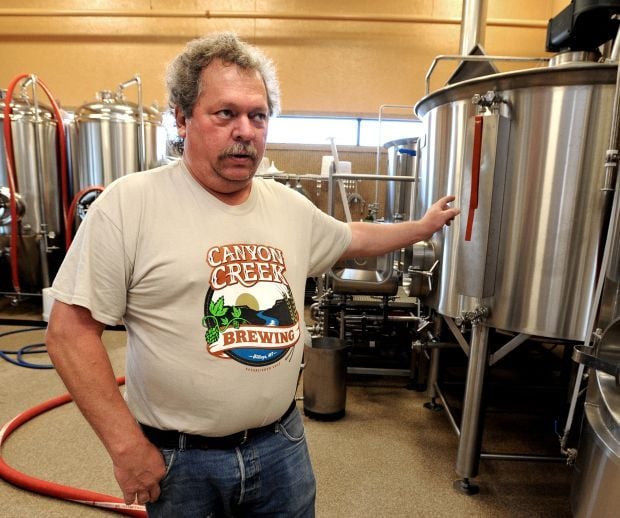 Ron Kalvig will brew 800 barrels of beer at his Canyon Creek Brewing this year as barley prices are on the rise. 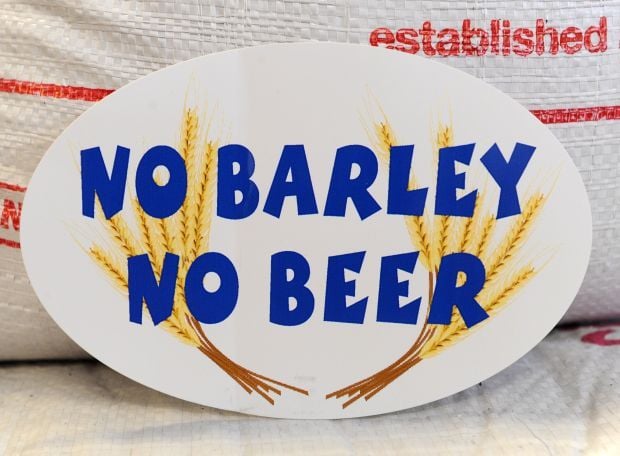 Kalvig shows a barley sticker at his Canyon Creek Brewery as barley prices are on the rise.

That rain on the plain that saturated Montana’s malt barley crop in late August could be tears in the beer of American brewers in 2015.

Heavy late-August rains have damaged crops in the nation’s largest malt-barley producing states, Montana and Idaho. The rains caused much of the states’ barley to sprout in the field, rendering much of it useless for beer making.

Maltsters are warning brewers that barley will be available but pricey in 2015 when this year’s crop becomes next year’s beer ingredient.

“We’ve been told to expect major price increases for malt,” said Tim Mohr of Angry Hank’s Brewery in Billings. “There is no panic yet. Everybody has been telling us not to panic. There is carry-over from last year’s malt supply. Our prices are stable until January, but beer prices are going up.”

Roughly half of Montana’s malt barley crop was harvested or close to harvest and in excellent condition when heavy rains clobbered north-central Montana the weekend of Aug. 24. Malt barley growers in the Yellowstone River drainage were finishing up an exceptional growing season.

But north-central Montana farmers, particularly those in the area known as the Fairfield Bench, the self-proclaimed malt barley capital of the world, weren’t as far along as those in the south. The region received several inches of rain at the wrong time, causing the malt barley to germinate. That’s bad news for brewing companies like Anheuser-Busch InBev and MillerCoors, which typically tolerate only a percentage or two of germination in the malt barley they buy.

Germination in the worst-hit areas exceeds 50 percent, according to people in the industry. The damage came just weeks after wet weather in Idaho devastated the malt barley there.

“Barley was bad in Idaho, and it looked like Montana would be the savior,” said Cassidy Marn, Montana Wheat and Barley Committee marketing director.

Early August rains in eastern Idaho dumped several inches on malt barley country and caused more than 50 percent germination in regions there. Barley that doesn’t pass muster for malt has been marketed as animal feed. This year’s malt barley prices were more than $12 per hundredweight. The animal feed barley price was less than $5 on the Montana cash market Monday and likely to be driven down further as disappointed malt farmers look to sell.

Marn and her Idaho counterparts are focusing on ways to market as much of the remaining malt barley as possible.

In addition to Montana and Idaho, North Dakota’s malt barley crop has also been clobbered by weather. The three states produce most of the nation’s malt barley. The crop losses in all three states are a triple whammy for the industry.

“We had big problems back in 2002 in Montana and North Dakota, but I don’t think Idaho had such big problems that year,” said Scott Heisel of the American Malt Barley Association. “This seems geographically widespread, and because the harvest is still going on it’s hard to tell how bad it is.”

Marn said the 2013 Canadian crop, which was a record size, will probably fill the void from this year’s failure, at least early on. That’s what malters are telling their customers, also.

Brewers like Angry Hank’s and Canyon Creek in Billings receive much of their malt from Malteurop, which has a state-of-the-art malting facility in Great Falls.

As he made beer at Canyon Creek on Monday, brewer Ron Kalvig said he’s been told to brace for higher prices next year. The malt he pays 41 cents a pound for is going to shoot up in price, he said as he opened a bag of Malteurop malt and chewed on a couple of mildly fermented grains.

There was a bumper sticker on a malt pallet beside Kalvig. The sticker read “No barley. No beer.”

Ron Kalvig will brew 800 barrels of beer at his Canyon Creek Brewing this year as barley prices are on the rise.

Kalvig shows a barley sticker at his Canyon Creek Brewery as barley prices are on the rise.