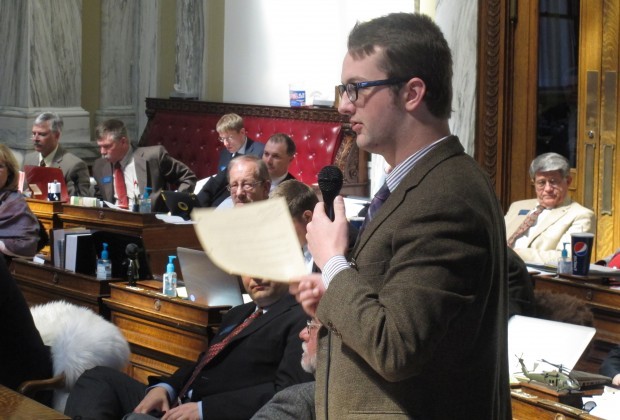 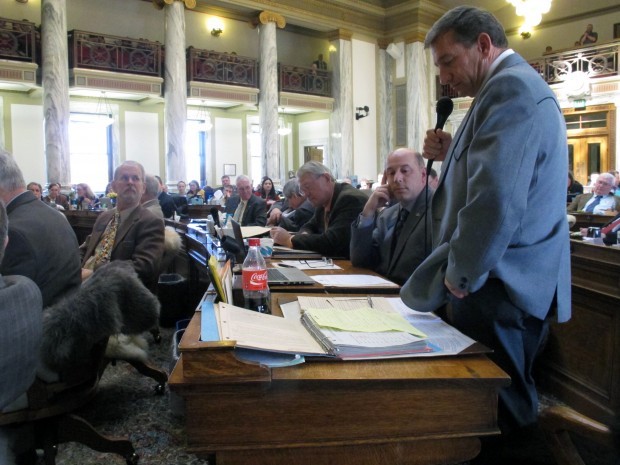 Republican Rep. Jerry Bennett of Libby speaks on the House floor Tuesday. Bennett opposed a bill, approved by the House, that would repeal an obsolete law that criminalizes gay sex. 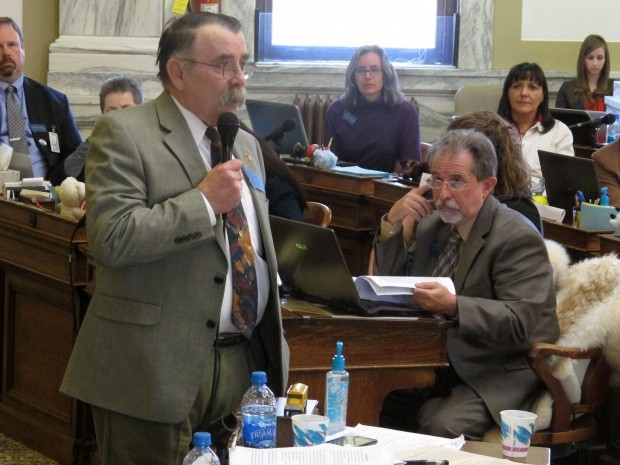 HELENA – The Montana House decisively voted Tuesday to repeal Montana’s law making gay sex a crime, putting the bill one step away from the governor’s desk.

After a half-hour of emotional debate for and against the measure, the House voted 64-36 to endorse Senate Bill 107, one day after House members narrowly voted to remove it from the House Judiciary Committee, where it had been tabled on a party-line vote with Republicans in favor.

“It’s not about encouraging a lifestyle,” said Rep. Bryce Bennett, D-Missoula, one of the Legislature’s only openly gay members. “It’s simply about respecting privacy between two adults. … It’s just as simple as saying that all Montanans deserve dignity and respect.”

Twenty-five Republicans joined all 39 House Democrats to support the bill, which removes gay sex from the definition of the crime of “deviate sexual relations,” a felony that carries a penalty of up to 10 years in prison and a fine of $50,000.

SB107, sponsored by Sen. Tom Facey, D-Missoula, faces a final vote in the House, probably Wednesday, before heading to Gov. Steve Bullock’s desk for his signature into law.

Passage of SB107 would culminate more than 20 years of attempts by gay and lesbian activists and their supporters to repeal the law, which lumps gay sex in with “sexual intercourse with an animal” as criminal deviate sexual conduct.

A 1997 decision by the Montana Supreme Court declared the law unconstitutional and Montana prosecutors have not enforced it – but repeated attempts to repeal the law, until Tuesday, have been blocked primarily by Republicans in the Legislature.

On Tuesday, several Republicans stood up to oppose the bill, saying that repealing the law goes against their religious beliefs and would allow the “homosexual lifestyle” to be taught in schools.

“If some second-grade teacher wants to take her lover and introduce her lover to the kids, I don’t think there is anything that the school board can do to stop that,” said Rep. Jerry O’Neil, R-Columbia Falls.

Rep. Dave Hagstrom, R-Billings, said he was voting against the bill because gay sex can’t reproduce people, and therefore is deviant behavior.

But other GOP members spoke in favor, including Rep. Duane Ankney, R-Colstrip, who said the law labeled his own daughter a criminal.

“To say she is any less of a person or a criminal for her lifestyle … really upsets me,” he said. “I consider myself a good Christian … and I don’t think God thinks any less of my daughter than he does of any one of you in here. The law is an embarrassment on the people of Montana. It should go away.”

“I don’t support this type of lifestyle,” he said. “I think we need to keep our eye on the ball and start promoting marriage as a union between a man and a woman. …

Look through the top stories from April 2013.

Republican Rep. Jerry Bennett of Libby speaks on the House floor Tuesday. Bennett opposed a bill, approved by the House, that would repeal an obsolete law that criminalizes gay sex. 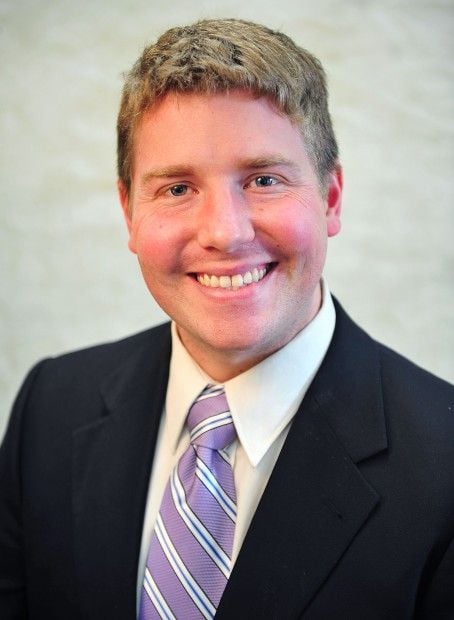