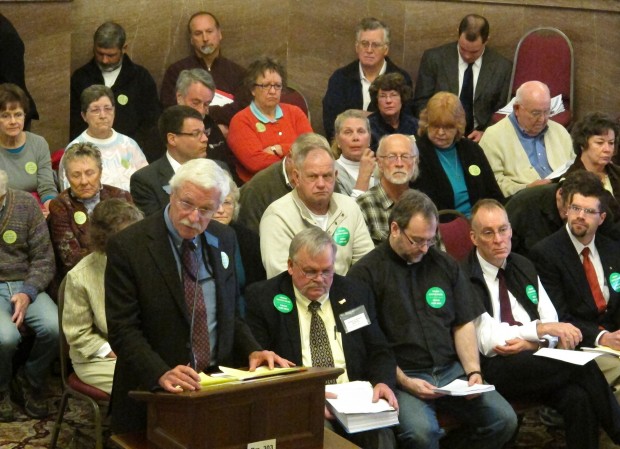 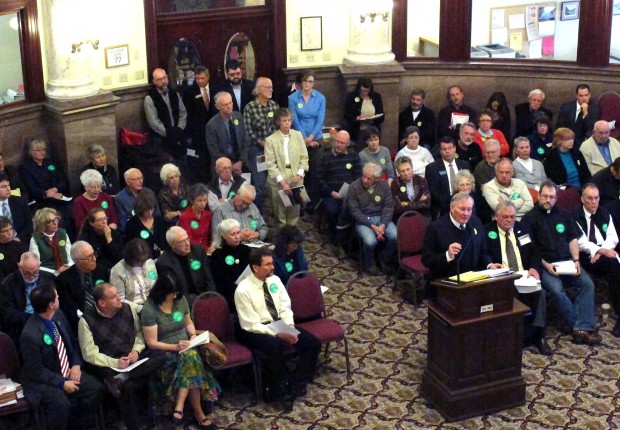 HELENA — The Montana Legislature is again being asked to bring clarity to a 2009 court decision that opened the door for physician-assisted suicide — but also left nagging questions over what exactly is legal.

Supporters of the procedure told the Senate Judiciary Committee on Monday that legal protections are needed for both patients and doctors. Opponents argued that it is wrong to formally define physician-assisted suicide in law.

The 13-page bill, for instance, establishes certainty on what defines a "terminal patient" eligible for the procedure. It requires a verbal and written request from a patient, and two witnesses, for a doctor to prescribe the drugs needed to induce death.

The doctor would be required to determine the patient is terminally ill and competent to make such a decision. The measure also provides a recommended form to use.

The measure's sponsor, Missoula state Sen. Dick Barrett, said that patients are currently able to deny life-prolonging treatment such as kidney dialysis. The Democrat argued it only makes sense that they be allowed to take their life before the onset of crippling pain.

Republican Rep. David Moore, of Missoula, said his wife died 11 years ago from cancer, and her last three weeks were filled with pain. He argued that people in such situations should be able to receive the drugs needed to kill themselves.

"It should be the patient, the doctor and their family to determine how the end of life is," Moore said.

The procedure has been subject to various interpretations since the state Supreme Court ruled nothing in state law prohibits physician-assisted suicide. The court did not rule on whether the practice is constitutionally protected.

Opponents argue that the court decision did not specifically legalize it, and instead just gave doctors a defense if charged with a crime.

Former state Sen. Jim Shockley, a Victor lawyer, said that heirs can wrongly influence the elderly in their quest to get an earlier inheritance. He said the proposed rules for physician-assisted suicide would not prevent such abuse.

"Old people can sometimes be talked into it," Shockley said. "When people get older, they are not quite as sharp."

Two years ago, Montana legislators were asked to choose between banning physician-assisted suicide or providing the regulations for doctors and terminally ill patients to follow. Both measures failed to get sufficient support.

The court decision effectively made Montana the third state to allow assisted suicide along with Oregon and Washington, although the court left regulations to the Legislature. Without guidelines, there have been no formal updates on whether doctors are indeed offering assisted suicide or any tallies on how many times it has been done.

The Montana Board of Medical Examiners last year tried to provide some guidance to doctors on that issue.

The board's position was that it would consider, on an individual basis, any complaints filed against a doctor for providing "aid-in-dying." The board said its position does not pass judgment on the procedure one way or another.

Montanans Against Assisted Suicide is opposing those rules.

Fight over assisted suicide moves back to court