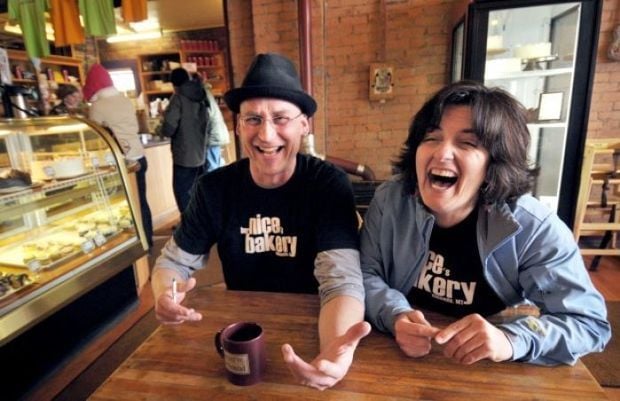 Marco and Christine Littig laugh during an interview at their Missoula business, Bernice's Bakery. 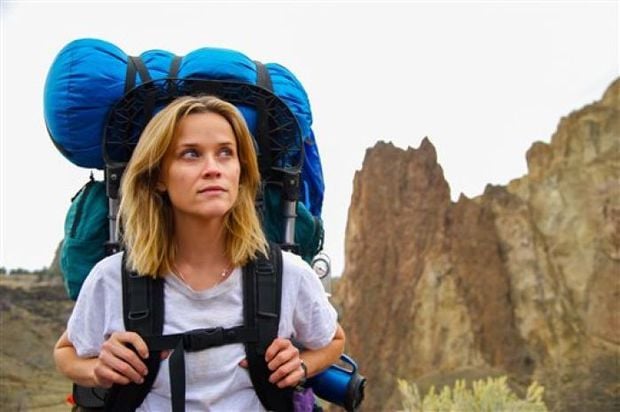 This image released by Fox Searchlight Pictures shows Reese Witherspoon in a scene from the film "Wild." 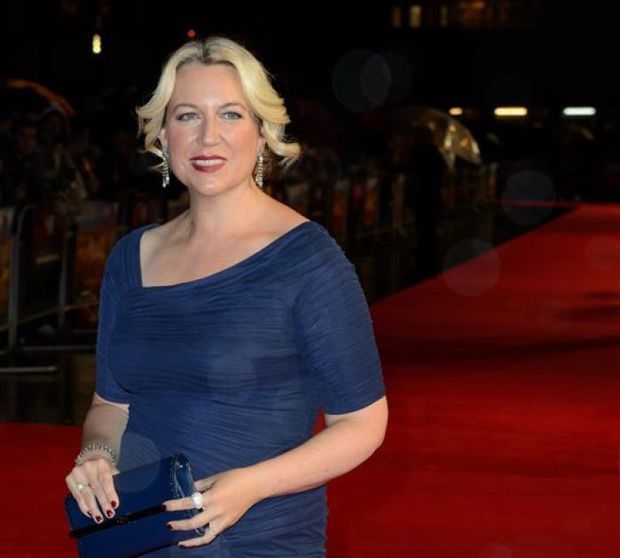 MISSOULA — Sometime in the next few weeks, Marco Littig, the co-owner of Bernice’s Bakery in Missoula, will have the surreal experience of sitting down in a movie theater and watching Hollywood actors play out extremely emotional portions of his life.

Littig has a major connection to the upcoming film “Wild,” starring Reese Witherspoon, which will be widely released Friday. In the movie, Witherspoon plays the part of Cheryl Strayed, whose best-selling autobiography is the book upon which the film is based. Littig was married to Strayed for six years, and much of the movie is focused on his role in helping her climb out of the depths of a heroin addiction even though she cheated on him with other men multiple times.

Referred to only as “Paul” in the book, Littig’s character will be played by actor Thomas Sadoski of the HBO series “The Newsroom” in the movie.

“I would be a fool not to,” he said. “How often do you see a component of your life on the big screen?”

The two were very poor, and their marriage had its troubles because they both were so young, Littig recalled.

The turning point in their relationship came when Strayed’s mother died. She started cheating on him – something she's admitted to – and she eventually ran off to Portland, Oregon, with another man who got her hooked on heroin. Littig was living in Minnesota, but the two were officially separated, not divorced.

“At that point, I was trying as hard as I could to create distance and separation,” Littig said. “I was grateful at that point for her being in Portland.”

However, Littig got a call from Strayed’s friend saying she was doing drugs every day and wouldn’t talk to anyone.

“I was keenly aware that there was really nobody else,” Littig recalled. “She didn’t have her mother anymore and she had damaged her relationship with her stepfather. Nobody else was going to step up. There was nobody who was going to do anything about it, and even though she had betrayed me and things were (expletive), I felt like her life was a life worth living and I had to help her out.”

Littig said he drove 36 hours to Portland, even though it cost him a relationship with a woman he had recently started dating. He eventually persuaded Strayed to return to Minnesota and undergo counseling, during which he found out about all of her affairs, which he said was painful.

However, Littig said he would do it all over again.

“It had less to do at that moment with her and more of a question I had to ask myself,” he said. “Who am I, and how am I going to best heal from this? Am I going to feel good knowing that I wanted to be my best self so that I could heal and get on with my life? And by doing that it allowed me to do that. I made my decisions based on my own template of integrity. She made bad decisions and eventually I understood it. I didn’t like it, I didn’t appreciate it and I wasn’t grateful for it, but I understood it. But I wasn’t making the same types of decisions. I was going to feed my soul.”

Strayed recounts that tumultuous period in great detail in the book.

Littig and Strayed broke up when he was 26, and he hasn’t spoken to her in 16 years. International media organizations like the Daily Mail in the United Kingdom have interviewed him about his role.

The film and book also largely focus on Strayed’s 100-day trek on the Pacific Crest Trail, during which she reflected on her life.

“She went into a dark place after we broke up,” Littig said. “She went on a healing hike and rebuilt her life. I had already started that process. I stuck around Minneapolis, and really applied myself to healing. I then headed out west, and I was ready to start a whole new life and new adventure, and where I landed was pretty cool.”

Littig said that reading the book was intense.

“I wasn’t surprised that she wrote a book,” he said. “She’s always been a writer. Reading it didn’t bring a lot of emotion, because it was 22 years ago. But I thought the weirdest part of reading the book was that it was like reading my own memories. There were things that you experience in your life once, and then you experience it again in an interpretation. It was really close, all the detail and back story and stuff that dances around it. Even the most mundane experiences provoked memory and thought. For example, she wrote about an abandoned house across the street. Just even reading that opened up a whole history of experiences around that land.”

Littig said that nobody contacted him about involvement in the movie.

“I heard rumblings that it was going to be made into a movie, but honestly I was a little skeptical,” he said. “I mean, how frequently do books get made into movies? But I guess it’s going to happen.”

His oldest daughter, who is 14, is in the middle of reading the book now.

“She’s amazed,” he said. “She’s getting insights about who her dad is.”

Littig said that even though his marriage and breakup with Strayed was an extremely difficult portion of his life, he is thankful that it led him to where he is now. He is happily married to his wife Christine. They are busy with owning a successful bakery and raising their children, and Littig’s blues band MudSlide Charley plays gigs all over the state. He even went on "The Price Is Right" game show and won $46,000.

“I regret none of it,” he said. “All of it eventually led me to Missoula. Are you kidding? Look at where you land from your experiences. I’ve made this place my home.”

Littig said he hopes his tale is a lesson for people who are experiencing tough times and feelign doubtful about pressing on.

“Keep taking your journey, you never know how things are going to turn out,” he said.

Marco and Christine Littig laugh during an interview at their Missoula business, Bernice's Bakery.

This image released by Fox Searchlight Pictures shows Reese Witherspoon in a scene from the film "Wild."