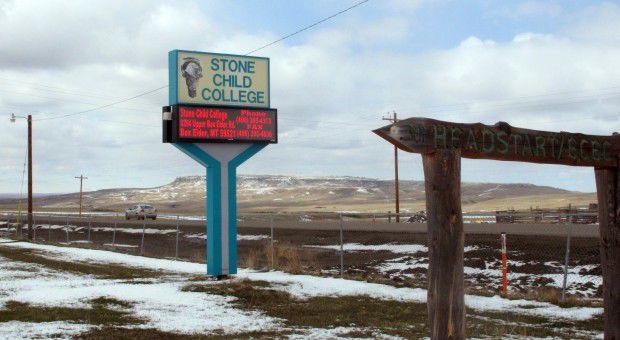 The Rocky Boy Indian Reservation is shown in Box Elder in April 2013. 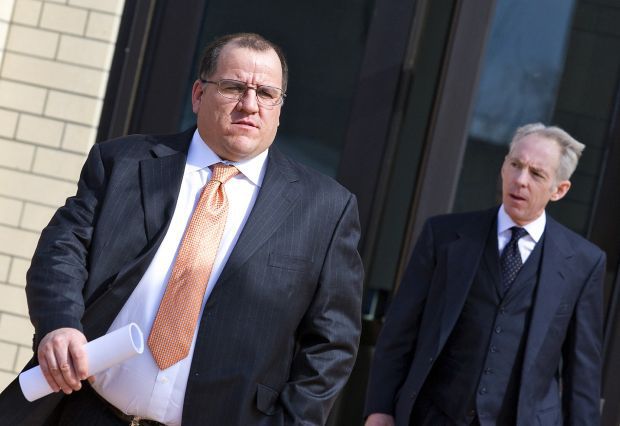 The Montana Department of Natural Resources and Conservation is seeking repayment of $146,000 it says it was overbilled for transporting pipe for use in a regional water project whose funding has been a target of fraud and questionable spending.

The Rocky Boy’s Reservation’s Chippewa Cree Construction Corp. has been asked to refund the amount.

The project, the Rocky Boy’s/North Central Montana Regional Water System, is to bring safe drinking water to the Rocky Boy’s Reservation and to 21 surrounding towns and rural water districts in seven north-central counties.

The DNRC provides state funding to the North Central Montana Regional Water Authority, which contracts with the CCCC for work on the project.

The majority of the project’s funding comes from the U.S. Bureau of Reclamation. The tribe created the CCCC to oversee the federally funded tribal portion of the project.

The questioned invoice for shipping pipe occurred in March 2010, at a time when Bureau of Reclamation funding was being embezzled by the CCCC’s then-executive director and state legislator Tony Belcourt, and other tribal and non-tribal persons who were convicted in a broad federal corruption investigation.

Belcourt and the CCCC, through a series of financial transactions and multiple contractors, used federal stimulus money to pay for water pipe shipping in a scheme that inflated the cost and provided kickbacks to himself and others.

The CCCC also billed the Authority for the same pipe shipment.

The Authority has asked the CCCC to refund the $146,000. The tribe has responded that it doesn’t believe there was an overbilling, said Larry Bonderud, the Authority’s president and also the mayor of Shelby.

DNRC and Authority officials said their investigation regarding the pipe shipping costs determined they were not defrauded. Rather, the invoice resulted in an overpayment, they said.

In the federal court case, prosecutors said Belcourt took bribes and kickbacks from consultants and contractors who were awarded federally funded contracts, including stimulus aid, from 2009 to 2011.

The pipe-shipping invoice was part of corruption charges against Belcourt and a co-defendant, Tammy Leischner of Laurel, who was the sister of Belcourt’s business partner. Prosecutors said Leischner and her father formed T. Leischner Consulting, to which Belcourt awarded the pipe shipping contract.

Leischner created a fraudulent invoice that inflated shipping costs to steal money in a kickback scheme, prosecutors said. T. Consulting billed through another contractor and sent about $163,000 to Belcourt, who used the money to buy a house and to start a company called MT Waterworks.

Belcourt was sentenced in 2014 to seven and a half years in prison and ordered to pay $667,000 restitution, including $330,000 to the tribe’s water project restitution account. He pleaded guilty to theft, bribery and tax-evasion charges.

Leischner was sentenced to two years in prison and ordered to pay $311,000 to the tribe’s water project restitution account. She pleaded guilty to theft charges.

In the instance of the overbilling, DNRC Director John Tubbs said the state was not defrauded because it has more checks and balances in place. The state tracks expenses and pays bills as they’re incurred and documented, he said.

The state verified that the pipe it paid for was installed, Tubbs said.

The federal funding was disbursed in advance to the tribe, which then provided a report on how it spent the money, Tubbs said.

The fraud, he said, happened on the federal side when the parties tried to claim the federal government should pay for the same pipe.

Bonderud, with the Authority, said that based on information he’s seen from the state’s accountants and lawyers, there was an overbilling related to shipping pipe.

“That’s all we honestly believe it was. The tribe does owe this,” Bonderud said.

The Authority is not dealing with the same tribal officials who were involved with the questioned invoice, Bonderud said.

“They may not understand what happened. We’re going to talk to them, sit with them and the DNRC and the Authority, and demonstrate to them when and how this occurred,” he said.

A meeting of state, Authority and tribal officials to review the state’s documents regarding the overbilling is tentatively scheduled for later this week in Helena.

The DNRC started reviewing its books as soon as it learned of the federal corruption investigation and worked with an attorney in the state Department of Justice’s Division of Criminal Investigation and with federal investigators, he said.

The T. Consulting invoice was provided to the DNRC by federal officials during the state’s internal investigation, said John Grassy, DNRC spokesman. The DNRC, he said, “did not receive the invoice as part of its authorized role in the project funding.”

In a December 2015 letter to the Authority, Tubbs said the tribe sent to the Authority an invoice dated March 26, 2010, that overstated actual pipe shipping costs by $146,000. The Authority then, in the usual course of business, sent the invoice to the DNRC for reimbursement.

“This overbilling needs to be addressed,” Tubbs told the Authority.

The pipe shipping invoice is part of an ongoing project that Congress authorized in 2002 to deliver potable water from the Tiber Reservoir to both the Rocky Boy’s Reservation and to communities in Chouteau, Hill, Liberty, Pondera, Teton, Glacier and Toole counties.

Construction began in 2006. When it’s finished, a treatment plant near the Tiber Dam will send water through a main, 54-mile pipeline to the reservation and to communities through a smaller pipeline system.

The project is divided into two main components, the Core and non-Core components.

The Core portion is to build a delivery system to the reservation and is funded through the Bureau of Reclamation.

The non-Core component is to provide water to an estimated 28,000 residents in off-reservation north central communities. The Havre-based Authority administers the non-Core system.

Federal money pays for 80 percent of the non-Core capitals costs, while the remaining 20 percent is split between a grant from the state of Montana and loans obtained by the Authority. The state’s share is funded from the Treasure State Endowment Program Regional Water Fund.

Although the DNRC’s role is in the non-Core component, the state paid the shipping invoice for Core pipeline because some segments of the pipeline ultimately will benefit off-reservation users, Grassy said.

Congress originally estimated the cost of the entire project at $228 million in 2002, but by 2014 that cost had ballooned to an estimated $375 million.

In addition to the federal prosecutions, a 2013 audit by the U.S. Department of Interior’s Office of Inspector General questioned the tribe’s spending of almost $13 million of some $52.7 million it had received from the Bureau of Reclamation from 2006 to 2012 for the water project.

The Interior’s audit was prompted by allegations and an investigation into possible misuse of the money.

Last July, Bureau of Reclamation officials announced they had reached an agreement with the tribe for the tribe to reimburse $3.1 million of the $13 million in questionable costs.

Tyler Johnson, a spokesman for Bureau of Reclamation, said tribal officials contacted the agency after the settlement seeking an alternative to immediate payment.

The agency and the tribe reached a second agreement last December in which the tribe will make payments over 10 years, beginning in October. Annual payments for the first nine years will be $310,000, with the last payment of $305,264 in the 10th year, Johnson said.

The tribe also will pay a small amount of interest totaling $9,804 over the last three years of the repayment plan, he said.

The bureau, Johnson said, agreed to the 10-year repayment plan to avoid having the entire project stopped because a lump sum payment.

The changes are working and have improved the process “to prevent a reoccurrence of something similar,” Johnson said.

The U.S. Department of Interior has confirmed its initial finding that the Chippewa Cree Business Committee violated whistleblower laws when i…

A U.S. Department of Interior audit of a massive water pipeline project for the Rocky Boy’s Reservation and north-central Montana questions ho…

Too slow for the flow, federal funding lags behind cost of rural water projects

Many northeast Montana residents can’t hook up an ice maker or dishwasher without ruining the appliance, though it’s been 15 years since Congr…

The Rocky Boy Indian Reservation is shown in Box Elder in April 2013.