FLAGSTAFF, Ariz. — In a heinous case on the Navajo Nation, an 11-year-old girl was lured into a van, sexually assaulted and killed. The man who has admitted responsibility is not facing the death penalty — and the tribe isn't seeking it.

American Indian tribes for decades have been able to tell federal prosecutors if they want a death sentence considered for certain crimes on their land. Nearly all have rejected that option.

Tribes and legal experts say the decision goes back to culture and tradition, past treatment of American Indians and fairness in the justice system.

"Most Indian tribes were mistreated by the United States under past federal policies, and there can be historical trauma in cases associated with the execution of Native people," said Robert Anderson, a University of Washington law professor and a member of the Bois Forte Band of the Minnesota Chippewa Tribe. "This allows tribes to at least decide in those narrow circumstances when there should be a federal death penalty or not."

In the Navajo case, Ashlynne Mike's body wasn't found until the next day. Her May 2016 death led to renewed discussions about capital punishment.

Ashlynne's mother has urged the tribe to opt into the death penalty, particularly for crimes against children. The tribe long has objected to putting people to death, saying the culture teaches against taking a human life for vengeance.

For years, Theda New Breast has seen the effects of domestic violence, drug addiction and poverty on her Blackfeet Reservation in Montana. The healer helps those who suffer from the associated trauma. But regardless of the crime, the 61-year-old is staunchly against capital punishment.

"Our beliefs, that I was raised with, say that no one has a right to take away a life except the Creator. Period," New Breast said. "End of story."

Congress expanded the list of death-penalty eligible crimes in the mid-1990s, allowing tribes to decide if they wanted their citizens subject to the death penalty. Legal experts say they are aware of only one tribe, the Sac and Fox Nation of Oklahoma, that has opted in.

Tribal leaders there hoped the decision would deter serious, violent crimes on the reservation in Oklahoma, said Truman Carter, a Sac and Fox member, attorney and tribal prosecutor. "The tribal leaders have said yes over the years, and they left it alone," he said.

No American Indian has been executed in any case from the Sac and Fox reservation.

Still, the ability of tribes to decide on the death penalty doesn't completely exempt Native Americans from federal death row. According to the NAACP Legal Defense and Education Fund, Inc., 16 Native Americans have been executed since capital punishment was reinstated in 1976. The executions were for crimes occurring off tribal land or in the handful of states where the federal government does not have jurisdiction over major crimes on reservations.

That was the case earlier this year when a California jury imposed the death penalty for Cherie Rhoades. The former leader of the Cedarville Rancheria Tribe was convicted of fatally shooting four people and trying to kill two others.

Modac County District Attorney Jordan Funk said he didn't consult with the tribe and wasn't required to before deciding to pursue the death penalty. He said Rhoades expressed no remorse for the killings at a tribal meeting where officials were considering her eviction from the tribe.

"If they would have told me they don't want us to execute her, I would have done it anyway," Funk said.

Tribes also don't have a say over the death penalty when certain federal crimes like carjacking or kidnapping resulting in death, or killing a federal officer occurs on reservation land. Those carry a possible death sentence no matter where they happen.

That's how Lezmond Mitchell, a Navajo man, became the only American Indian now on federal death row. He was convicted in a 2001 case of killing a fellow tribal member and her 9-year-old granddaughter. Their beheaded, mutilated bodies were found in a shallow grave on the reservation. Mitchell stole the woman's car and later robbed a trading post in Red Valley, Arizona.

The Navajo Nation government objected to the death penalty on the murder charges. It had no choice on the charge of carjacking resulting in death.

Tamera Begay, a Navajo woman, has studied the Mitchell case and agrees the tribe should steer clear of the death penalty. "There's so much federal jurisdiction, that's worrisome," she said.

Laura Harris, executive director of Americans for Indian Opportunity and member of the Comanche Nation, said her tribe sees banishment as a far worse punishment than death because it cuts off a person's ability to be part of the community.

She said tribes also recall how the death penalty has been used against them. In December 1862, for example, 38 Dakota men who were at war with settlers in Minnesota were hanged in the largest mass execution in U.S. history. An annual horseback ride to remember the men ends at the site of the hangings in what's now Reconciliation Park.

Today, the death penalty is more likely to be carried out in cases involving a white victim than one of color. Native Americans make up less than one-quarter of 1 percent of victims in cases that result in executions, according to the NAACP Legal Defense and Educational Fund. For whites, it's 75 percent, for blacks 15 percent and nearly 7 percent for Latinos.

"It's not surprising you'd see a distrust of the judicial process similar to the distrust you see in the African-American community," said Robert Dunham, executive director of the Death Penalty Information Center.

Melissa Tatum, a research professor at the University of Arizona in Tucson, said most tribes believe the criminal justice system in Indian Country doesn't work, "not in a sufficient way that they would opt into the death penalty, and the statistics bear that out."

Pursuing the death penalty in a federal case isn't taken lightly, said Kevin Washburn, a University of New Mexico law professor and member of the Chickasaw Nation. And tribes can't decide on a case-by-case basis, he said.

"Navajos see life as precious, good or bad, and so we don't pick and choose," he said. "All life is precious."

Under a plea agreement, Tom Begaye Jr., the Navajo man who admitted to killing Ashlynne, faces life in prison without the possibility of release.

Ashlynne's mother, Pamela Foster, has been gathering signatures online to convince the tribe to change its position.

"If traditional teachings are squarely against the taking of human life, WHY are we allowing it to happen?" Foster wrote in an online post.

PRYOR — On most nights, it may be easier to find meth on the streets of this small, isolated, Crow Reservation town than a police car.

Native Americans are over-represented in Montana's prison system. What can be done?

American Indians are over-represented in Montana’s correctional system, and lawmakers hope to do something about it.

A 24-year-old Billings man has been identified as the victim of a fatal shooting that took place early Saturday at Lee's Saloon. 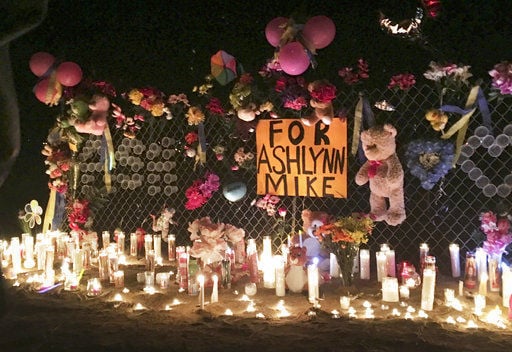 In this May 3, 2016 photo, candles burn at a makeshift memorial for Ashlynne Mike on the Navajo Nation southwest of Farmington, N.M. The man who admitted to killing the Navajo girl, faces life in prison without parole. Ashlynne Mike’s mother has been urging the tribe to opt in to the death penalty, particularly for crimes that involve children. 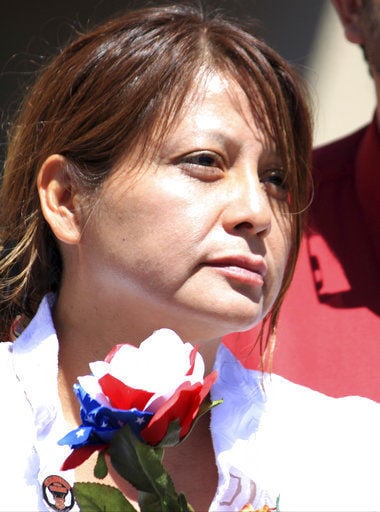 In this May 6, 2016 photo Pamela Foster, the mother of 11-year-old Ashlynne Mike, watches as pallbearers escort her daughters casket following a public memorial service in Farmington, N.M. The man who admitted to killing the Navajo girl, faces life in prison without parole. Meanwhile, her family is gathering signatures and pressing tribal officials to allow capital punishment for the most heinous crimes on the vast reservation. 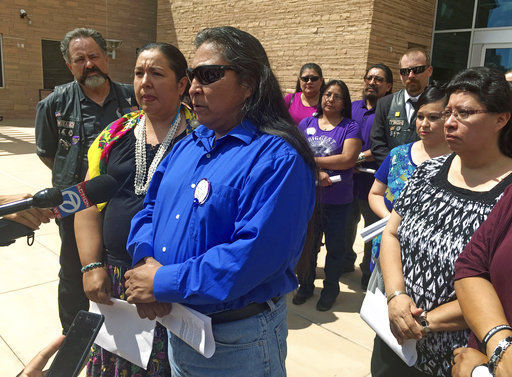 In this Tuesday, Aug. 1, 2017 photo Gary Mike, front, father of 11-year-old Ashlynne Mike, speaks outside of federal court in Albuquerque, N.M. The man who admitted to killing the Navajo girl, Ashlynne Mike, faces life in prison without parole. Ashlynne Mike’s mother has been urging the tribe to opt in to the death penalty, particularly for crimes that involve children. But the Southwestern tribe has long objected to putting people to death. The culture teaches that all life is precious.