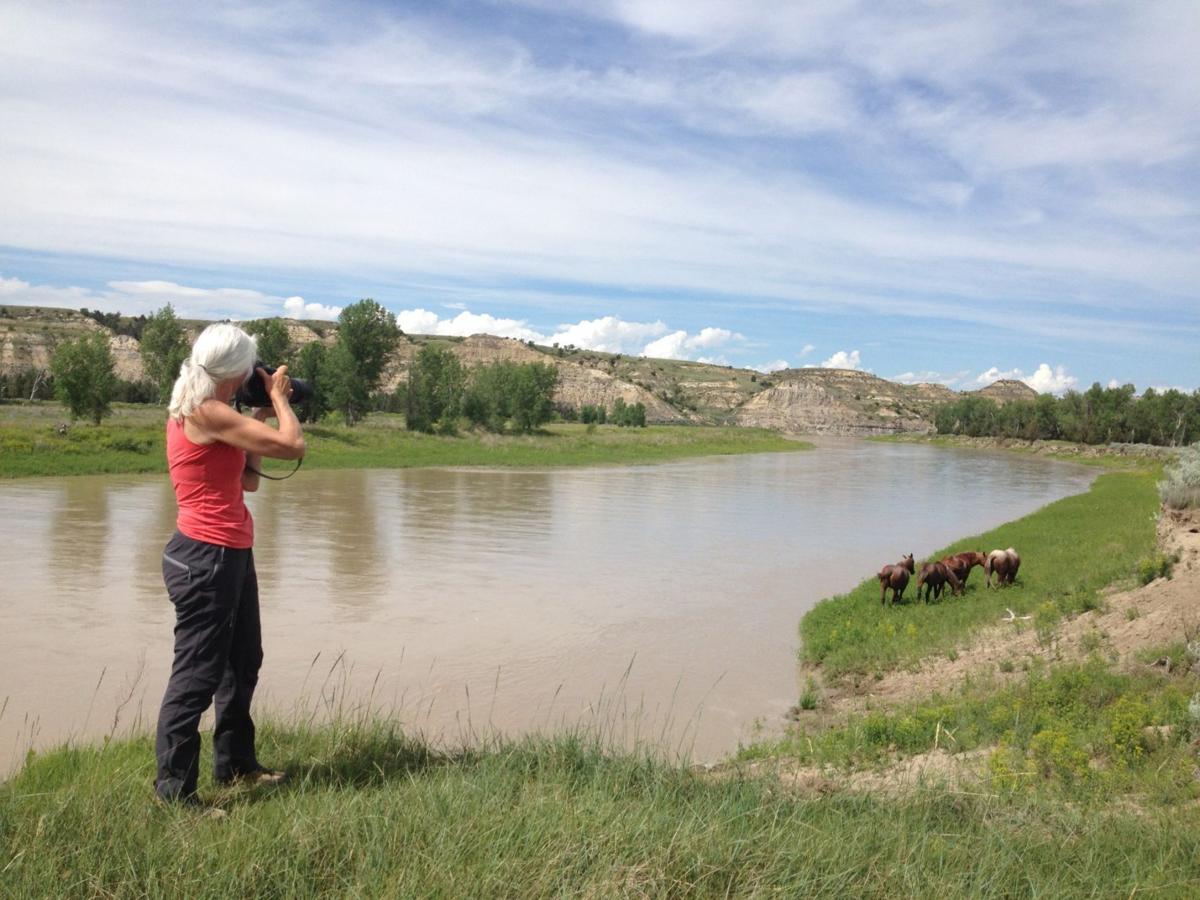 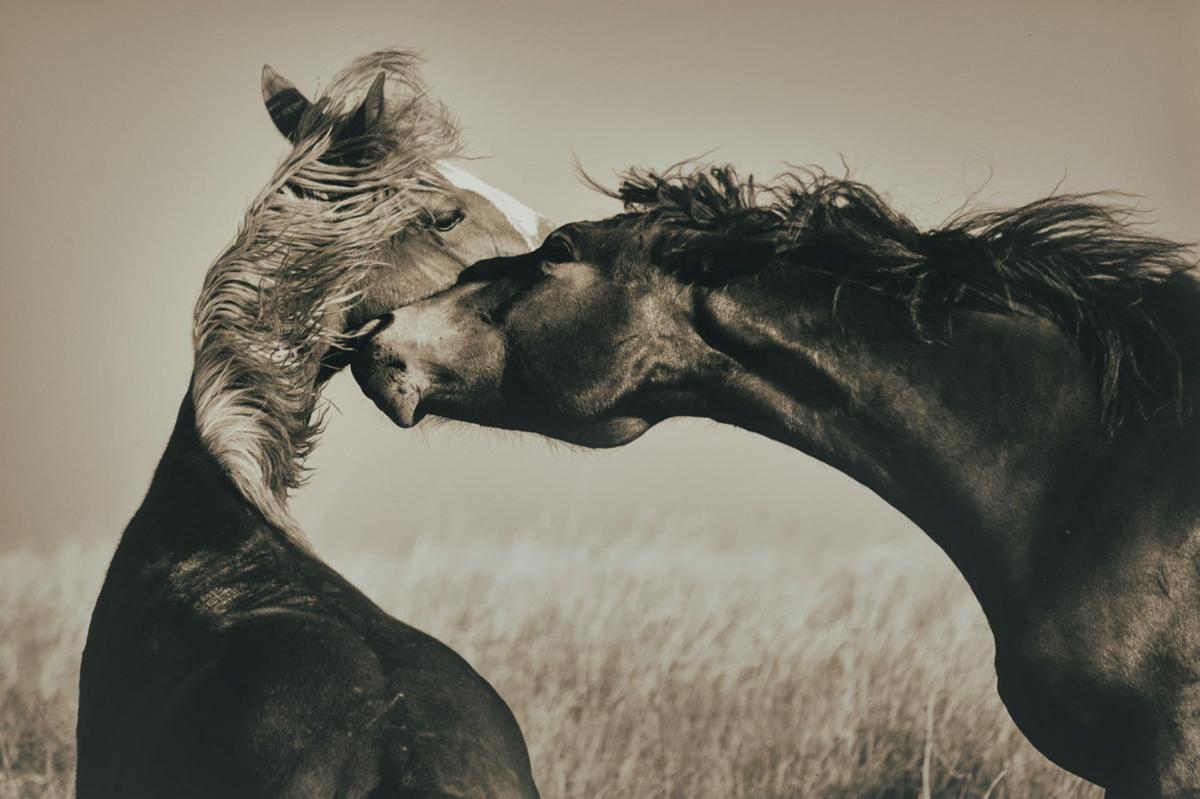 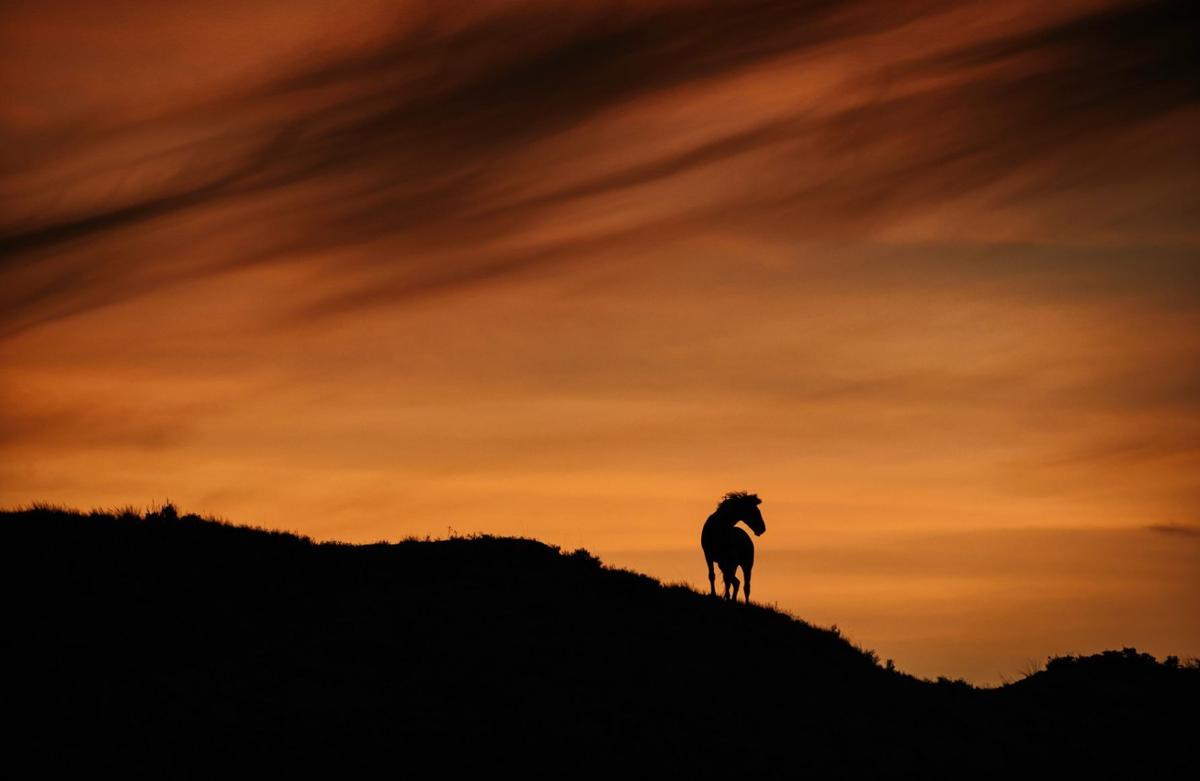 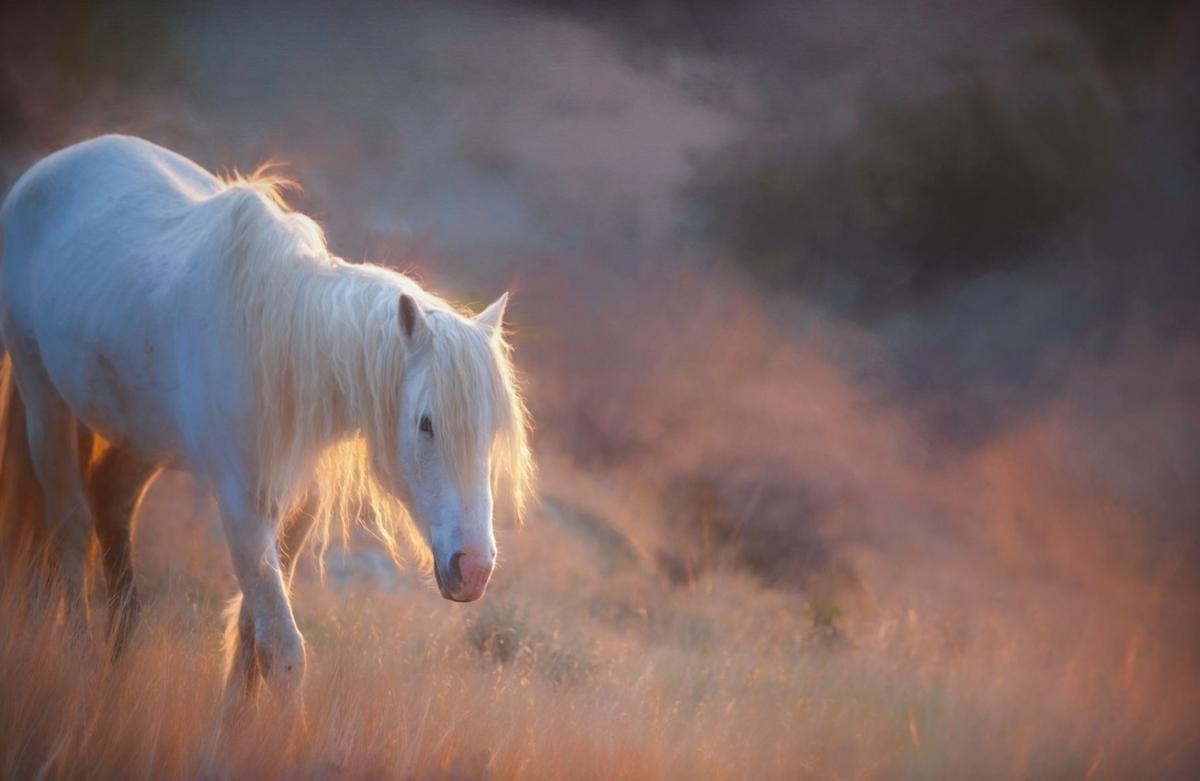 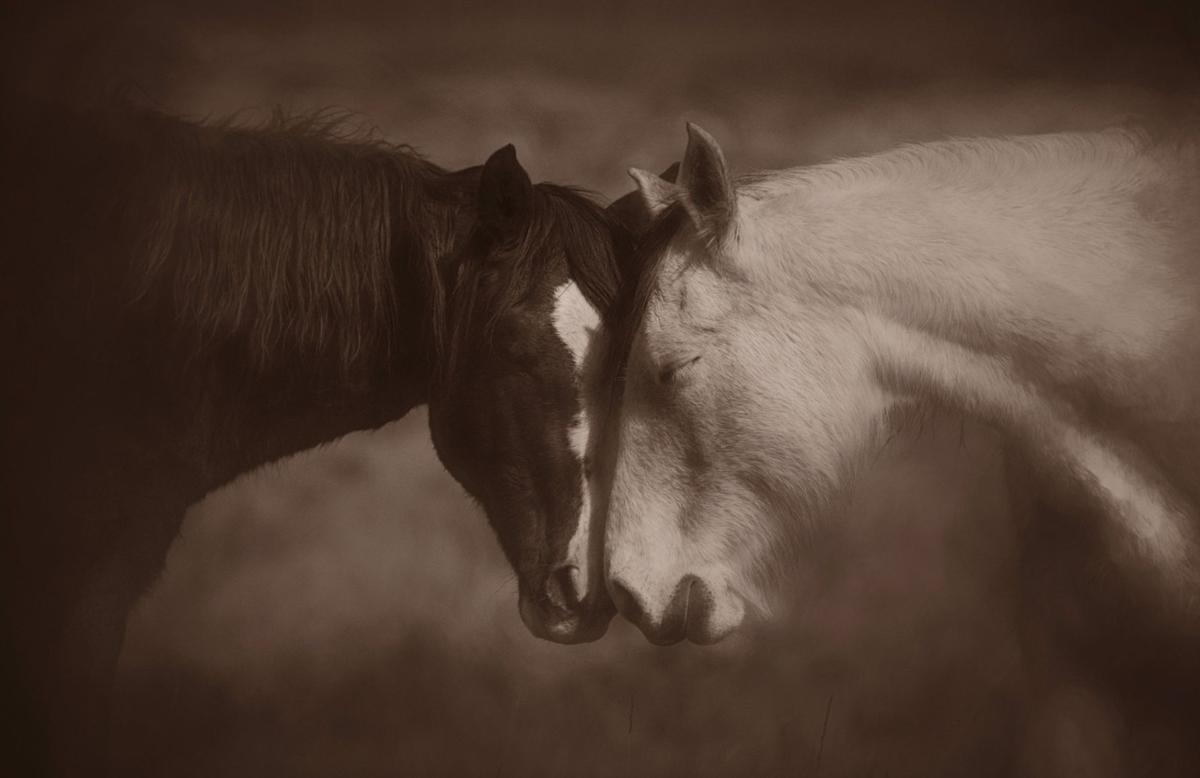 THEODORE ROOSEVELT NATIONAL PARK, N.D. — It was a wild-horse showing of love and then of a fight to remember.

The stallion didn’t want “his mare” to leave.

When she did start to prance away, to retrieve their foal napping on the other side of the hill, he tried to stop her.

But Molly stood up to her mate Red Face — so named because he has a red face in sharp contrast to his blue-roan body. She took off anyway, returning shortly with their baby.

However, on her tail was another gentleman caller. It was Brutus, the biggest stallion in Theodore Roosevelt National Park. He wasn’t trying to woo her out of loneliness as he already had several mares following right behind him.

What happened then was literally a “knock-down, drag-out fight” between the two stallions, both ending up on their knees at one point in the melee, related North Dakota Badlands Horse Registry president Marylu Weber in a recent interview.

The nonprofit group — through its partnership with the park — documents the wild horses’ lives, provides funds and helps capture and adopt out horses into prequalified homes. The group also has had a special guest the past three months when a Minnesota photographer documented some of the park’s 157 horses and their battles, but also of the horses’ softer sides.

Meanwhile, back to the battle: While the two stallions were duking it out, another nearby stallion, Satellite, “decided to come in to the rescue and get into the fight,” and took the opportunity to steal Brutus’ mares, Weber said. Brutus saw that happen and charged the much-smaller Satellite.

“We saw him hit Satellite so hard you could hear it across the valley,” Weber said. “They reared up, clashed and both almost fell over.”

At some point, another stallion, Singlefoot — who at that time had a unique arrangement with Red Face to maintain a double-band with him — started milling around to fight Brutus.

The small but reputedly fearless Satellite eventually ran Brutus off. But then in a sneak attack, Brutus came back from another direction and was able to steal back his old mares — but just them, just the status quo.

Molly, after all of that, was back with Red Face.

Left alone was the aging stallion Singlefoot, 19. Red Face has run him out of the band and he spends most of his days alone, trailing the band by a good several hundred feet, Weber said. It’s a typical chapter for senior stallions.

So there’s more than meets the eye for the average park visitor who might happen upon one of these horses and see beauty but not realize that this horse is more than a grazing machine. Most of the horses have a documented story — a resume of loves, losses and battles in this park that currently has 19 bands of wild horses headed by stallions. There are also 11 bachelor stallions without bands.

In addition to the battles, it’s also those other types of moments that professional photographer Deb Lee Carson, 57, of Red Wing, Minn., has spent three months photographing and blogging about.

She recently saw and shot this scene: mares who immediately circled a newborn foal to protect it from a nearby stallion battle.

Carson has also seen and captured what seems to be true affection, heads touching, as a stallion and his lead mare — meaning the mare who takes over when he’s gone — lead the other mares to water.

She’s also seen stallions and their mare have quiet time, too, looking at each other with loving eyes.

“The family unit of horses is very strong,” said Carson.

Carson, who often hiked up to 15 miles per day to get her shots, left the park after three months on June 26. She saw only one rattlesnake as it headed in another direction and had several close meetings, but no problems, with bison.

She said she has thousands of images to select from for an October exhibit, “Fly Without Wings, a Tribute to the Spirit of American Wild Horses,” which will take place in Red Wing. The Badlands horse group will get 10 percent of the proceeds.

Carson’s Facebook page for this park project — Deb Lee Carson Photography — is being followed in the U.S., and other countries, with the most followers in Mongolia, a country with a significant horse culture.

Her mentor, Peter Fong, is a Minneapolis photographer who specializes in golf courses, capturing unique landscape shots. He said in a recent interview that Carson “somehow comes up with amazing (pictures) … She has an innate sense.”

Will alien species rise globally by 2050?

Will alien species rise globally by 2050?