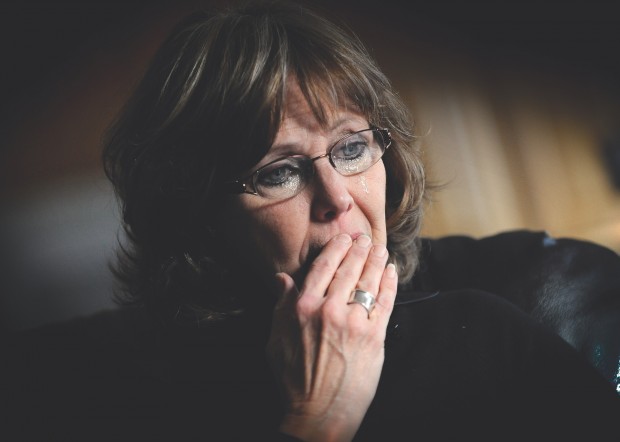 Debbie Dolezal, 59, of Billings discusses her husband's 2008 suicide, describing the pain, guilt and heavy-heartedness she still feels today. Her husband fatally shot himself near their Billings home. 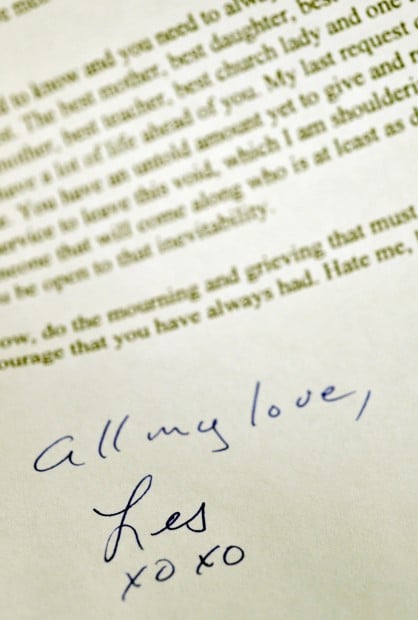 Les Dolezal, 57, left a personally signed suicide note to his wife Debbie before fatally shooting himself on April 1, 2008. 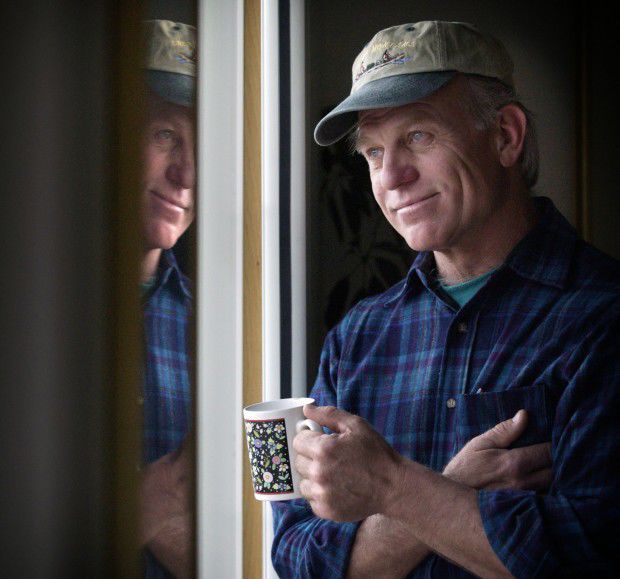 Les Dolezal was featured as an entrepreneur in an April 7, 2002, Billings Gazette story. He killed himself on April 1, 2008.

Les Dolezal lay atop the bedcovers beside his wife, grieving aloud that he had no friends. Nobody understood him. He had no one in whom to confide.

Surprised, Debbie Dolezal let him talk. It was a 180-degree turn from the joviality he exhibited the night before.

On April 1, 2008, as Debbie dressed for work, Les followed her every move. She found it odd.

Though he usually made his wife breakfast, he did not that morning.

Instead, he chastised her for not having the pot of oatmeal she was cooking properly centered on the burner.

He was hell bent on picking an argument with his wife of nearly 30 years. She wouldn’t bite.

She walked to the garage of their home in the Briarwood Subdivision and as she settled into the driver’s seat, her husband said matter-of-factly, “I’m going to kill myself today.”

“I was stunned, but scared,” Debbie said.

On her way to work, she called her husband’s psychiatrist whom he had seen periodically for the last 10 years. She relayed what had transpired that morning. The psychiatrist vowed to call Les.

Once at work, Debbie called her husband.

“I’m concerned about you,” she recalled. “You were saying some very strange things this morning. You’re scaring me.”

“He was very, I don’t know what the term is, super angry,” Debbie, 59, said of her husband’s demeanor.

She asked him if he would talk with his psychiatrist. He said he would but swore he was fine and urged her not to worry about it.

With that, she went about her day.

When she got home from work that afternoon, he was sitting on the couch in the living room, studying toward certification as an energy auditor. As Debbie sat down on the opposite end of the couch, Les abruptly got up. She asked if they could talk.

“We have nothing to talk about,” she recalled him saying.

She demanded to know what was going on, urging him to talk to her.

She asked if perhaps they could go together to see his psychiatrist and review his medications. He had taken himself off Zoloft, an antidepressant, before the winter holidays. He had suffered a grand mal seizure and was taking medication for the seizure. The seizure, Debbie said, was caused by his illegal drug use, which included LSD, while he was in the U.S. Army in the 1960s and early '70s. He was also a recovering alcoholic and was being treated for a cognitive brain disorder.

He was taking Aricept, typically used to treat confusion related to Alzheimer's disease. She suspected that perhaps the Aricept was causing his outbursts of anger.

“He got right in my face,” Debbie said.

He was having none of it.

He retreated downstairs. She made dinner. He did not come upstairs to eat.

It was a beautiful spring day. Both of their cars were parked outside. Later that evening, Les surfaced from downstairs, went out to move the cars into the garage and came back into the house.

He made eye contact with his wife, winked, smiled, blew her a kiss and waved.

“My whole body just relaxed because I thought, ‘He’s going to be OK.’”

That wink was his final goodbye.

She did not know it at the time.

She finished a phone conversation with their daughter, cleaned up the kitchen and went downstairs to talk to him. All the lights were out. He was not there.

It wasn’t unusual. He enjoyed walking the South Hills near their house, especially at night. He believed you could see better at night.

As she got ready for bed, their dog approached her from another room. She thought it strange that Les didn’t take the dog with him but dismissed it and went to bed.

When she woke the next morning her husband was nowhere to be found. She found it slightly odd but not completely out of the realm of possibilities. Just a few weeks before, he discussed the idea of spending a night in the South Hills. He enjoyed hiking, camping and backpacking, so it seemed logical.

“It was a bit odd that day, but I wasn’t super concerned,” Debbie said. “I went to work, which, of course, I regret.”

She called him several times that day from work but he never answered. The daily newspaper was still on the doorstep when she got home from work. It was clear he had never been home.

“I went downstairs,” she said. “I looked on his desk. There was a letter for me and a letter for each of the girls. Three letters.”

They were goodbye letters, suicide notes.

She paused, attempting to stifle the tears welling in her eyes.

She read the letters and called her husband’s psychiatrist who advised her to call the police.

“I can’t do it,” she told the psychiatrist. He made the call.

Within minutes, police arrived, peppering her with questions. Did you have a fight? Were you going to leave him? Do you have financial problems? Where is his wallet? Did he take credit cards?

“I found everything in his car,” she said. “He didn’t take anything.”

The police asked for a photo of her husband and advised her to call her minister.

“It didn’t register,” Debbie said. “I really didn’t believe anything was wrong. I just thought he was hiding out somewhere.”

She saw police cars driving slowly nearby her property in the hills. Other police officers walked near a shed on a neighbor’s property. She laughed to herself, wondering why on earth they were looking there. They wouldn’t find him there because he never walked there. Then she saw a policeman carrying something that resembled a tackle box. She saw an officer taking pictures in the ravine.

She ran downstairs and out the back door where she saw a police officer taking pictures.

“What are you doing?” she demanded.

“But, what are you doing?” she insisted.

“I must have taken a step forward or something,” she recalled. “He just looked up at me and said, ‘Ma’am, I found your husband.’”

“I just remember being on the ground and he was picking me up,” Debbie said.

Les fatally shot himself in the side with a rifle he bought when they were newlyweds. He used it once to hunt deer and decided he didn’t have what it took to kill animals. The gun had been stored in a cabinet for nearly 30 years.

Les spoke with his psychiatrist the day he killed himself. During the conversation, Les assured his doctor that he was OK but made an appointment for the following day. By the time the psychiatrist got into the office the next day, Les had canceled the appointment.

Debbie has been in counseling for the past 18 months.

She knows that her husband, who owned Canoe Montana, Down Home Home Inspection and Leading Educational Services, was deteriorating cognitively. She believes he feared getting Alzheimer’s. Though he left a letter, it holds few clues as to his motive.

“I’m still reeling,” she said. “It’s been 4 ½ years and I still can’t believe it. I still think he’s going to walk through that door.”

Drought-stricken California trucks its salmon to the sea

Drought-stricken California trucks its salmon to the sea

Some live with punishing chronic pain.

Debbie Dolezal, 59, of Billings discusses her husband's 2008 suicide, describing the pain, guilt and heavy-heartedness she still feels today. Her husband fatally shot himself near their Billings home.

Les Dolezal, 57, left a personally signed suicide note to his wife Debbie before fatally shooting himself on April 1, 2008.

Les Dolezal was featured as an entrepreneur in an April 7, 2002, Billings Gazette story. He killed himself on April 1, 2008.