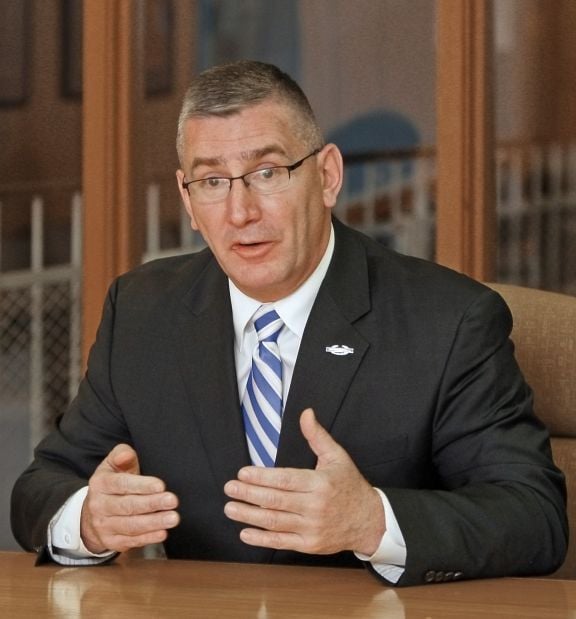 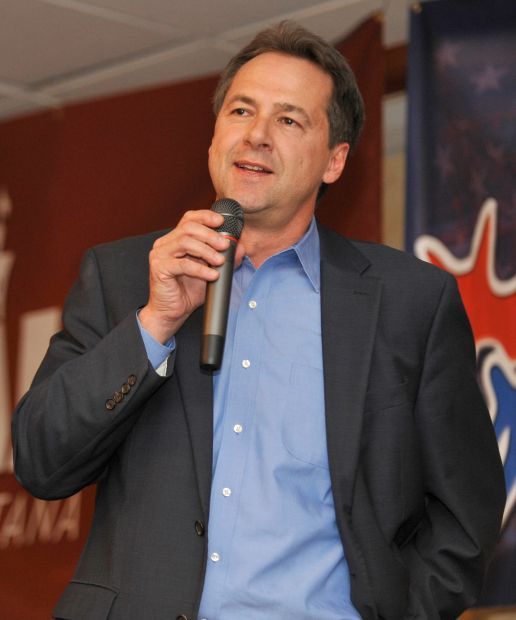 Three lieutenant governors in three years: It's a scenario not seen by a Montana governor in about eight decades.

With the announcement that Lt. Gov. Angela McLean is leaving her job for a position at the Office of the Commissioner of Higher Education, Gov. Steve Bullock is looking for a new No. 2, something he’s done once already.

McLean’s departure is the result of her seizing on an opportunity to work on education issues, both Bullock and Tim Crowe, the governor's director of communications, have said. She's not being forced out so Bullock can pick a new running mate for the 2016 election, they said.

But David Parker, associate professor of political science at Montana State University, believes the development is problematic for Bullock.

“It looks like the governor can’t seem to pick someone to actually stay in the job of lieutenant governor,” Parker said Tuesday.

“That’s absolutely not the case,” said Jason Pitt, communications director for the Montana Democratic Party. “Angela was offered this position, and she’s a really great candidate for it. The governor congratulated her; the Democrats congratulate her.”

In October 2013, Bullock’s then-Lt. Gov. John Walsh announced plans to seek the U.S. Senate seat being vacated by Max Baucus, who said he would not seek another term in April that year.

When President Barack Obama appointed Baucus ambassador to China, Bullock named Walsh to serve out the senator's term, making him the incumbent in the 2014 election. That’s when Bullock named McLean the new lieutenant governor.

Parker said one of Bullock's biggest problems so far was appointing Walsh to Baucus' seat. Walsh resigned when it was found he plagiarized a paper he submitted to the War College in July 2014.

“He’s the one that plucked John Walsh out of somewhat obscurity to be lieutenant governor and then appointed him to the Senate seat when Baucus resigned, and that didn’t go too well,” Parker said. “Then he goes out and picks Angela McLean, who by all accounts is dynamic and did a good job, and then she mysteriously leaves.”

McLean said Monday of leaving the lieutenant governor job: "I did what I came to do, and I think I was successful, and now it's time to move to a new post and take that fiery, fierce advocacy to an area where it's specifically tailored to student learning.” She also said her departure isn’t related to Bullock’s upcoming re-election campaign, something Bullock reiterated.

Parker said the 30,000-foot view is that it still looks strange McLean isn’t finishing out her term. Bullock has said he found out about McLean’s departure Monday morning, something Parker said “speaks volumes. … If he didn’t know this was in the offing, I think that says a lot.”

When a lieutenant governor vacates the position, Article VI of the Montana Constitution states: “the governor shall appoint a qualified person to serve in that office for the remainder of the term.”

Rep. Essmann, R-Billings, issued a statement Monday imploring Bullock to “follow a better process in vetting candidates for this choice than he did in the secretive process he followed in naming previous Lt. Gov. John Walsh to the U.S. Senate." Essmann was in meetings Tuesday and unavailable to explain how he’d like the process to be improved.

Crowe said when Bullock returns from a trip to Texas later this week, he’ll have some guidance for his staff on the next steps.

“The governor is thinking through how he will work through candidates he would want to consider,” Crowe said. “He’s got to make a selection that makes the most sense for Montana and moves the state forward. It’s going in the right direction, and all points need to keep going in that direction. So to find the person that’s capable and able to do that without any delay is what’s critical.”

Bullock should pick someone who is widely respected across the state, Parker said. He added he doesn’t think a public process will necessarily help the governor avoid a problematic selection.

Parker suggested past politicians or current office-holders not running for re-election, and mentioned Dorothy Bradley, a Democrat who served eight terms in the Montana House of Representatives and ran for Congress in 1978 and governor in 1992. He also named Secretary of State Linda McCulloch, who can’t run again due to term limits.

“You want somebody who knows how to be part of an executive team and who theoretically has already been vetted by the voters.”

Parker said choosing someone who is well-vetted is critical not so much in terms of selecting a running mate but in how the pick reflects on Bullock’s abilities as governor.

“What’s more important is it looks odd the governor is going to have a third lieutenant governor in a four-year term. That then raises questions I don’t think the governor wants raised. It brings back the Walsh story, it goes to the fundamental question of, 'Is the governor competent?'”

Parker pointed to 125 errors revealed by a legislative audit of the Department of Administration this summer that included about a $1 billion overstatement of accumulated depreciation related to infrastructure. He said some people questioned Bullock's abilities after a failed attempt to group $400 million in infrastructure projects into a bill that ultimately failed in the 2015 Legislature.

“You start to line up a series of events that suggest, 'Does the governor and his staff know what they’re doing?' And that’s not what the governor wants going into a re-election campaign against an opponent who will be well-funded,” Parker said.

Pitt said the governor’s pick to replace McLean is not a political decision. “Politics are not involved at all,” he said. “He is going to pick a lieutenant governor that is going to be the best for the state."

Crowe said the governor will follow a careful vetting process. “He’s got to go out and find a person that has the characteristics, the character, the skill set, the ability and perhaps even some of the experience that would make person the most attractive to select and appoint as our next lieutenant governor.”

Parker emphasized what he thinks it takes to make a well-researched choice.

“Some time and consideration and thought needs to be put into vetting a potential candidate fully before appointing them because we know what happens when you don’t fully vet. We already had that once.”

HELENA — Gov. Steve Bullock said Monday he will make his pick for lieutenant governor and his running mate for the 2016 election by the end of…

HELENA — Gov. Steve Bullock on Wednesday named former Montana Secretary of State Mike Cooney to be the next lieutenant governor.

Montana’s next lieutenant governor should have a real job