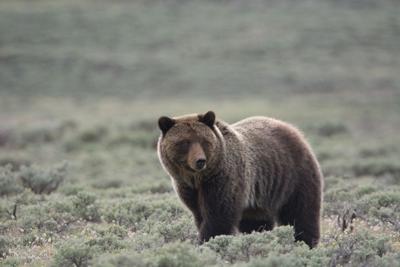 MINNEAPOLIS — As Tom Therrien and Todd Green half-ran recently through the rugged Beartooth Mountains that divide Wyoming and Montana, they prayed for help. Their friend Brad Johnson had been attacked by grizzly bears, and Therrien and Green fretted he might be dead.

Another friend, Justin Reid, had stayed with Johnson, salving his many puncture wounds, while Therrien and Green backtracked for help through seven miles of wilderness.

This was the third hiking trip the Minnesota men had taken into the Beartooths. Friends through their churches, they came west for the exercise, the fresh air, the mountain vistas, the camaraderie and, perhaps, particularly for the fishing.

Rainbow trout were plentiful in the mountain lakes, where the men also caught cutthroat and brown trout, using flies and spinners.

Therrien, 48, of Corcoran, a business owner, and Green, 49, of Buffalo, a tech company executive, had good reason to pray for help. Along with Johnson, 48, of Plymouth, and Reid, 45, of Medina, they had driven nonstop from the Twin Cities, reaching the Clay Butte Lookout Trailhead about 9 a.m. Sunday, Sept. 9.

Stuffed with sleeping bags, tents, clothes and cooking gear, the men's packs weighed a hefty 60 pounds apiece. Yet with palpable anticipation for the five adventurous days that lay ahead, the men swung the provisions onto their backs energetically and began the long, mostly uphill hike toward Granite Lake.

"He was in a death spiral. He said, 'I'm done. It's over.' I tried to keep him positive. ... Then, about two hours into it, we started praying out loud. That's when something miraculous happened. A calm and peace came over us."

Four hours later, Johnson, an ear, nose and throat physician, was about 100 yards ahead of his companions and out of sight when he was attacked. The elevation was about 9,500 feet and the air was thin. Catching their wind, the men had stopped from time to time to rest, and it was during one of these breaks that Reid, Therrien and Green heard a commotion.

"It was a unique sound," Reid said. "At first we thought it was an eagle or perhaps a hawk. Then we heard a human voice, and we said to one another, 'Did you hear that? Did you hear that?' Whatever it was, it didn't sound good."

Armed with canisters of bear spray, the men rushed up the trail, calling to Johnson, who didn't answer.

"Then we came upon Brad," Reid said. "It was brutal. The bears were 15 feet from him at full charge when he first saw them. He never had time to use his bear spray."

A Minneapolis Fire Department captain trained in emergency medicine, Reid, along with Therrien and Green, tried to get a handle on what needed to be done. Were the bears still nearby? Would they attack again? Punctured, torn, bleeding and in pain, Johnson was in shock, or soon would be. Without a cell signal, help was at least seven miles away, by foot, at the trailhead.

Options were discussed, none of them good. Ultimately, Reid said he would stay with Johnson, while Therrien and Green high-tailed it for the trailhead. Shorn of their packs and carrying only water bottles, bear spray and a whistle, the two men headed down the trail, their legs occasionally cramping from the rigors of what had already been a strenuous daylong hike.

During previous trips to the Beartooths, only rarely had the four Minnesotans encountered other people. So there was little chance Therrien and Green would meet other wilderness travelers along the trail who could help.

Still, while rushing ahead, Green blew his whistle, hoping to alert someone.

Reid, meanwhile, having packed gauze into Johnson's wounds, worried the bears might return. "We have to move," Reid said, and while holding Johnson upright, he shuffled to what he considered to be a safer location about a quarter-mile away.

Making five return trips to the attack site to retrieve sleeping bags and other gear, Reid then spread a large white tarp to make their revised location visible from the air. He also laid a signal fire to light if an aircraft neared their position.

Conscious but wavering in shock's torpor, Johnson worried the odds weren't in his favor.

"He was in a death spiral," Reid said. "He said, 'I'm done. It's over.' I tried to keep him positive. I talked about how he and I had raised our families together. About his kids and his wife. About our kids' graduations and weddings we had to go to in the future.

"Then, about two hours into it, we started praying out loud. That's when something miraculous happened. A calm and peace came over us."

On the trail, Therrien and Green were still hours from reaching help — or so they thought.

"Tom was praying, too," Green said. "As we walked, he prayed, 'Please give us someone who can get help faster than we can.' "

A half-hour later, they encountered a husband and wife on the trail, with two dogs.

"We told them about the attack," Green said, "The woman literally said, 'I can get out of here for help faster than you can.' And she took off."

Green and Therrien would learn later the couple had almost raced to the trailhead, arriving there about 3:45 Sunday afternoon. They drove to the nearest phone and dialed 911.

"We got to the trailhead about 6:25 and a Wyoming game warden was waiting to help us," Therrien said. "He built a fire, and we stayed there listening to his (two-way) radio to keep track of what was happening."

Dispatched immediately upon receiving the 911 call, pilots of a search-and-rescue airplane and helicopter had no trouble locating Reid and Johnson. But the nearest spot the helicopter could land was a mile away.

We initially reported on Brad Johnson's mauling by a grizzly on Sept. 1. Here's that story.

In August, a female bear with at least one cub attacked a 10-year-old boy in Yellowstone National Park. The child suffered an injured wrist, puncture wounds to his back and wounds around the buttocks.

On May 17, a grizzly bear researcher suffered a fractured skull and other serious injuries when she was attacked.

Jon Sheets of Wyoming survived every hunter's nightmare. "There was no time to do anything, except use what I had in my hand," Sheets said.

"The country between where the helicopter landed and where Brad and I were was extremely rugged," Reid said. "But the air medics got to us and treated him. Then we carried him to the helicopter, and they took off with Brad for St. Vincent Hospital in Billings about 7:30 Sunday night. The helicopter was too small to take me."

Rolling out a sleeping bag and starting a fire, Reid slept in 10-minute intervals. Three hours later, a Wyoming Game and Fish Department rescue team arrived on foot. Turning back quickly, the rescuers and Reid exited the wilderness at 2:15 the next morning, covering a total of 12 mountainous miles, most of it in the dark.

"They put me up in a cabin, and the next morning we went in on horseback with pack mules to get our gear," Reid said. "Two bears were on the attack site when we arrived. But they left when we approached. One person stood guard while the rest of us gathered up the gear."

Johnson underwent emergency surgery when he arrived in Billings, and had a second surgery that Tuesday.

Rendezvousing in Red Lodge, Green, Therrien and Reid drove to Billings to be with their friend, who a hospital spokeswoman said was in good condition that Thursday afternoon. More surgery was scheduled last Friday for Johnson, according to his CaringBridge site online.

"The bear attack is still fresh in his mind," Reid said. "But his spirits are good. He's doing well."

Reminders for fall hunters: Get a map, respect private property

Fall marks the beginning of hunting season on public lands, which is also a good time for a reminder on being a respectful hunter.

Northeastern Montana has some of the best habitat for little-known grassland bird species like the Baird’s sparrow, Sprague’s pipit and McCown longspur — small songbirds whose natural environment has steadily decreased.

Dove hunting in Montana, from the mountains to the plains

As many hunters were anxiously awaiting Sept. 1 for the chance to bag a bull or buck, I had my sights set on something considerably smaller — mourning doves.

JACKSON — A growing wildfire in western Wyoming has forced the evacuation of some 230 rural homes but so far no homes have been burned.

After the dog days of summer, fishing is once again heating up at reservoirs around the region as temperatures have cooled.

Yellowstone Caldera Chronicles is a weekly column written by scientists and collaborators of the Yellowstone Volcano Observatory. This week's contribution is from Dan Dzurisin, geologist with the U.S. Geological Survey.

Bus company trains every employee how to detect human trafficking

An effort to train each of the 210 or so employees of Jefferson Lines, a Minneapolis-based transit company that serves Billings and other comm…

The owners of a therapeutic boarding school for teens located deep in northwestern Montana have agreed to pay nearly $1 million to families it shut out of the school with just two days' notice in September 2017.

Officials have identified the man killed Monday in a rollover crash near Glendive as Kip Anderson of Circle.

A Roberts High School basketball coach is accused of kissing a teenage student on multiple occasions, resulting in one misdemeanor charge of endangering the welfare of children in Carbon County Justice Court.

JACKSON, Wyo. — Officials say one home has been burned in a growing wildfire in western Wyoming.

Investigation: Spray worked, but was deployed too late in fatal griz attack

JACKSON, Wyo. — A Florida hunter who fled from a grizzly bear that was trying to appropriate an elk carcass thought his Jackson Hole guide was…

Utah father, son rescued after getting separated while hiking south of Bozeman

Searchers rescued a Utah man and his 12-year-old son from the Spanish Peaks south of Bozeman, where they got separated while hiking in subzero…

Video revisits when Minnesotan was mauled by grizzlies in Beartooth Mountains

Four months after he was mauled by two grizzly bears in the Absaroka-Beartooth Wilderness, Brad Johnson’s memories of the attack are frighteningly detailed.

Missoula resident races to top of Montana's 27 12,000-foot peaks in less than 5 days

As storm clouds billowed on the ridge below Castle Rock Plateau, two small figures crouched among the boulders, hiding as electricity charged … 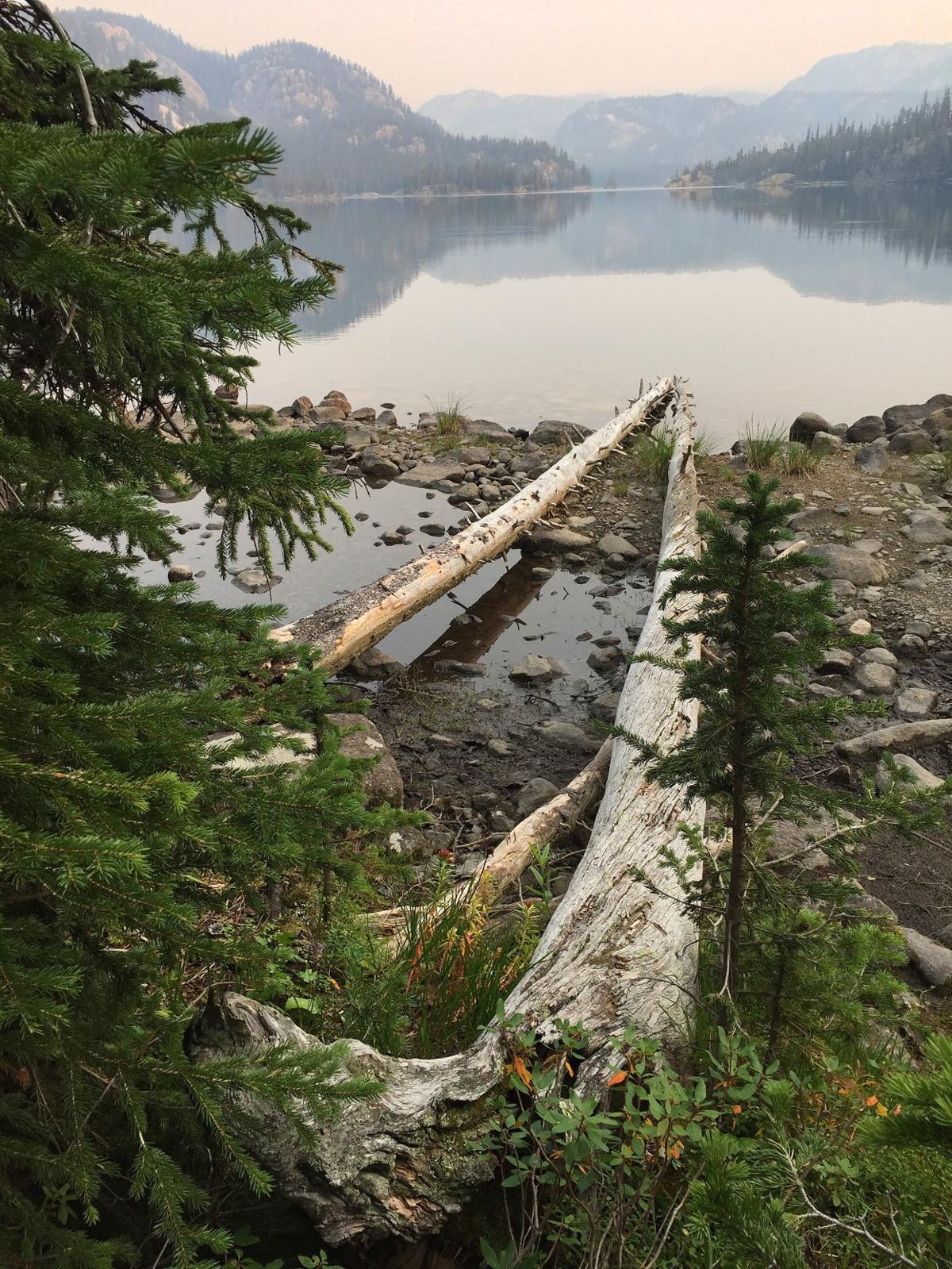 Granite Lake, located on the Montana-Wyoming border in the Beartooth Mountains. 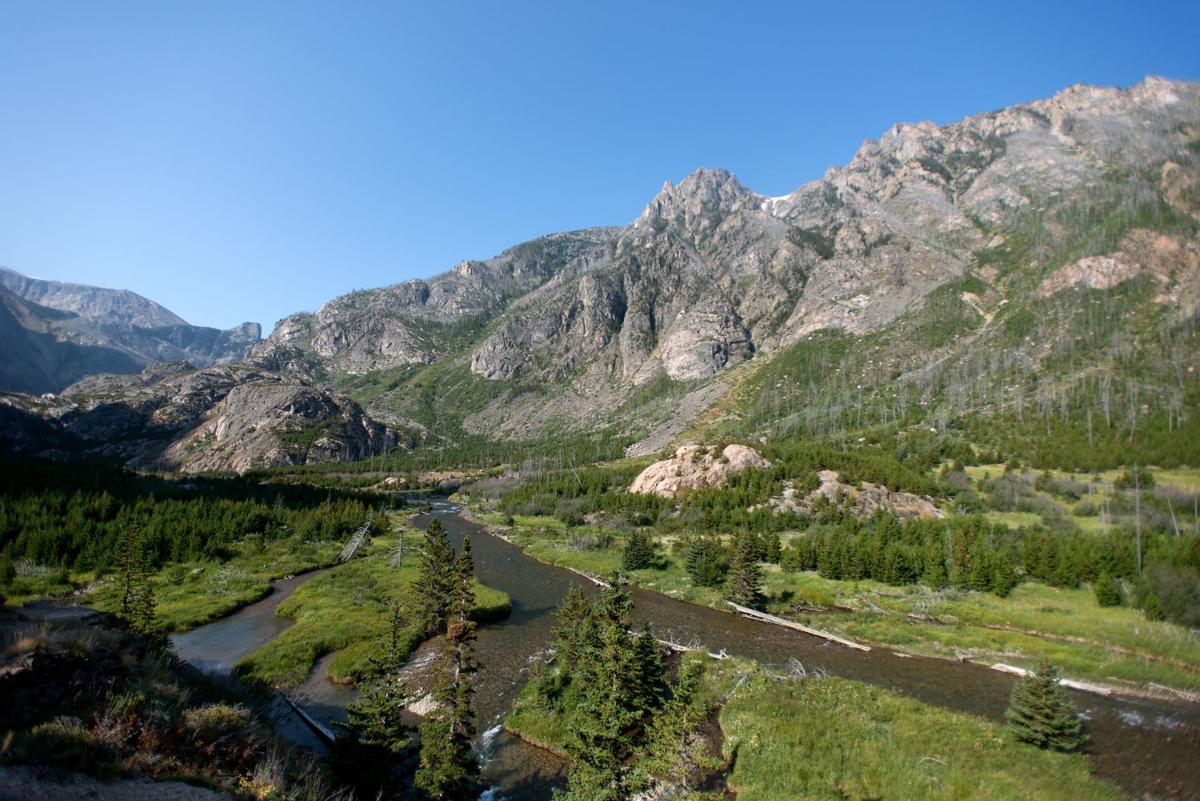