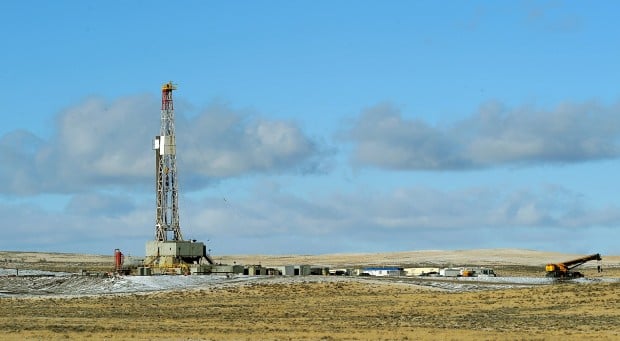 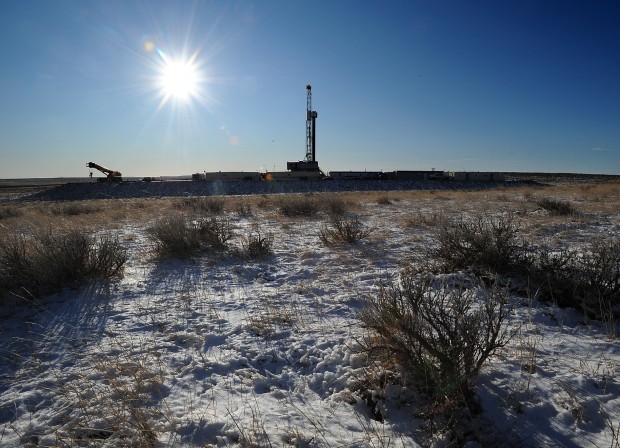 The pessimists are right for now: The Heath oil play cutting a swath across Central Montana is no match for the Bakken.

In fact, a handful of companies drilling in this shale formation in Central Montana have all pulled out.

And Montana’s other big energy hope -- using CO2 to coax oil out of the old Bell Creek field in southeastern Montana -- has been delayed.

Both events have political significance. Some Republicans legislators in Helena are citing the stalled projects as reasons why fellow lawmakers should curb permanent spending increases based on oil tax revenues.

“The last wells are coming in at 15 or 20 barrels a day. At $4 million to $6 million a well, that doesn’t cost out,” said independent oil man Tom Hauptman of Billings.

Production of shale wells decline rapidly after a year or two. So the Heath wells would have to produce 30 times what they are now to be economical, Hauptman said.

Two years ago, the petroleum industry veteran was touting the Heath as a potential mini-Bakken.

The findings were geologically promising, he said, but more companies need to drill more wells and generate more data.

“What we haven’t been able to crack the code on is how to make these wells produce economically,” Beiter said.

CMR closed its Billings and Lewistown offices and pulled its administrators back to Texas.

After drilling five wells last year, Fidelity Exploration & Production, a MDU Resources subsidiary, pulled out its lone rig until costs can be cut and production improved.

“When, and if, we figure that out, we’ll be back in there,” said spokesman Tim Rasmussen.

EOG Resources, Cirque Resources and True Oil also stopped drilling in the Heath, a shale swath running about 30 miles north and south of the Musselshell River from Lavina east into North Dakota.

About 33 Heath wells have produced oil and about a dozen are currently pumping, said Montana Board of Oil and Gas director Tom Richmond.

The Montana side of the Bakken also is seeing some challenges.

Apache Corp. is selling its recent play near Scobey, Hauptman said, and attempts to tap into Southern Alberta crude by Cut Bank have dried up.

On March 6, Harold Hamm, chief executive of Continental Resources, the biggest player in the Bakken, told Hauptman he was running into drilling issues exploring the western edges of the Montana Bakken.

“We’re not blessed with the great big pool of Bakken oil,” which is centered in western North Dakota, Hauptman said of his telephone conversation with Hamm.

North Dakota has about 175 drilling rigs working the Bakken, making millionaires out of some geographically lucky mineral rights owners. Montana has 11 rigs all along the North Dakota state line, according to Baker Hughes, a Denver oil services company.

North Dakota shale is relatively stable and the oil is trapped under great pressure, which helps producers pump it out.

Montana Heath shale has been fractured by eons of geologic upheaval, which helped form the Rocky Mountains, Hauptman said. The oil is spread out in irregular or thinner pockets and some shale has collapsed.

“I love to fish, but the last thing you want to do on an oil well is go fishing for equipment because your costs go sky high,” he said.

“I thought they were waiting to see who was going to be president and pulling back for that,” said Geraldine Custer, who has been clerk and recorder since the last oil boom in the 1970s.

Instead, the drillers were pulling out and the land men with them.

Wildcatting for oil is like high-stakes gambling, Hauptman said.

Over three decades, he's helped produce about 70 dud oil wells, including three boring down into Wheatland County's Heath shale. They also became “monuments to science,” his catch-phrase for dry wells.

Until new technology is developed, or drilling costs can be cut, Hauptman said Montana will just sit on the edge of the big petroleum plays hitting North Dakota, Canada and Wyoming.

“We’re not dead, but we have to hope tomorrow will bring a better day,” he said.

Meanwhile, plans by Denbury Resources of Plano, Texas, to flood the old Bell Creek oil field in the southeast corner of Montana were delayed for two months. Denbury couldn't get the CO2 after a flash fire last August at ConocoPhillip’s Lost Cabin natural gas plant southeast of Thermopolis, Wyo.

On March 12, the company started filling the $300 million pipeline it constructed from Lost Cabin to Bell Creek, 20 miles into Montana. Filling the 20-inch pipe will take two months and production could start by the fall, said spokesman Ernesto Alegria.

“We know what’s ultimately in the ground. The question is timing. When can we get that out,” he said.

Bell Creek has been producing oil since the 1960s and has been flooded with water in previous secondary recovery attempts. But Alegria said Denbury officials believe by using CO2, they can coax 30 million barrels of crude out of the field over the next 20 to 30 years.

Meanwhile, the company is closing a $1 billion deal to buy ConocoPhillips’ properties in the Cedar Creek Anticline. Denbury hopes to extend its CO2 pipeline north and start flooding that field by 2017, Alegria said.

Voyager Oil and Gas Inc., a Billings-based oil and gas company, hopes to expand its operations in central Montana and the Williston Basin with…

JORDAN — Talk of a "mini Bakken" beneath this windswept plain has the 350 people of Jordan talking big.

A piece of the oil action

﻿The secret has been well-kept until now, but Central Montana is sitting on an oil field that some suggest could be a mini-Bakken, the boom th…