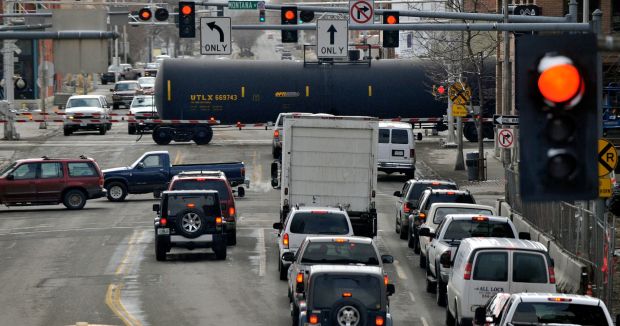 Crews will work this summer to replace a water main on North 27th Street between Sixth Avenue North and Montana Avenue. 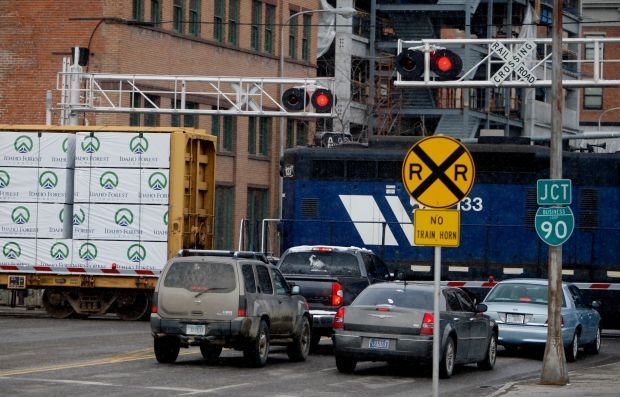 Cars wait for a train to cross 27th Street.

A coal impact fund already on the books could be tapped to help Montana cities deal with an anticipated increase in the number of coal trains bound for the Pacific Northwest.

Montana Senate Majority Leader Jeff Essmann, R-Billings, told The Gazette he would like to see the state’s coal impact fund used on projects like railroad crossings in Montana cities affected by coal trains. Rail traffic is expected to increase in coming years as coal from the Powder River Basin in Montana and Wyoming is shipped to the Pacific Northwest for export to China.

Coal trains are more than a mile long and, as Billings drivers know, can take several minutes to clear downtown crossings. It’s exactly the kind of problem the coal impact fund was intended to address, Essmann said. But larger cities haven’t fared so well in the past when asking the Montana Coal Board for impact funds. The board, which appropriates impact fund money raised through coal taxes, has favored small communities over the years, Essmann said. Billings applications have been turned down repeatedly.

“There have been bills to change the composition of the board,” Essmann said. Billings Heights Democrat Kim Gillan “had a bill a couple sessions back.”

Essmann said the 2015 Legislature could take the bill up again, with increased coal exports on the horizon.

However, changing the board composition might not be necessary, said Tom Towe, a Billings attorney who Democratic Gov. Steve Bullock appointed to the Coal Board last September. Currently, urban representatives on the Coal Board have a 4-3 advantage. Coal impact funds are fairly limited. This year’s funding for all projects is $3.28 million, a small amount considering that a single railroad underpass or overpass for downtown Billings was expected to cost tens of millions of dollars.

The Montana Department of Transportation studied rail crossing needs in 2003 and came up with project costs of $20 million to $25 million for the North 27th Avenue crossing in Billings and $13 million for North Montana Avenue in Helena.

“We couldn’t add very much juice to it, but we could add some,” Towe said. “What the Coal Board could do is say ‘Fine, if you want our help, you’re going to have to get everyone else on board.’”

In the past, Billings applications for coal funds have taken a hit because of little community buy-in. In 2010, the Coal Board rejected a Billings request for $250,000 to build a downtown pedestrian bridge over the train tracks. At the hearing, board members wanted to know whether the Chamber of Commerce and other organizations were contributing to the project. Although several groups testified in support of the bridge, they weren’t able to say they were contributing cash to the project.

Regrettably, a similar impact fund doesn’t exist for oil, Towe said, with the rapid increase in Bakken oil shipped across Montana by rail, it would make sense to have an impact fund for crude as well. Essmann said a bill to address the composition of the Coal Board might be in the works now were it not for a highly competitive election cycle. State lawmakers who run unchallenged for re-election, or those in the middle of a four-year Senate commitment, may request bill drafts between sessions.

However, in this election not a single seat in the Legislature is uncontested. Essmann has been pushed out of the Senate by term limits. He is running for a Billings seat in the House.

By the slimmest of margins — 5-4, with 1 abstention and one council member absent — the Billings City Council on Monday approved a constructio…

Crews will work this summer to replace a water main on North 27th Street between Sixth Avenue North and Montana Avenue.

Cars wait for a train to cross 27th Street.