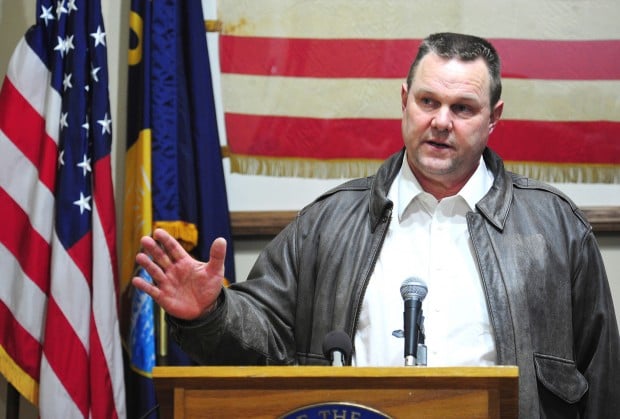 officially becomes a candidate Tuesday after paying his filing fee

and talking about his knock-down, drag-out race against Denny

Rehberg Tuesday in the Secretary of State’s office in Helena. 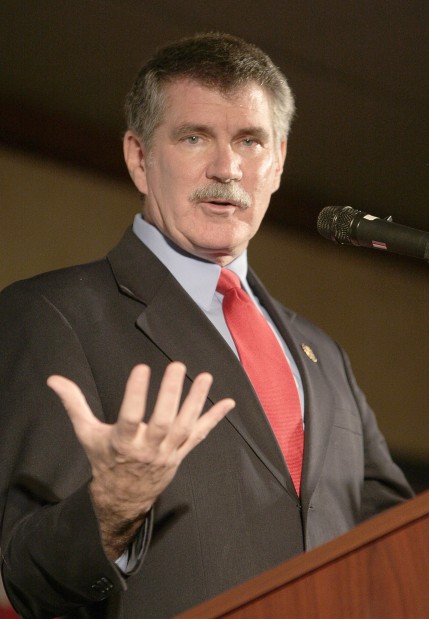 Denny Rehberg speaks at the Republican Winter Kickoff in February. 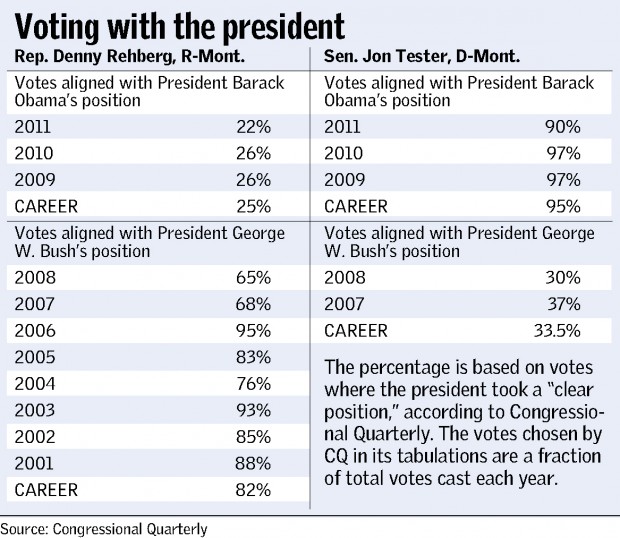 HELENA -- From now until Election Day, there's one thing about Democratic U.S. Sen. Jon Tester you'll hear again and again from his opponents: He votes with President Barack Obama "95 percent of the time."

In fact, the campaign for Tester's opponent, U.S. Rep. Denny Rehberg, R-Mont., says this point will be the "central theme" of the race.

"Senator Tester has supported President Obama's policies in Washington at the expense of folks here in Montana, most of whom don't approve of the Obama-Tester agenda," said Rehberg campaign spokesman Chris Bond. "On the other hand, Denny will provide a check and balance on President Obama in Washington."

While Tester's support of Obama is high, political scientists say it's at or below average for Senate Democrats and hardly unusual, given that Tester is in a Senate majority that's the same party as the president.

"The general rule of thumb is, if you're serving in the majority party, you will support your president pretty much all the time," said David Parker, a Montana State University political science professor who's been keeping close tabs on the contest between Tester and Rehberg.

If one looks at Rehberg's voting record during the presidency of George W. Bush when Republicans were the House majority, it tells a similar tale: He supported Bush's position 87 percent of the time, from 2001-2006.

The Tester campaign also takes issue with CQ's numbers, noting that CQ ratings are based on a selected number of votes, and saying Tester hasn't shied away from opposing the president on key votes.

"Leave it to Congressman Dennis Rehberg to put stock in a random number made up in Washington and then hope Montanans will be fooled by it," said Tester spokesman Aaron Murphy. "Montanans know Jon votes in Montana's best interest, whether it's voting against the Patriot Act and bailouts, or for the only jobs bill that passed Congress last year."

CQ has been using the same methodology for rating congressional members' support of the president since 1953. It chooses votes on matters on which the president has taken a "clear position," and rates how members agreed or didn't.

Here's a look at the numbers for Rehberg and Tester during their careers, and Congress in general, on presidential support:

-- Rehberg supported President George W. Bush, a fellow Republican, 82 percent of the time from 2001-2008. His support, however, was markedly lower during Bush's last two years, 2007 and 2008, when Democrats took over the majority in the House. Rehberg's support for Bush stood at 66.5 percent for those years.

Craig Wilson, a political scientist at Montana State University Billings, said that while Tester's support of Obama is similar or even less than that of most Democrats, that won't make it any easier for him to escape what may be a harmful tie to a president whose approval ratings in Montana languish in the mid- to high 30s.

"The problem for Tester is not what he's done as a senator, it's simply the fact that he's a Democrat, and Obama isn't very popular here, and, like it or not, (Obama) is a Democrat," Wilson said. "I don't know what he could have done to make himself better placed."

Parker agrees, and said Democrats shouldn't be surprised at the strategy -- after all, they used it in 2006 to help Tester defeat Republican Sen. Conrad Burns.

"Just as you saw Democrats tar Republicans in 2006 with Bush, who was unpopular, we have a president (now) who is unpopular in Montana," he said. "(If you're Rehberg), you definitely want to get people to associate (Tester) more closely with Obama."

In an effort to show that Tester is his own man, Tester's camp points to numerous votes where he has differed from Obama, such as opposing free-trade agreements, opposing extension of the Patriot Act, opposing Obama's fiscal 2012 budget, repealing a tax credit for corn ethanol and opposing the bailouts of Wall Street and the auto industry.

Yet he's also voted with Obama on some key contentious items, such as the 2010 health reform bill, the 2009 economic stimulus bill and confirmation of Obama's two U.S. Supreme Court nominees.

"If Senator Tester had really listened to Montanans instead of casting the deciding vote to pass President Obama's costly health care overhaul, it would not be the law of the land today," Bond said. "On matters big and small ... Senator Tester has ignored Montanans (and) rubber-stamped policies folks didn't ask for and do not want."

HELENA — From the federal budget to health care reform to gays in the military, Sen. Jon Tester, D-Mont., and Rep. Denny Rehberg, R-Mont., hav…

officially becomes a candidate Tuesday after paying his filing fee

and talking about his knock-down, drag-out race against Denny

Rehberg Tuesday in the Secretary of State’s office in Helena.

Denny Rehberg speaks at the Republican Winter Kickoff in February.