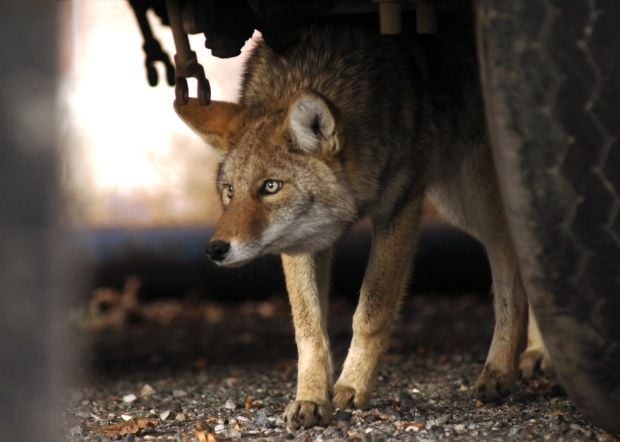 A coyote peers from under a truck on Montana Avenue after making its way into downtown Billings in 2005. 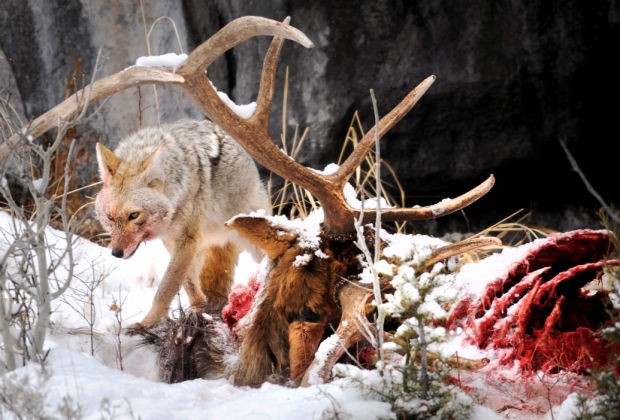 A coyote looks for something left to eat on an elk carcass. An MSU professor is studying the difference between urban and rural coyote sounds. 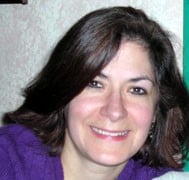 Coyotes and life forms on other planets have one thing in common — Sara Waller.

Waller is an associate professor of philosophy at Montana State University in Bozeman where she teaches courses like the philosophy of mind and consciousness and the origins of life. Since 2002 she has been interested in the differences between how urban and rural coyotes communicate. Waller has taught in Chicago and Los Angeles, so what is she doing in the relatively rural state of Montana studying coyotes?

“I am a philosopher interested in language and other minds,” Waller wrote in an email response to questions. “It intrigues me when I find that other people think differently than I do, and this interest has expanded to animals.”

Waller is collaborating with students at MSU and California State University-Dominguez Hills student Angel Pinedo to gather recordings of rural and urban coyotes. Waller said that just this year, the project gained possible collaborators in such diverse places as Nova Scotia, Kentucky, Wisconsin and New York.

“I recorded my first coyotes in 2002, but I have to say the project really took off last year when Alicia Netter, a wonderful post-baccalaureate student, came to Bozeman,” Waller said. “She’s collected many high-quality recordings and has really energized the project, bringing other students with her to Headwaters State Park as well as to West Yellowstone to get recordings and observe behaviors.”

Waller said people “know that coyotes can sense things that we cannot.” That got her to wondering: “How does that impact the way they think? They are social, communicative predators, and so are very like humans in many ways. If we could figure out what some of these vocalizations mean, it would give us insight into how our own language works, and how human minds differ from those of other social predators.”

Coyotes are small members of the canid family, averaging 25 to 35 pounds and standing about 16-20 inches tall at the shoulder. The animals mainly eat small mammals, like voles, mice and rabbits, but they’ll also eat young elk calves, deer, roadkill and carrion as well as small domestic livestock like sheep and goats.

Because they are intelligent and adaptable, the animals have expanded into urban environments, including large cities like Los Angeles, Chicago and New York City. In urban areas they may also find rabbits, rats and mice to eat, as well as the occasional house cat or domestic dog. Living in dens, coyotes will give birth to a litter of five to seven pups in May.

Their hunting area can range from six to 42 square miles. Coyotes often hunt in packs of six to seven animals led by an alpha male and female. Their vocalizations — including yips, barks and howls — help them communicate with each other as well as to mark their territories.

In Yellowstone National Park, after wolves were reintroduced, coyote numbers fell as much as 30 to 50 percent from wolf attacks as the larger canids staked their claim to territories that coyotes previously had to themselves.

So far, Waller’s crew has struggled to capture recordings of coyotes in urban settings because they seem to be less vocal. Of the few they have captured and compared, Waller said there are few noticeable differences, but that’s a good thing with possible practical applications.

“It means that we can begin to parse their vocalizations into meaningful units, and that this sound catalog will apply to coyote populations across states,” she said.

By understanding what the vocalizations mean, Waller said, playing back coyote vocalizations could provide ranchers with a way to keep coyotes away from livestock. That would be significant considering that in Montana ranchers last year reported 13,900 sheep and lambs killed by coyotes, according to figures compiled by the U.S. Department of Agriculture. The next-closest cause of depredation was dogs, which killed 900 sheep and lambs.

That there are few differences noted so far is somewhat surprising considering that researchers know that animals of all kinds have different accents depending on where they live.

“We know that dogs have ‘accents’ just as people do — we can reliably tell the difference between British dog barks and American dog barks,” Waller said. “When we have enough recordings to really compare Eastern and Western coyotes, we may find that like dogs, and people, they have regionally based differences in the way they communicate with each other. This would show that coyote vocalizations are impacted by social and environmental factors just as human speech is.”

So what does all of Waller’s coyote research have to do with communicating with possible life forms from other planets?

Two years ago, Waller received a scholarship and creativity grant from MSU as well as support from the university’s Astrobiology Biogeocatalysis Research Center. The center is funded by NASA and studies the origin, evolution and distribution of life in the universe.

“The ABRC is interested in how life began on Earth and how it might begin on other planets, and so understanding vocalizations of other animals here on Earth will help us recognize, and perhaps communicate with, life that possibly exists on other planets,” Waller said.

If coyotes could help scientists communicate with aliens, wouldn’t that be a howl?

A coyote peers from under a truck on Montana Avenue after making its way into downtown Billings in 2005.

A coyote looks for something left to eat on an elk carcass. An MSU professor is studying the difference between urban and rural coyote sounds.