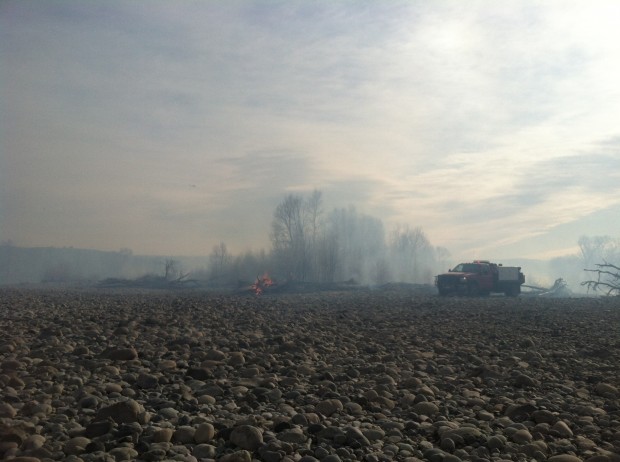 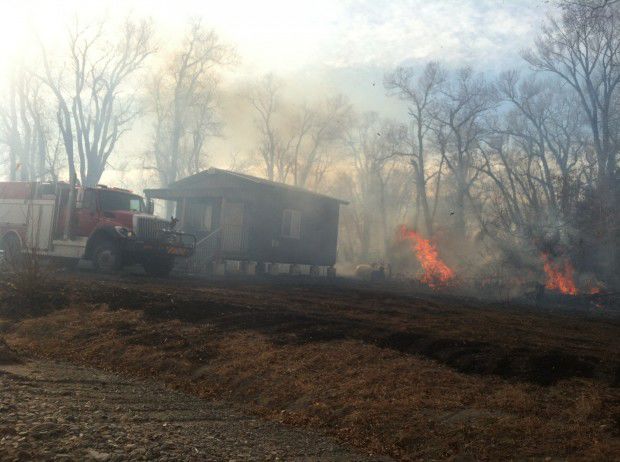 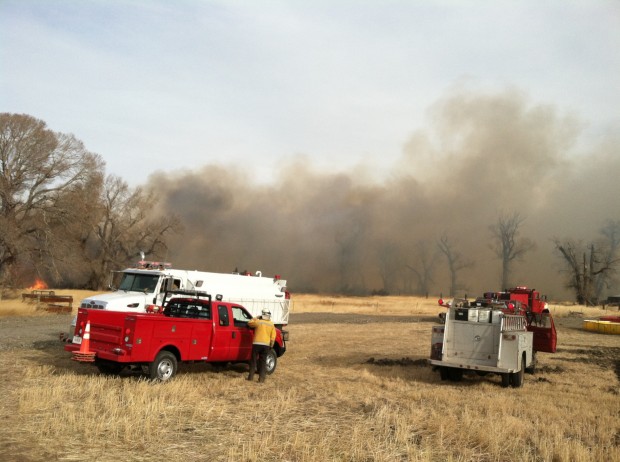 By afternoon, the fire, named the Kjarmo fire, was an estimated 75 to 100 acres, said Levi Duncan, incident commander.

Brooke Osen, the county’s disaster and emergency services administrator, said the fire was about 70 percent contained by 8:30 p.m. It started about two miles east of Greycliff on the north side of Interstate 90 and has stayed on the south side of the Yellowstone River.

The fire was reported to the county dispatch center at 9:40 a.m.

Two structures were threatened, including a home, but no structures have been damaged or destroyed, Osen said. Occupants of the one house were evacuated, she said.

Most of the crews were released on Friday evening with seven Big Timber firefighters remaining on scene overnight with a trio of Type 6 fire engines to keep an eye on the fire.

“The fear right now is wind,” Osen said. “If the wind did pick, it could pick up the fire again.”

She said that about 50 firefighters from various agencies will return on Saturday morning to focus on completely containing the fire and mopping up.