Nakoda elder Faye Filesteel made an appearance in the fourth episode of season five around the 30-minute mark, where she plays Monica’s (Kelsey Asbille) grandmother. The episode includes a burial ceremony for Monica and Kayce’s (Luke Grimes) child. Monica, an Indigenous character in the show, cuts her hair and places her braid on the child’s coffin, which is traditional in some Native cultures. The camera pans to Filesteel, who is wearing her own ribbon skirt and black shirt. She holds a bouquet of flowers and looks sorrowful as she gazes at the coffin. Filesteel will also appear in episode five of the show — this time, as a member of the tribal council.

Filesteel, 84, is a retired teacher at Harlem Public Schools who says she has “so many (grandchildren) I’ve lost count.” She said she had a great time on set in Darby and was impressed that many of the actors went out of their way to visit with her. Kevin Costner, who plays family patriarch John Dutton, drove her around in his VIP off-road vehicle. He also showed Filesteel his RV, which he called his “home away from home.”

“They made sure this old grandma was well taken care of!” Filesteel said. “It was an experience I don’t think I’ll ever forget. It will be with me for a long time.”

The show, which drew 8.8 million viewers on the season five premiere, has received some criticism for its portrayal of Native Americans. In “Yellowstone,” Monica is a member of a fictional tribe headquartered on the Broken Rock Indian Reservation. Asbille, who plays Monica, also starred in “Wind River” and falsely claimed to be a member of the Eastern Cherokee Band of Indians. The show has also been accused of glorifying the settler colonial version of history.

Despite the controversy, Filesteel said the burial ceremony in episode four was culturally accurate. She said Mo Brings Plenty, who is Lakota and an actor in the show, helps ensure the show handles Indigenous issues with sensitivity. Filesteel said Brings Plenty’s family members were also extras in the funeral scene, which depicted Lakota funeral customs.

“When Monica lays her braid down on the casket, that’s accurate,” Filesteel said. “That’s probably the best we’ve seen Native people depicted in Hollywood. I was impressed.”

Though they filmed the scene multiple times from different angles, Filesteel said she was emotional each time. As she watched Monica mourn her child, a real tear rolled down Filesteel’s cheek.

Filesteel’s daughter, Connie Filesteel, said when her mother first said she was emotional in the scene, she thought her mother was kidding.

“And then someone said, ‘That’s how you know someone’s a good actress,’” Connie said.

Nora Mabie is the Indigenous Communities reporter for Lee Montana.

In 2021, the Department of Fish, Wildlife & Parks sold more than 66,600 nonresident deer and elk licenses.

Montana beef processing ramps up with help from feds, but more butchers are needed

Starting a ranch from scratch is no easy task, but Heidi and Gary Todd were determined to do so. They’d measure their revenue in pennies per p…

The crash knocked loose the semi-truck's windshield. Snow poured in and filled the cab. It solidified, and both men were trapped.

Hunting is allowed only in narrow areas near the park border, concentrating hunters in what’s been described as a firing line.

Lawmakers say a fatal bounty hunt in Butte was a "tipping point" to bail bond legislation at the Statehouse in Helena.

FWP launched the multiple-state investigation in 2015, after Cole “Sonny” Lawson III of Walterboro, S.C., was questioned at a Missouri gas station by a conservation officer.

The reforms come with some subtext as the state still faces litigation against bills the 2021 Legislature passed, which has featured some procedural maneuvers Republicans have rebutted as unfair.

Bill would make e-bike access the default in Montana

Under the bill, e-bikes would be allowed anywhere that regular bicycles are allowed, including streets, highways, roads, bike lanes, and bike- or multi-use paths.

Nancy Pelosi: 'No intention' of watching video of husband's attack

Nancy Pelosi: 'No intention' of watching video of husband's attack 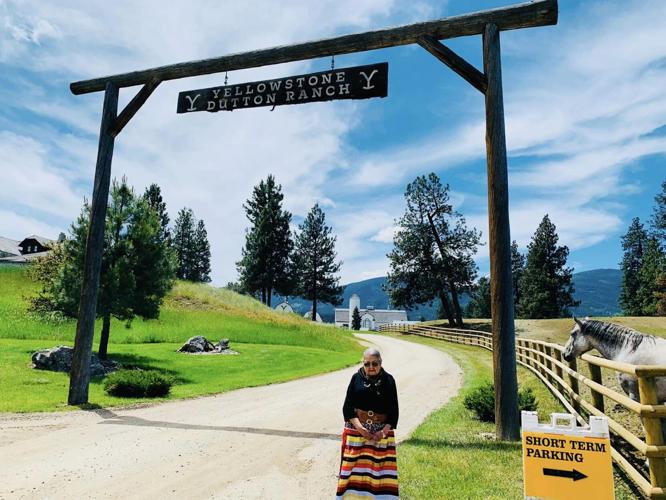 Faye Filesteel stands under the Dutton ranch entrance on the set of "Yellowstone." 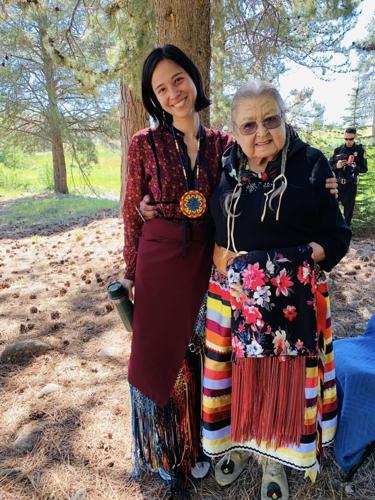 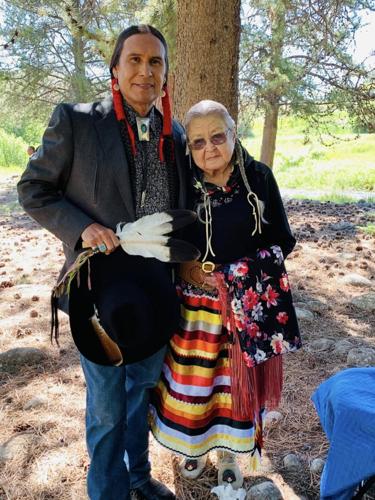 Faye Filesteel poses with an actor on "Yellowstone," Mo Brings Plenty, who tries to ensure the show is culturally sensitive. 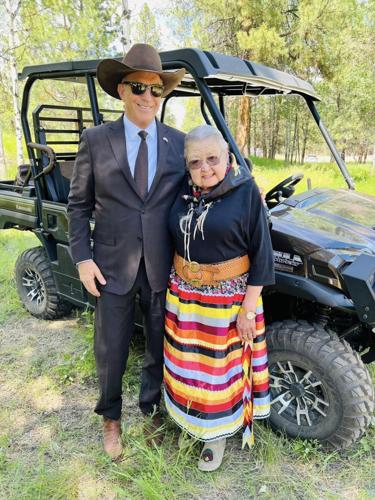 Faye Filesteel poses with Kevin Costner on the set of "Yellowstone."

Faye Filesteel was an extra on season five of "Yellowstone." She is seen in a burial scene, holding flowers.