The U.S. Army Corps of Engineers is proposing to drill a water well 3.5 miles west of Garneill in yet another step for a long-term project to bring well water to about 5,000 central Montana households.

The federal agency has published an environmental assessment on the project and is taking public comment on the document through Aug. 9.

The 8.75-inch diameter well — proposed to be drilled up to 2,800 feet deep into the Madison Aquifer — is the latest step in the larger Central Montana Regional Water Authority. If or when the roughly $90 million project is completed, it would supply drinking water to the small communities of Hobson, Judith Gap, Harlowton, Shawmut, Ryegate, Lavina, Broadview, Roundup, and Melstone. 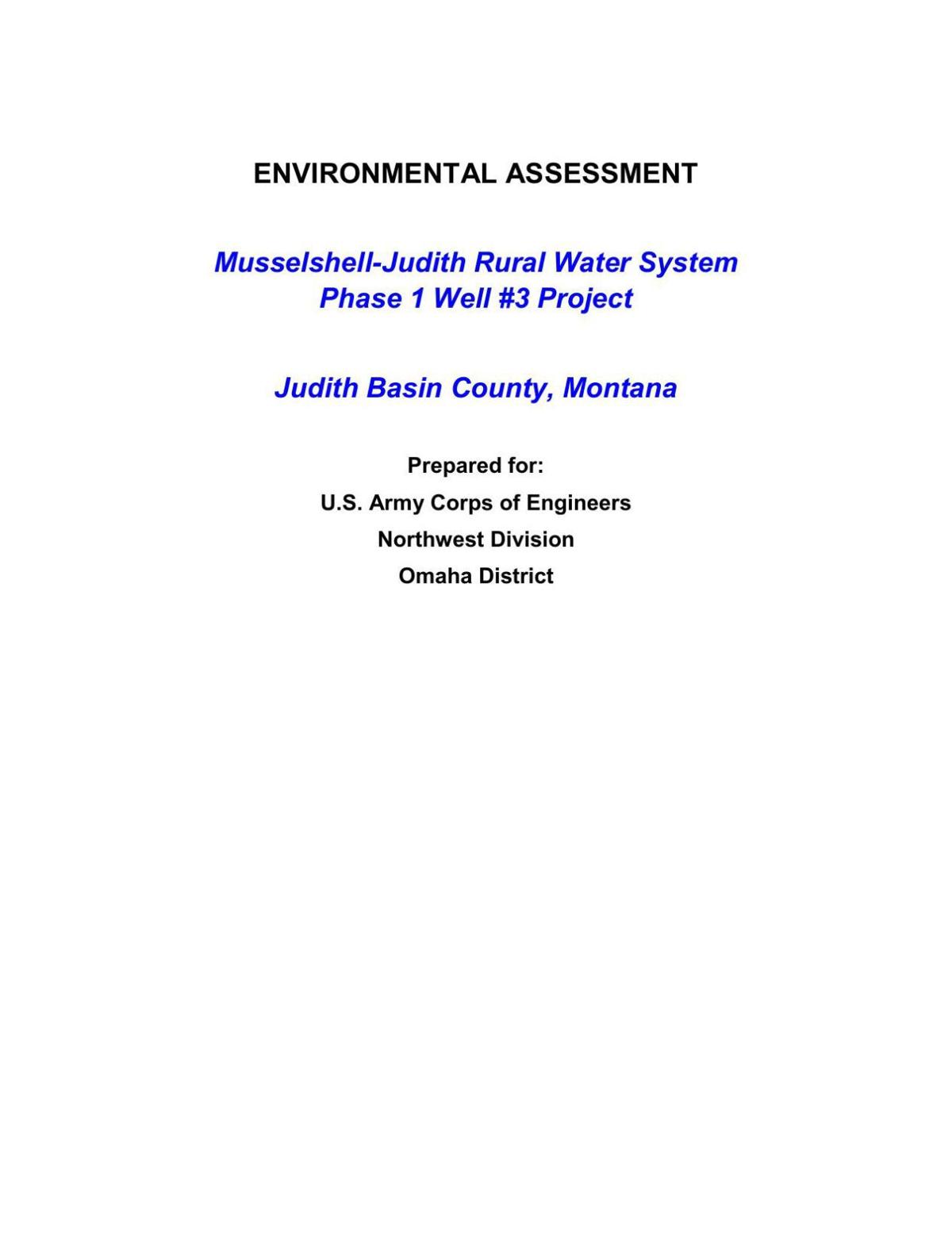 To do that, three wells would supply water to four storage tanks to distribute thousands of gallons of water via 230 miles of pipeline. Construction would be completed in five phases. Supplying Harlowton would be phase one and cost around $17 million. Phase two would deliver water to Roundup.

“The very best possible case would be that we would have water by the end of the 2020 construction season,” said Bob Church, who has overseen the project for Great West Engineering for 14 years. “The whole design package is ready to go."

The project, which began in 2004, is still awaiting authorization from Congress and has the support of the entire Montana delegation, including Sen. Steve Daines.

"Steve is hopeful that this legislation will move through the legislative process soon and be signed into law this Congress," said Julia Doyle, his press secretary, in an email.

Once Congress gives the green light, the doors would be open to seek government funding to cover 65% of the costs. Another 17.5% would come from Montana’s regional water trust while the water authority would take out loans to be repaid by customers for the other 17.5%.

The well to be drilled near Garneill would be the third one punched into the valley floor between the Little Belt and Big Snowy Mountains. The first well was drilled near Utica, followed by another near Ubet.

The well at Garneill has the potential to more easily supply water to the community of Harlowton and towns in between because it’s closer, according to Church.

Harlowton has water that, although it meets state water quality standards, it has left some residents with smelly homes. What’s more, the town is burdened with leaky pipes, some of which wind through a toxic groundwater plume of diesel fuel left by the old Milwaukee Railroad.

“According to the feasibility report conducted for the water supply project (by the Bureau of Reclamation in 2015), rural residents must haul water or rely on inadequate groundwater for their drinking water,” the EA stated. “Groundwater from the shallower groundwater sources used must be treated. The surface water sources are limited, susceptible to drought conditions, and require costly treatment methods. There is also limited availability for water rights in the area. Due to climate change, the recharge rate of the current aquifer being used is expected to decrease, affecting the future quantity of water available to the community. The Town (of) Harlowton and rural users rely on wells with low production and poor quality with poor-quality water sources and sources that are susceptible to drought conditions. “

If approved, drilling could start as soon as Aug. 15 and wrap up in mid-October. The EA stated, “If production of 1,200 (gallons per minute) cannot be obtained, acid fracture techniques may be used to increase the flow.”

Acid fracturing involves injecting a solution of 20 percent hydrochloric acid into “the well to dissolve materials in the rock, such as limestone, to increase the size of openings and allow more water to flow. If acid fracturing is used, well discharges would be collected and trucked to a permitted, off-site disposal area.”

To ensure the well can supply enough water, a test would be conducted to pump “up to 5.2 million gallons of groundwater (about 16 acre-feet) … The average annual recharge in the aquifer is 235,000 acre-feet per year.”

A grant from the Corps of Engineers and the state is paying for the well.

The public can provide comments on the draft environmental assessment, which is available for viewing at: www.nwo.usace.army.mil/Missions/Civil-Works/Planning/Project-Reports/. Comments can be mailed to: U.S. Army Corps of Engineers, Omaha District; CENWO-PMA-C; ATTN: Chris Weber, Judith Basin Well EA; 1616 Capitol Avenue; Omaha, NE 68102-4901. Comments can also be emailed to: cenwo-planning@usace.army.mil. Comments must be postmarked or received no later than Aug. 9, 2019.

Two of Fort Peck Dam’s spillway gates were opened 1.6 feet on Monday to begin evacuating water from a reservoir that has climbed to an elevati…

An Arizona man has been sentenced to 10 years in prison after he admitted to driving 34 pounds of methamphetamine to Montana to sell in Billings.

A Denton farmer is suing Monsanto, claiming his cancer came from decades of using the herbicide Roundup.

After Basin man's death, court vacates sentence in Waters of the U.S. case

Several months after his death, the U.S. 9th Circuit Court of Appeals has vacated the sentence of a Basin man convicted of federal charges he polluted waters of the United States.

About 6,000 rural Montanans are one step closer to having high-quality well water available to their homes and businesses. 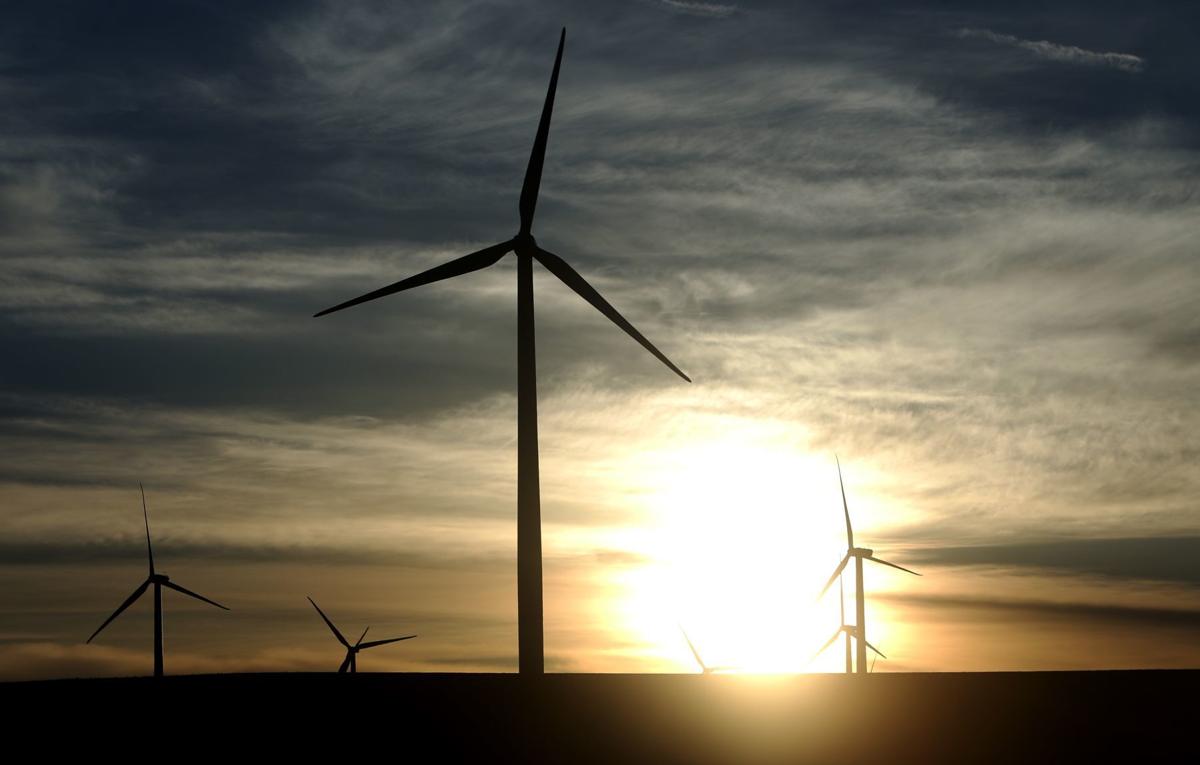 A wind farm in the Judith Gap area. 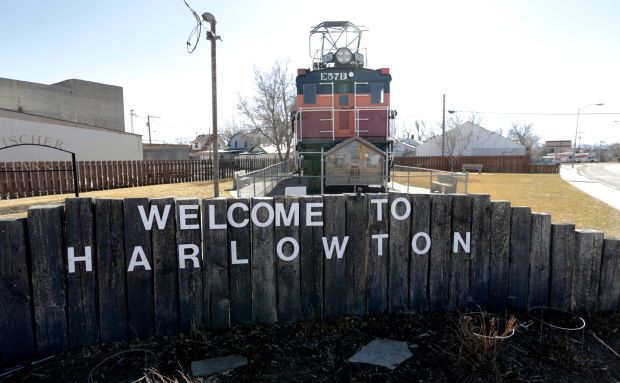 Phase one of the project would supply drinking water to the community of Harlowton and towns in between the well and community.