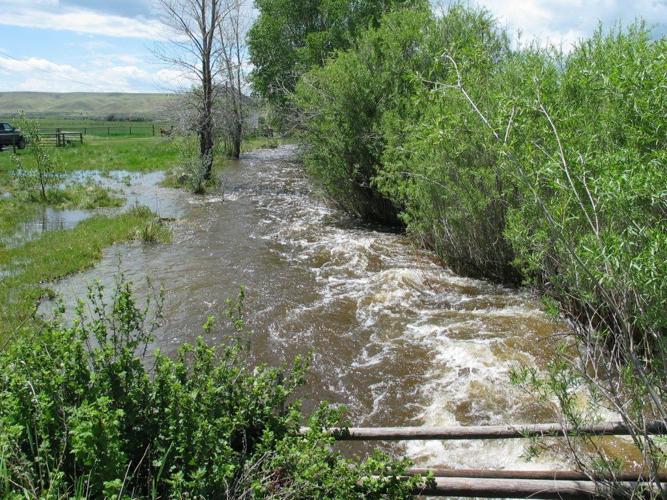 Indian Creek is shown on June 7, 2006, flowing over its banks at Bill Fraser's property in the Ruby Valley. 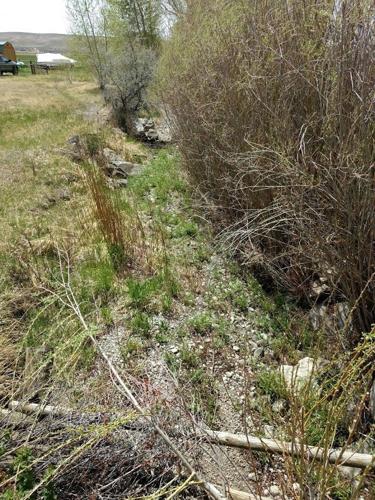 This photo shows Indian Creek on May 31, 2021, with no water in it at Bill Fraser's property. 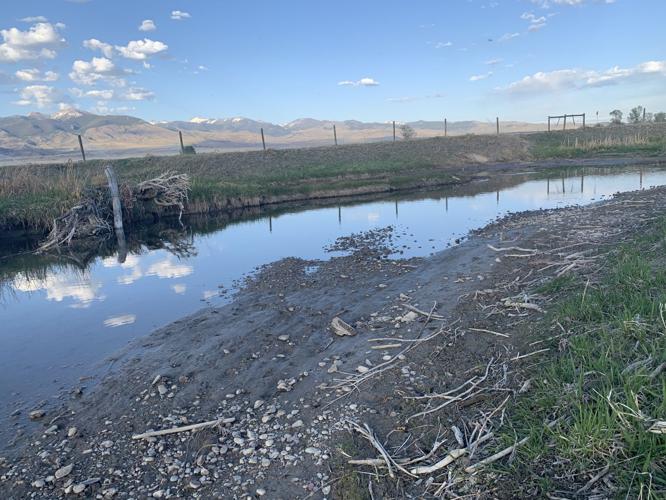 The Ruby River near Twin Bridges in May, 2021, a few days after it reached a flow of just 8 cubic feet per second and the lower section was subsequently closed to fishing by Montana Fish, Wildlife & Parks.

In 1869, when William Tiernan filed for a homestead in the Ruby Valley, Montana was still 20 years from becoming a state.

Yet his actions, and the nine others who owned and then sold the property, are a point of contention in a water rights case that could have statewide implications in what one of the participants has classified as a David vs. Goliath battle.

Landowner Bill Fraser has claimed that 34 acres of the same land Tiernan settled back in 1869 comes with stock water rights to Indian Creek, a tributary to the lower Ruby River. Contesting Fraser’s claim is Beau Bradley, owner of Bradley Livestock and an upstream water user.

In 2017, the Montana Legislature passed House Bill 110, sponsored by Rep. Bradley Hamlett, D-Cascade, that allowed property owners to file a claim for exempt water rights. The Department of Natural Resources and Conservation defined exempt water rights as those in existence before July 1, 1973.

“Water rights in this time period were exempted from two previous mandatory claim-filing periods which took place in 1982 and 1996,” the DNRC explained on its website. “Exempt water rights are for livestock and individual domestic uses based upon instream flows or groundwater sources only – they do not include rights for irrigation, diverted stock water from ditches or reservoirs, or commercial and municipal wells.”

As a result of the legislation, more than 25,000 new claims were filed with the state. A DNRC spokesperson had no comment on the current litigation and whether a ruling could affect HB 110.

In contesting Tiernan’s water claim, Bradley’s Bozeman attorney, Michael Cusick, argued in court filings that as the property was transferred through several landowners’ hands over the years, and any claim to water in Indian Creek was not conveyed, pointing to a 1916 land sale that mentions water from the Ruby River and “from no other source.”

The 1916 sale effectively pushed Fraser’s water rights back to that year, Cusick argued in seeking a declaratory judgment in March.

Following the “high water season,” Fraser should also be denied from placing a call on junior water rights, Cusick claimed.

Fraser’s Missoula attorneys, Graham Coppes and Emily Wilmott, called Bradley’s assertions about the broken chain of title to the water “a single false premise and legal fallacy.” They go on to state that Bradley’s argument “erodes beneath the great weight of Montana law that existed in 1916, the Montana Supreme Court’s numerous decisions interpreting the law that existed at that time, and the simple fact that neither the early settlers, nor their lawyers, had any ability to conceive the evolution of Montana law a century later.”

They go on to argue that “in-stream stockwater rights are a creation of modern statute and did not exist, as a matter of law, at the time the deeds in question were drafted or the decree was issued.”

Such water rights are all the more important as Montana and the rest of the West struggles with over-allocation of water amid a long-term drought. Last May, 14 miles of the Ruby River was closed to fishing after flows dropped at a time of year that used to see spring runoff from mountain snowmelt. Last year, however, the mountains that feed the Ruby contained only 62% of the snowpack seen in the past 40 years.

As of mid-May this year, the Ruby River near Twin Bridges was running at 12.6 cubic feet per second (cfs). The median flows over the past 34 years for that water gauge is 123 cfs.

Bradley’s attorney has attached previous Water Court rulings to court filings contesting Fraser’s claim, including one from 1905 where it stated that even back then, Indian Creek went dry by mid-July two miles upstream from the property Fraser now owns.

Fraser is hoping the Water Court will recognize his right as the oldest on Indian Creek. If that happens, upstream users like Bradley would have to give up their use until Fraser’s water request is satisfied. That’s how the legal case arose. In August 2021, Fraser filed a dissatisfied water user complaint against the water commissioner for not delivering stockwater under his priority water right.

Bradley intervened in the complaint, seeking to have it dismissed. In November 2021, the case — at Fraser’s request — was moved from District Court in Madison County to the state’s Water Court “to determine the validity and enforceability of his stockwater claim.”

If he loses, Fraser’s attorneys said in their court filings that the Legislature’s intent under HB 110 would be “invalid unless they are specifically mentioned in a prior deed or decree. This cannot be what the legislature envisioned when it authorized individuals, like Mr. Fraser, to claim water rights which had forever-before been exempt from filing.”

Any ruling is also important since Indian, Mill and Wisconsin creeks are three of the main tributaries to the lower Ruby River. All are severely dewatered, Fraser said, with Indian Creek one of the worst.

In 1870, Montana’s Territorial legislature passed its first irrigation statute. The idea was to “limit the right to appropriate water for irrigation purposes to persons or corporations having title to, or possession of, agricultural lands.”

Back then, all that was required to acquire a water right was to dig a ditch from a stream and use the water for “beneficial use.”

By 1885, the process was changed when all a landowner had to do to claim a water right was to “post a notice at the point of intended diversion, including information about the diverter, and, within twenty days thereafter, filing a notice of appropriation with the county clerk,” Missoula attorneys Graham Coppes and Emily Wilmott noted in a recent Water Court filing.

Upper Missouri runoff only 79% of average through May, Corps reports

Spring moisture boosted runoff in the upper Missouri River Basin, but the volume of water coursing downstream is still only 79% of average.

Unbelievable! This is the moment after a gunman opened fire in a crowd in Philadelphia

Indian Creek is shown on June 7, 2006, flowing over its banks at Bill Fraser's property in the Ruby Valley.

This photo shows Indian Creek on May 31, 2021, with no water in it at Bill Fraser's property.

The Ruby River near Twin Bridges in May, 2021, a few days after it reached a flow of just 8 cubic feet per second and the lower section was subsequently closed to fishing by Montana Fish, Wildlife & Parks.