CROW AGENCY — Gary Whiteman, a resident of Crow Agency since the 1970s, pulled dinner out of the Little Bighorn River for himself and his grandson last Thursday.

The same river that delivered the giant catfish has also delivered the 59-year-old's drinking water since he was his grandson’s age. Just upstream from where Whiteman and 8-year-old Nacoma Jefferson were hooking catfish, a facility was taking in river water to be treated and distributed to about 1,300 people living in and around Crow Agency.

Two facilities treat the water flowing from the Little Bighorn River, one managed by tribal authorities and the other by the Bureau of Indian Affairs. The plants are the only ones of their kind throughout the entire Apsáalooke Nation. Although he has lived through multiple boil orders (at least two were ordered by tribal officials just in 2020) and complete shutdowns of water flow from the plants, Whiteman said he’s still happy with the tap water in his home, where he’s lived for the past 20 years.

“I’m lucky, especially when I talk to people who have a well or cistern,” he said.

The majority of the tribe's population lives only a few miles outside of Crow Agency; roughly 6,500 people who only have themselves to rely on for a clean glass of water. A recent agreement between the Crow Tribe and the federal government has laid the foundation for a treatment plant on the Bighorn River. The subsequent installation of pipes from the plant will supply water to the entire reservation, where around 80% of tribal members have gotten their water from a well or cistern for decades.

The Indian Health Service will install a well or cistern for any tribal member on their property free of charge. The same organization reports that about 7,100 homes for American Indians and Alaska Natives lack access to clean drinking water, or proper sewage facilities. As part of its role in providing health care to more than 2.5 million Indigenous people, the IHS Sanitation Facilities Construction Program has played a critical part in forming the water infrastructure in their homes. The program provides funding for hundreds of sanitation facilities in Indian Country annually. Those facilities include water supply systems, but a chronic lack of financial support has created a long backlog of services needing implementation.

Once a well is installed by IHS, the quality of the water can still fluctuate. Untreated well water can serve as a depository for bacteria, heavy metals and nitrates from the surrounding soil, products of the agriculture industry across the reservation and Big Horn County. Should the water become contaminated, or the well run dry, it’s on the property owner to cover any future costs.

Frank White Clay, elected as tribal chairman in December 2020, said he grew up in Crow Agency with a cistern system. Now 38, he hauls his water in from a pump station in Hardin 13 miles away.

“With the IHS program, where they drilled the water well, it was very minimum drilling until they hit first water … A lot of the [water] systems on the reservation are very similar in that they’re either wells or cisterns,” he said.

“Then there are folks who have no water at all. Their well went dry, or their pumps quit on them…These are elder folks, the young and everyone in between, where the infrastructure just isn’t there for them,” he said.

Promises of drinking water flowing reservation-wide go back more than three decades for the Crow. In exchange for the millions of acres of land taken from Indigenous people, the federal government is trusted to provide Indian Country with adequate services for tribal members to lead healthy lives.

In 2012, the tribe entered into the Crow Tribe-Montana Water Rights Compact, involving the Apsáalooke Nation, the State of Montana and the federal government. The compact followed the Crow Tribal Water Rights Settlement Act of 2010, which authorized more than $460 million for the reservation's drinking water and irrigation infrastructure.

Planning and design of the various sites fell to the Bureau of Reclamation, an agency within the Department of the Interior tasked with overseeing water development projects throughout the Western United States.

Since its formation in 1902, the bureau has partnered with tribes on several high-profile construction projects. In the spring of this year, a consortium of 21 tribes in Arizona entered into an historic memorandum with the bureau in regard to managing the Colorado River.

Three years after entering into the compact, the BoR and the Crow Tribe announced plans for hydropower development at Yellowtail Afterbay Dam, just downstream from Yellowtail Dam. An agreement between the Crow Tribe and BoR signed the following year laid the foundation for the tribe to utilize the water stored at Bighorn Lake near Fort Smith.

Although the tribe broke ground on several projects planned by the BoR in the years immediately following the compact, progress came to a halt by the middle of the previous decade.

As of March 2017, the Crow Tribe had withdrawn about $45 million of the $260 million set aside by the BoR for the purpose of Crow water projects, the Gazette previously reported. At least 18 projects were completed, according to the BoR, with the costs for each ranging from $20,000 to $2.5 million. All were related to the Crow Irrigation Project, launched more than a century ago and built to bring water to both tribal and non-tribal farmland on the reservation.

In 2018, a federal audit showed millions of dollars had gone unaccounted for, and Crow tribal officials started pointing fingers. According to the investigation by the Department of the Interior, nearly $8 million was lost, and neither the BoR nor the Crow Tribe could answer for it.

Part of the new memorandum has the BoR assuming complete financial responsibility, should another federal audit be held. Thor Hoyte, consul for the Crow Tribe, said the bureau is functioning as a general contractor throughout the process of building the millions of dollars’ worth of projects.

Chairman White Clay, who said “transparency” would be a watchword for his administration, told the Gazette that the memorandum with the BoR puts in place safeguards to ensure that an audit like the one published in 2018 will not find anyone at fault.

“It’s time we got things started,” he said.

After the arrival of new tribal administration at the end of 2020, leadership entered into a memorandum of understanding in February of this year with the BoR in order to galvanize the stalled projects.

“I wanted to create a relationship with the powers that be, with the Bureau of Reclamation, to kickstart a lot of these water projects within the reservation, to fast track all of them,” White Clay said.

“The projects have been at a standstill for the last four years,” said Shane Schieck, a civil engineer with the bureau who has worked with the Crow Tribe since 2013.

“What we’re going to build is a wider regional treatment facility that will replace the ones now that only serve Crow Agency … The immediate goal is clean water for the children on the reservation, and to do that, we’ve cited the Yellowtail Dam as the place for a new water treatment plant,” Schieck said.

Schieck said the tribe and the BoR are still in the design process for the water treatment plant, but have a tentative date to break ground by the late fall or early winter. With a construction window of about 18 months, he said the intent is to bring treated water into the homes of Crow families living “from Pryor to Wyola.”

“The other thing we’ll be working on is the pipeline, and a big part of that effort is getting the right-of-way for our pipelines to run through property,” he said.

In the language of the memorandum, the priorities of the projects will remain to supply clean drinking water to the reservation, provide employment for tribal members and improve irrigation for farmers on the reservation.

Photos: Water on the Crow Reservation

A breached oil pipeline has spilled an undetermined amount of crude on the Crow Indian Reservation and may have been leaking for months before it was discovered, a tribal official said Wednesday.

Two women who had custody of 6-year-old Mildred Old Crow were named Thursday as suspects in her death.

The festival, sidelined last year due to COVID-19, is giving a much needed boost to the morale and local economy of the area. 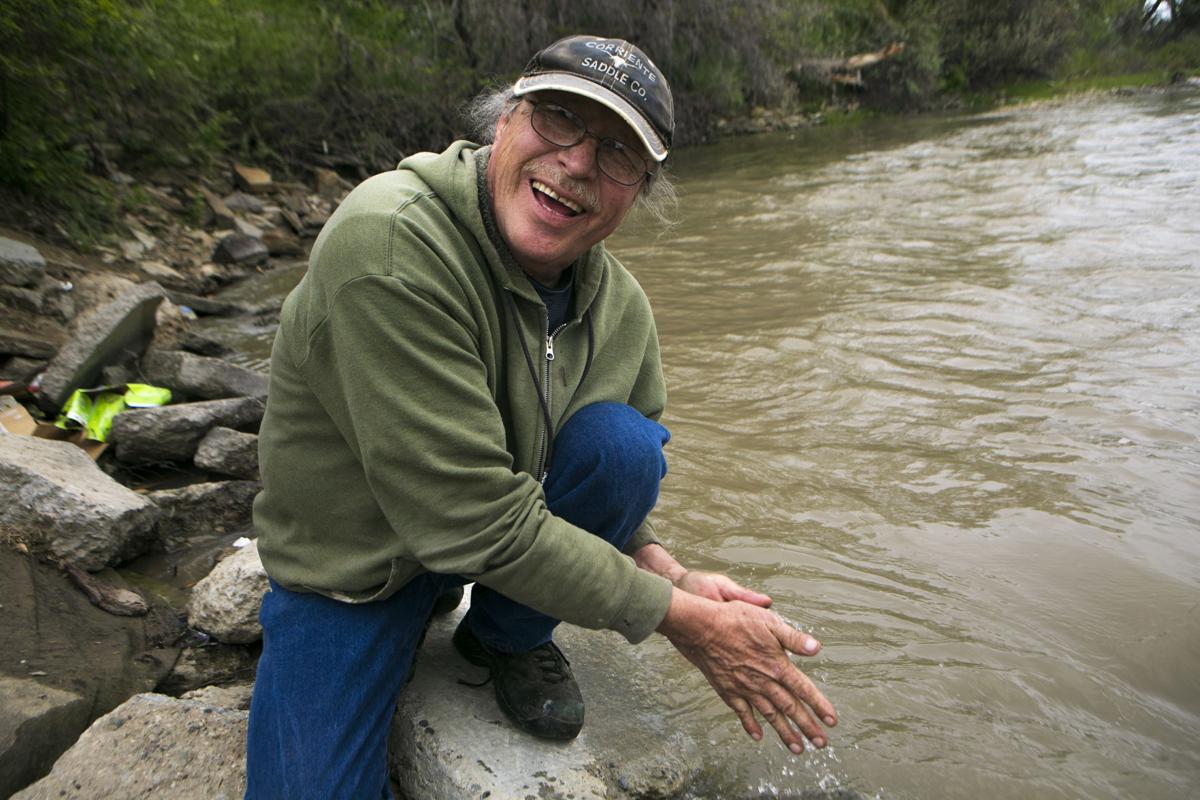 Gary Whiteman, of Crow Agency, washes his hands in the Little Bighorn River on the Crow Indian Reservation while fishing with his grandson Nacoma Jefferson recently near one of the area’s water treatment facilities. Whiteman said he considers himself fortunate to have grown up in Crow Agency, which is the only spot on the reservation that has water treatment. Areas outside of town rely on cisterns and wells. 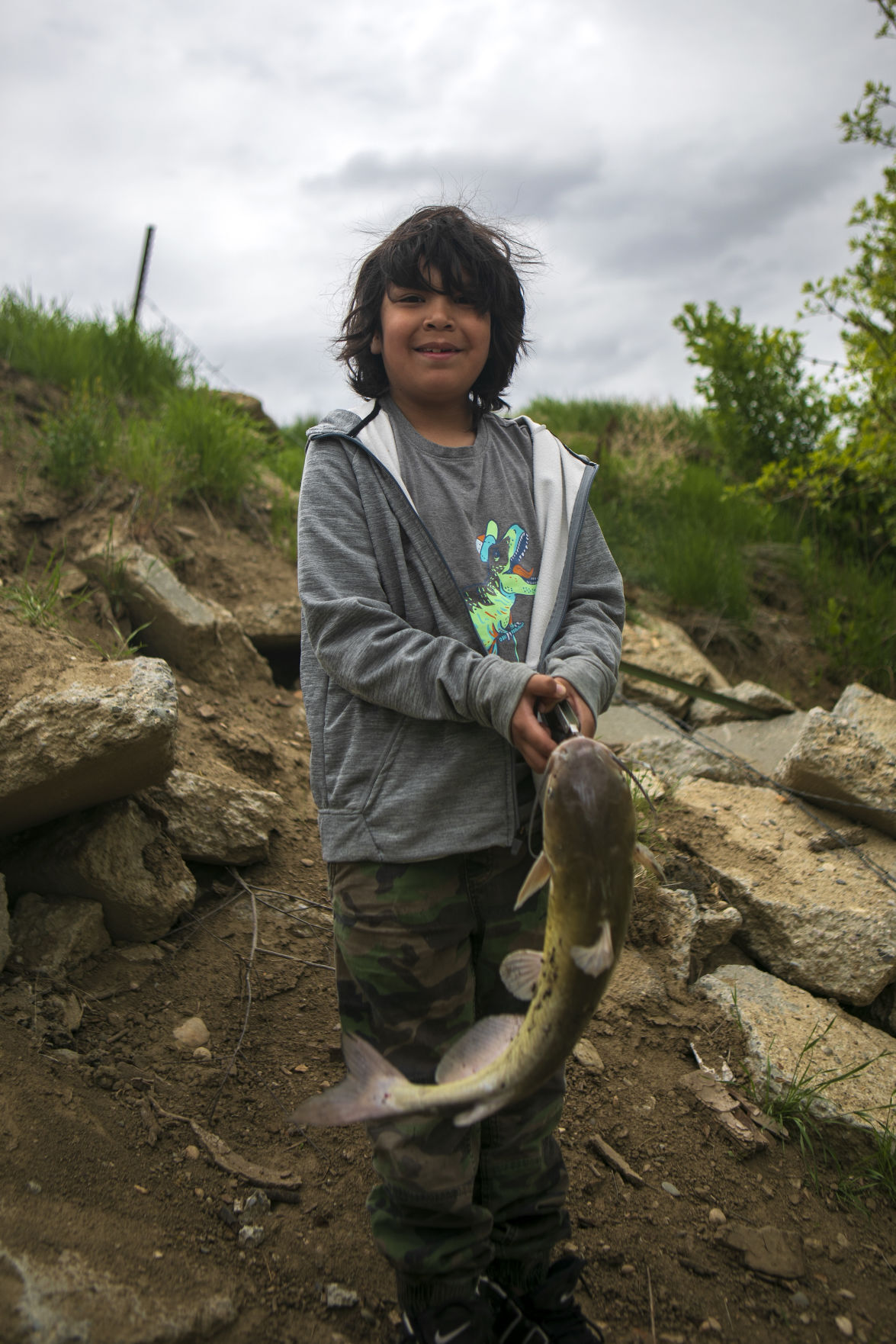 Nacoma Jefferson, 8, holds up a fish he caught while out with his grandfather on the Little Bighorn River on the Crow Indian Reservation on Thursday. 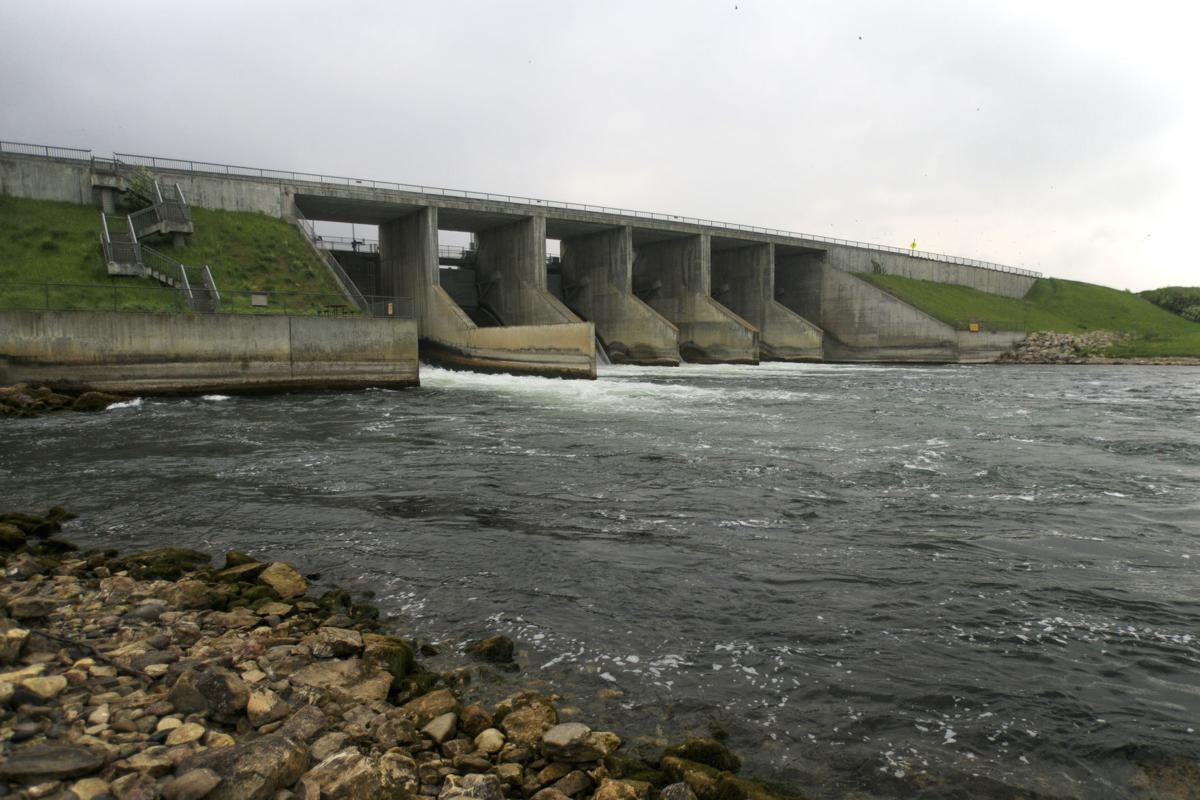 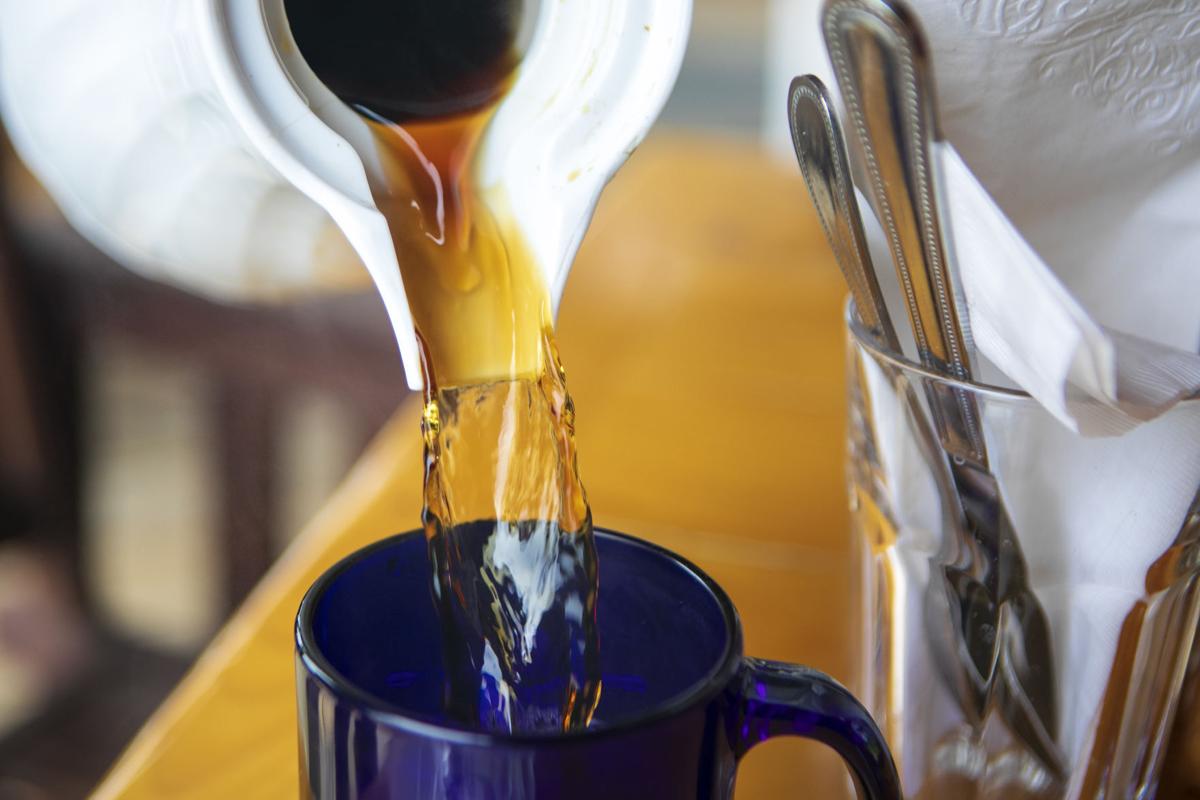 Coffee is served at Custer Battlefield Trading Post and Cafe on the Crow Indian Reservation Thursday, May 20, 2021. The owner of the cafe said water can become a scarce commodity on the reservation, and that the restaurant is forced to haul water from Hardin multiple times a year. 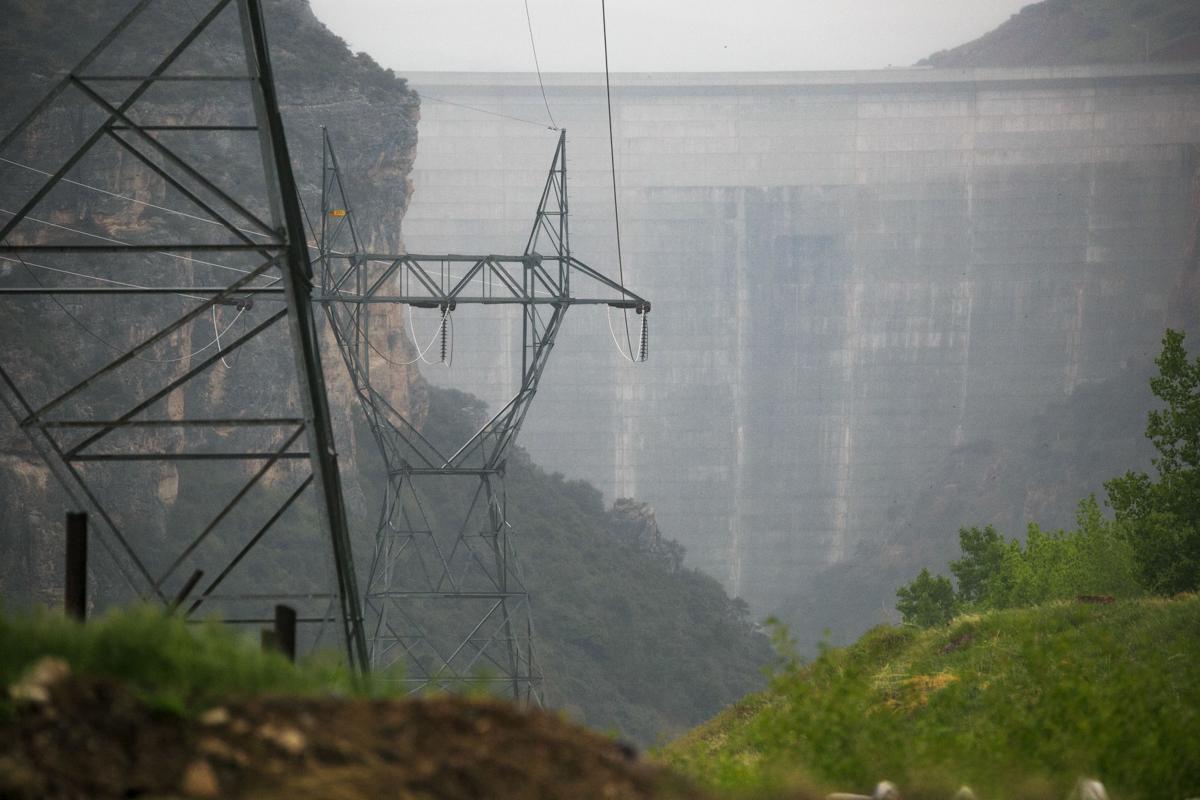 Power lines run from the Yellowtail Dam on the Crow Indian Reservation during a rainy afternoon Thursday. 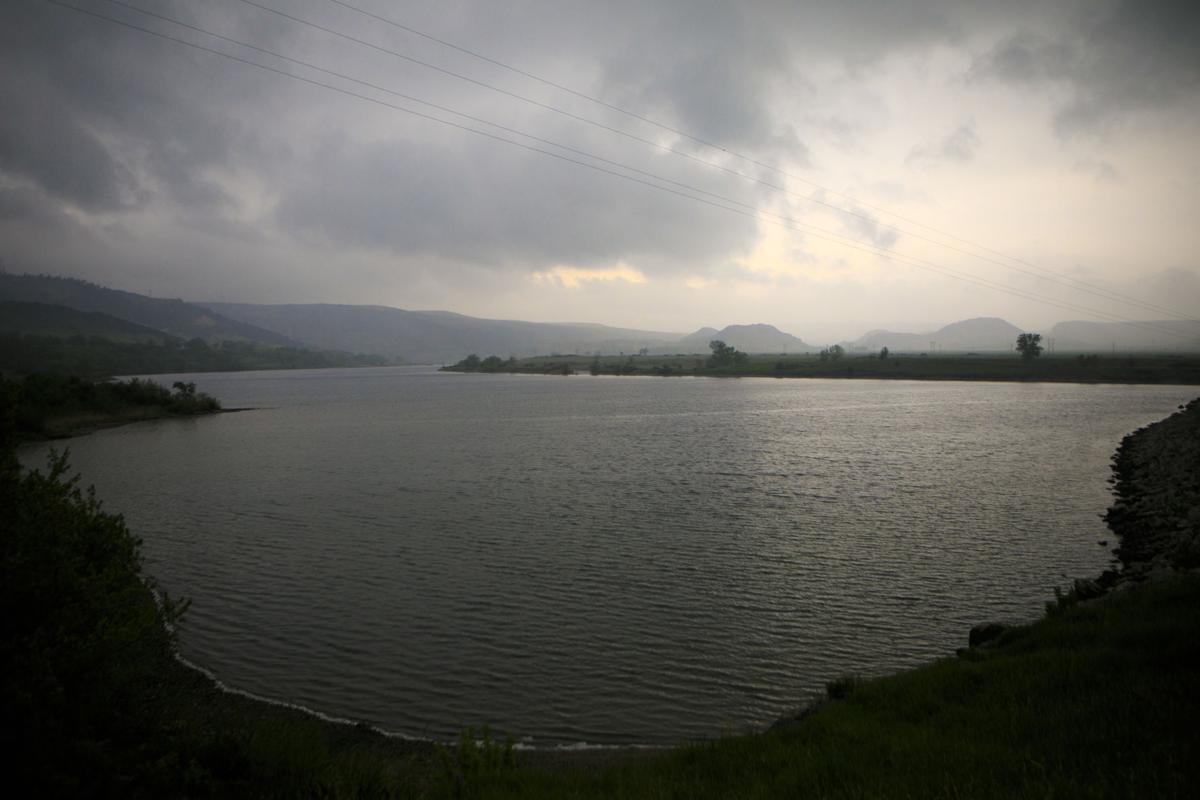 Rain clouds pass over the Afterbay area of the Bighorn River downstream from the Yellowtail Dam on the Crow Indian Reservation Thursday, May 20, 2021. The area in Fort Smith is the proposed future site of a water treatment facility that would serve the entire reservation. 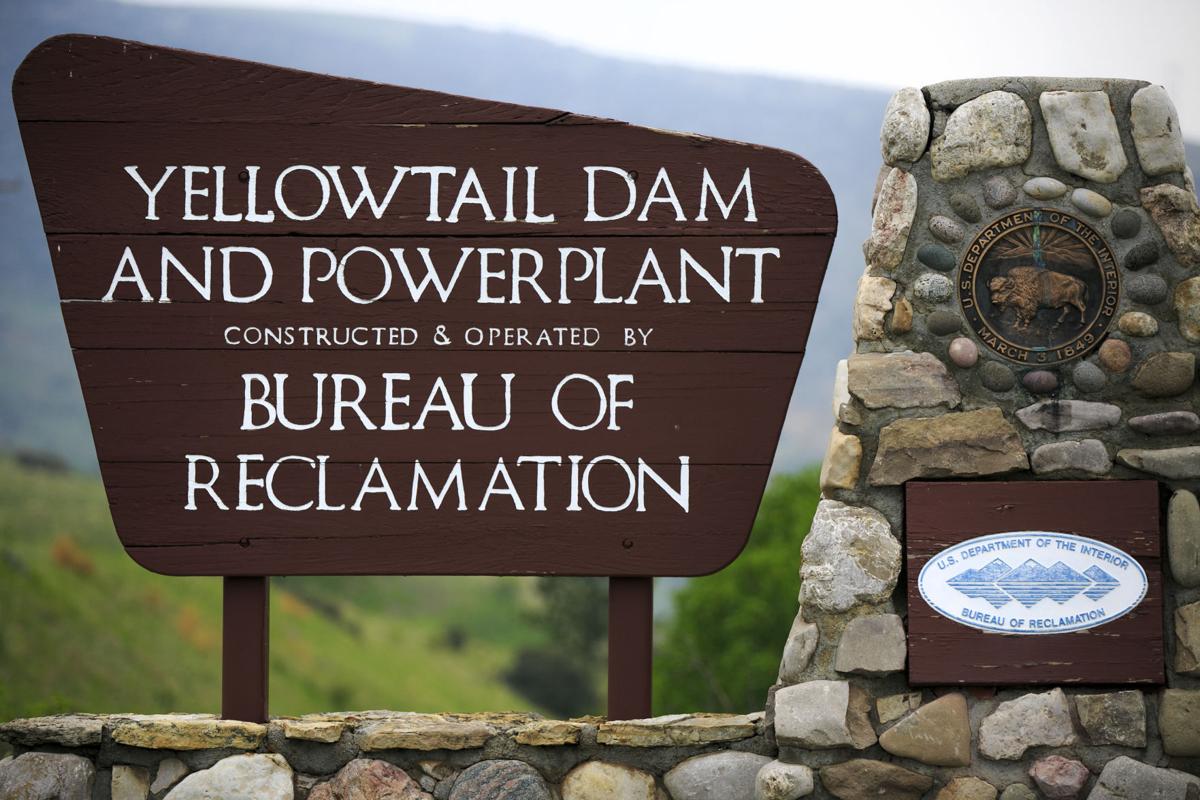 A sign for the Yellowtail Dam is posted in Fort Smith on the Crow Indian Reservation Thursday, May 20, 2021. The area is proposed as the future site of a water treatment facility that would serve the entire reservation. 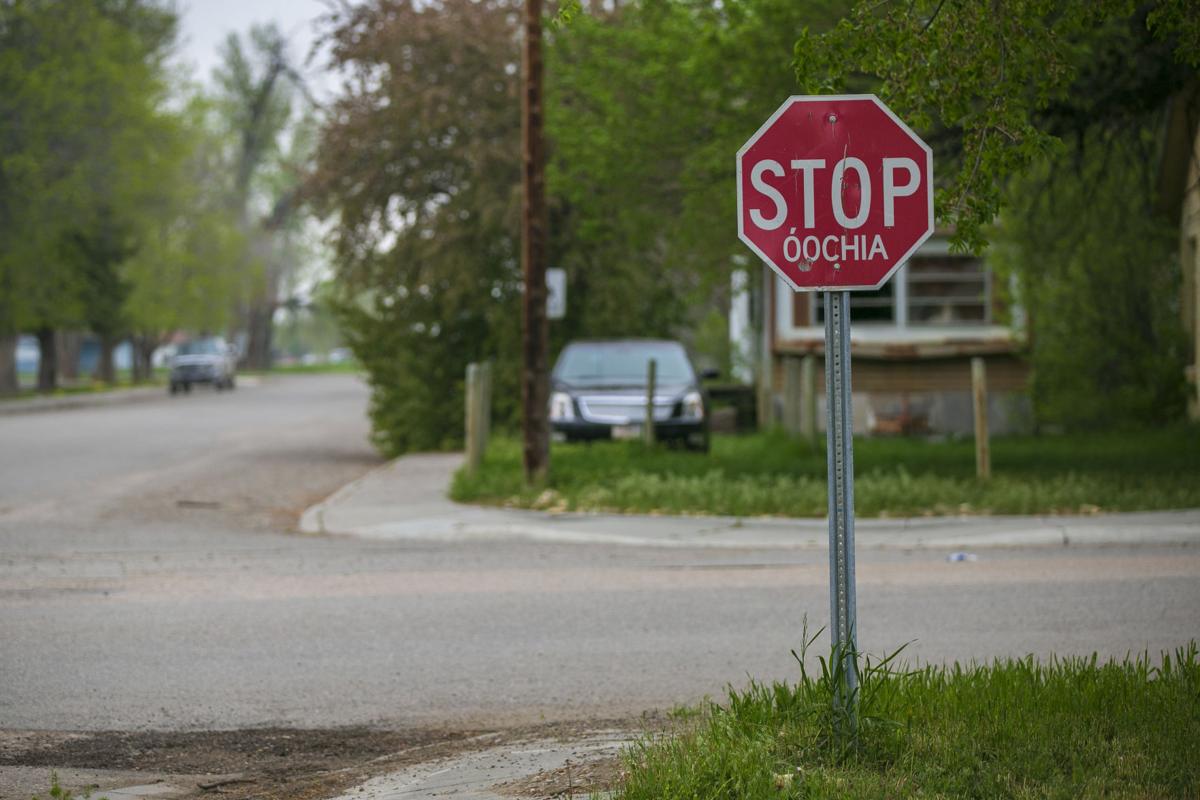 A stop sign in Crow Agency features the Crow word for “stop” Thursday, May 20, 2021 on the Crow Indian Reservation. 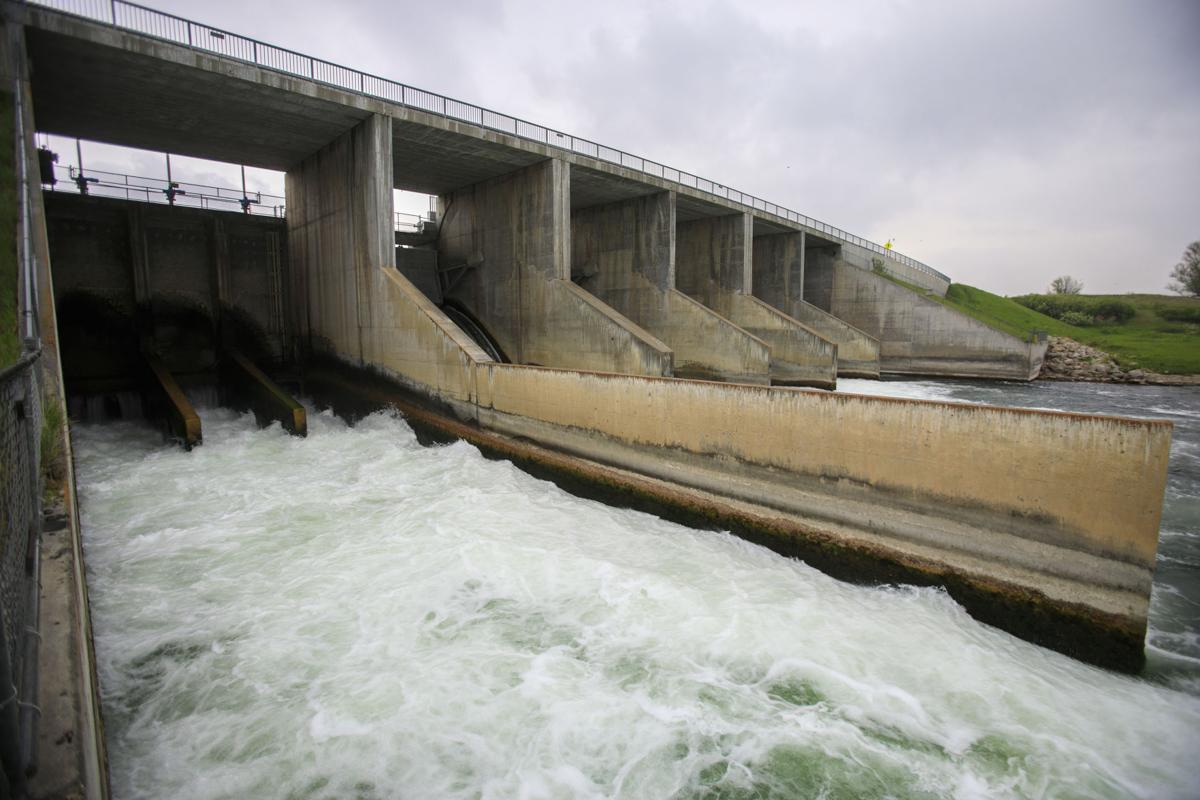 The Bighorn River pours through the Yellowtail Afterbay Dam on the Crow Indian Reservation.