The unusual claw of a 3-foot-long dinosaur, which went extinct about 66 million years ago, has been unearthed in Montana — the largest specimen collected from the species so far.

The fast, long-legged bird — which he named Trierarchuncus prairiensis — had short, strong forelimbs tipped with a large claw next to two smaller claws. One theory is the claws — coupled with the strong, tiny arms — were used to tear open logs to reach grubs to eat.

Earlier speculation was the claws may have been used to tear open termite mounds. The fact that the dinosaur ate insects is manifested by its peg-like teeth, similar to an aardvark’s.

Fowler imagines the dinosaur using its long hind legs to quickly flee an angry group of bees after breaking into a nest to feed.

“Finding one here in Montana was pretty cool,” said Greg Liggett, a paleontologist for the Bureau of Land Management in Billings. “From a BLM perspective, what this shows is that, even after 150 years of studying dinosaurs in the American West, there are still new ones.”

“No one really knew what they were until the early ‘90s,” Fowler said, because only pieces of the animals in the alvarezsaurid family had been unearthed in South America and Asia.

Then in 1993 a more complete, 70-million-year-old fossil was found in Mongolia, where it was named Mononykus, meaning one claw.

“The Mongolian fossils really taught us what they were,” Fowler said.

For the odd-looking critter found in Montana’s Hell Creek Formation, Fowler devised an unusual name. Trierarch is Greek for a seafaring ship's captain. Uncus is Latin for hook. Combine them and you have Captain Hook, a reference to the pirate made famous in the “Peter Pan” fairy tale.

Prairiensis means of the prairie, referring to the area in Eastern Montana where the newest discovery was made on Bureau of Land Management property within the American Prairie Reserve. Put it all together and you get Captain Hook of the Prairie.

“He named it very cleverly, I think,” Liggett said.

For some reason this species of dinosaur is missing from the North American fossil record until about 68.5 million years ago. In 2009, pieces of a new alvarezsaurid discovered in Alberta in 2002 were first recognized.

“At the end of the Cretaceous, they end up in North America,” Fowler said.

Still uncertain is where they came from. Was it from South America, where the oldest remains have been found, or was it from descendants of the Mongolian species?

“What’s interesting is that regardless of that, it was able to eat no matter where it came from,” Fowler said. “It was a pretty adaptable little guy.”

Fowler came across alvarezsaurids while still a student at Montana State University doing his doctoral research. In the school’s fossil collection he found a tiny claw and became curious.

“This thing is so distinct there has to be more of them,” he recalled thinking.

Then he found another, smaller one in the collection. He asked a fellow researcher what the claws came from, and the guess was alvarezsaurids.

Fast forward to a recent triceratops dig where one of the team members unearthed another alvarezsaurid claw.

“So that gave us a growth series,” Fowler said, three claws from different-aged dinosaurs.

Claws from the other fossil discoveries seem to show how they changed over time, becoming more robust, wider and with a larger blood source, Fowler said.

“This is the last of its kind,” he said of Trierarchuncus prairiensis. “It might be the most highly evolved of the alvarezsaurids. It wouldn’t have looked terribly different from Mononykus. A little bigger.”

An ordinary hill along the east side of Montana’s Rocky Mountain Front has once again produced extraordinary fossils.

When John Jones and his crew at Half Yard Productions conceived a new television series on fossil hunting in the West, the hook turned out to …

Growing up in Havre and then working a cattle ranch with her husband for 62 years, Carol Chagnon gave little thought to the idea that dinosaur…

'Montana is a hotbed for T. rex,' but researchers are unsure if partial dinosaur skull is one of them

Does the partial skull of a dinosaur unearthed this summer, north of the Eastern Montana town of Jordan, belong to a young Tyrannosaurus rex, that huge meat-eating dinosaur that has fueled many dark dreams, or a Nanotyrannus, a smaller, more nimble species?

The oldest mammal footprints ever found along a beach — dated to about 58 million years ago — have been identified in south-central Wyoming rock. 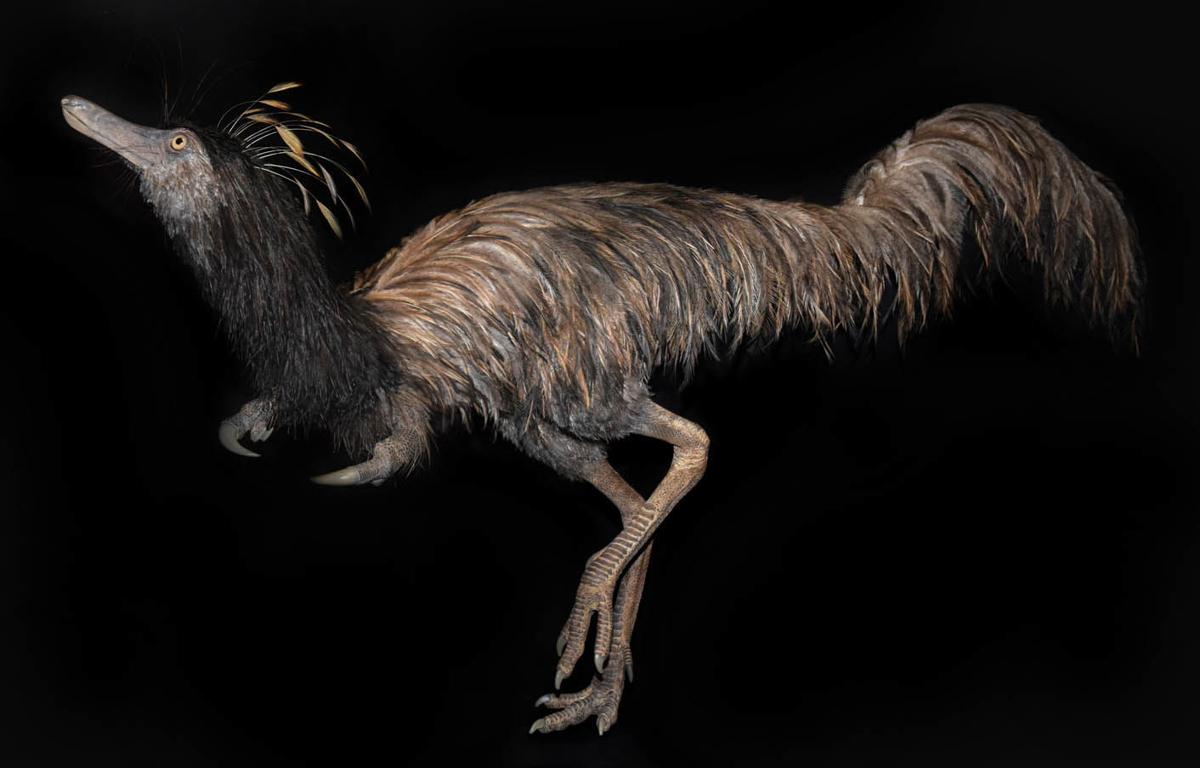 This life-size model of Trierarchuncus prairiensis was sculpted by Boban Filipovic and is on display at the Badlands Dinosaur Museum in Dickinson, North Dakota. 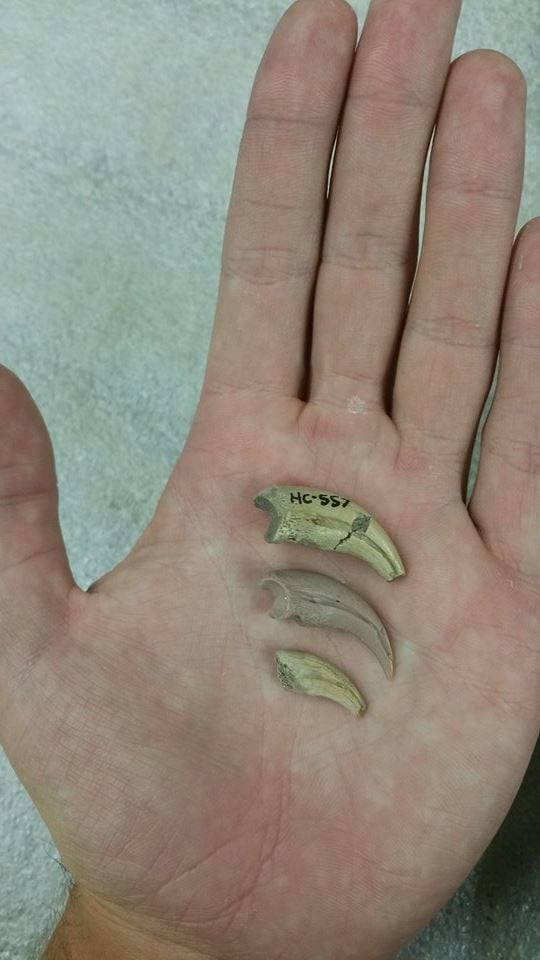 The three claws found in Montana with a hand for scale.

All of the specimens were collected from the prairie badlands of eastern Montana.

One of the new claws is almost complete, and shows that alvarezsaurid thumb claws were more curved than previously assumed.