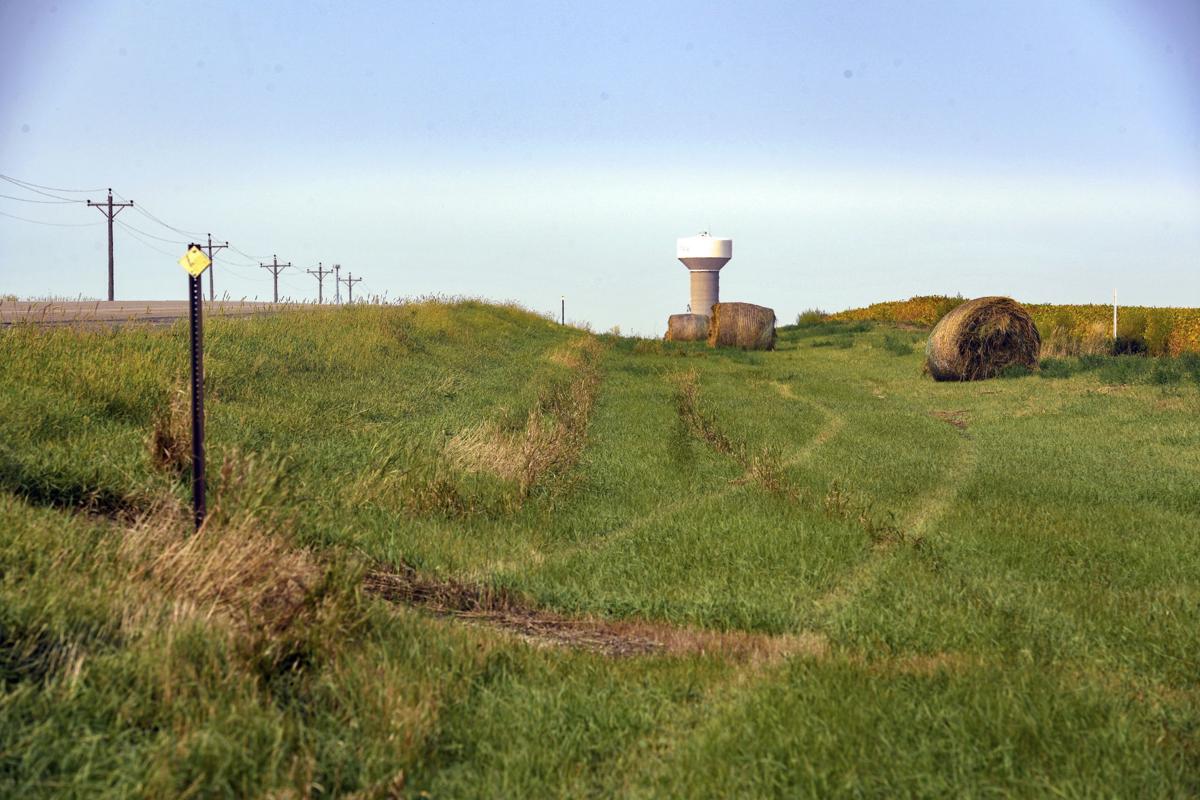 Tire tracks are visible on the side of the highway on Monday, Sept. 14, 2020 where Joe Boever's truck sat Saturday night when he was killed while walking back to the vehicle outside of Highmore, S.D. For South Dakota Attorney General Jason Ravnsborg spending Saturday driving hundreds of miles on the state’s roads was not unusual. But by Sunday, it was clear that his latest trip was anything but routine — an investigation was underway that would later reveal he struck and killed a man walking along a rural stretch of highway. 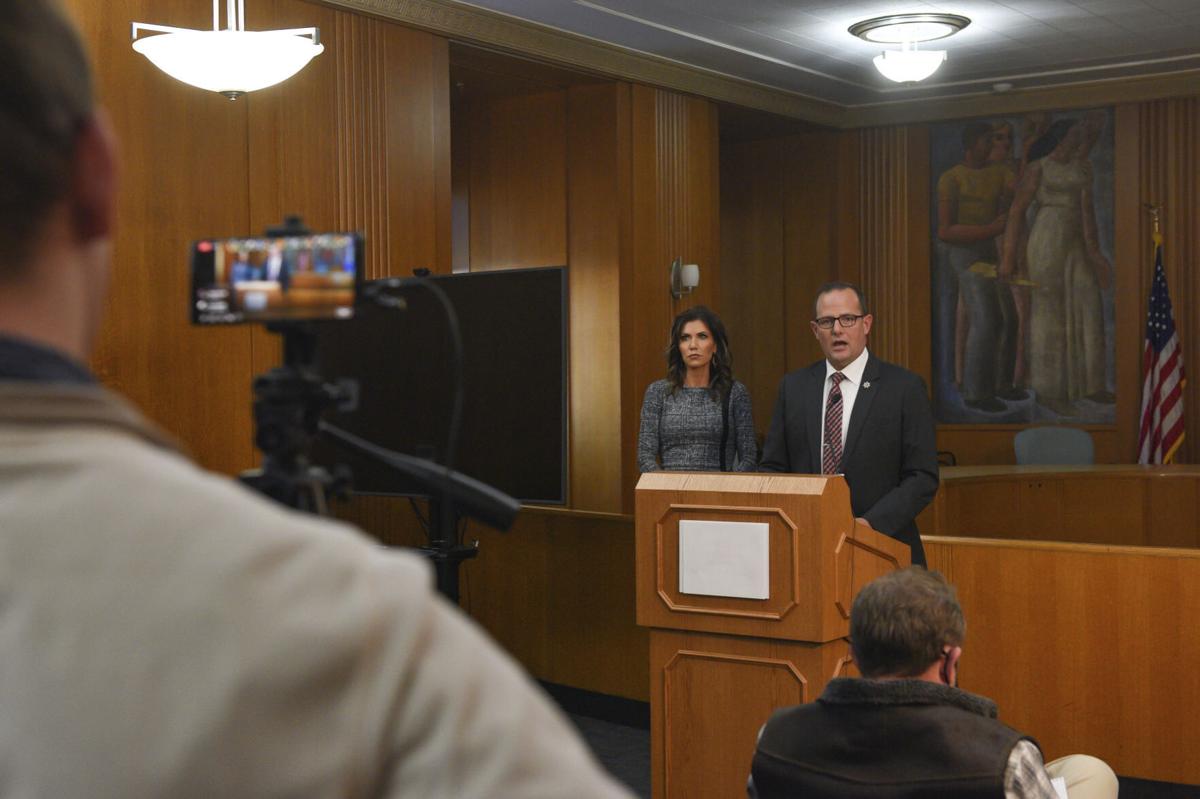 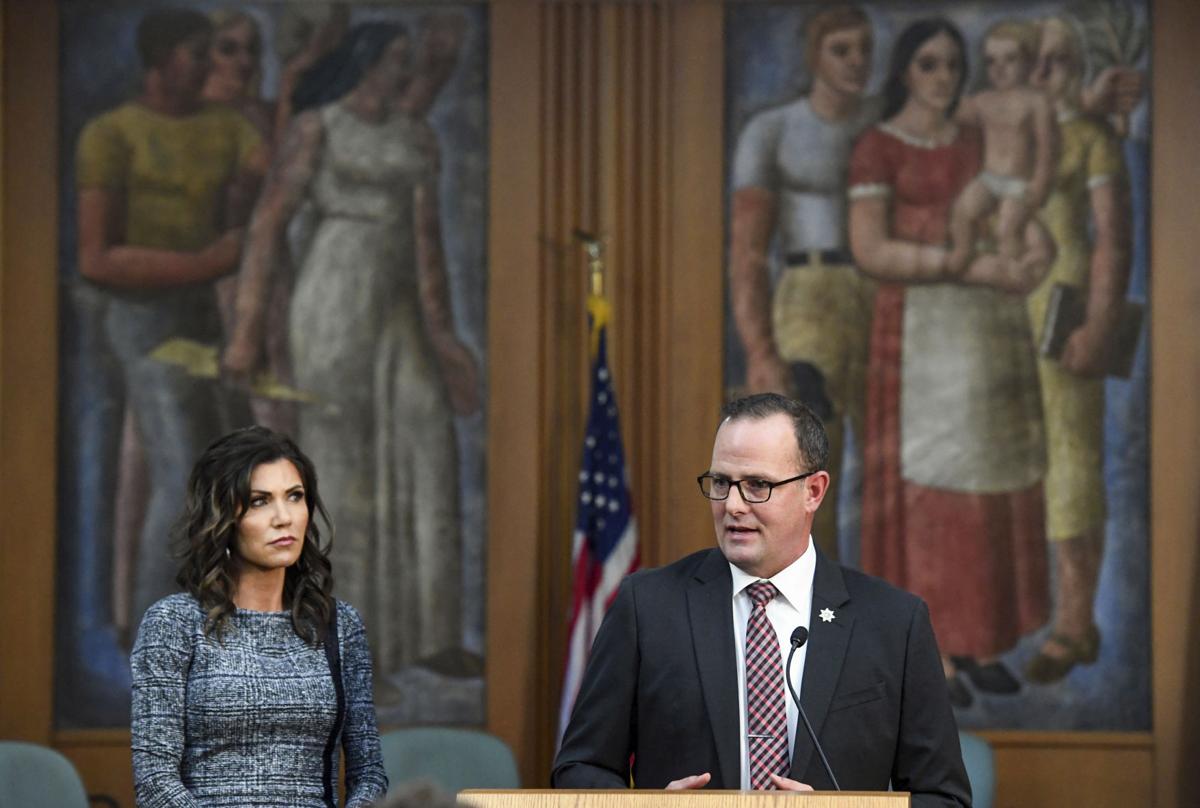 SIOUX FALLS, S.D. — South Dakota Attorney General Jason Ravnsborg told a 911 dispatcher that he had hit “something” in the middle of the road the night he struck and killed a pedestrian, according to a recording of a 911 call authorities released Tuesday.

When a 911 dispatcher asked if could have been a deer, Ravnsborg said at first, “I have no idea" before adding “it could be.”

The 911 recording was released as state officials gave an update into the ongoing investigation into the Sept. 12 crash, in which the attorney general killed Joseph Boever, 55. Officials said a toxicology report taken roughly 15 hours after the crash showed no alcohol in Ravnsborg's system. But even someone who had been drinking heavily would not have alcohol show up in their system 15 hours later, according to Ernest Lykissa, the lab director of a toxicology lab in Texas called ExperTox.

Investigators, including a Wyoming crash reconstruction expert and the North Dakota Bureau of Criminal Investigation, are looking into the circumstances surrounding the crash and making a forensic map of the crash scene. A preliminary autopsy report showed Boever died from extensive traumatic injuries from the crash, but a complete report will take several weeks to complete, Secretary of Public Safety Craig Price said.

Ravnsborg initially told a county sheriff dispatched to the crash site that he thought he struck a deer on U.S. Highway 14 near Highmore in central South Dakota. He said it was only the next morning, when he had returned to the scene, that he found he had struck a man.

The family of Boever has questioned how Ravnsborg could have mistaken a man for a deer, especially in a state where collisions with deer are a common hazard to driving rural highways.

“I hit something,” Ravnsborg says in a recording of the 911 call he made after the crash. “It was in the middle of the road.”

The attorney general was driving home to Pierre from a Republican fundraiser some 110 miles (180 kilometers) away in Redfield when the crash happened. Ravnsborg had said he had nothing to drink and announced in a public statement that he had had his blood drawn by investigators. In the 911 recording, Ravnsborg sounds composed and his speech is not slurred.

Secretary of Public Safety Craig Price said the toxicology report found “zero” alcohol in Ravnsborg’s blood, which was drawn on the day following the crash at 1:30 p.m. Ravnsborg has also said he agreed to let investigators search two cellphones he had with him.

Gov. Kristi Noem has promised a transparent investigation into the Republican attorney general, who is serving his first term in office after winning election in 2018.

But Nick Nemec, Boever's cousin, said he was frustrated with how slow the investigation was proceeding. Boever's body was cremated about a week after he was killed, leading Nemec to question why has taken more than a month for a full autopsy report to be released.

“I understand you want to do a thorough job, but it sure does seem like it's gone on to the back burner,” he said.

Crash investigations in the state usually take around a month to complete, and Noem said she called for the news conference to give as “much information as we can that would be appropriate to release at this time.”

Officials released little else and said the investigation may take several more weeks. Price said investigators have faced delays as they travel back and forth from North Dakota while awaiting the complete autopsy report.

Noem declined to comment on whether he should have taken a leave of absence during the investigation and said she has not been in communication with him.

The South Dakota attorney general said in a statement Monday night that he and the local sheriff searched a crash scene after he thought he hit a deer Saturday night but they both missed spotting the pedestrian he had hit and killed.

RAPID CITY, S.D. — The South Dakota Attorney General reported hitting a deer Saturday night but had actually hit and killed a pedestrian whose…

Kristi Noem on Tuesday blamed South Dakota's recent surge in coronavirus cases on an increase in testing, even as the state saw a new high in the number of people hospitalized by the virus.

South Dakota Attorney General Jason Ravnsborg was distracted before he drove onto a highway shoulder where he struck and killed a pedestrian in September, state Secretary of Public Safety Craig Price said Monday.

South Dakota Attorney General Jason Ravnsborg said he's confident he didn't commit a crime when he struck and killed a man as he drove along a dark highway in September.

A team of prosecutors is waiting for testing results on a piece of debris that may indicate where the South Dakota attorney general's car was when he struck and killed a man over three months ago, a prosecutor said Monday.

Tire tracks are visible on the side of the highway on Monday, Sept. 14, 2020 where Joe Boever's truck sat Saturday night when he was killed while walking back to the vehicle outside of Highmore, S.D. For South Dakota Attorney General Jason Ravnsborg spending Saturday driving hundreds of miles on the state’s roads was not unusual. But by Sunday, it was clear that his latest trip was anything but routine — an investigation was underway that would later reveal he struck and killed a man walking along a rural stretch of highway.