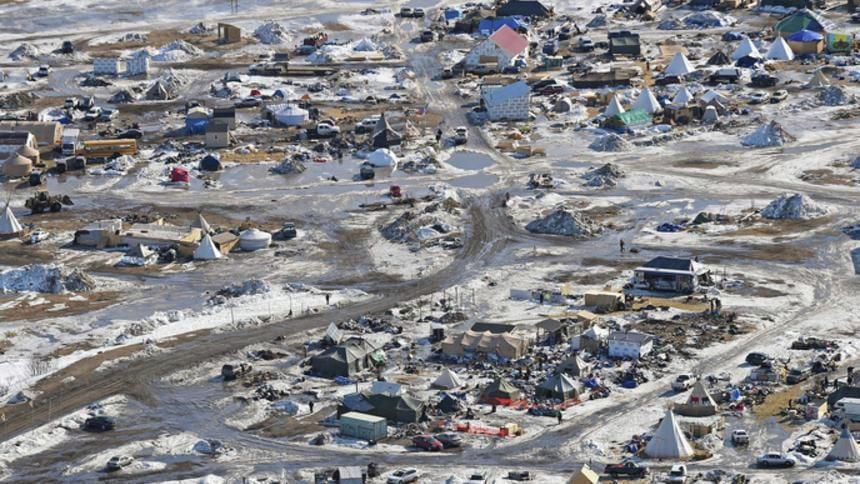 An aerial view of the main protest camp Monday, Feb. 13, 2017, on U.S. Army Corps of Engineers land at the confluence of the Missouri River and Cannonball River in southern Morton County. This view shows the camp's main entrance road at left with cluster of tents in lower center being the camp headquarters. 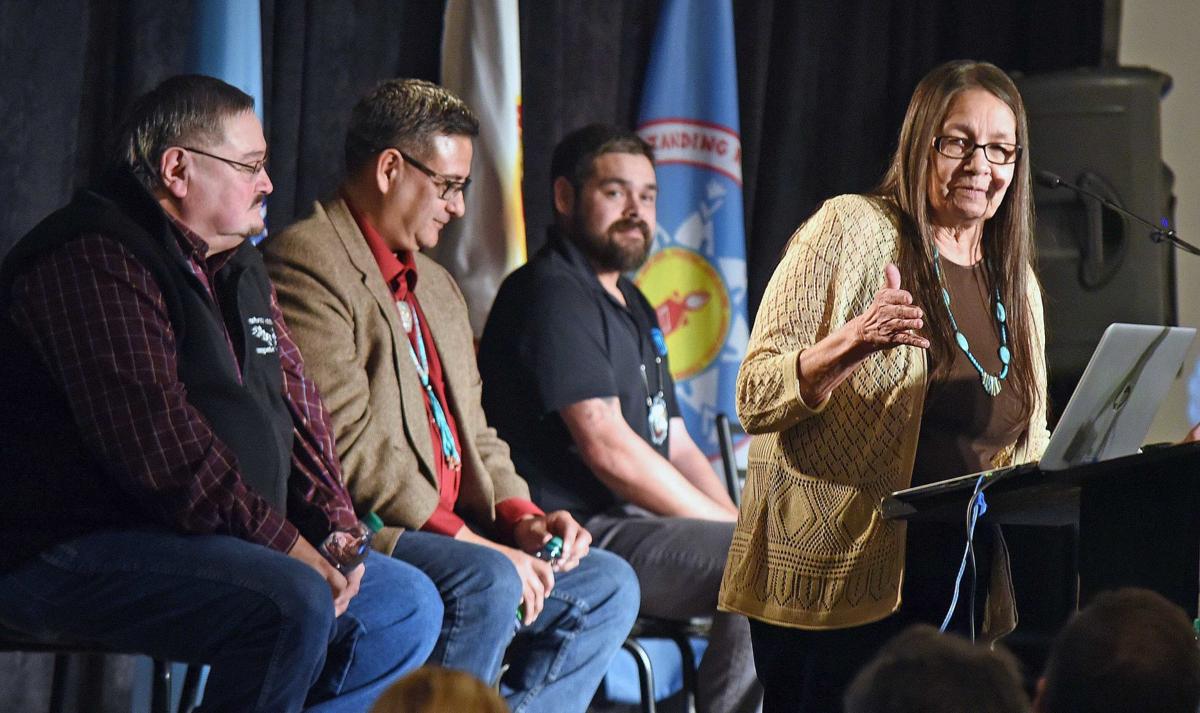 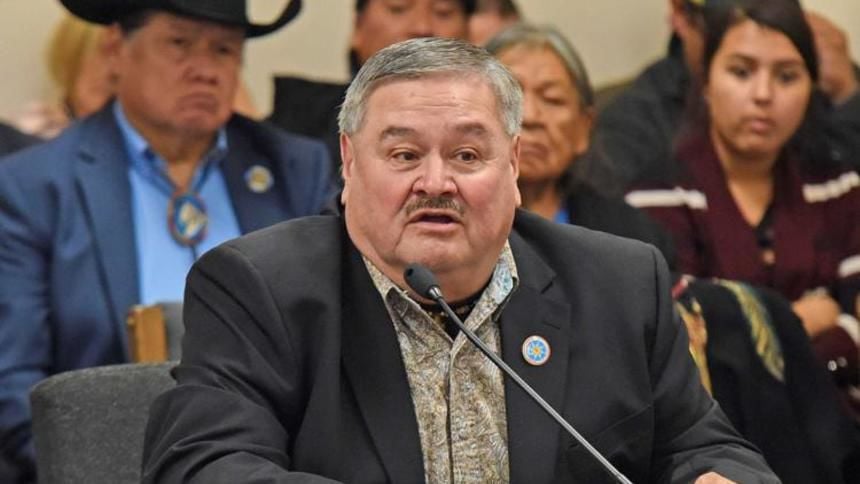 Law enforcement remained in place on Highway 1806 on Friday, Oct. 28, 2016, north of the backwater bridge, later bringing in cement barricades in front of their vehicles.

MANDAN, N.D. — The nearly yearlong Dakota Access Pipeline protests that ended in early 2017 created tension at the border between the Standing Rock Sioux Nation and ranchers in the neighboring county.

But in the two years since protest camps were evacuated and cleaned up, both sides have worked to mend their relationships.

“The people who live here, we do commerce with each other, we do rodeos together, basketball, church, marriages. That goes way back,” said Scott Davis, executive director of the North Dakota Indian Affairs Commission. “I think we’ve recognized that those relationships are still there.”

In response to the protest, Davis set up the Strengthening Government to Government Partnerships and Relationships conference in order to open dialogue between tribes and the state and learn lessons from the #NoDAPL movement. This fall, he’ll host the third annual event with tribes from across the state and government officials, including Gov. Doug Burgum.

“None of us ever want to experience that again,” said Davis, an enrolled member of the Standing Rock Sioux Tribe.

The Dakota Access Pipeline protest began in April 2016 when Energy Transfer Partners began building a 1,172-mile underground pipeline stretching from the Bakken oil field to Illinois, spurring worry among tribal members that the pipeline’s route at the tip of the reservation near the Missouri River could contaminate the water in the case of a leak. The protest received national attention when thousands of Native and non-Native people from across the country arrived on the scene to help the so-called water protectors.

With the protest exploding in size and prominence, ranchers in the bordering Morton County worried about damage to their property from outsiders. Travel was stifled, too, as law enforcement created a barricade along the main road, Highway 1806, close to the protest on the border between Standing Rock and Morton County.

For Standing Rock, Vice Chairman Ira Taken Alive said the protest was an overall net gain for the tribe.

“It brought all eyes to Standing Rock,” he said. “It brought attention to treaty issues, historical trauma issues, federal Indian policy that has been a detriment to our communities for a century.”

But for ranchers across the border, Standing Rock Sioux Tribal Chairman Mike Faith, who took his role in 2017 after the protests ended, said Morton County was dragged into the situation.

“I still to this day kind of feel for Morton County,” he said.

Morton County is the “heart of cattle country” as it’s the top beef county in the state, according to Julie Ellingson, the executive vice president of the North Dakota Stockmen’s Association and a cattle rancher in the county.

“Landowners in the area were collateral damage,” she said.

Mary Graner, a fourth-generation rancher, lives 10 miles north of Standing Rock. She said “things were inconvenient,” and she had to haul hay, cattle and grain through the highway barricade.

Before the protest, Graner said she was close with the tribe. She donated sweet corn to the farmers market on the reservation and was gifted two indigenous star quilts for her contributions. Since the protests have ended, she said, “I think things are getting back to normal; I really do.”

Morton County Commissioner Cody Schulz said though government-to-government relationships were strained during the protests, the two sides have continued to be neighbors. Last spring during the Heart River flooding, Morton County even gave 10,000 sandbags to Standing Rock to help out the tribe. Personal relationships have been easy to mend, he added.

“Everything is so interconnected through marriage and friendship and jobs that that reconciliation is simple and organic,” he said.

BISMARCK, N.D. — The Standing Rock Sioux have requested a hearing on a plan by the developer of the Dakota Access Pipeline to double the line'…